Owning a bike for life is one of those experiences that few motorcyclists enjoy. Most of us either have to sell a bike to pay bills, trade for a newer model by choice, or throw a bike or two down the road. 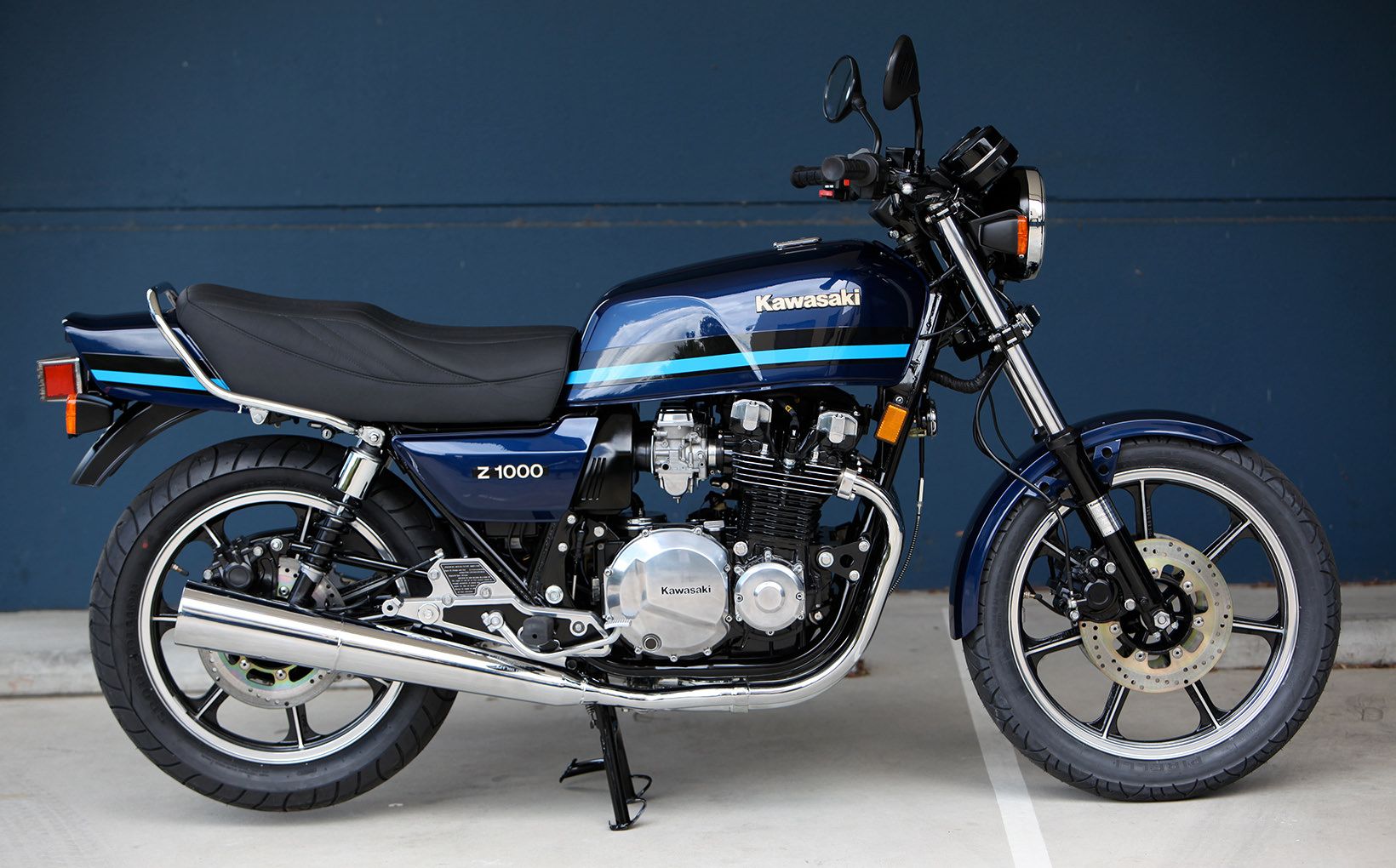 Nigel says he will never sell this bike. It is a part of his life he has owned for 40-years.

However, keeping a bike for good, from new, should be a goal for all of us riders.

Having owned my trust RZ125 since 1999, although 14 years old when I got it, I feel an attachment to that bike like no other. I’ll never sell it. Owning a bike from new since 1981 must be love on a much bigger scale… 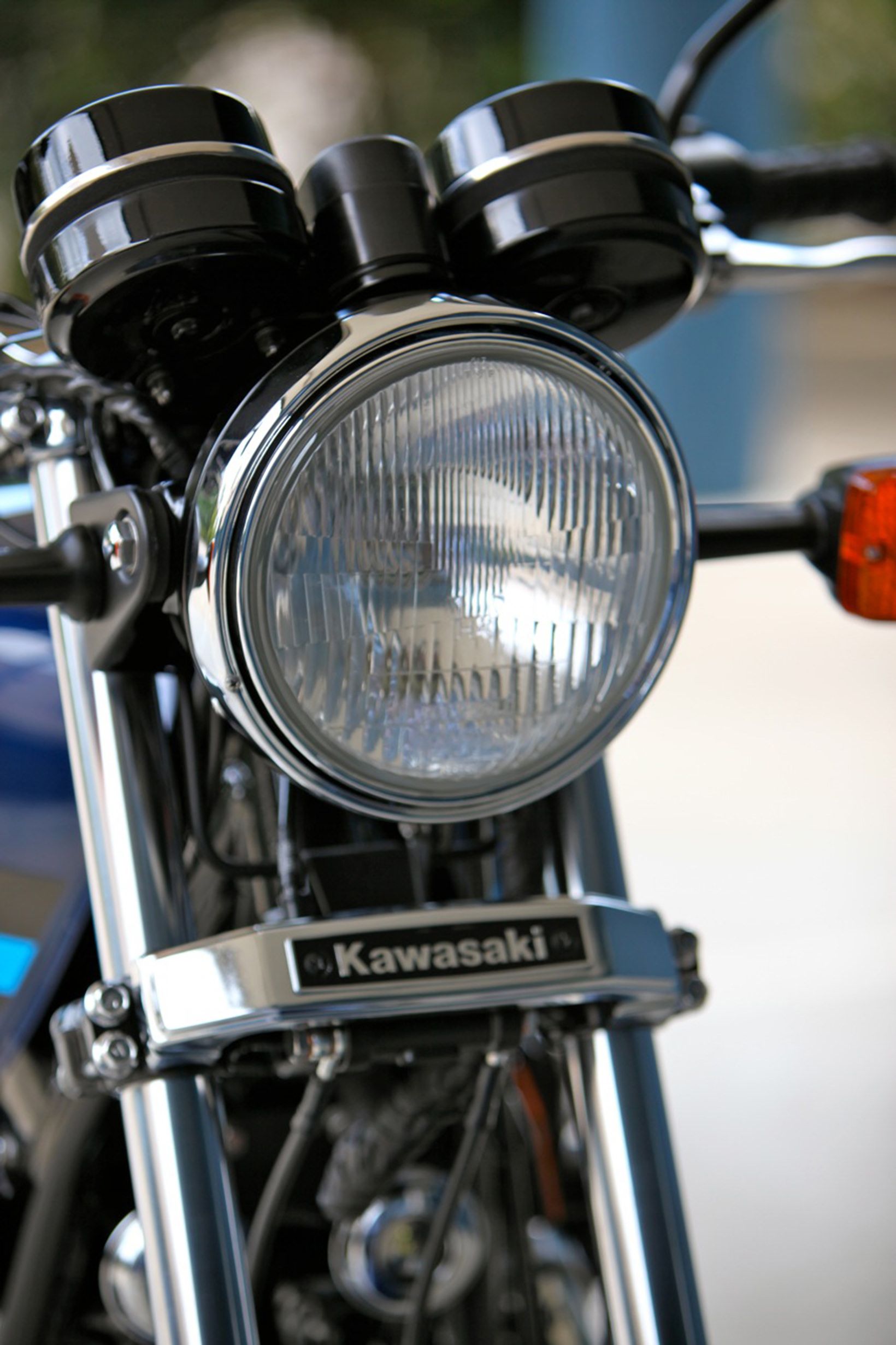 The headlight was cleaned up and the front-end rebuilt.

Nigel Anderson bought this stunning Z1000J brand spanking new way, way back in 1981 back in his native South Africa. “I bought the bike for $3000 new, says Nigel, “The choice was easy, as the Z1000J was the superbike of the day. It was the evolution of the Z9”… 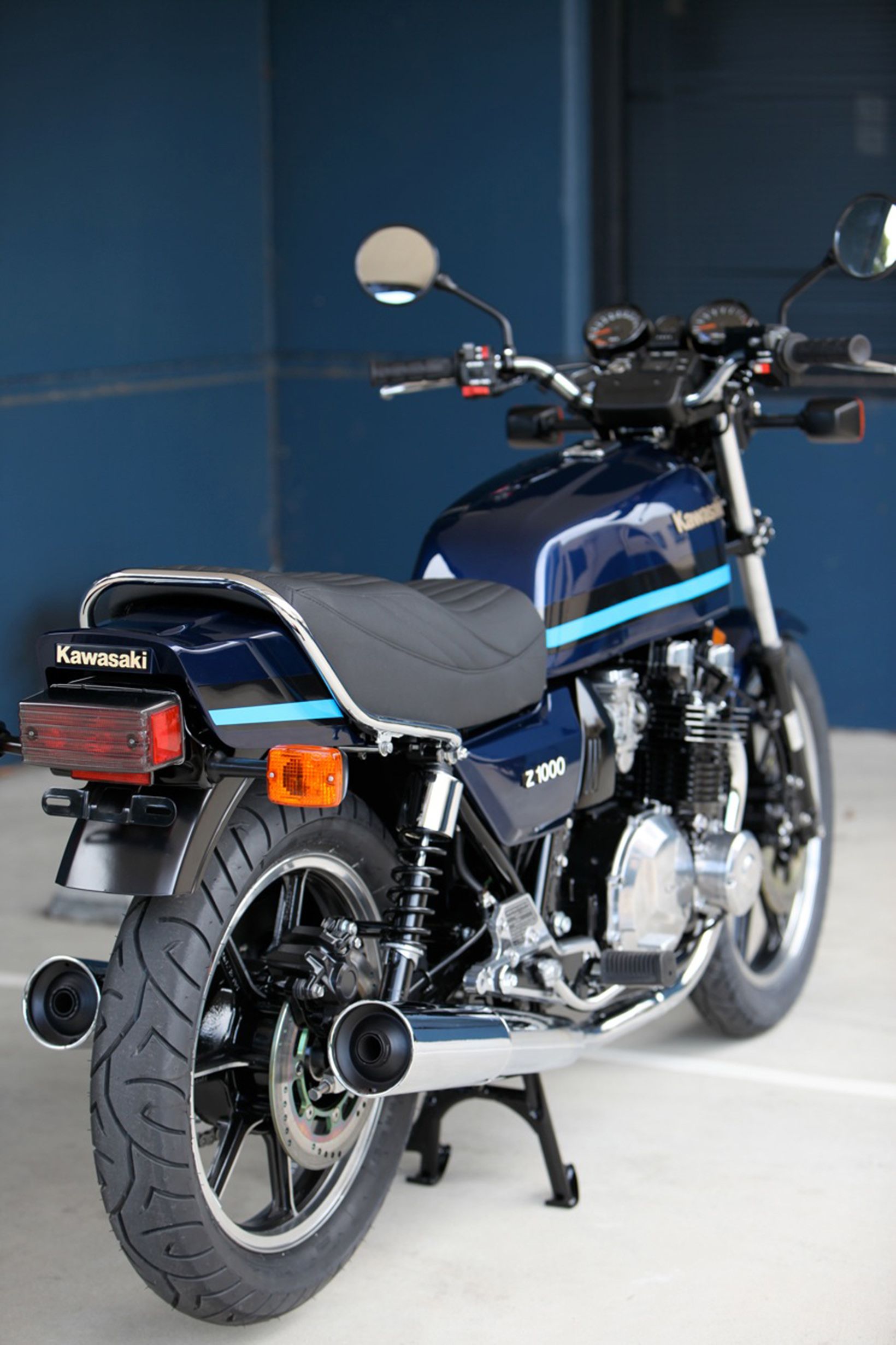 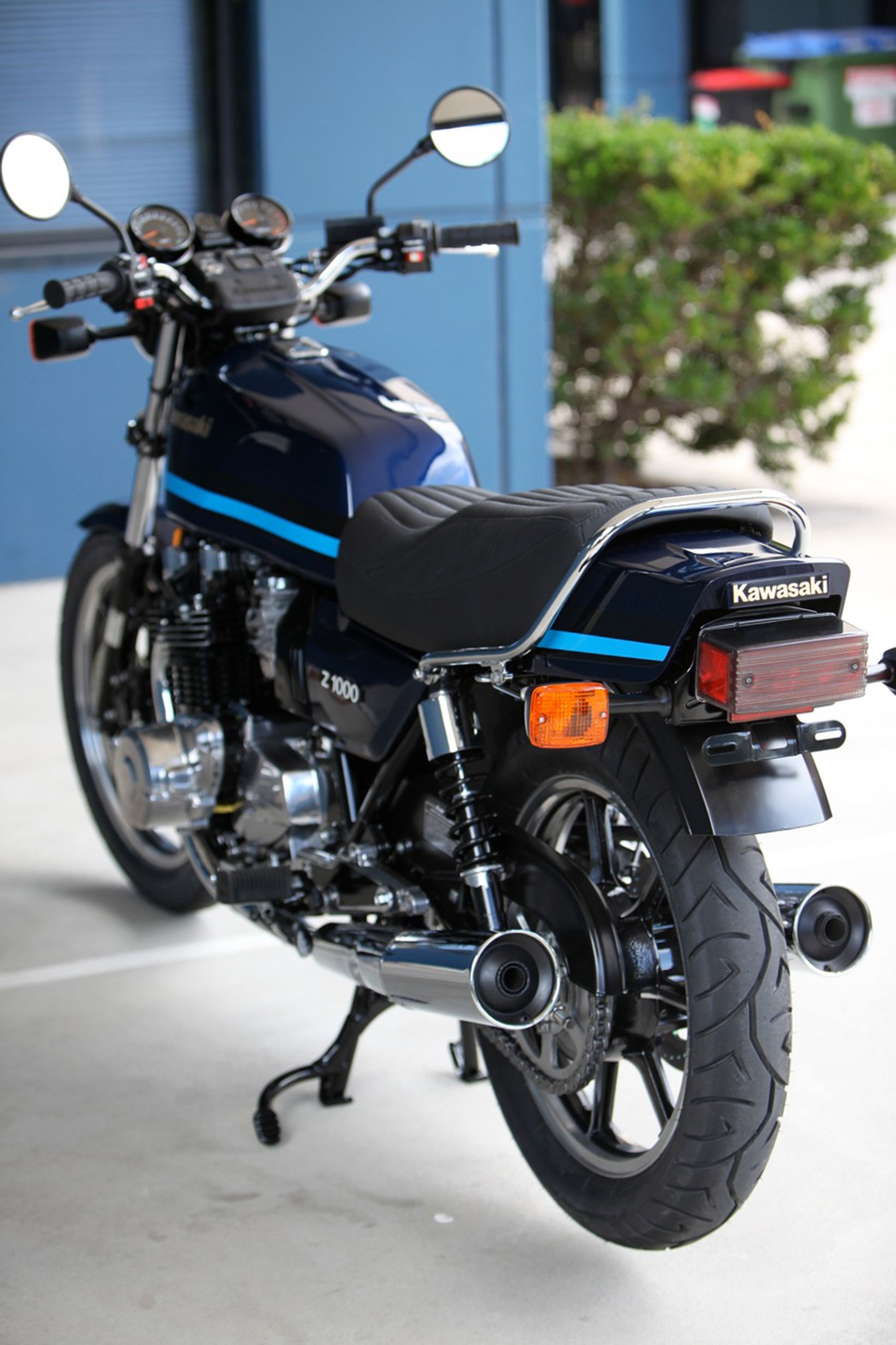 At 253kg hoisting the 1000J onto the centrestand would be no easy feat. Bikes were heavy back then!

After a few years of use riding in SA Nigel moved to Australia. Of course, the Z1000J had to come with him so was crated up and shipped off for the long haul.

A few more years use here in Australia then the bike was crashed and parked in Nigel’s garage. 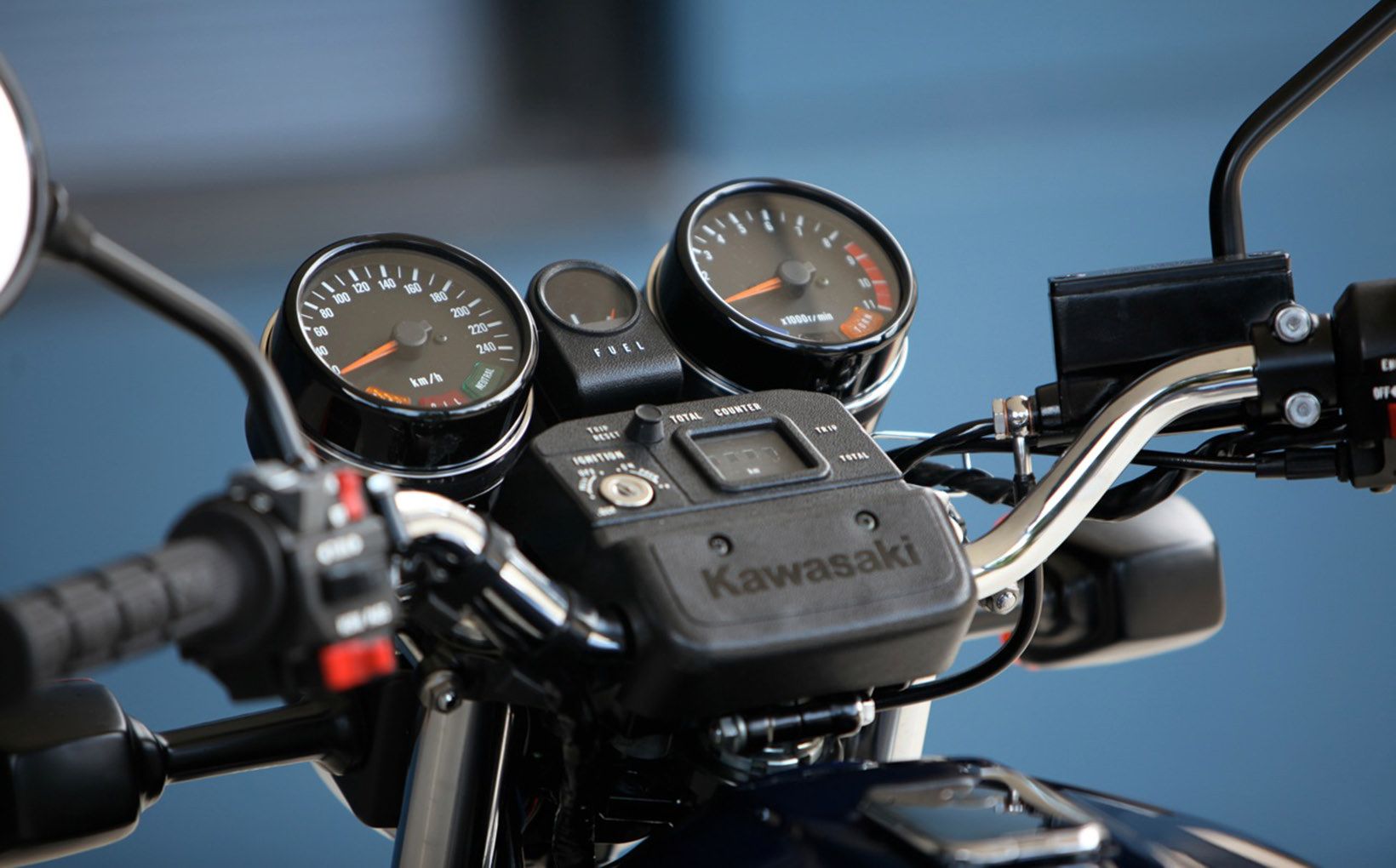 Clocks housing was repainted and the chroming redone. Nice work…

In 2011 Nigel decided to completely restore the bike back to better than new condition.

The entire bike was stripped back to every last nut and bolt. The mint original 29,000km engine was checked over and given the green light with only valve clearances required, however, some running gear was replaced. 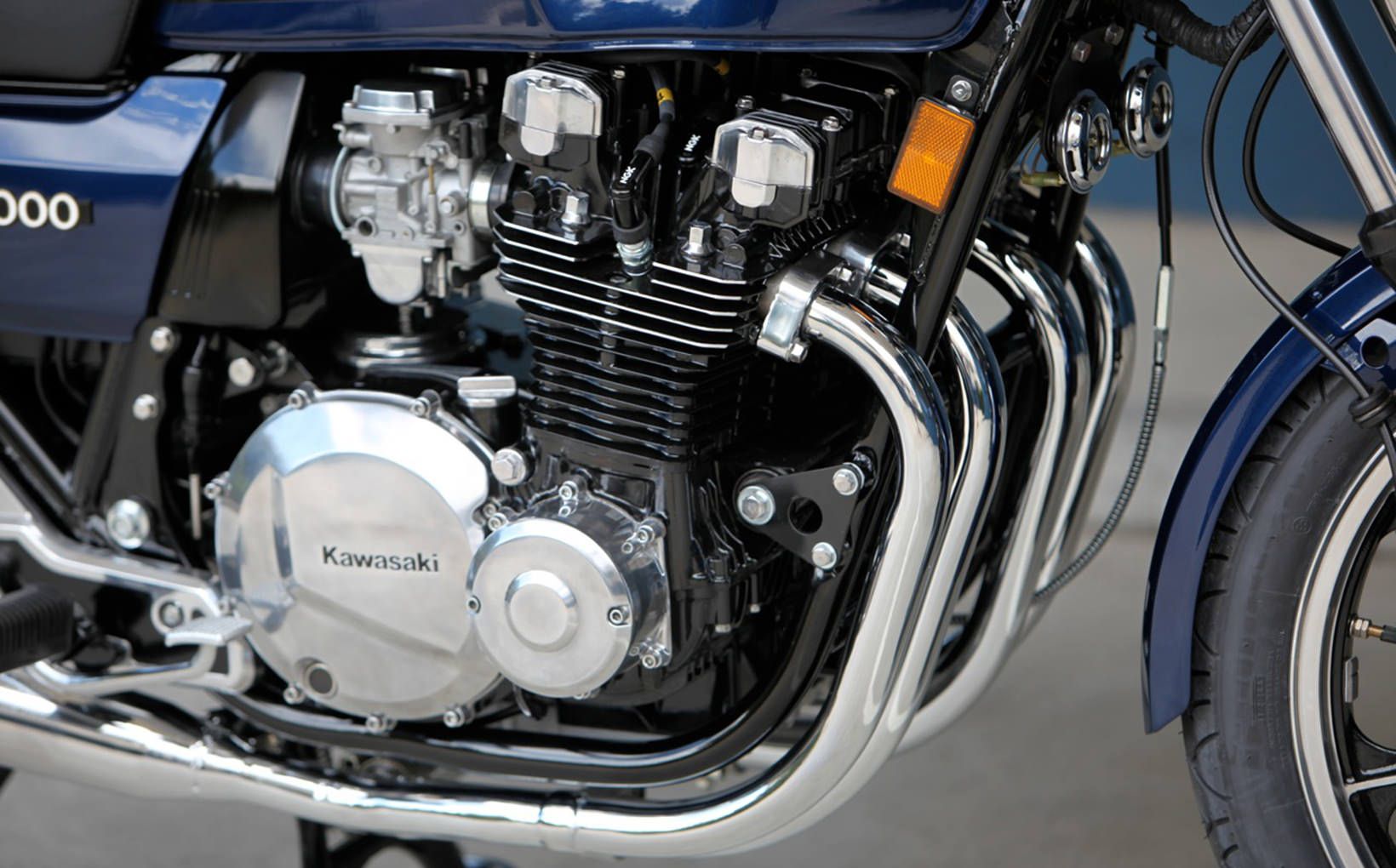 The original headers look so good, they must have cost a small fortune. The engine finish is better than new.

New coils were fitted along with leads and caps. New spark plugs went in, and the Mikuni CV carburettors were completely stripped and rebuilt. A new stock airfilter went in as well as new standard inlet manifolds. Nigel even managed to find a brand new stock exhaust system in Japan! 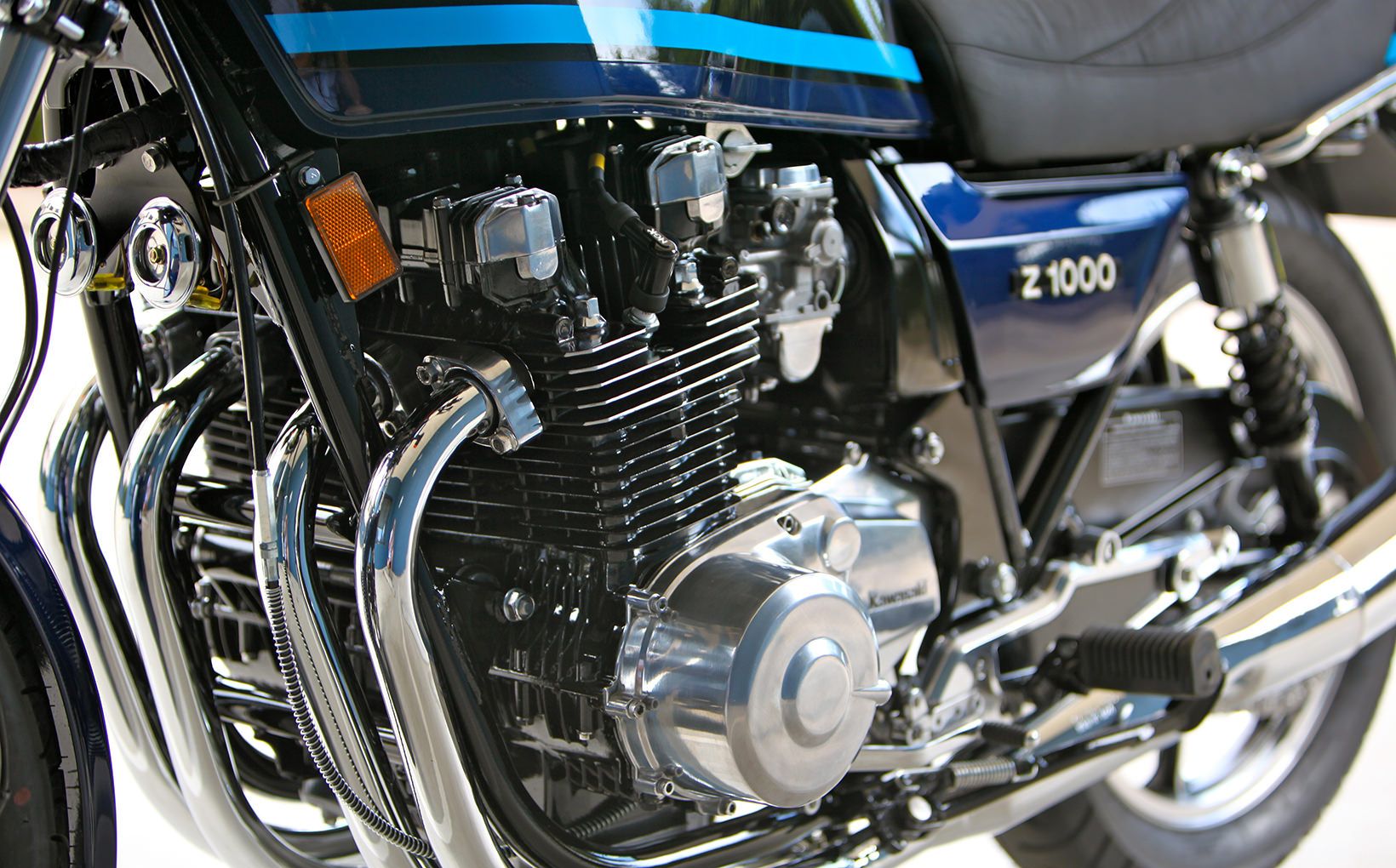 Lloyd Penn MC in Artarmon, Sydney, tuned the engine then Nigel turned his attention to the chassis. 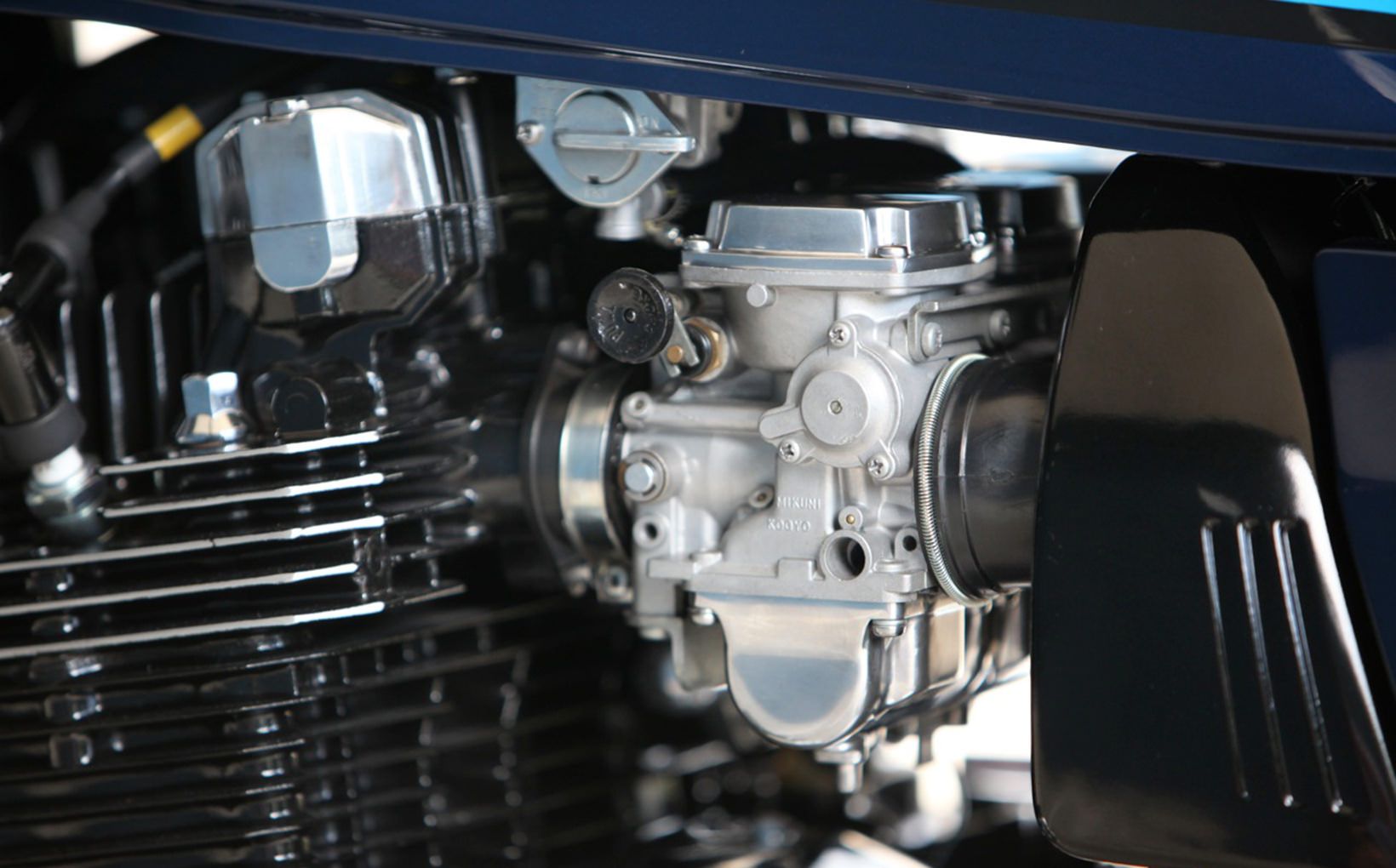 The carburettors were stripped and completely overhauled.

The frame was stripped and sandblasted by Laurie Alderton and re-painted original black with 2-pk paint by John at Mototech. Triple-clamps and bars and all alloy was polished to a new shine and the forks were rebuilt to standard specification. A set of Ikon shocks went on the rear. 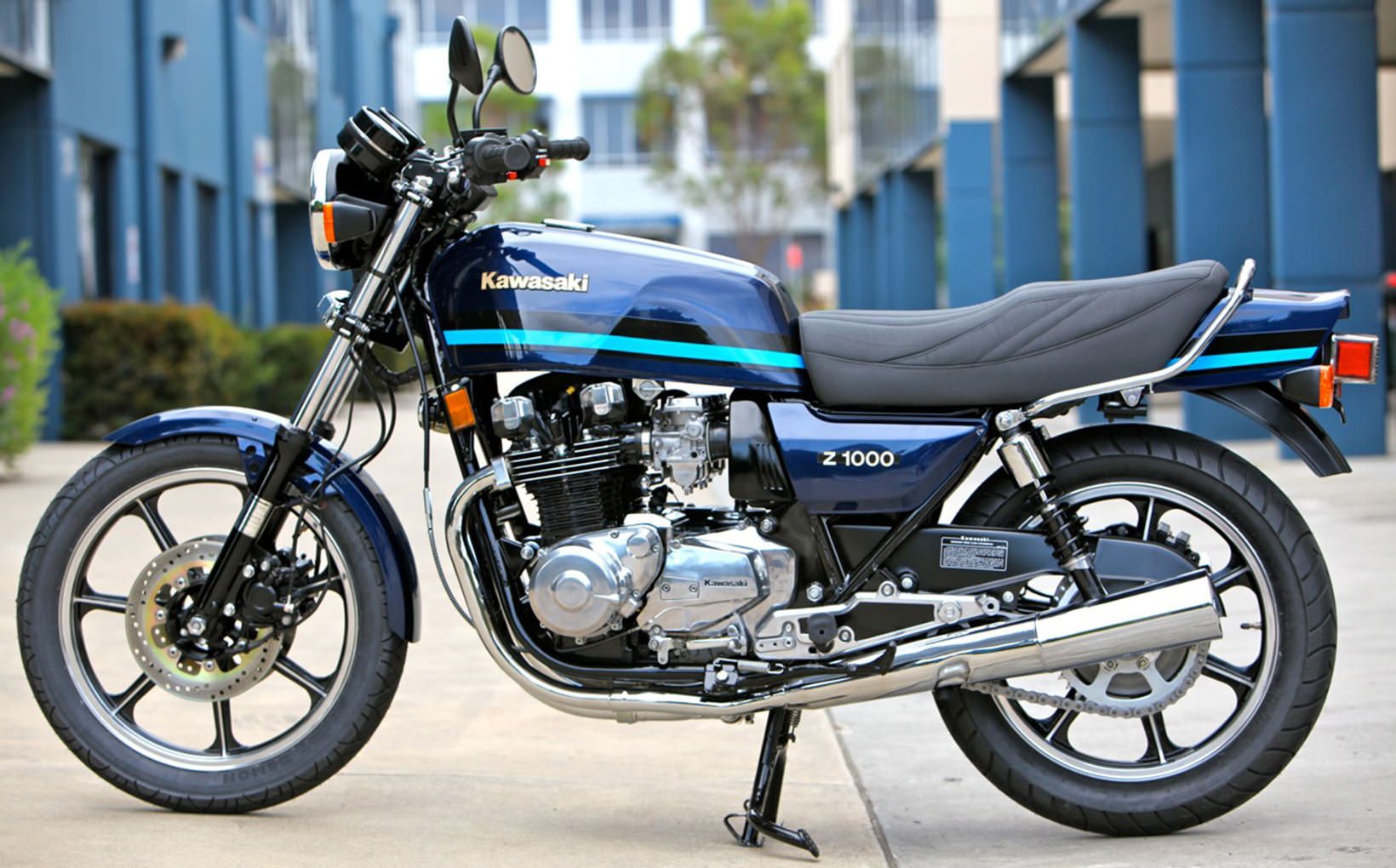 The frame was sent to Laurie Alderton where it was stripped and powdercoated. Cllide a Scope did the bodywork paint.

The next job was rebuilding the calipers with fresh seals and fluids. Kawasaki OEM brake pads were fitted and Hel brake lines. Front and rear wheel bearings went in and the rims were cleaned up to brand new with fresh rubber fitted. 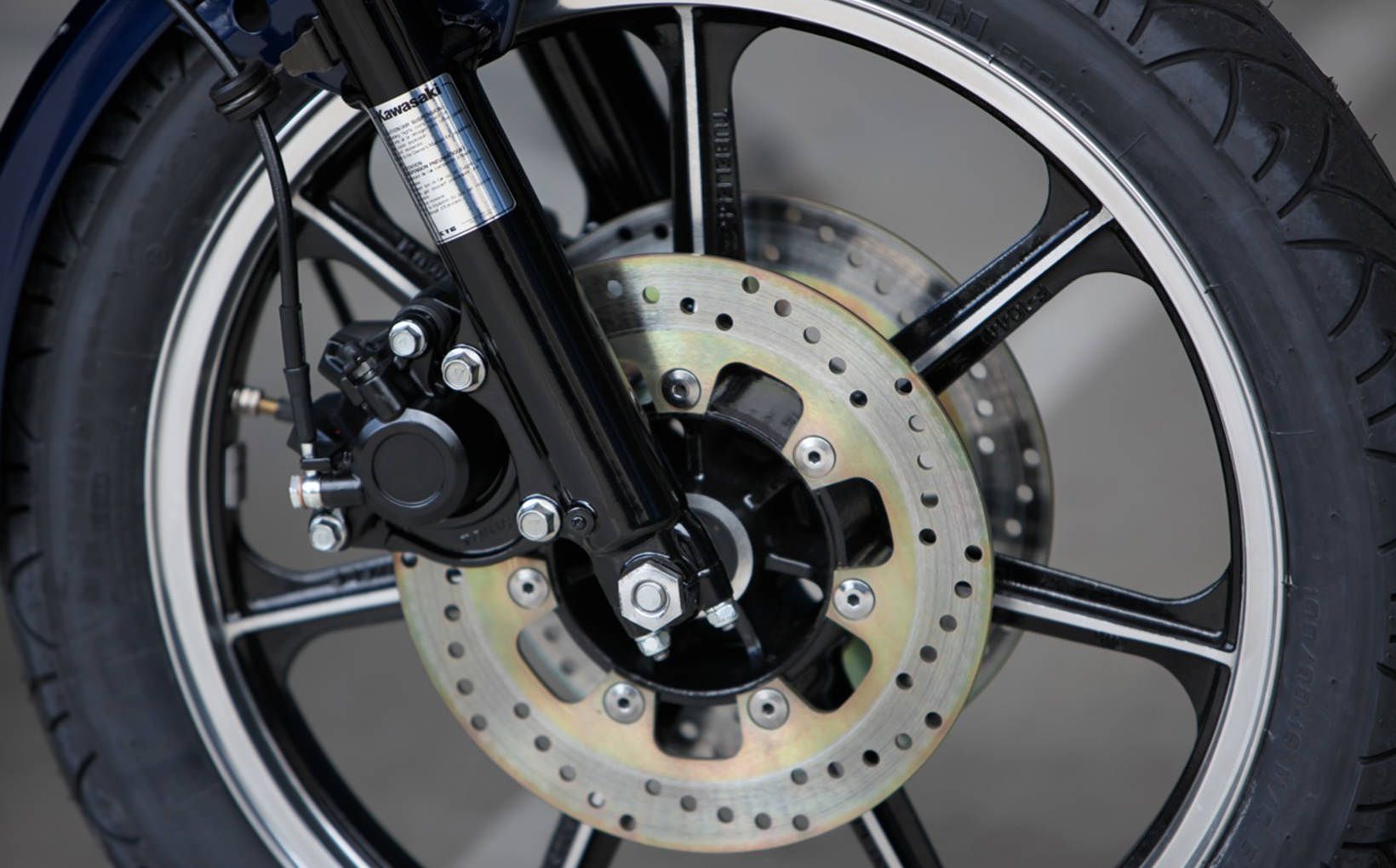 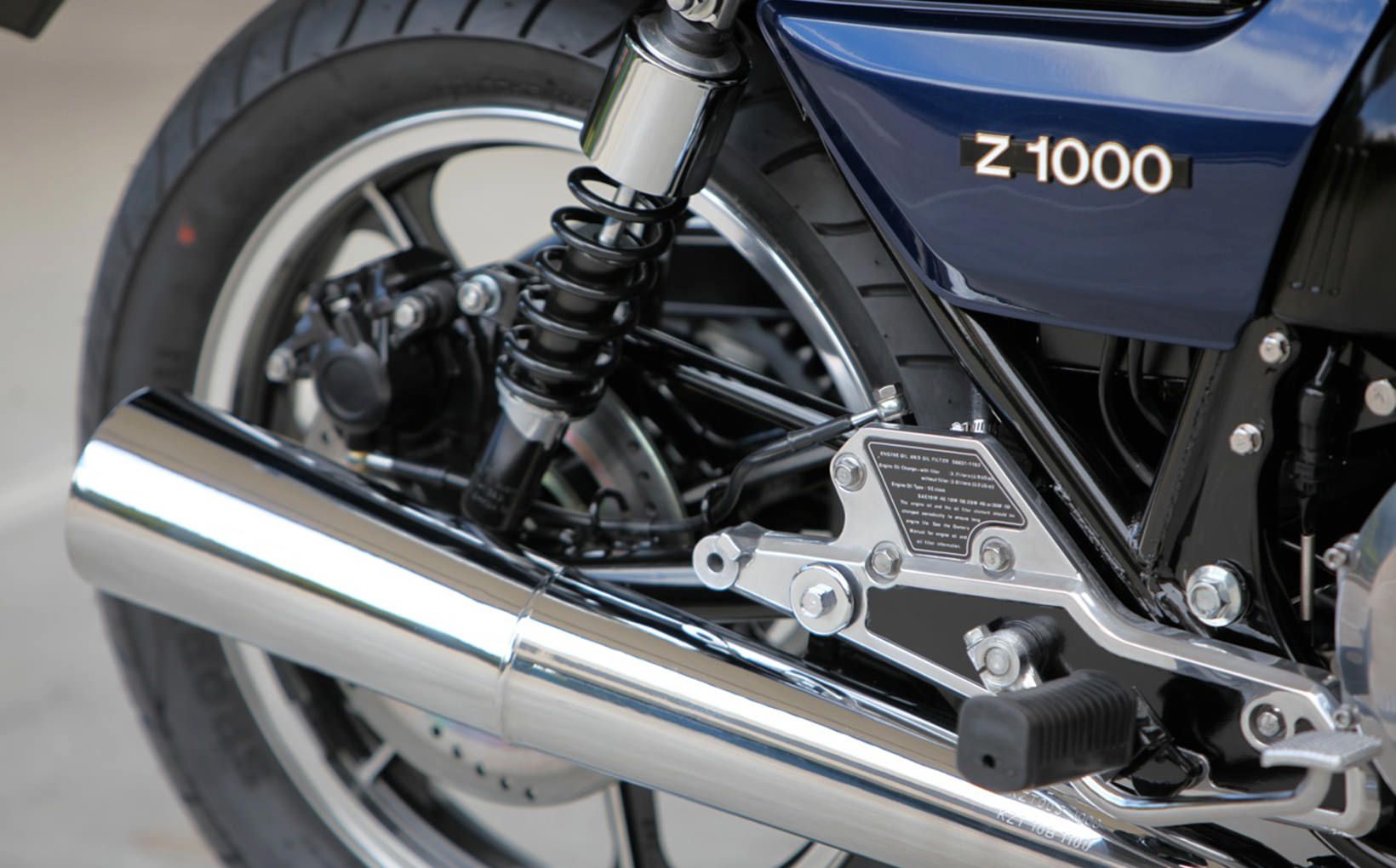 The bodywork had to be perfect to set this bike off, so the seat was sent off and re-covered in black leather while all bodywork including the fuel tank went to Collideascope in Hornsby, NSW, to be painted the original colour and design. 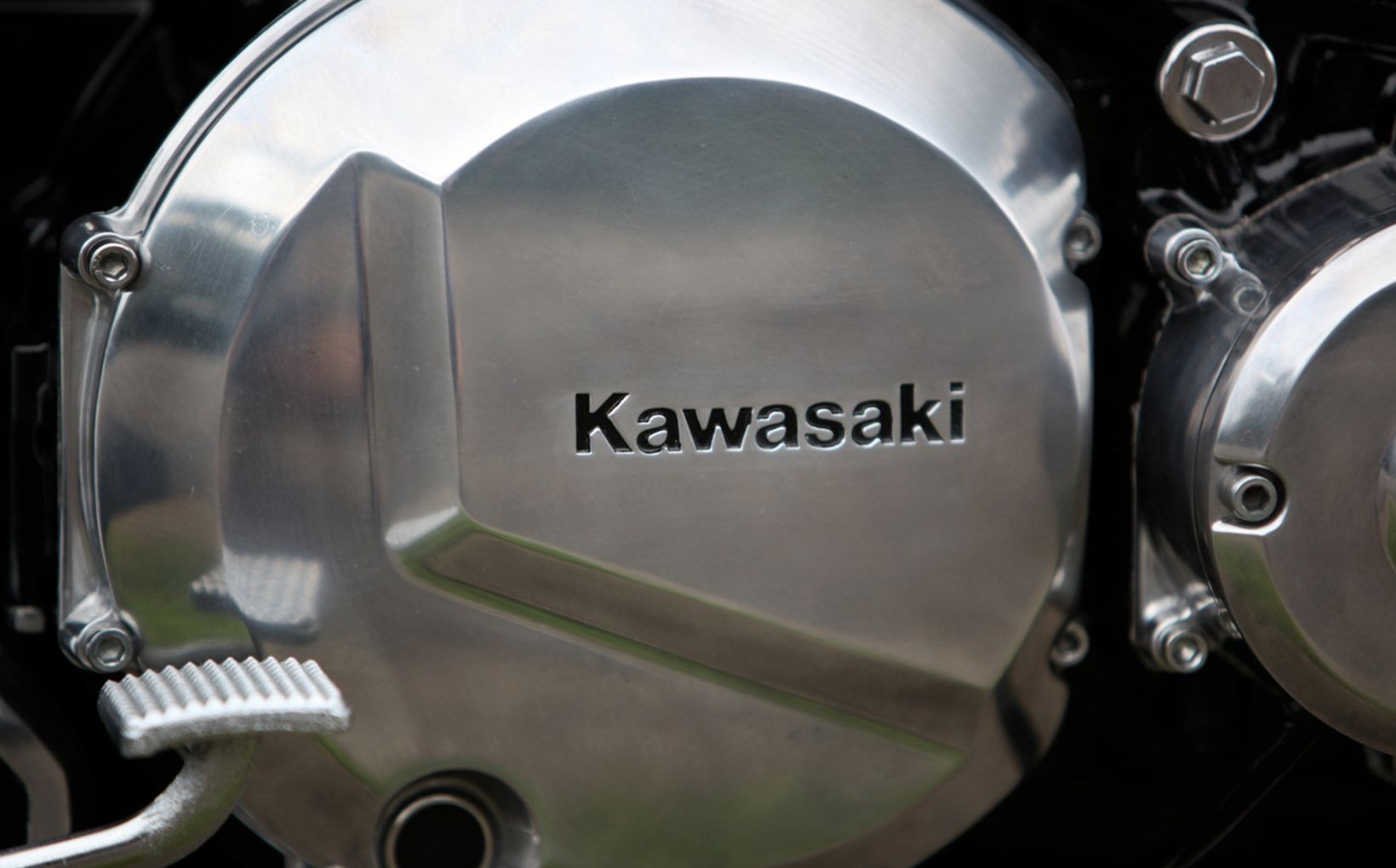 You could eat your dinner off the engine. 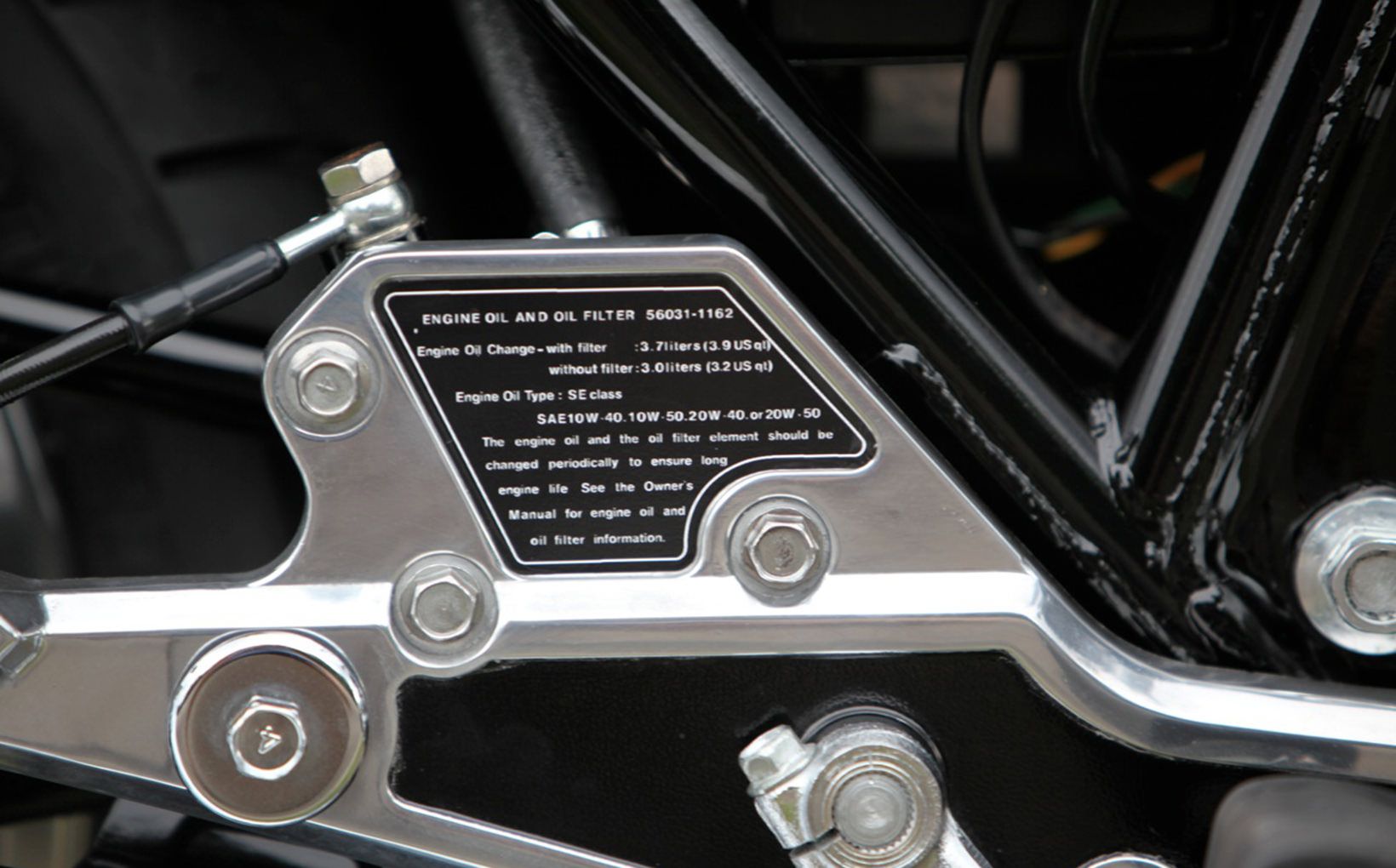 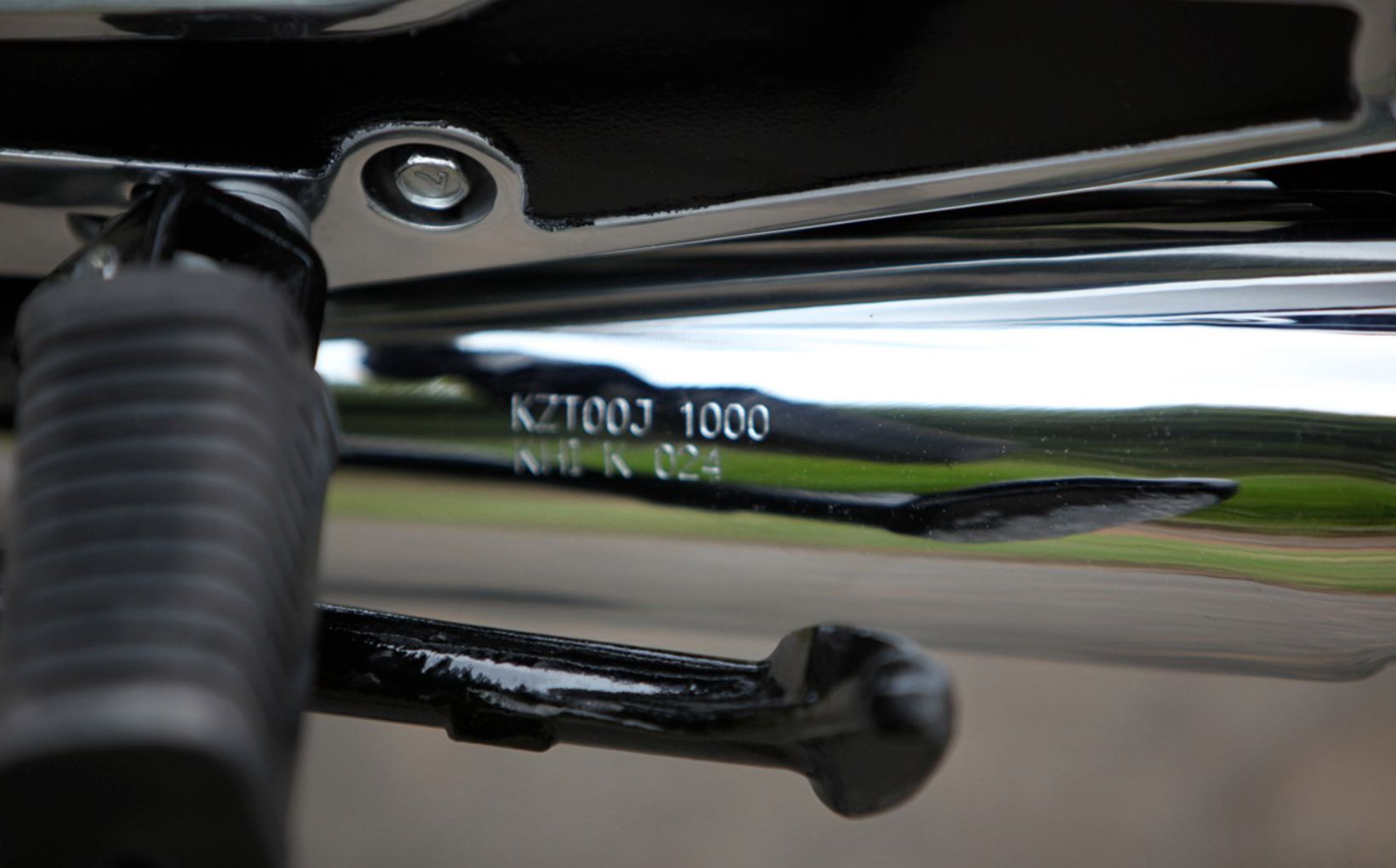 The exhaust is genuine. Check the new footpeg rubbers… 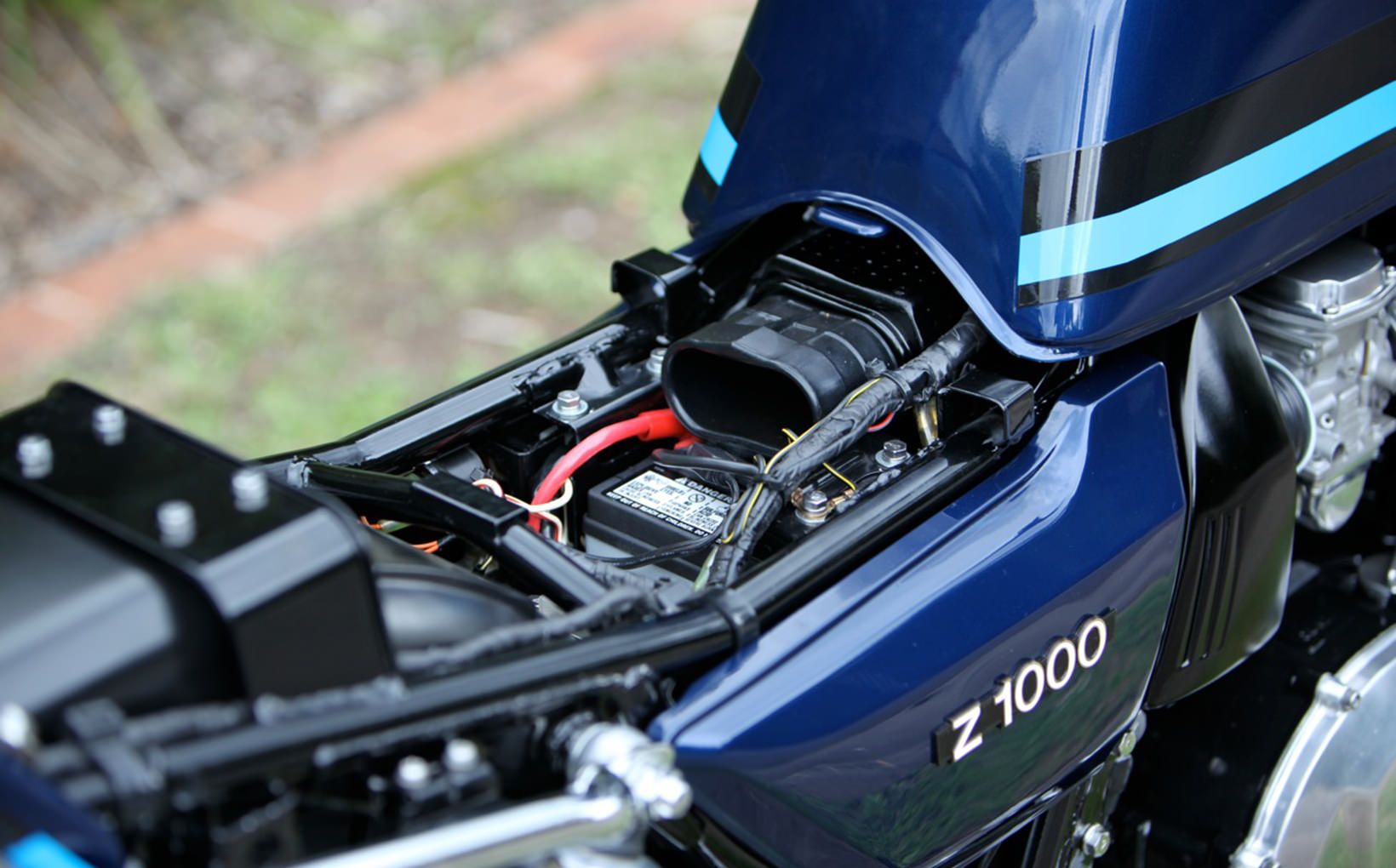 Under the seat, it is all as new, incredible attention to detail.

Even the switch blocks were re-engraved and painted to look new again. The clocks were like new but the housing looked old so was re-painted and anything chrome was re-chromed by Blu-Chrome in Bankstown, NSW. 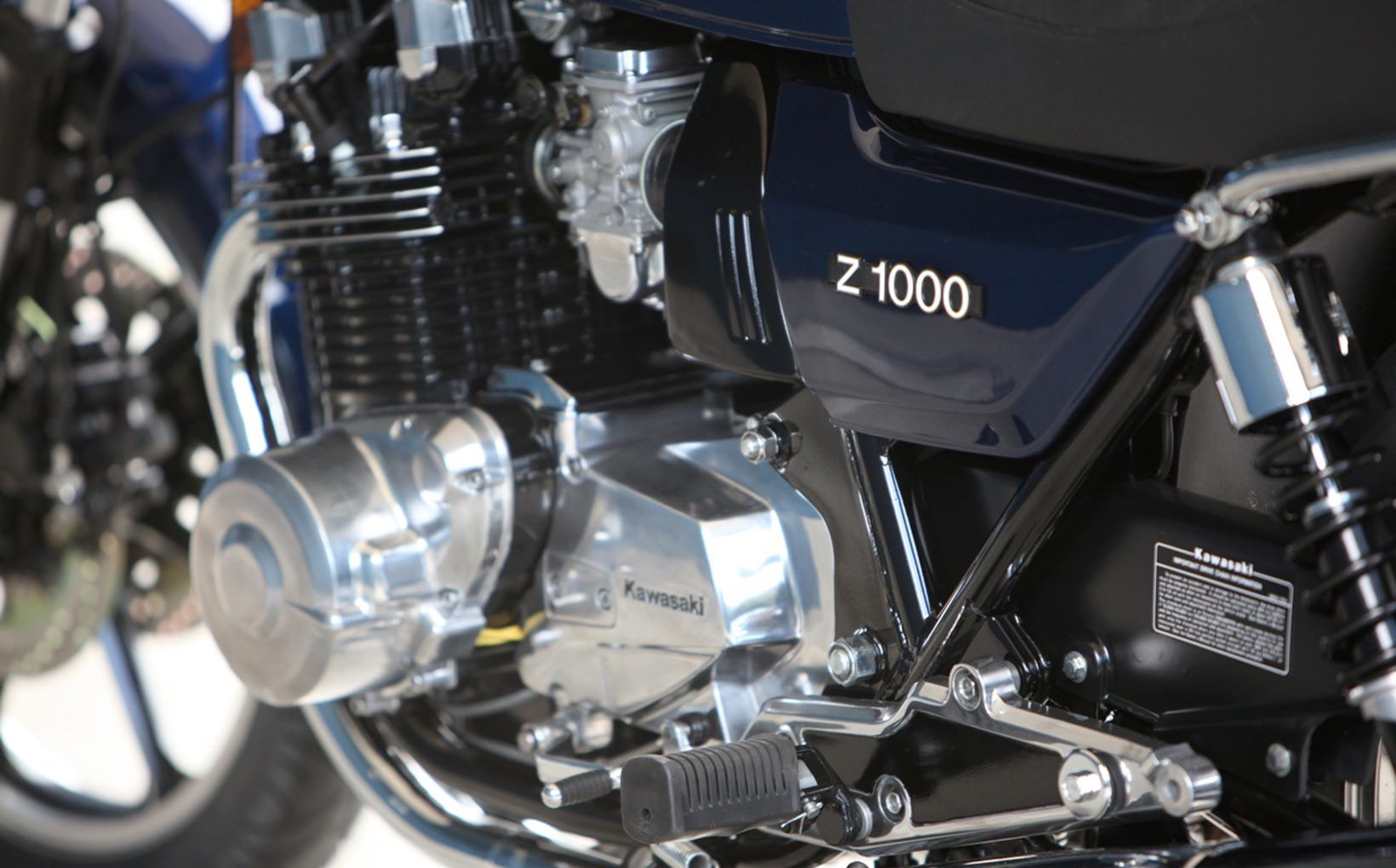 The cases came up better than new. It just all looks straight off the showroom. 100 per cent effort. 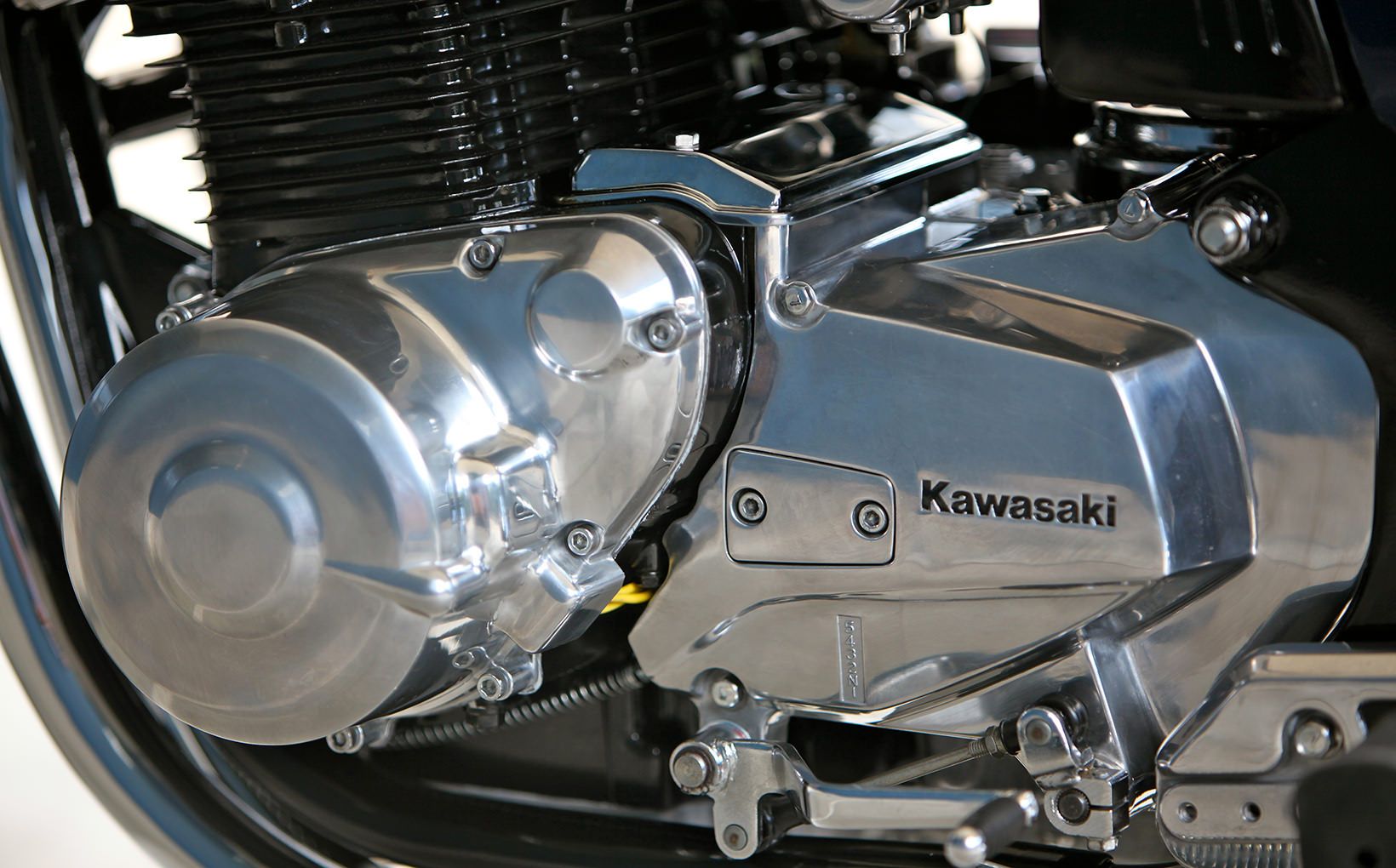 The engine only had 29k on it so all that was required was a good service and valve-clearance check.

The finished product is simply stunning. Just take a look at the images…

“I’ve put around 400 hours into this bike,” admits Nigel, “It will never be sold. This was an emotional rebuild, having owned the bike since new. I am now halfway through a CB750K1. I have a K0 to do next, then I’ll get a Jaffa”.

Sounds like Nigel is well and truly stuck in 1981. Lucky man! 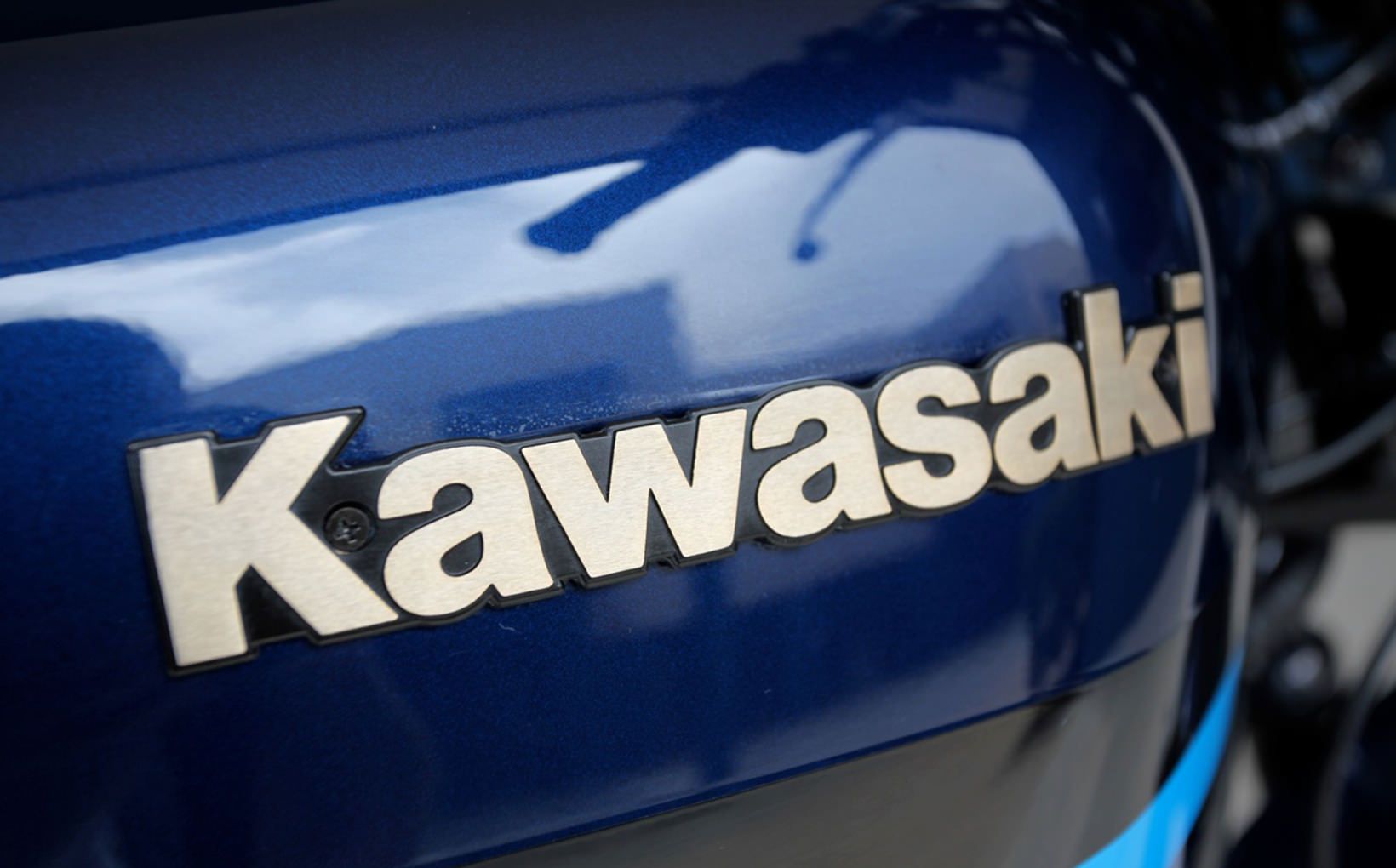 Protect your Kawasaki. Call Shannons Insurance on 13 46 46 to get a quote today.