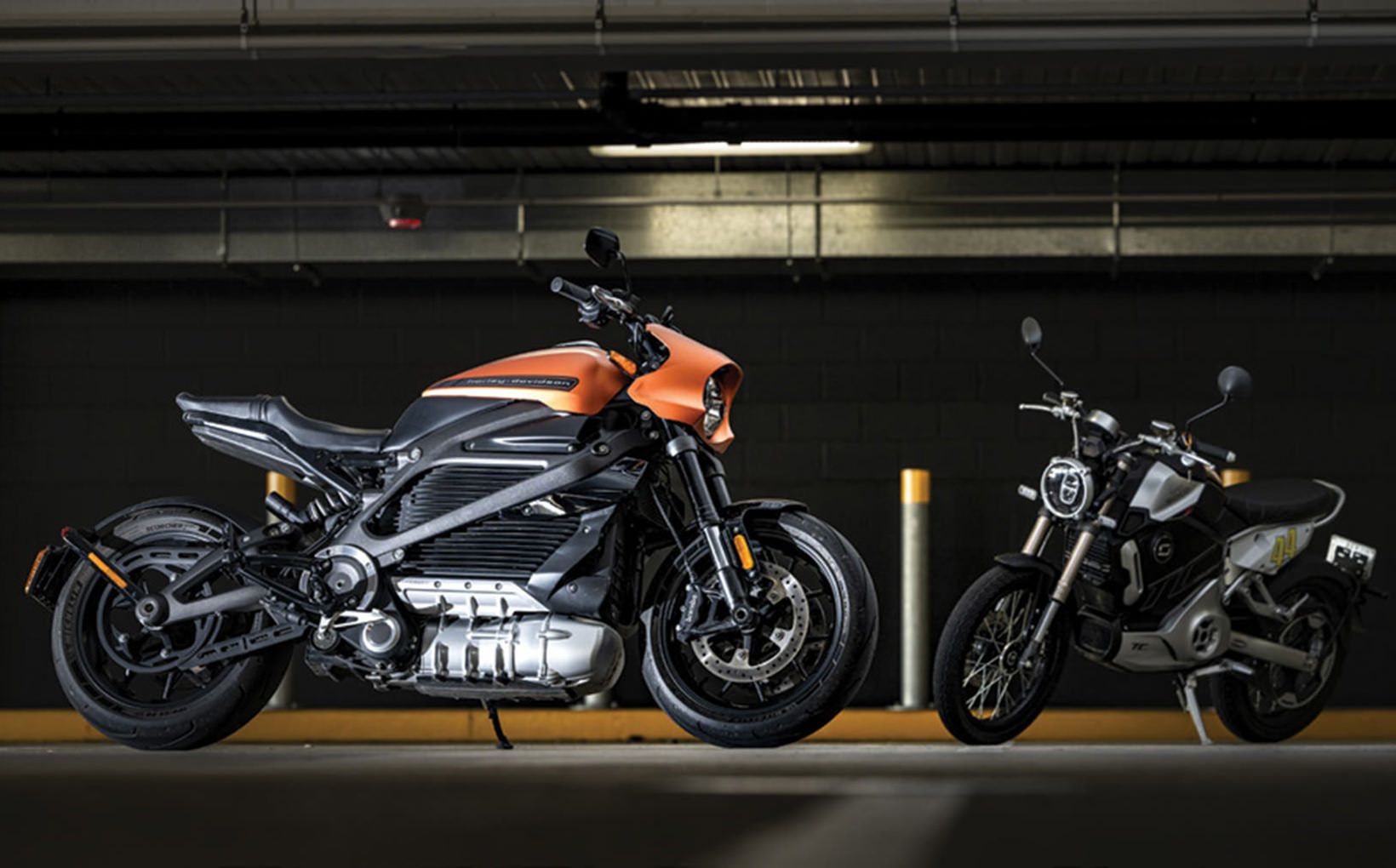 A few years back, before I had actually ridden one, I was a bit negative about the idea of a motorcycle powered by a washing machine motor, that made little to no noise and didn’t ooze fond pongs like petrol and oil and the aroma of road grime on hot header pipes.

Then I rode Harley’s LiveWire (AMCN Vol 70 No 06), the Motor Company’s most technologically advanced creation, whose performance you simply can’t argue with. And if you think you can argue with it, you haven’t ridden one. 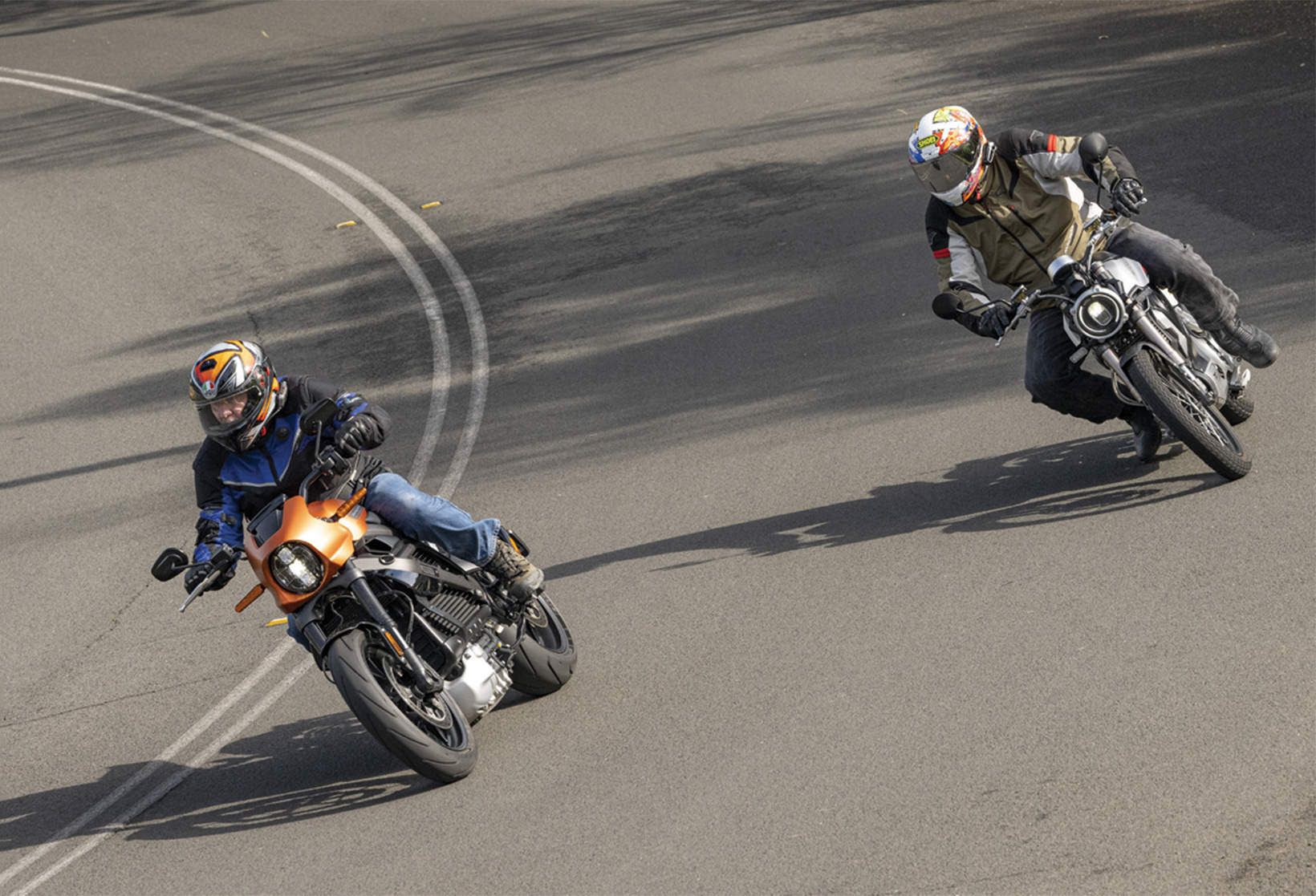 Two more different beasts are hard to imagine: the LiveWire and the TC Max

Now with a LiveWire lobbing at Gassit HQ for a couple of weeks, I’ve had more of a chance to see what the all-electric H-D is like as a real-world proposition and in that time my interest and enthusiasm for electric bikes has grown. I’ve always been interested in motorcycling’s latest tech advances – I mean, that’s the reason MotoGP is considered the pinnacle of road racing, isn’t it, and one of the reasons we lash out on the latest you-beaut motorcycles?

So from this angle, I struggle to understand why so many riders are quick to discredit motorcycling’s latest emerging tech. Tech, which in just a few short years, has almost reached performance parity with our beloved internal-combustion engined bikes. 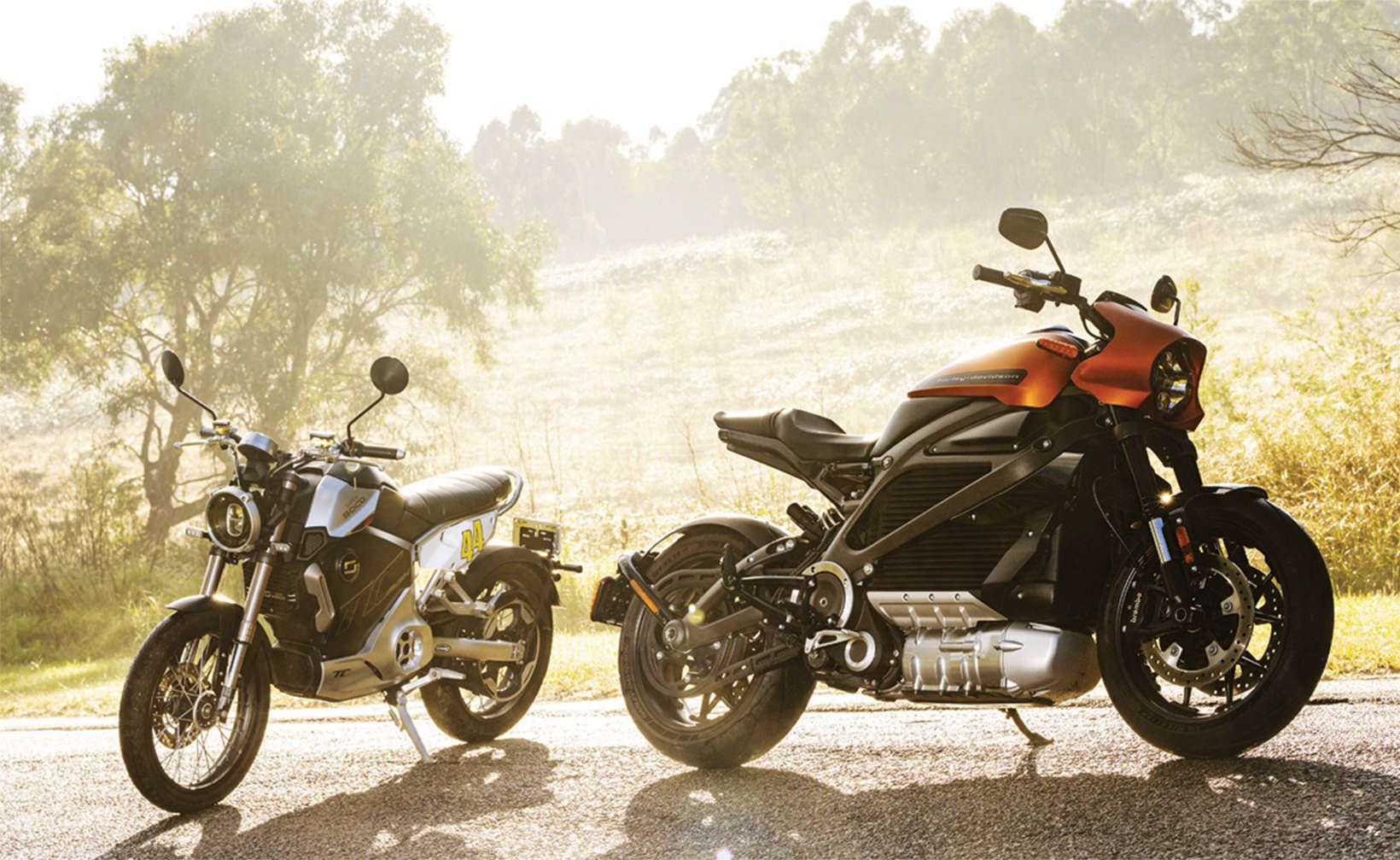 Nestled alongside the LiveWire for the duration of its stay was AMCN’s first electric long-termer, Super Soco’s TC Max. In every possible way, the LiveWire and the TC Max live at different ends of the two-wheel EV spectrum; features, tech, performance and price. The TC Max is a light and simple electric commuter, perfect for blasting around town on, while the LiveWire is an electric approach to a serious ‘big-bore’ motorcycle.

First, let’s address the elephant in the room. Range. Yes, you’ll get fewer kilometres down the road than you would on an equivalent petrol-powered motorcycle and yes, it will take longer to charge the battery than it would to fill your fuel tank – and that goes for both the $8290 (ride away) TC Max and the $49,995 (ride away) LiveWire. And unless you venture along a similar route each ride and you know the battery can get you where you need to go, range anxiety is going to become a companion. 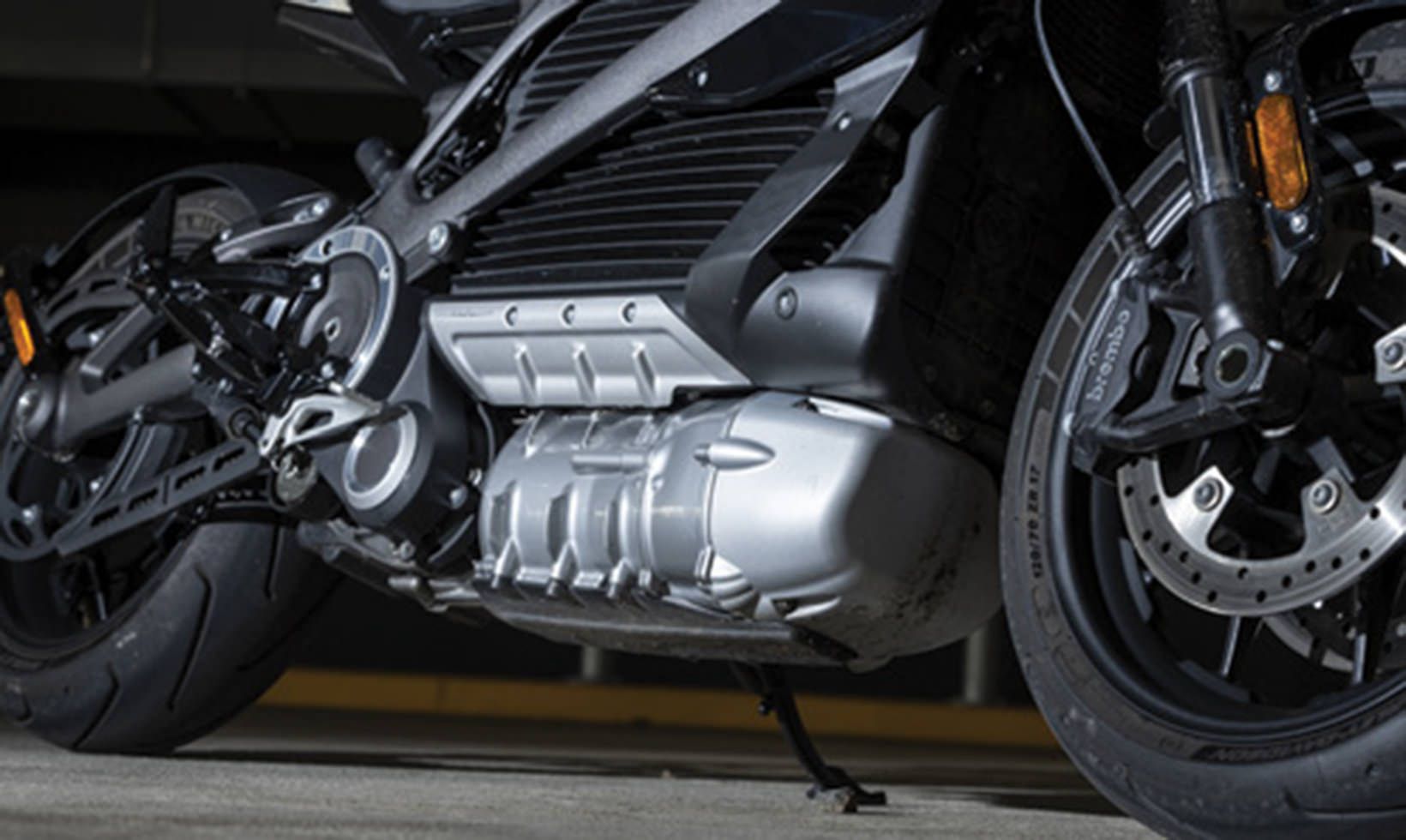 The battery/motor setup on the LiveWire makes a statement 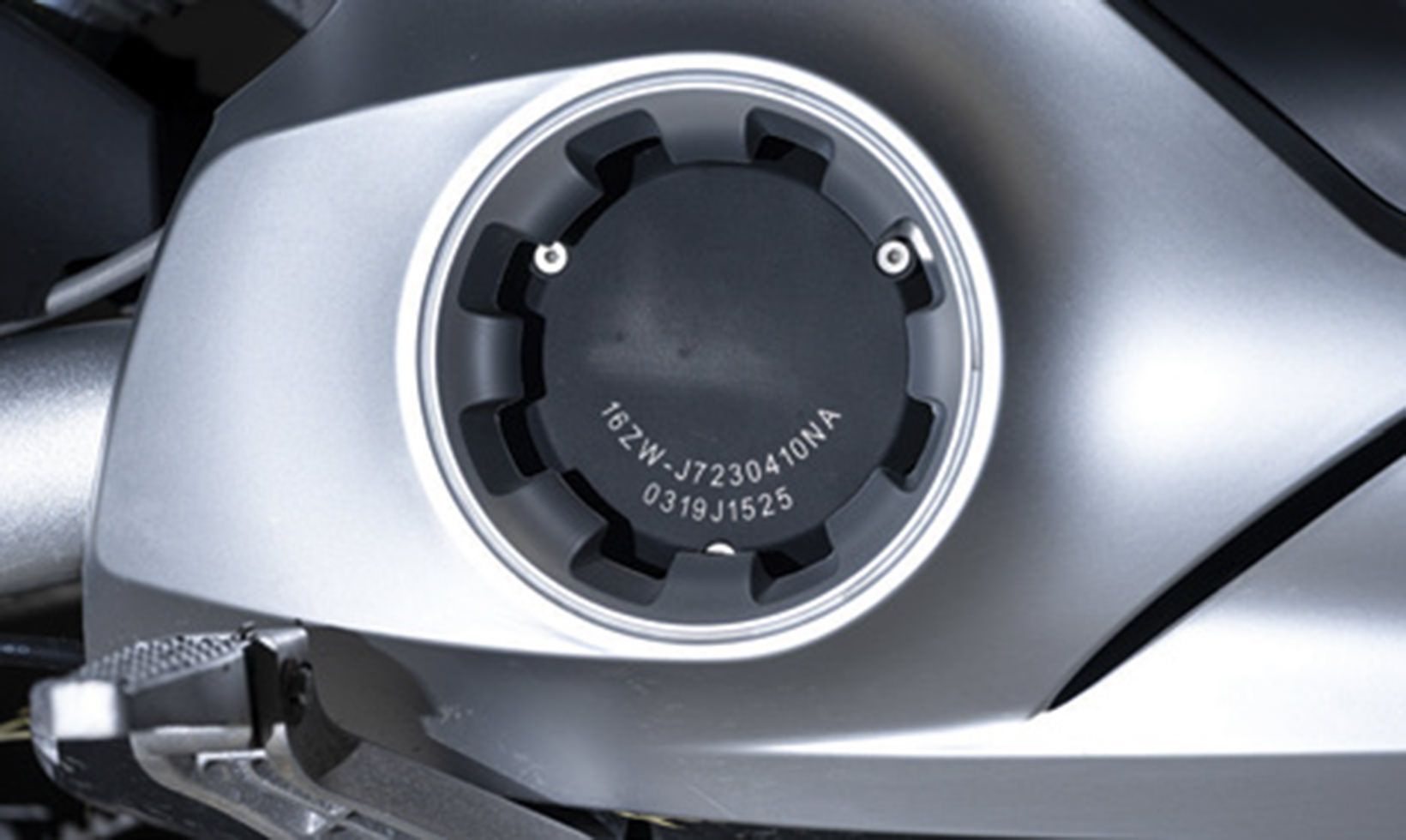 It's far less dramatic on the TC Max

There is another elephant in the room, too. Price. Neither is particularly cheap compared to their petrol-powered equivalents. Sure, it is offset by what you don’t need to spend on fuel and servicing costs, but it’s money that is recouped over a longer period of time and more difficult to justify when you’re initially reaching into your pocket to pay for the tech.

As the technology improves, and it’s doing so rapidly, price and range concerns will sort themselves out and it’s no different to when flat-screen TVs came out. They were incapable of doing much else than receiving free-to-air channels at first and were horrendously expensive. These days, a smart TV can do everything but hang the washing out, and they’re also pretty affordable.

The TC Max is a whippet-like machine and feels like a cross between a moped, a mountain bike and a dirtbike. The 5kW motor puts out power equivalent to that of a 125cc petrol-powered motorcycle, weighs in at just 103.5kg and you can power silently away on one for $8290. Pretty light-on in terms of tech wizardry, it has a claimed range of 110km and a top speed of 100km/h, there’s no ABS or traction control, but its front and rear brakes are linked.

The LiveWire is a missile in comparison and is by far the fastest and best-handling Harley I’ve ever ridden. Claimed to have a range of 235km around town thanks to its braking-regeneration technology, which pumps charge back into the battery on deceleration, it’s two and a half times heavier than the TC Max at 251kg and has a plethora of electronic fruit. As far as Harleys go, it’s very advanced.

I’m not trying to convince you that electric bikes are anything but short-distance mounts at this point in time. The claimed 235km distance the LiveWire can achieve is dependent on the regen and out on the open road where there’s less deceleration, you can halve that claimed range. 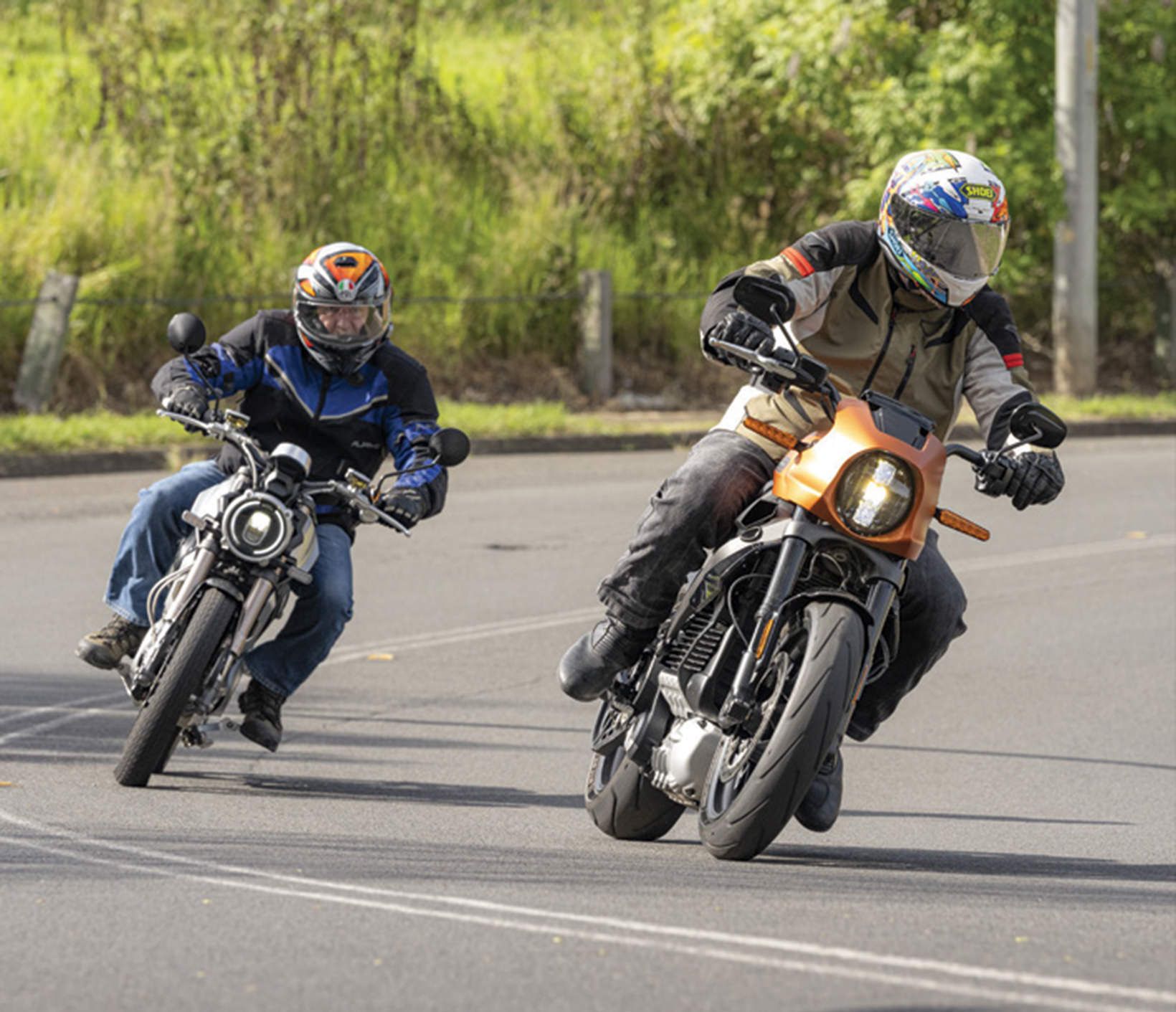 It’s the same story with the TC Max, its 110km claimed range is calculated on a 75kg rider averaging 45km/h. So with my pork on it I’m seeing a range figure of around 50km when I’m on the mains jet – see what I did there?

Top speed is claimed to be in the vicinity of 100km/h, I’ve seen 95km/h and I’m a big sucker, but encounter a hill or a strong head wind and you’ll drop significant speed.

Both of these machines are fantastic city bikes, the TC Max gets the job done in a smooth easy-to-use fashion, while the LiveWire goes and does it in spectacular fashion. 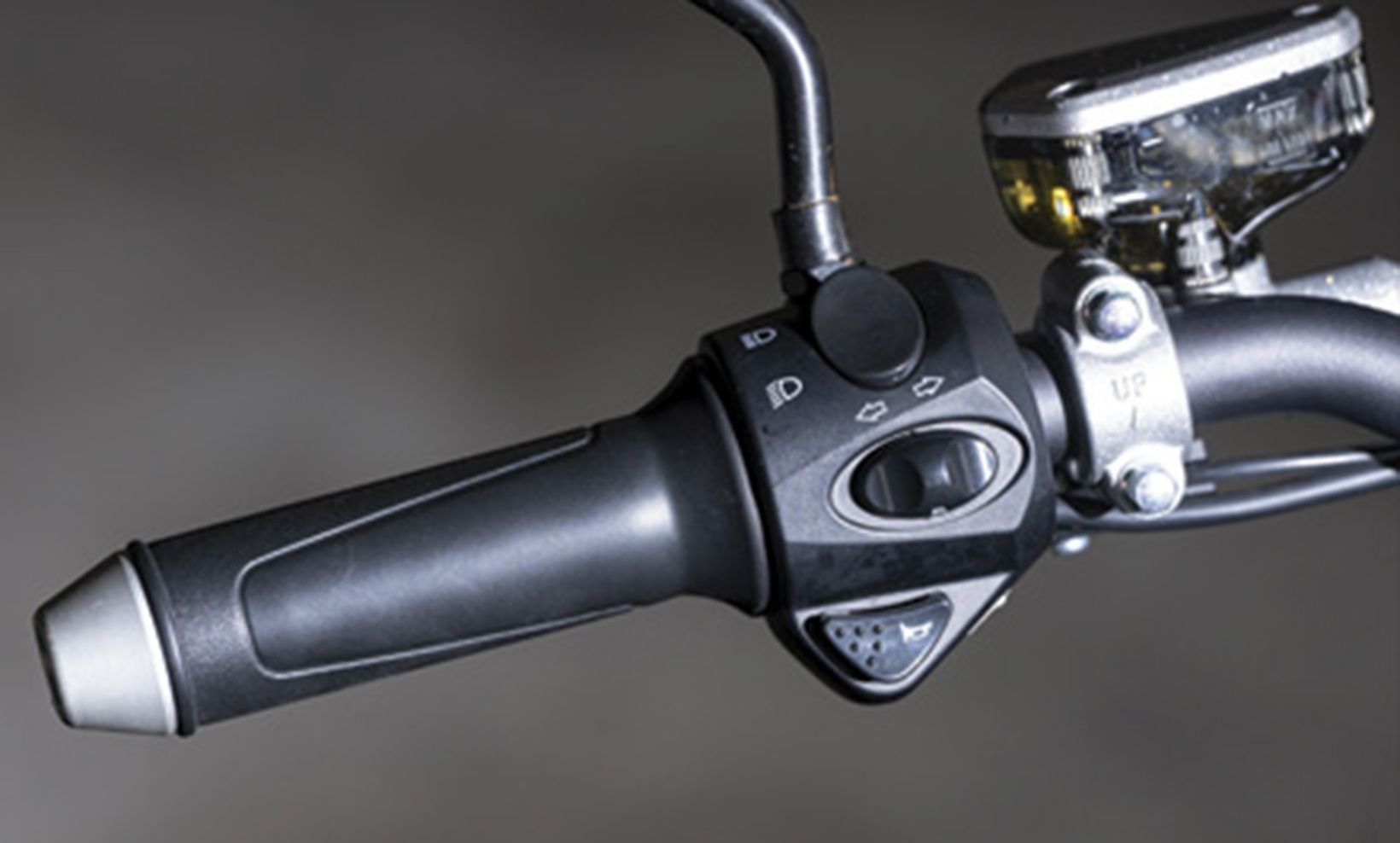 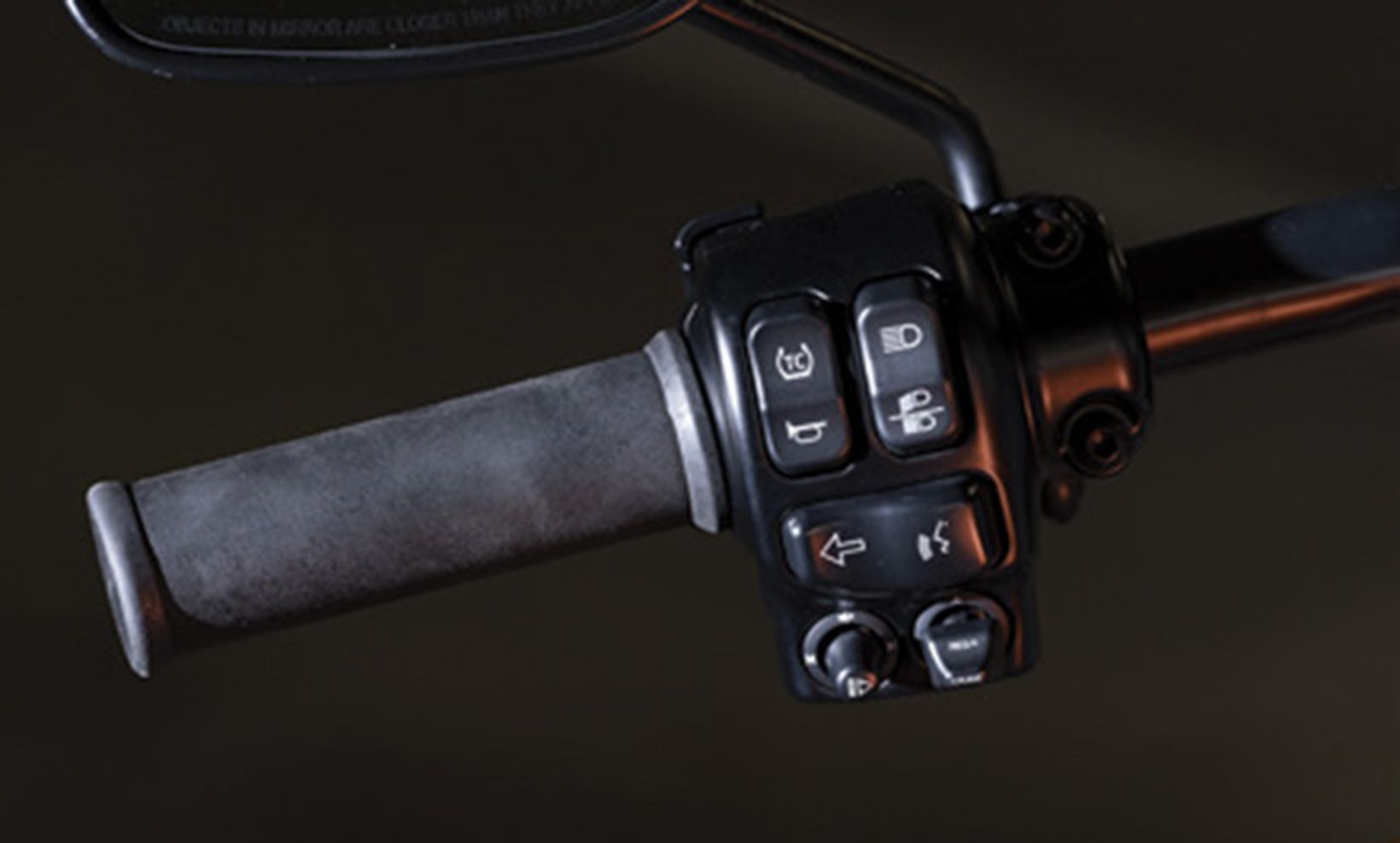 The switches on the TC Max get the basic tasks done, but there’s more to do on the LiveWire 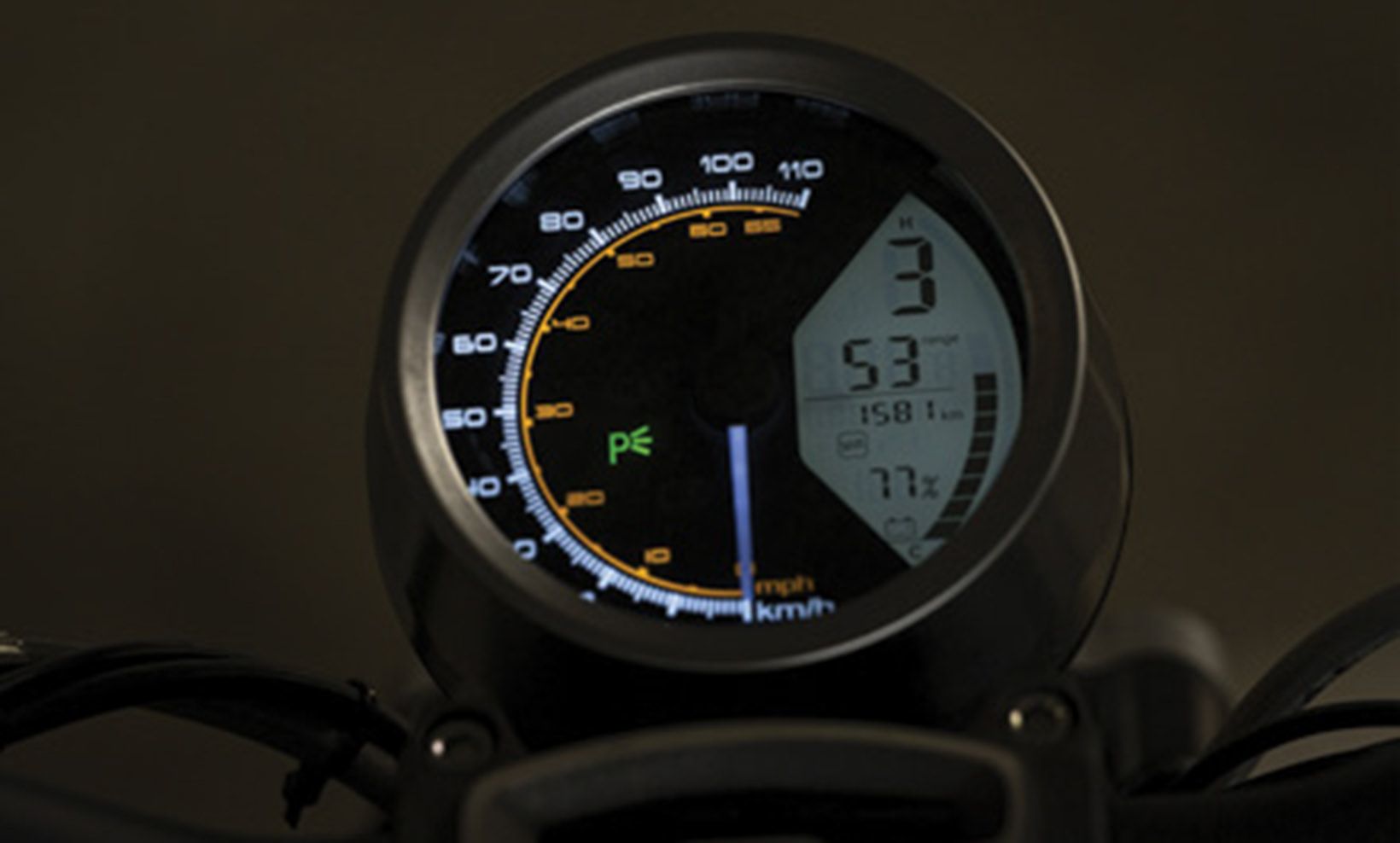 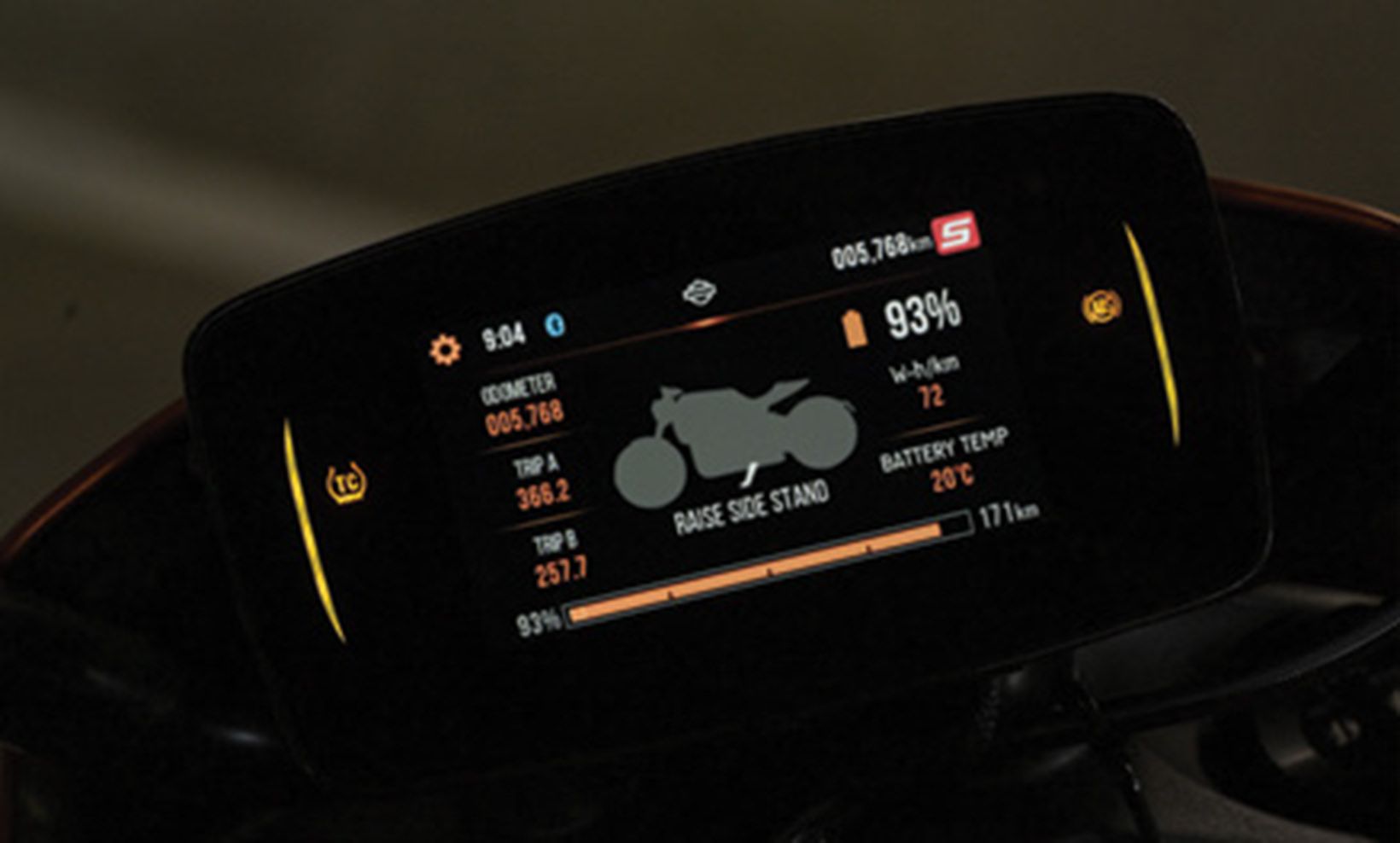 Ditto for the dashes. If you paid 50 gorillas for your ride and you didn’t get all this, wouldn’t you be cranky?

Both bikes are clutchless, single-speed sans-gearbox machines with a belt final drive. The belt drive means there’s bugger-all noise – especially from the lightweight TC. The LiveWire’s liquid-cooled Revelation motor has a really pleasing wail to it when you’re ripping into it – it’s very futuristic and I like it.

The LiveWire has an estimated top speed of ‘you’re going to jail’ and it’s my favourite bike on the planet for standing-start racing. The Revelation motor has 78kW on tap but it’s the 116Nm of torque that rips out through the back tyre the instant you twist the throttle that requires you to rethink this whole electric-bike thing.

No clutch and no gear changes equal seamless and instant propulsion and you’re up to speed and settling in before the cars even know what happened. On downhill take-offs, the acceleration is so instant and so rapid that you get the same stomach-in-mouth feeling you get on a rollercoaster. It’s incredibly addictive and bad news for rear tyre wear. 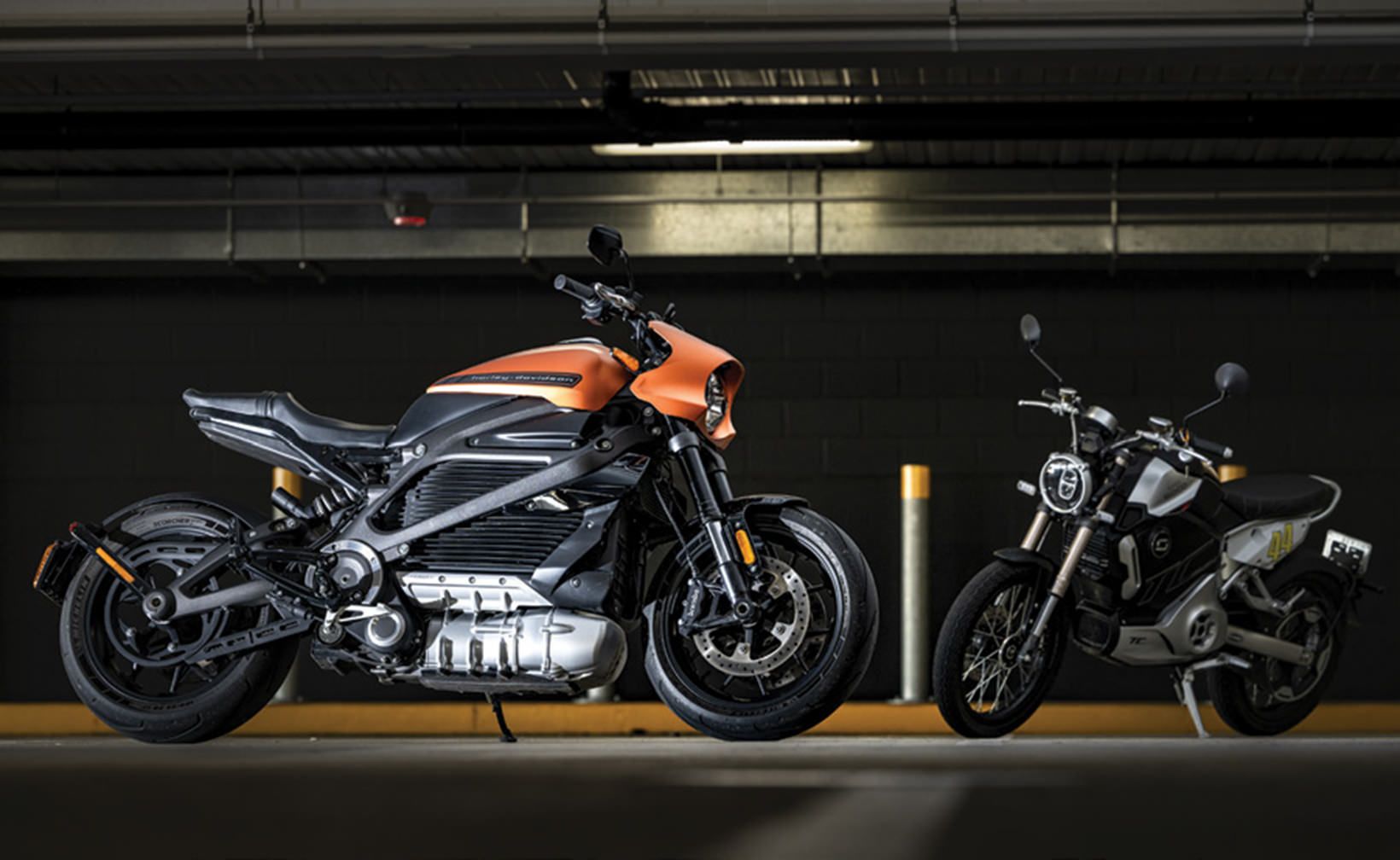 An added upside for the LiveWire is what I like to call electric discrimination. Every petrol-powered bike you encounter at a set of lights really wants to prove how superior the internal combustion engine is over the electric motor. I haven’t encountered a 125cc on the TC yet (though it would leave cars for dead if you were half my weight), but I was challenged by a bunch of big-bore bikes on the LiveWire and the electric H-D slayed everything. It’s seriously quick.

The motor’s output needs are taken care of by a built-in lithium-ion battery that can be charged either at home via your garden-variety powerpoint or by a DC fast charger used for regular battery electric vehicles (BEV) which are popping up all around the country. Charge time from flat to full is around an hour on the fast charger and around 12 hours from the power point. The charger draws a fair bit of current though, so it’s best not to be blowdrying your hair and toasting bread while charging your LiveWire on the same circuit, or you’ll trip a fuse. And Harley recommends you don’t charge it through an extension lead either.

The TC offers a removable battery so you can lug the 20kg-plus battery inside for charging from a 240-volt powerpoint. Unlike the LiveWire the TC Max doesn’t offer the ability to use a public BEV charger and finding someone to let you use their power point if you run out of zap may be problematic. 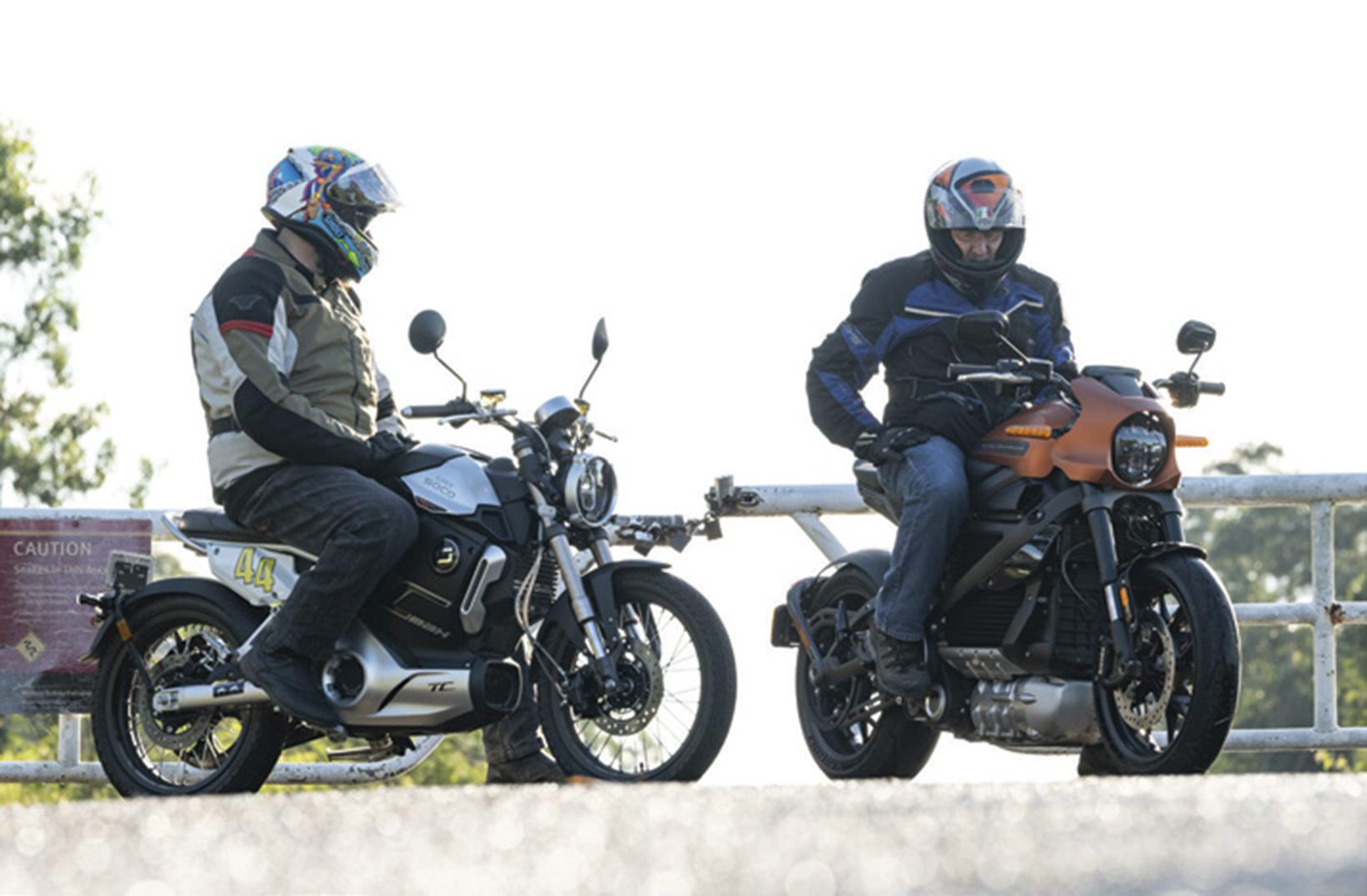 Deano and I found that out firsthand when, with just 52km under the TC’s wheels, the battery died and the TC shut down in the middle of one of Sydney’s busiest roads. Via methods many probably wouldn’t approve of, we managed to get it to a servo, the staff of which kindly let us plug in and charge. Right now, there’s still a novelty around the tech, but I couldn’t imagine the servo attendant being quite so helpful if I was the third person that day to hit him up for some current.

The LiveWire runs a fully adjustable Showa fork up front and a swank-looking and fully adjustable Showa rear shock. There’s no getting away from the fact that you’re on a 251kg bike and getting it turned does take some muscle work, but the upside is its stability in a straight line, through corners and under brakes. 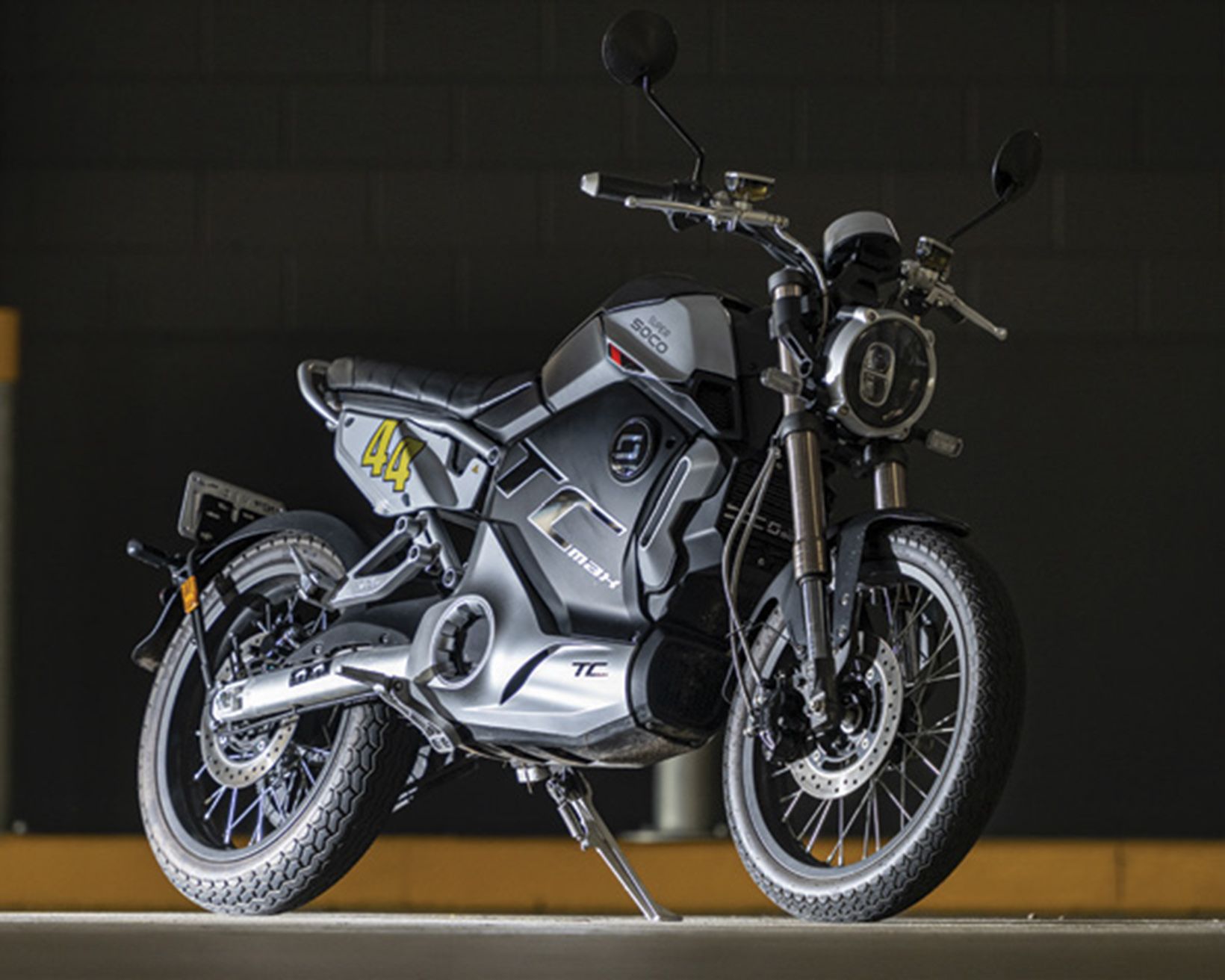 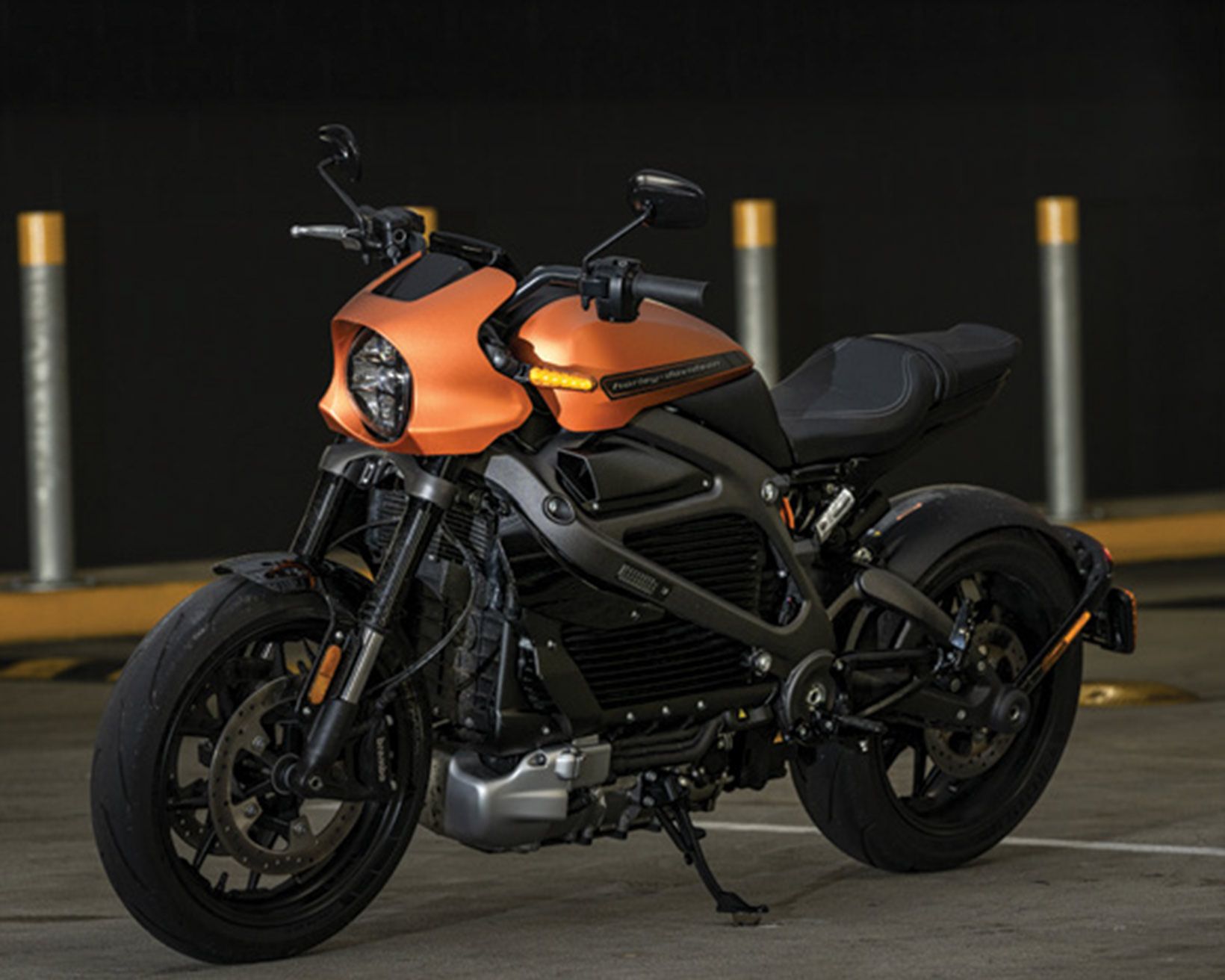 In their different ways, they are both good-looking motorcycles

The TC’s non-adjustable suspension is up to the task, but if you’re getting your hoon on, a big gent like myself will find the limits of the suspension travel relatively quickly, but for its intended purpose I reckon it’s well above average.

The Brembo front stoppers on the LiveWire are up to the task of pulling the quarter-tonne missile up and, like the suspension, it’s the best kit you’ll find on any production Harley. They’re equally as good as most of the brakes on the current crop of big-bore nakeds.

It’s a linked system and despite the obscure brand, the brakes are bloody fantastic. Stoppies are not an issue if you’re so inclined and the brakes are not only powerful enough, they offer excellent feel. And feel is important because those stoppers are packing more punch than the tyres can handle. 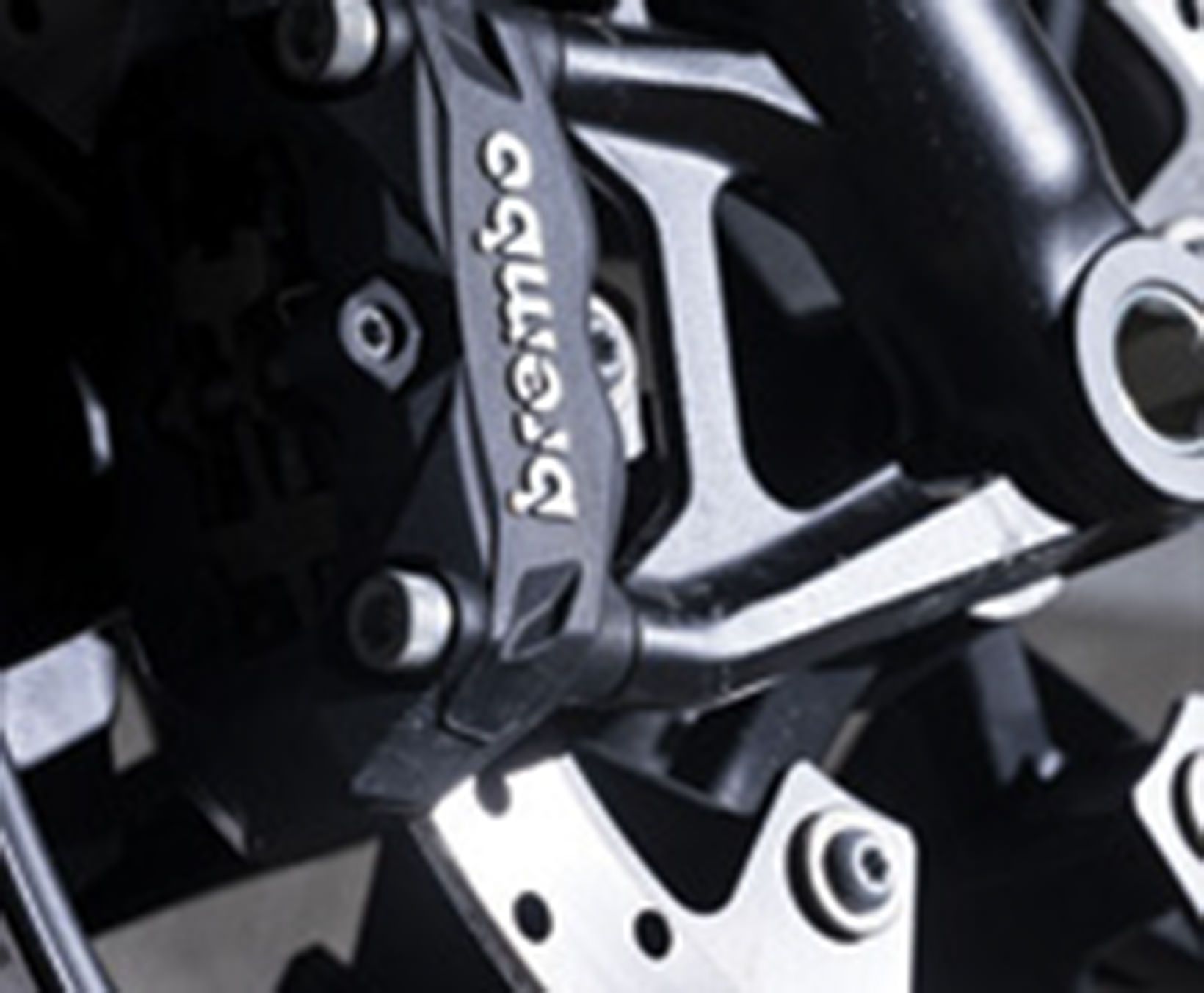 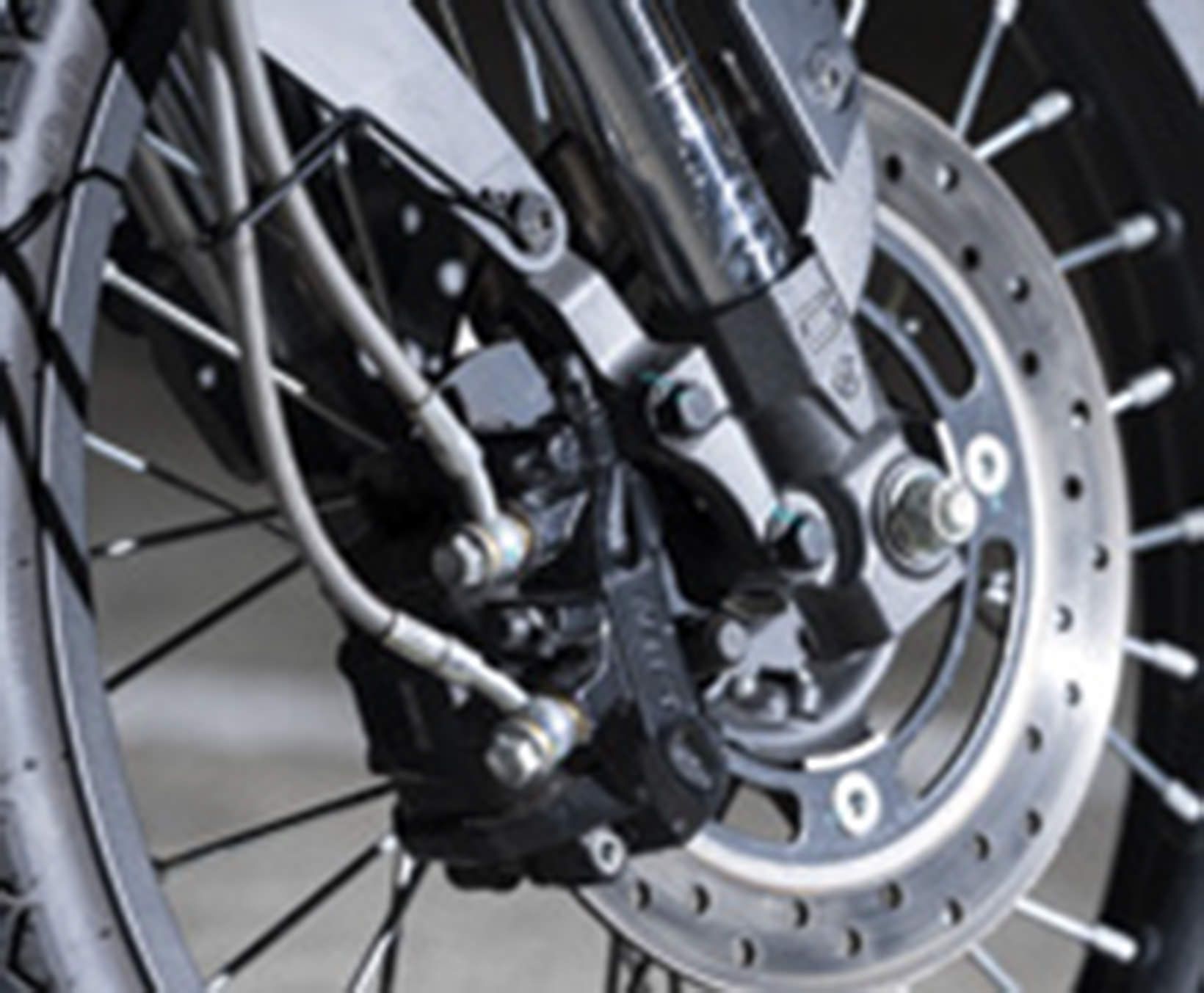 The braking specs are worlds apart and both the LiveWire’s Brembos and the TC Max’s LBNs work brilliantly.

So, if they are both great all-electric around-town bikes what does the extra $41,705 get you? Well, home for a start, but it also gets you a warp-speed experience, excellent finish, quality componentry and top-notch handling. If you’re after a thrill, fork out for the Harley. If you’re after affordable transport with a green tyre-print, go for the TC.

Would I buy a TC Max? If I didn’t live in a semi-rural suburb on the outskirts of Sydney where the TC makes as much sense as owning a 125cc petrol-powered scooter, then perhaps. 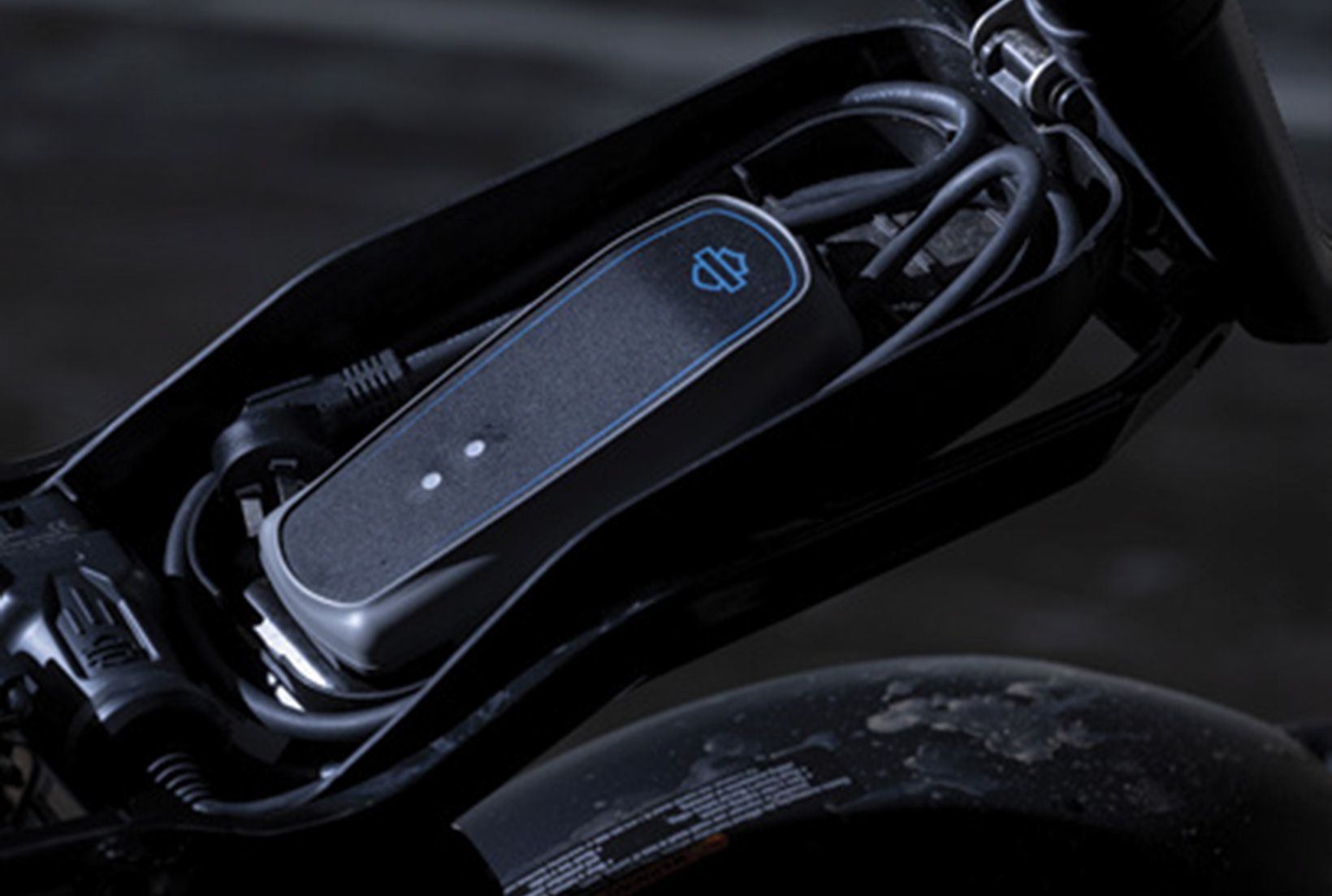 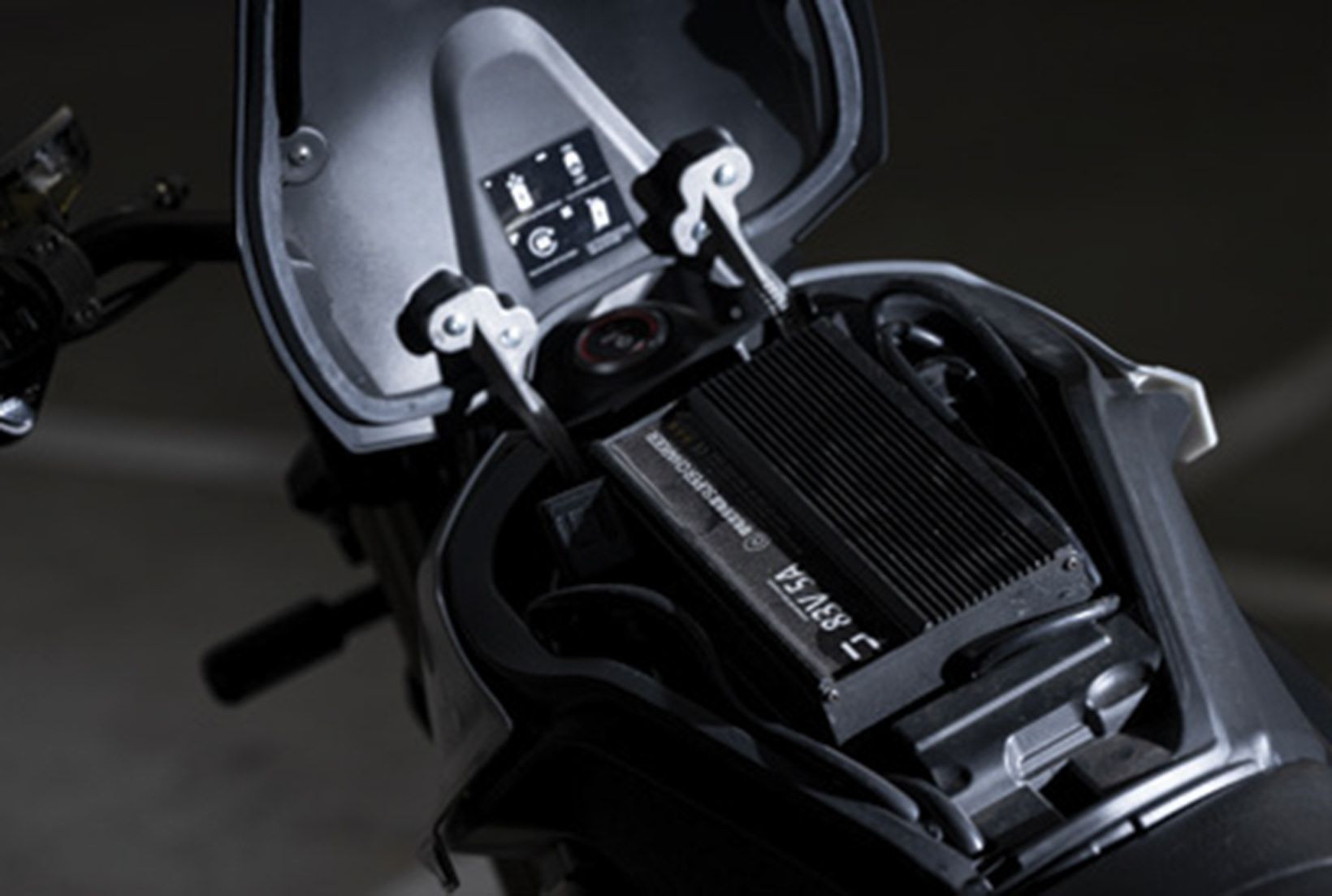 The Super Soco’s charger (Right) located under the tank is much bigger than the H-D’s, which is stashed under the pillion perch

Would I buy a LiveWire? I want one, there’s no doubt, but I wouldn’t pay $50K for one. I want to own one because early adopters are the road to an electric future with more affordable bikes with even more performance. It’s just more than my budget can handle at the moment.

Being interested and positive about electric motorcycles like the LiveWire doesn’t mean you’re cheating on your petrol-powered bike or that you have to go out and buy one, it just means you love motorcycles.

Sooner or later, development of internal combustion engines as we know them will stop and electric power will continue to evolve. The range issue will be solved, prices will come down and we can ride the wave of a new and exciting technology. Either that or we’ll be left behind pissing and moaning about electric bikes.