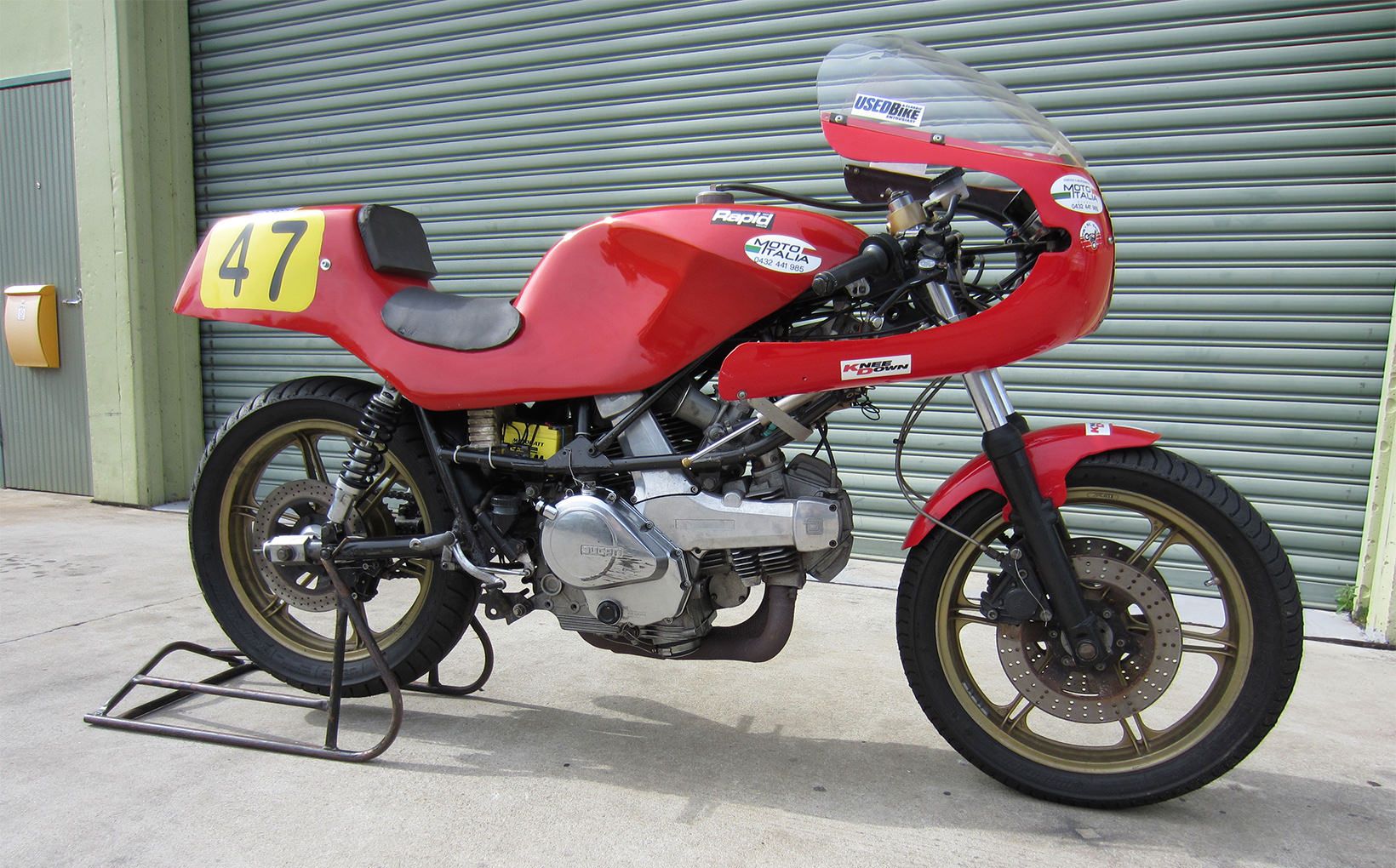 Back in the day, as well as twirling spanners, Dave Ward, the owner of this bike, raced himself. In the early 1990s he acquired this Pantah 500SL while working as a mechanic at Frasers in Homebush, NSW. 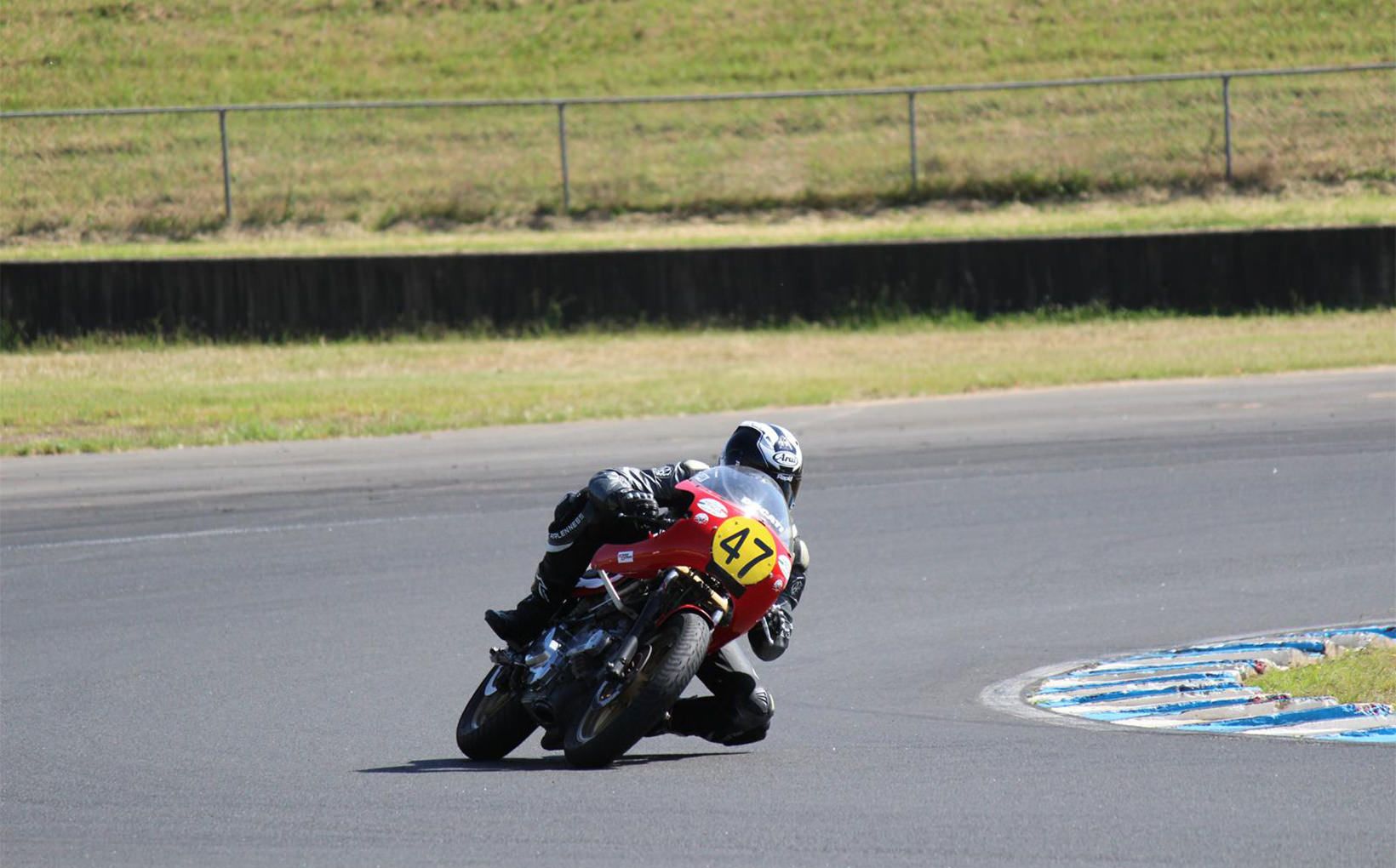 The bike was an ex-Mick Whittaker racer in the early 1980s and then returned to road trim, albeit fitted with a 1990s SS full fairing, which Dave still has in storage.

Dave went to work quickly, stripping the bike and building a BEARS (British European American Racing Series) racer for the new F5 class and occasional F3 as well as some Post Classic events.

An early SS based custom race fairing was made and a one-piece seat/tank cover unit out of fibreglass. The fuel tank was made from alloy and hides under the cover. Stock wheels were retained but Dave heavily braced the frame. He also fitted Mille triple-clamps, moved the shock mountings forward and fitted a steering damper and clip-ons. 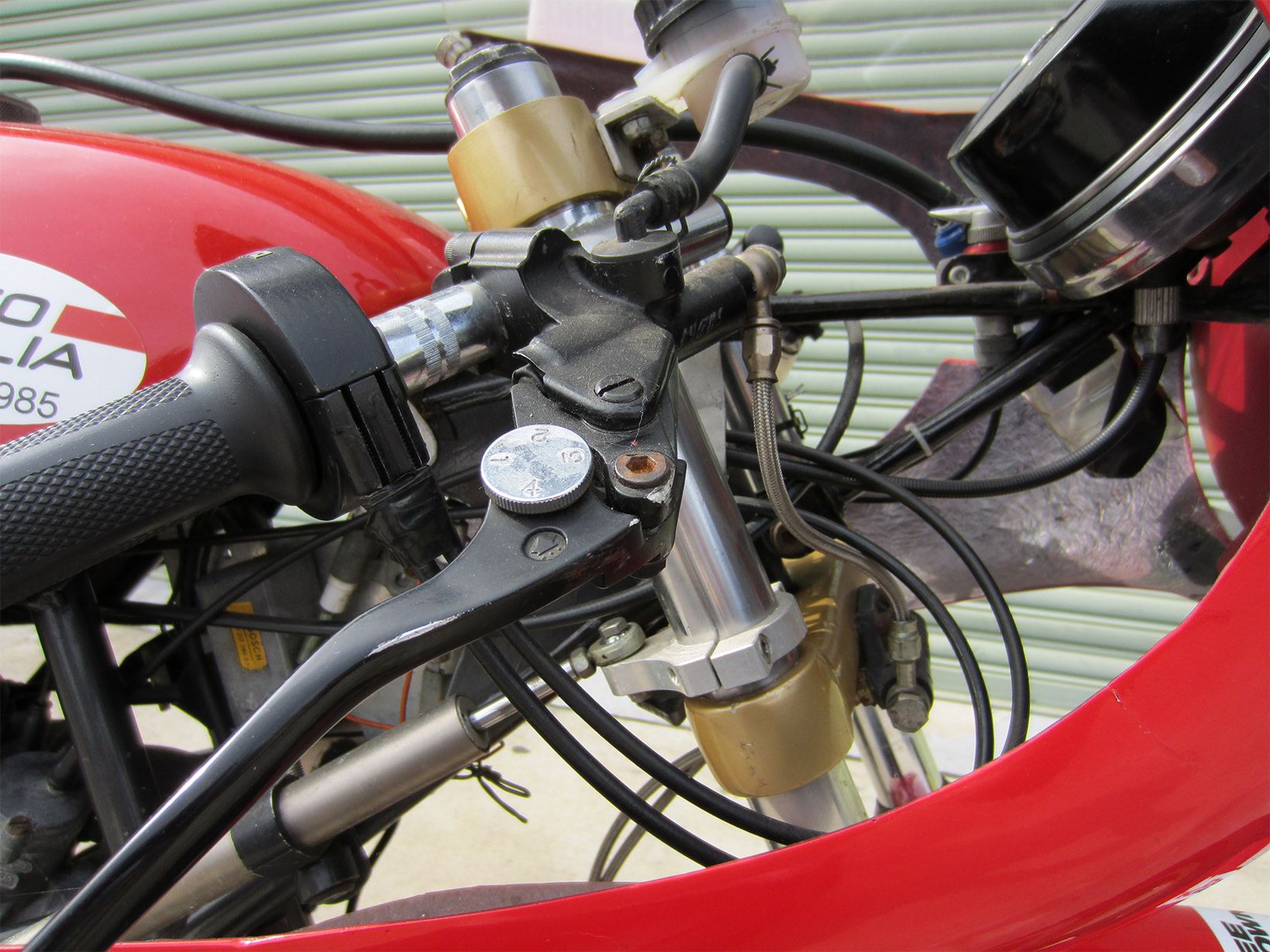 Brembo mater-cylinder, the brakes are amazing. 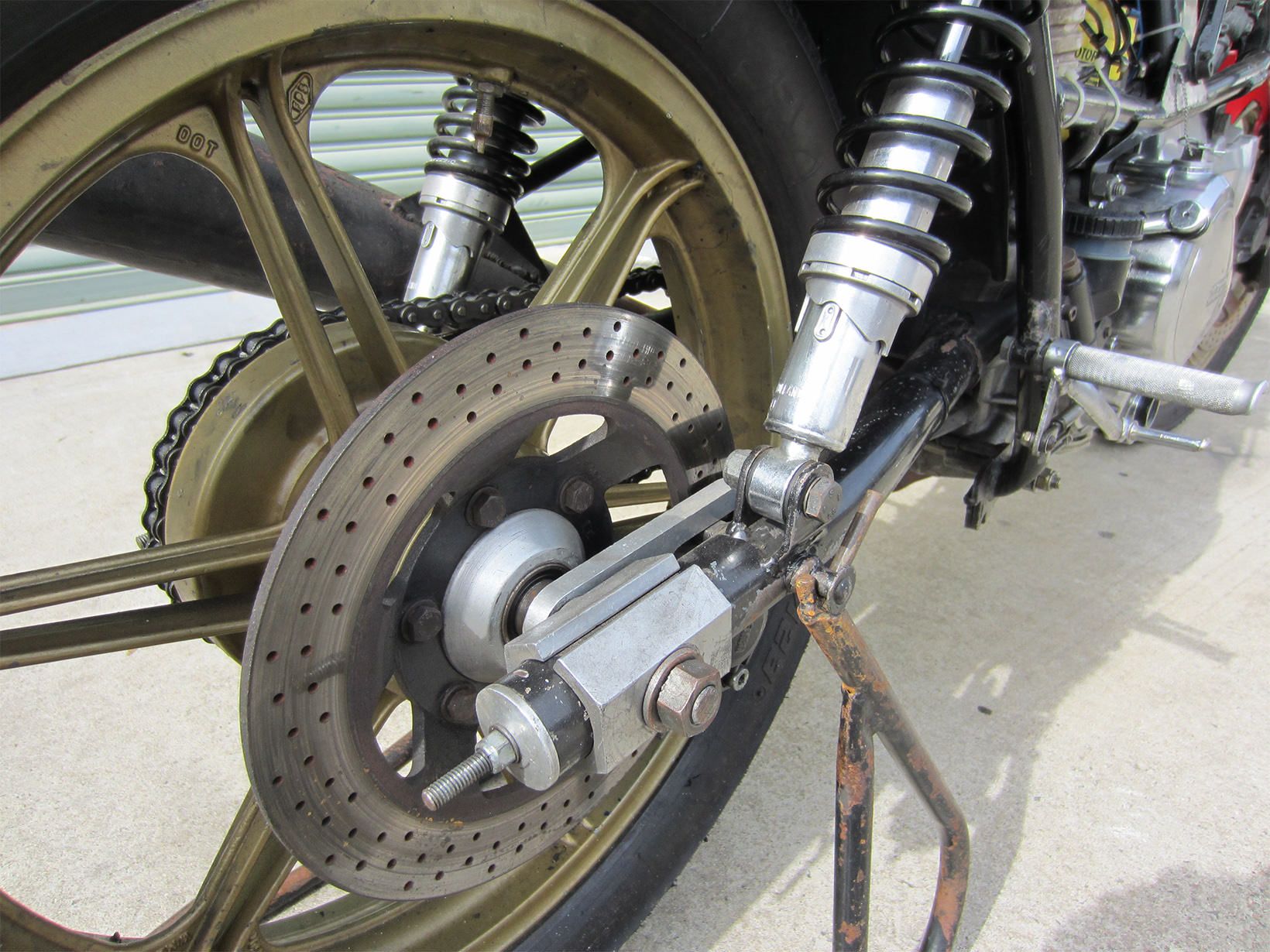 The Marzocchi forks were heavily re-worked with firmer springs and emulators and a set of Ikon 7610 series shocks fitted at the back. Custom footpegs were fabricated and all the other usual work involved in building a race bike including crankcase breather and fuel/oil catch bottles, top fairing mounts, tacho and switchgear and so forth were made. 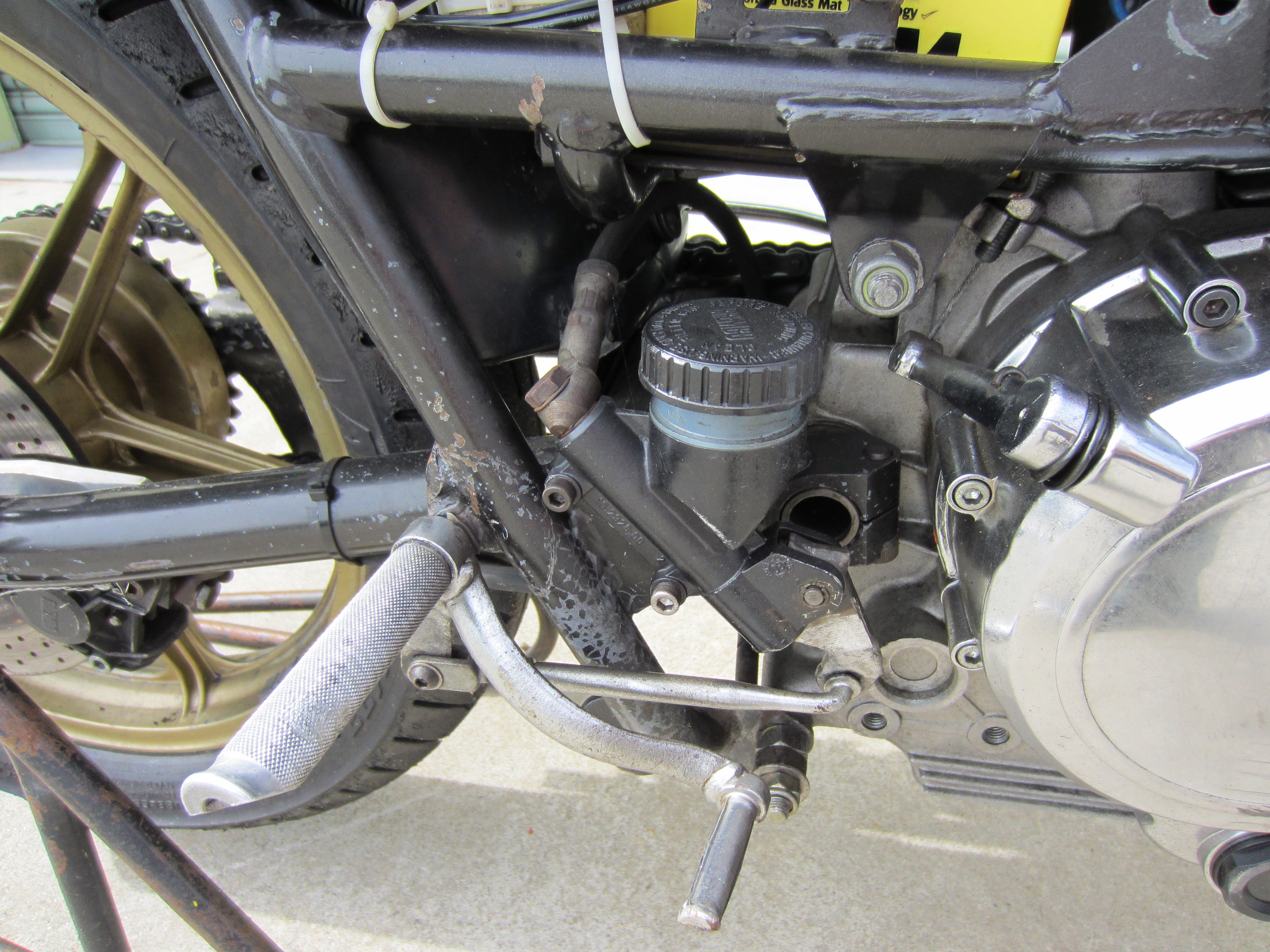 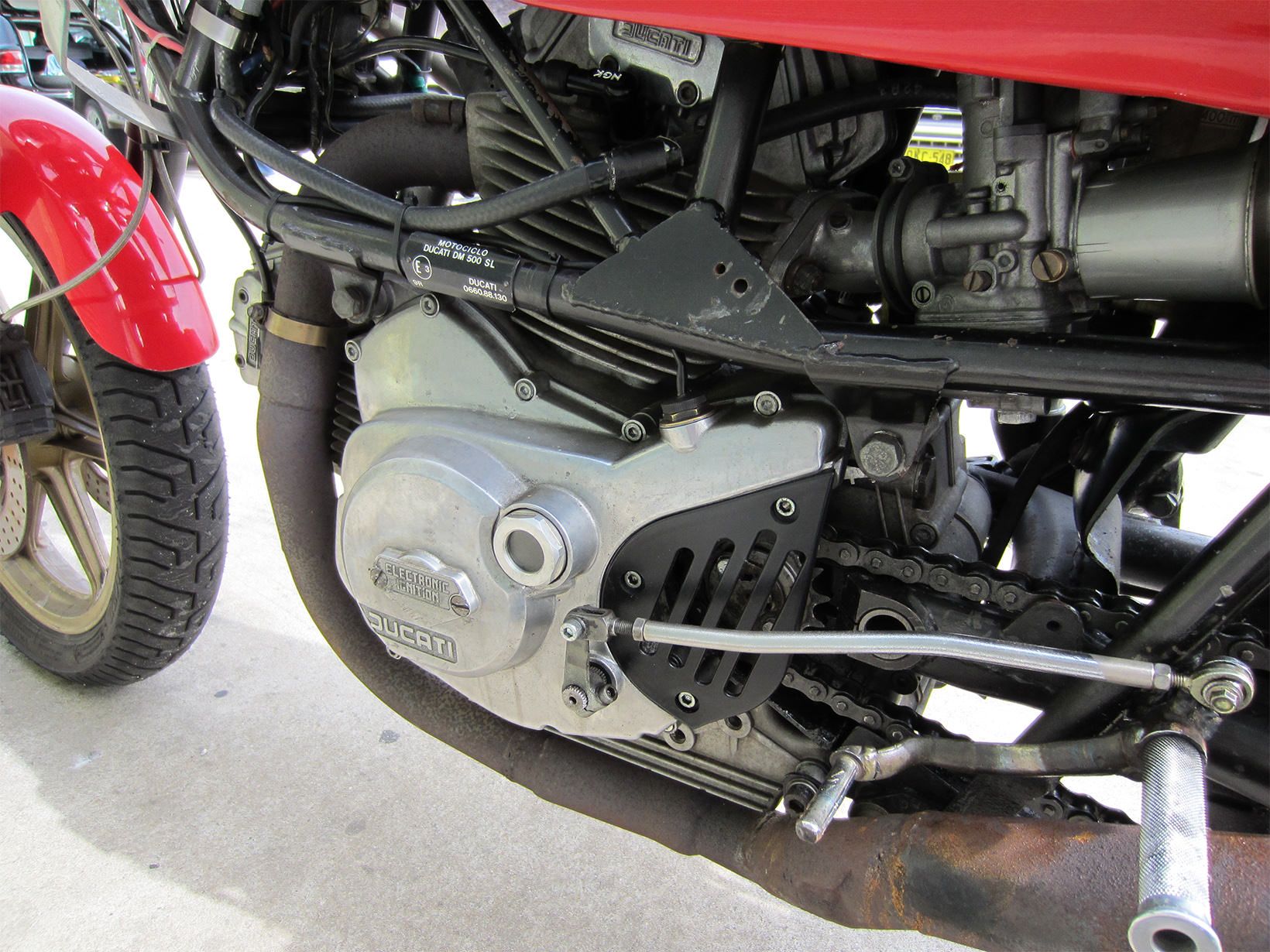 No quickshifter here, or rev limiter!

Engine-wise Dave originally kept the 500 fairly stock, and that is how I rode the bike recently, but it has actually done a full circle of evolution. Originally the 500 got a machined (lightened) and balanced crank, removal of the starter motor, some mild porting and built to spec using stock cams, pistons and gearbox internals sans a steel basket 650 clutch. Dell’Orto 36mm carburettors were used and the ignition system left standard. 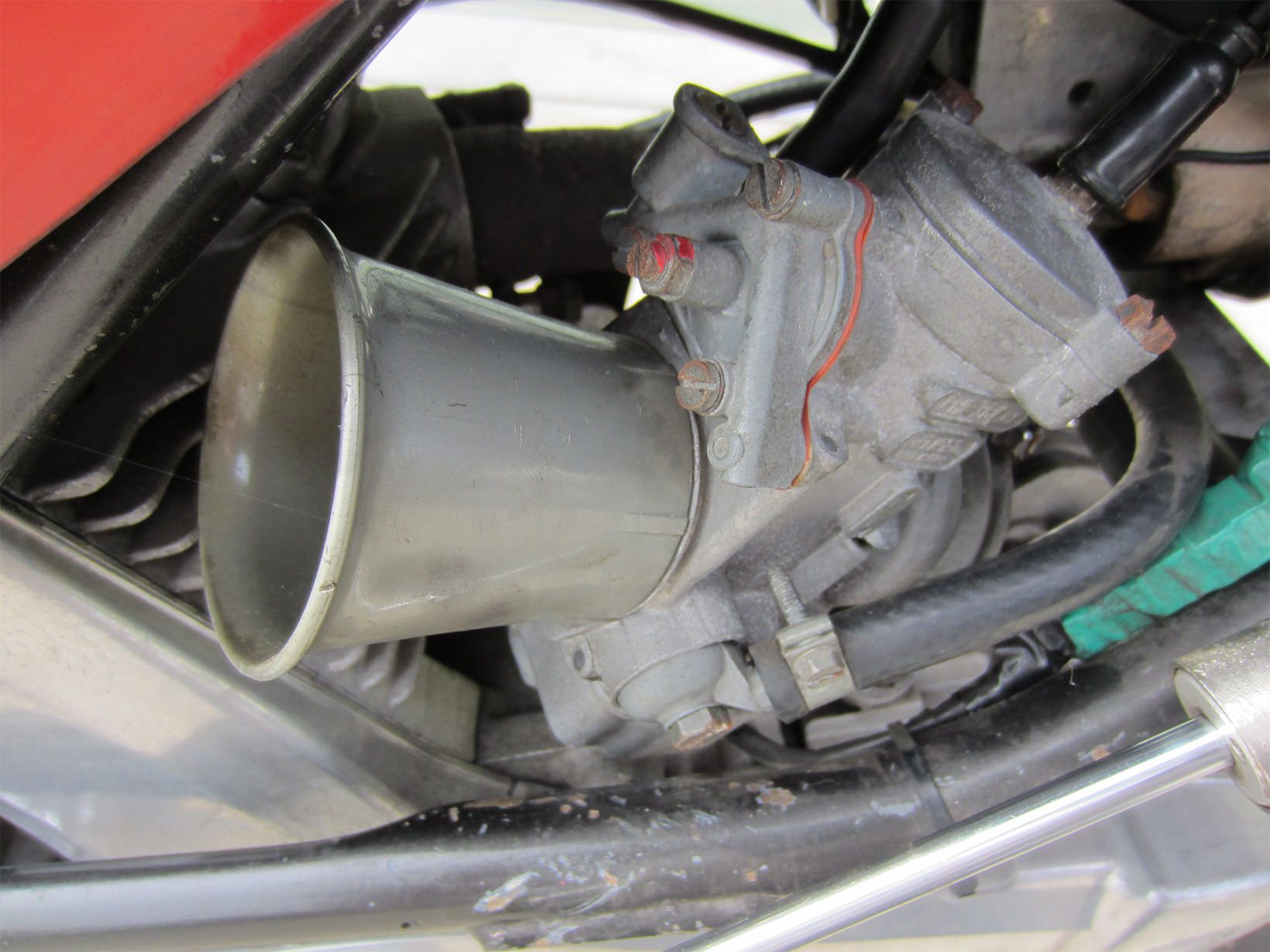 After a year or so punting the bike with some success and lots of fun, Dave decided to up the capacity with a 680 kit. That helped with a bit more torque and resulted in some more bracing of the frame and a few more suspension tweaks. Brakes were upgraded to Brembo cast iron rotors and pads but also with Brembo carbon brake pads and a ZXR750 Kawasaki brake master-cylinder. Trust me – it stops well!

Next stage was huge. A virtual full factory race spec 780cc race engine was built using the absolute best of everything. It was a weapon and extremely competitive. 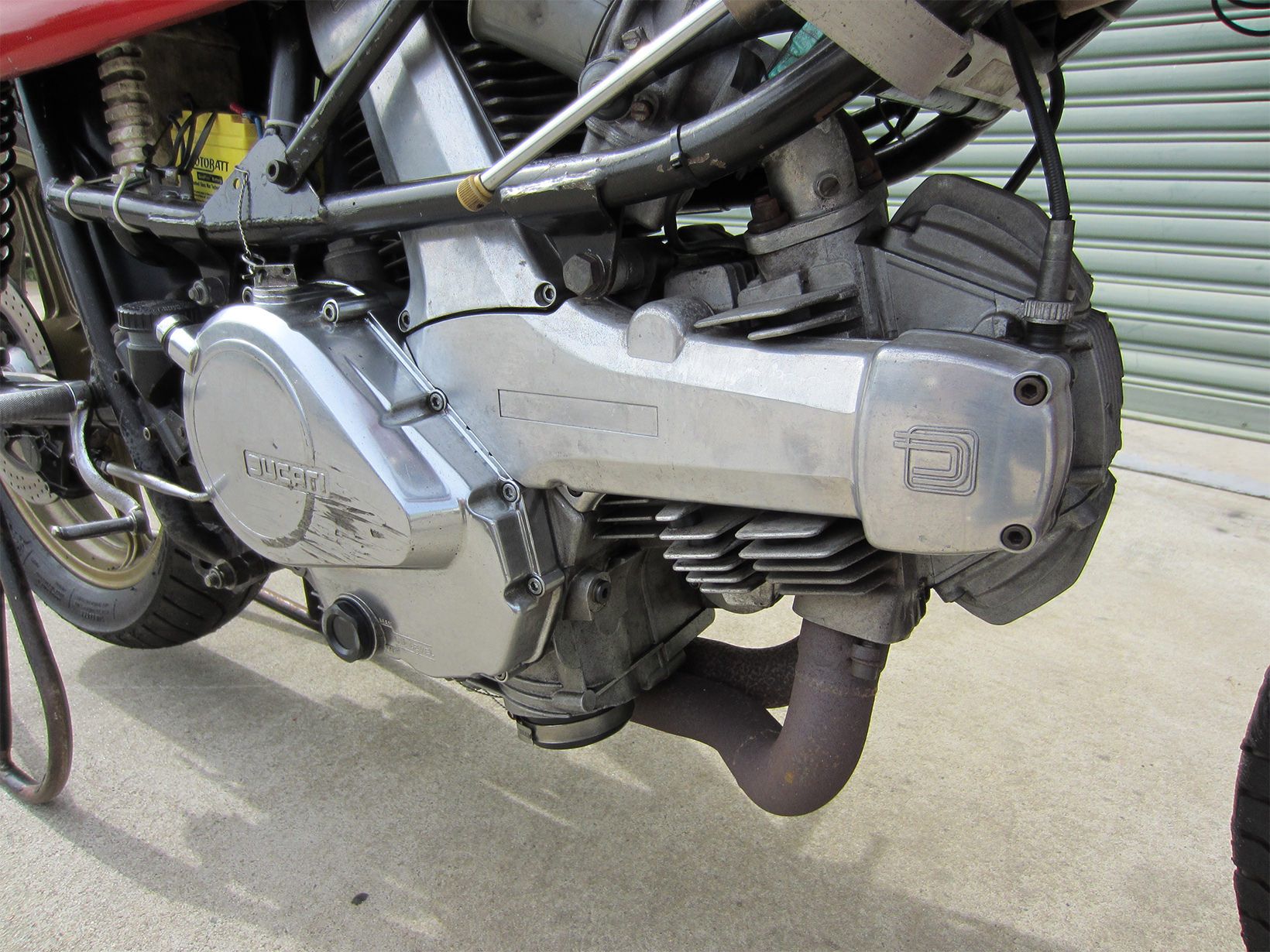 The engine has seen many forms from stock 500 as Jeff rode it to big bore 780!

In 1999, Dave decided to go Pro Twins racing and he sold his beloved 500 and bought an RSVR Aprilia. Three race meetings and $6000 later in racing expenses, he canned that idea. Meanwhile the Pantah went through a few different people before one day a customer walked into Dave’s shop and asked if he knew much about 500 Pantah’s. He then returned with his bike for Dave to prep for a racing season and lo and behold it was Dave’s 500! Needless to say, a deal was struck and Dave now had the bike back… 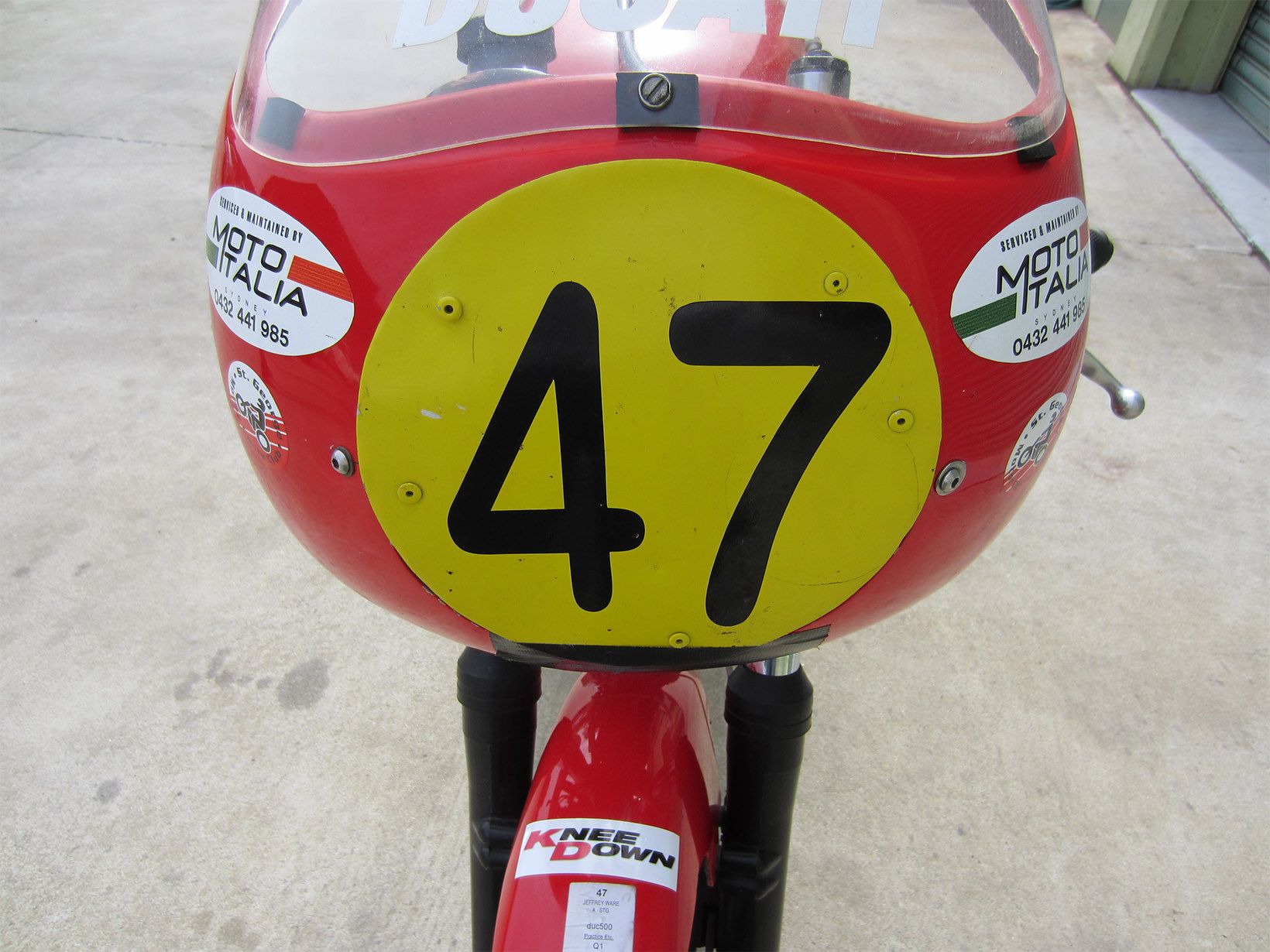 The mighty Pantah saved the day when Jeff’s 550 racer blew the engine.

Since then the Pantah has basically been collecting dust on a mezzanine at Moto Italia with the original 500 motor back in it. Dave would often look at it and think about dragging it out of retirement and eventually when a mate needed a bike urgently for the 2012 BSFS it happened. With just a few hours to prep the machine, it was off to Eastern Creek for Friday practice. Sadly, without a logbook, officials banned the bike and sent the rider packing. He dropped the bike back to Dave and it was once again parked in a dark corner.

However, just one week later yours truly damaged my RSX550 engine just days before BEARS Rd1 at Eastern Creek. When I dropped my engine off for Dave to rebuild, he offered me the 500 Pantah to enter in F3 and salvage some points. It was an offer I could not refuse, as I had never ridden a race bike of this era and, well, I needed points! The weekend was tough against the modern bikes, but I scored 66 points and won A Grade, and they made a huge difference in the end. 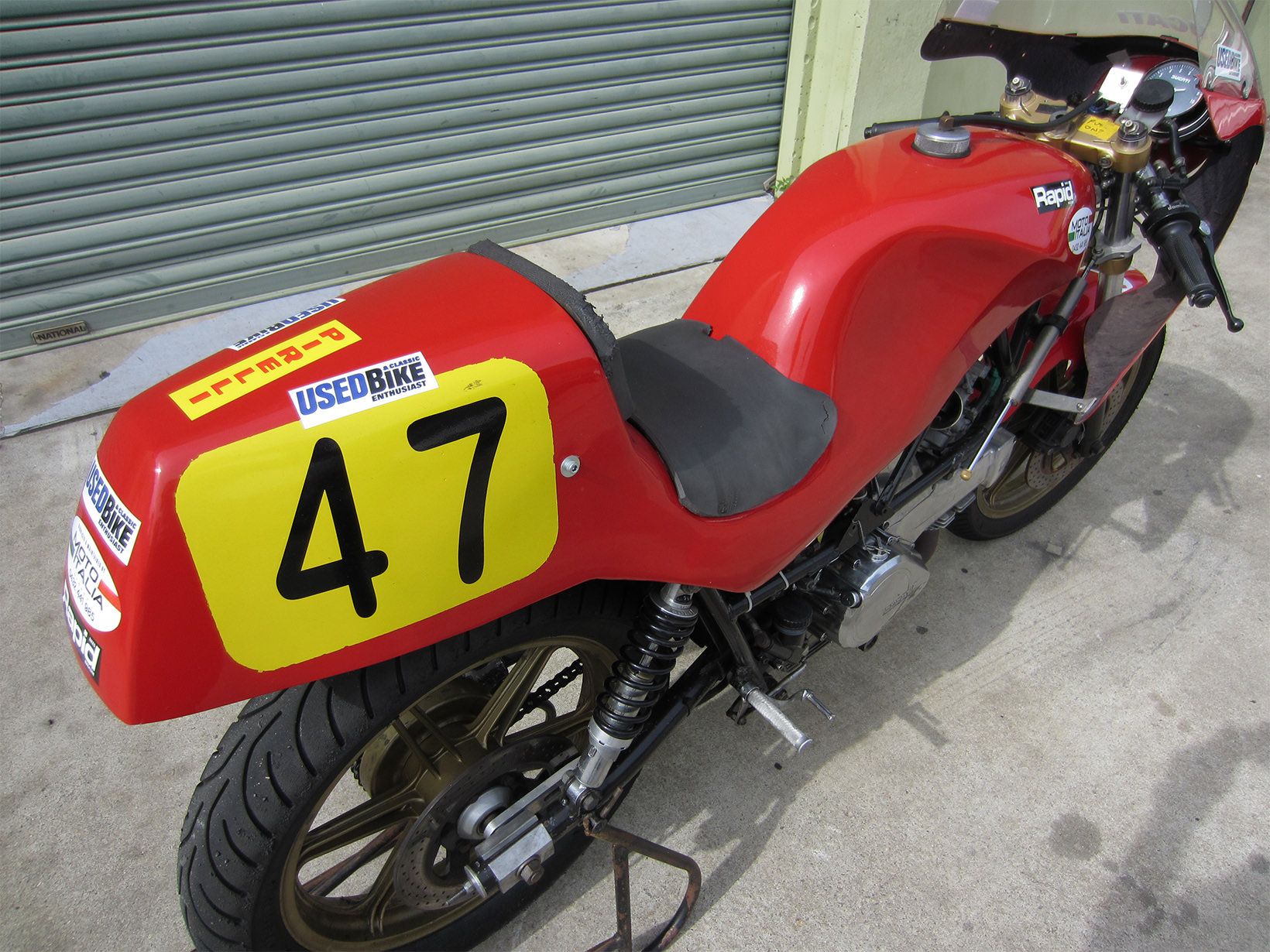 I must admit I was sceptical about racing this bike at first. The skinny tyres, old school electronics and carburettors, starting method and the 49hp output all had me worried! But mainly the tyres. Those skinny Avon AM22s looked like cheese cutters and my tyre warmers would not fit… ‘OK, back to the 1990s for the weekend’, I though, when none of us had tyre warmers anyway!

Starting the bike was interesting. Second gear, full choke for a split second, fuel tap on, no throttle and spin the roller and dump the clutch. Not to self – do not stall on the line! 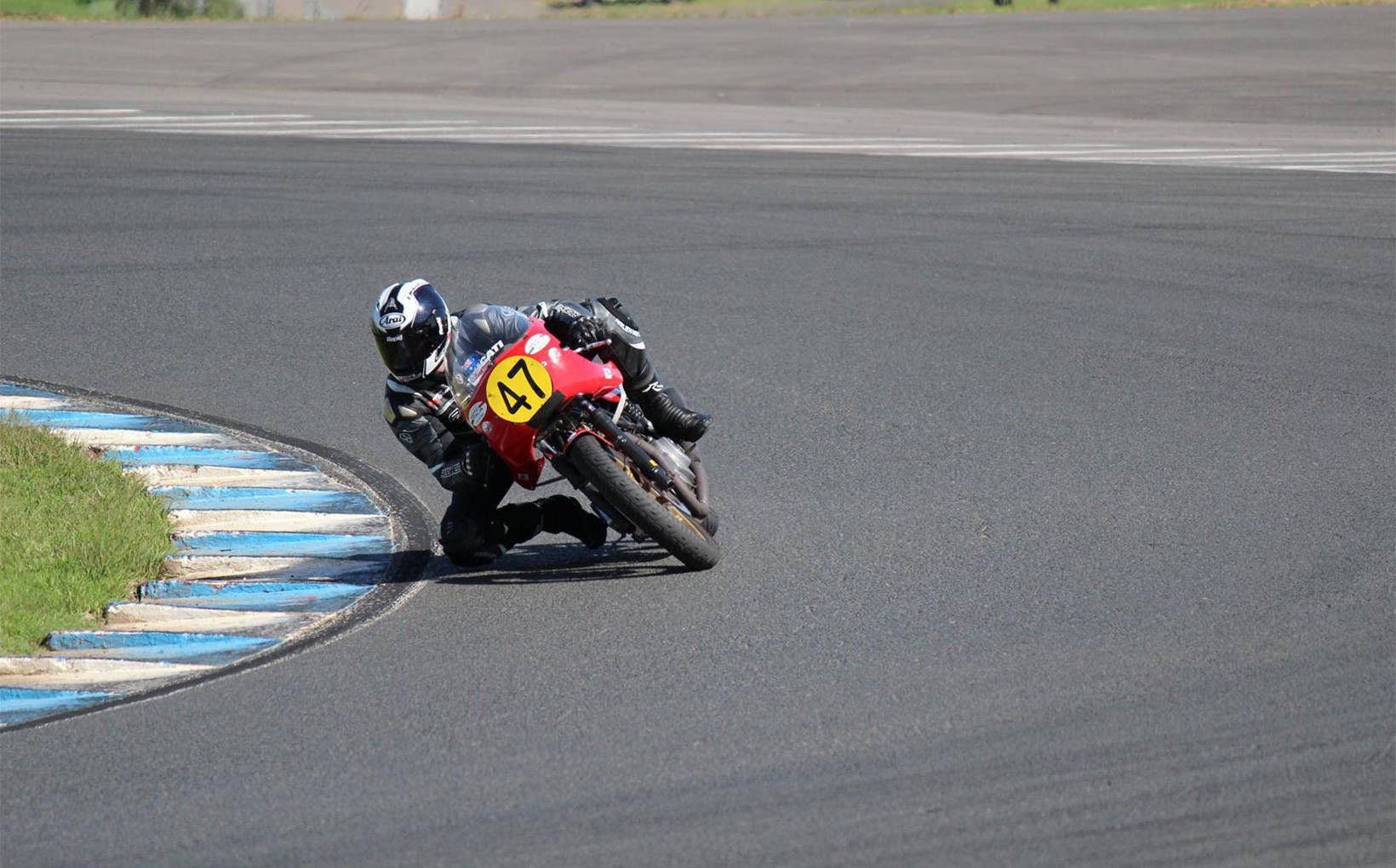 The geometry of the bike is very, very good, giving extreme confidence and high lean angles and corner speed.

But as I headed out of pit lane for my first session on the 500, I was instantly surprised. OK. There is virtually zero acceleration out of the 49hp engine but the chassis? Man, I could not get over how good it felt for a 31-year-old bike (at the time). 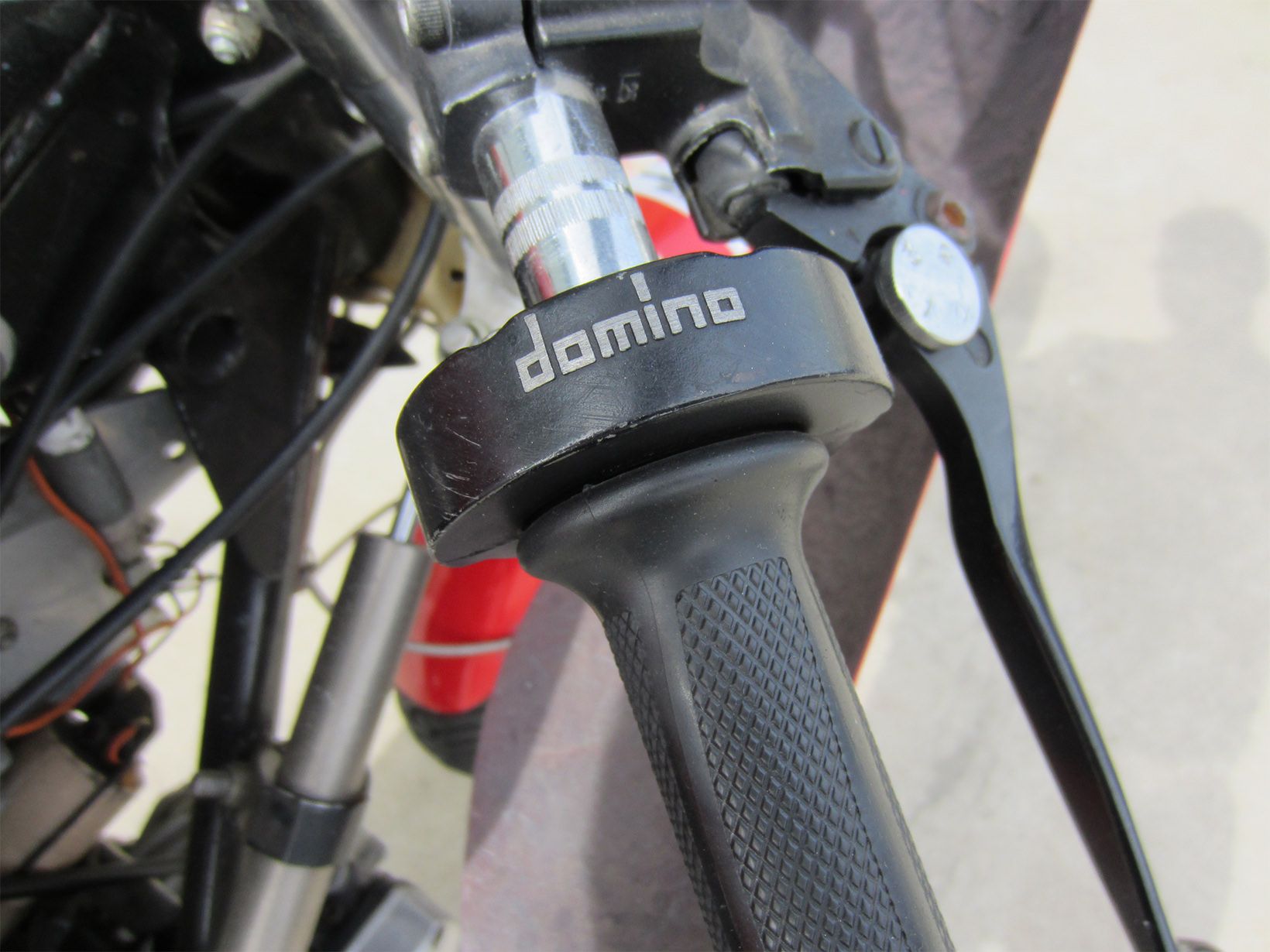 Not much power but very smooth delivery via the Domino throttle.

It only took a lap to have full confidence in the Avon tyres – amazing grip and sensational feel. The rolling corner speed of the bike had me stunned and the lean angle possible felt incredible. The steering felt ultra stable yet perfectly accurate. Plus the bike tracked through the corners and the amount of mechanical grip on offer shocked me. There is so much trail – so much of a front tyre footprint – it literally feels like it is impossible to lose the front end. 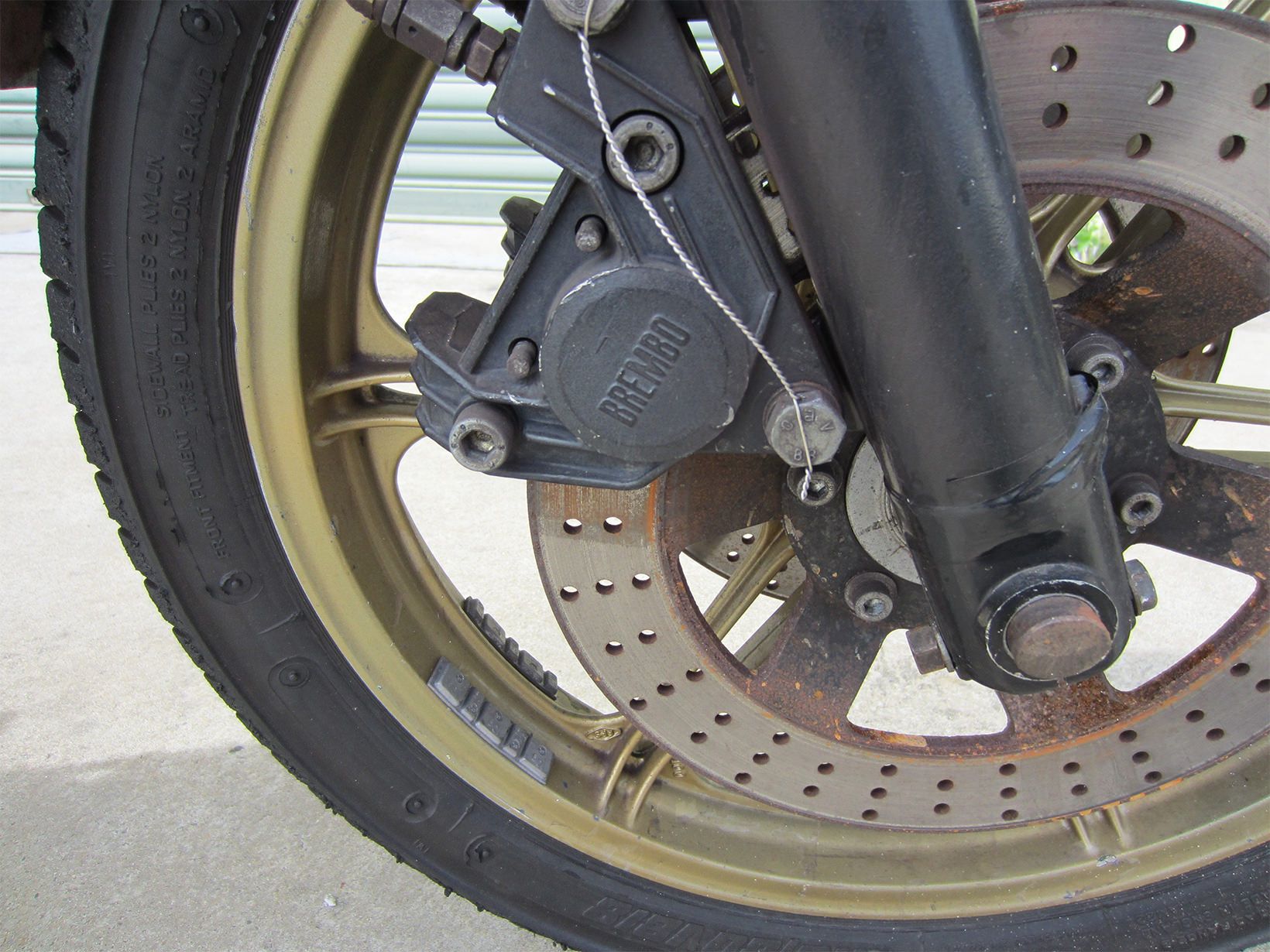 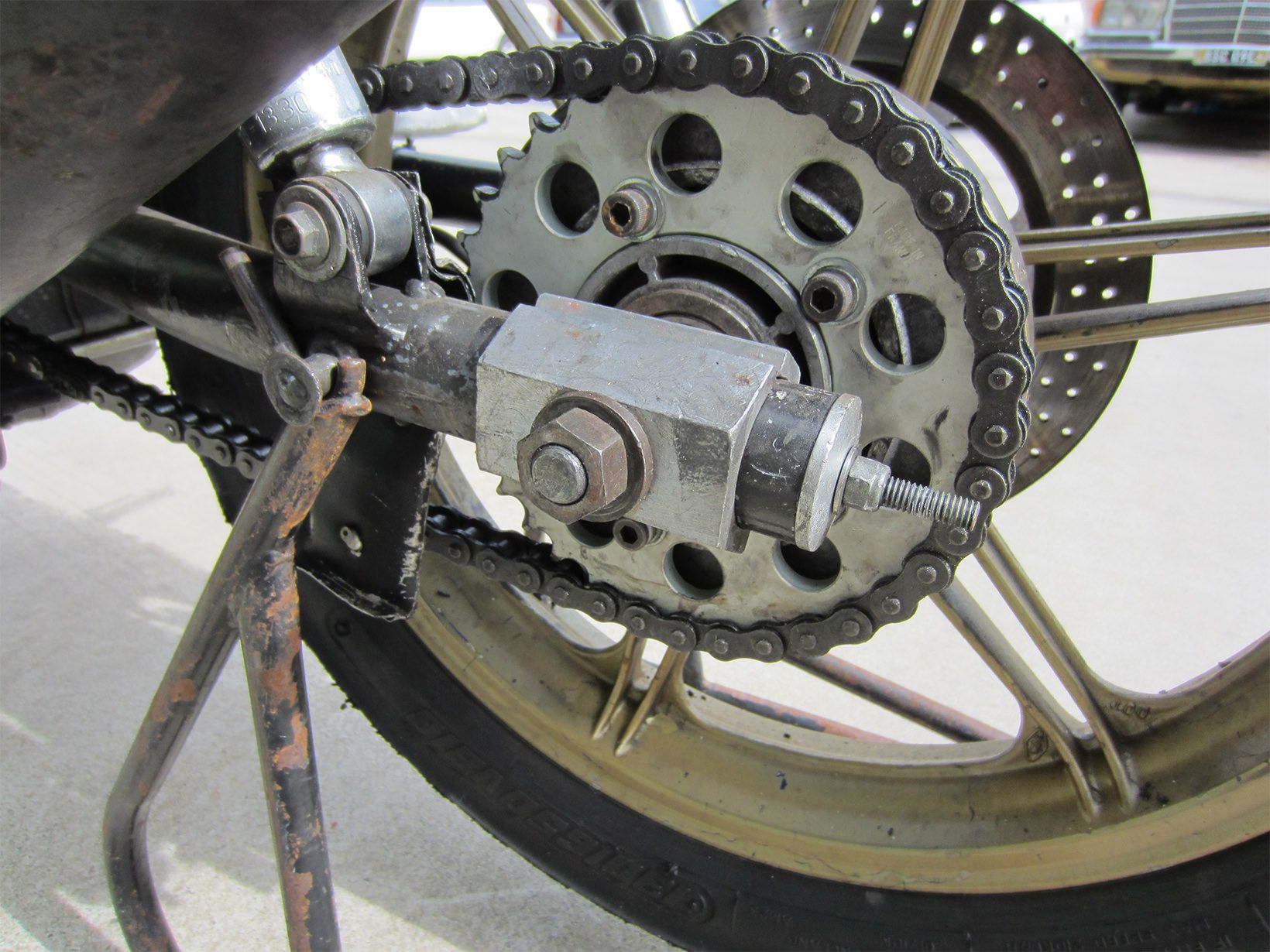 Over the weekend of racing, I learned something that, well, I had been told but never really felt aside from perhaps on the current Honda CBR1000RR Fireblade. That is – if you have good geometry, you really don’t need good suspension to have grip and good control of the bike.

It is so true. With this Pantah 500, despite making the best of what is extremely basic suspension, Dave has focussed on the chassis geometry and he has it spot on. It would definitely rate as one of the most exciting bikes I’ve raced and despite completely getting my arse kicked by 1198s, RSV4s and so forth; I was pushing the little 500 and had a grin from ear to ear all weekend. With the 780 engine, giving 30hp more, this thing will be a hoot! 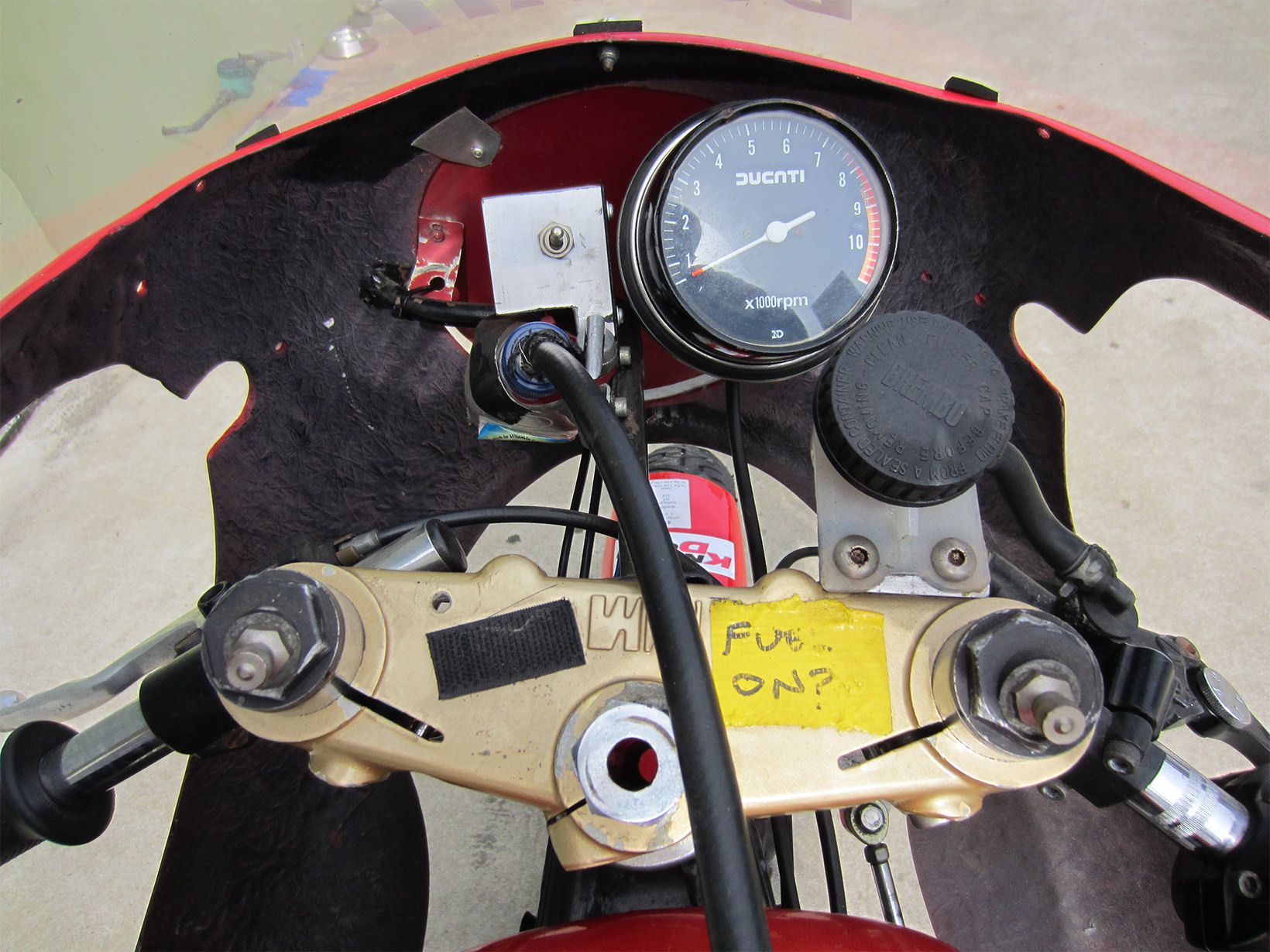 Jeff revved it well into the red zone waiting for the rev limiter, only to be told there was not one! Oops…

There’s no doubt Dave’s Pantah is a gem and a keeper. It’s been around the block more than a few times. Done thousands of laps of current and extinct tracks. Broken peoples bones. Broken bank accounts. Won trophies and driven many a love-hate relationship. And it’s still going strong!

A basic well-developed bike that has been around for 40-years. The Pantah is a classic and very collectable.