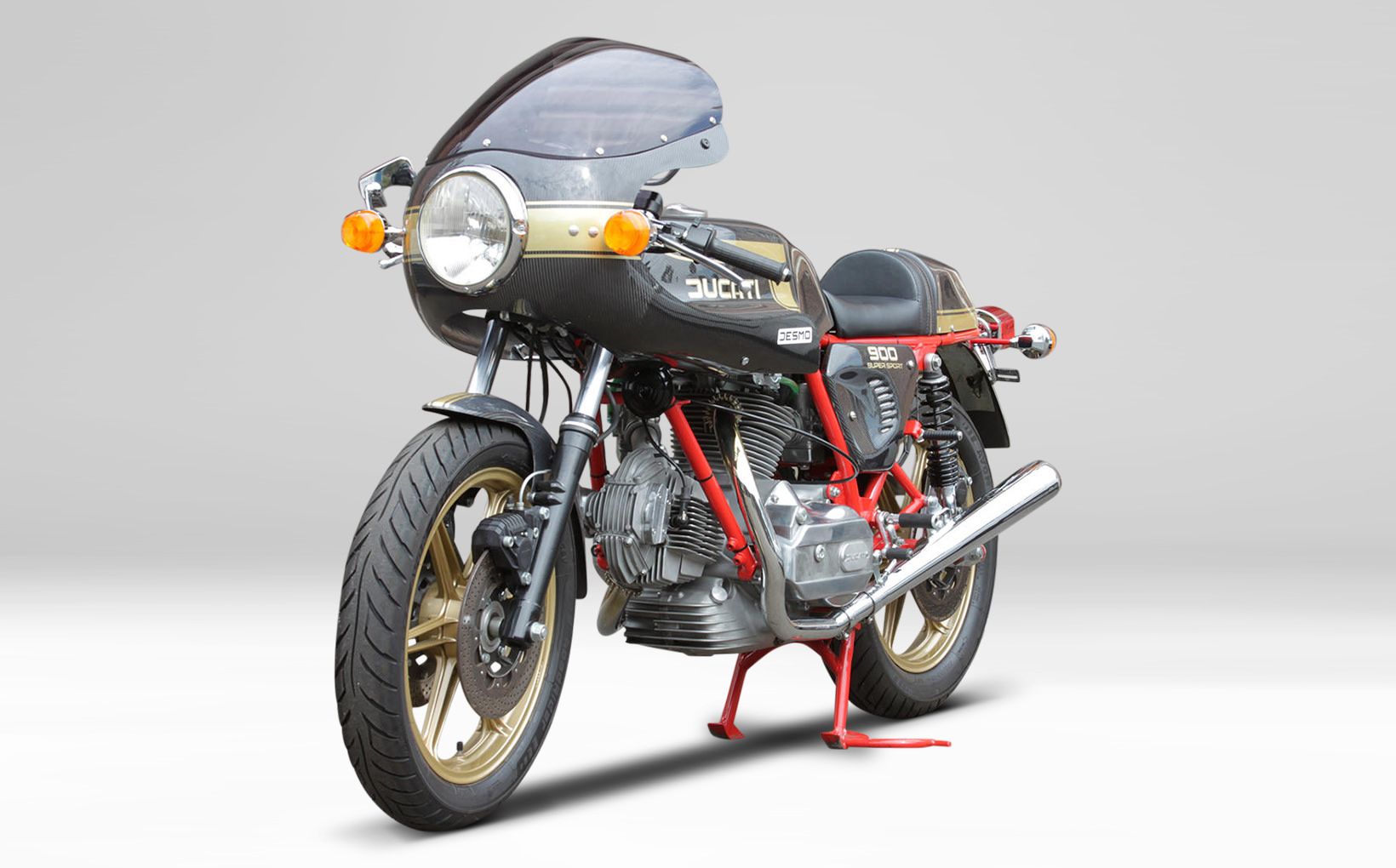 Mike Soderland restored this 1982 Ducati MHR after the bike was offered along with cash to pay for restoration of the owner’s other bike. 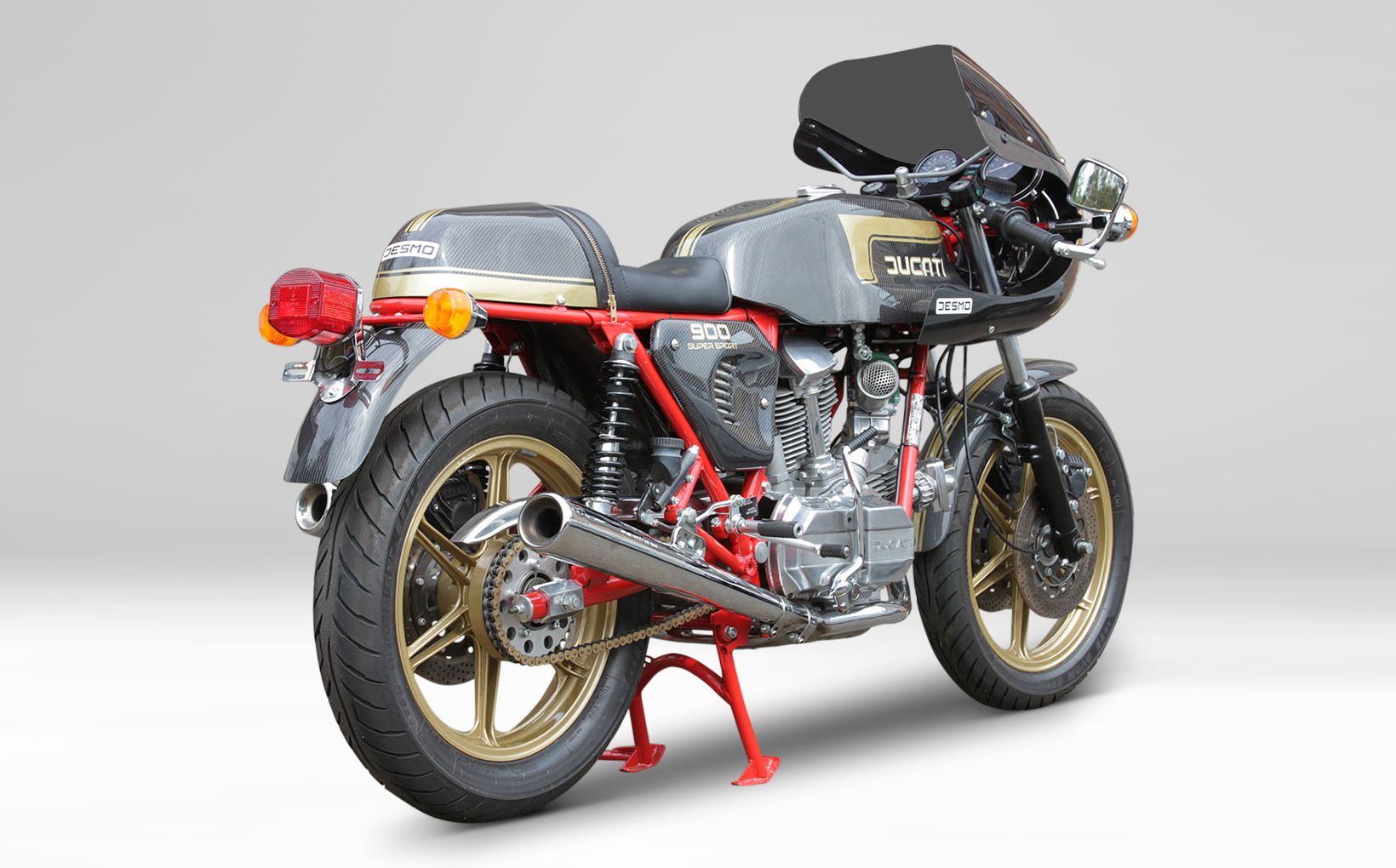 A truly unique look, this bike was completed in 2011. We wonder if it still looks like this.

Sound too good to be true? Well, apparently the MHR was quite the basket case originally and is a restoration from the ground up, with a true collector’s touch behind the work done – returning the bike to pristine condition while staying as close to stock as possible. 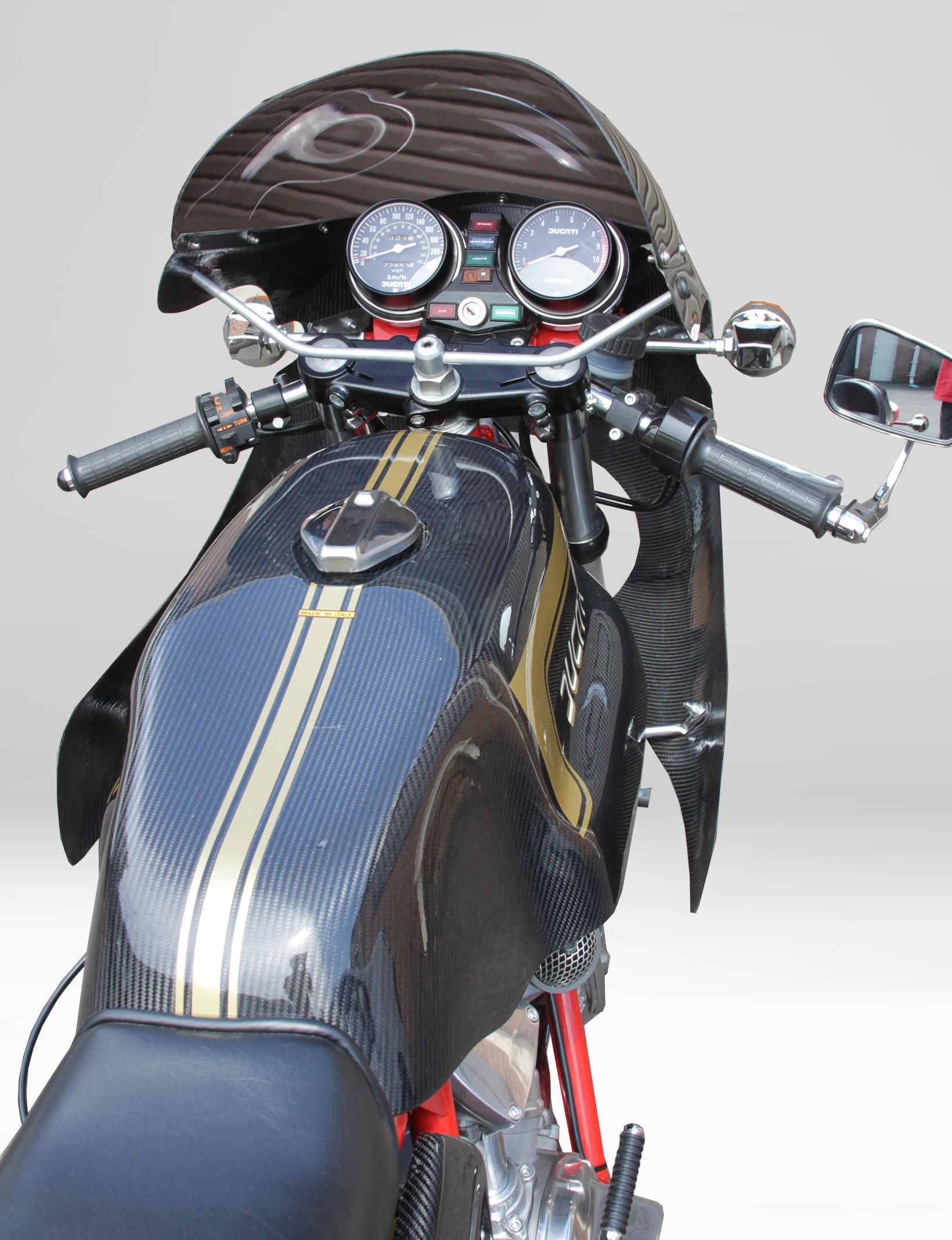 A dream cockpit for most Ducati fans. 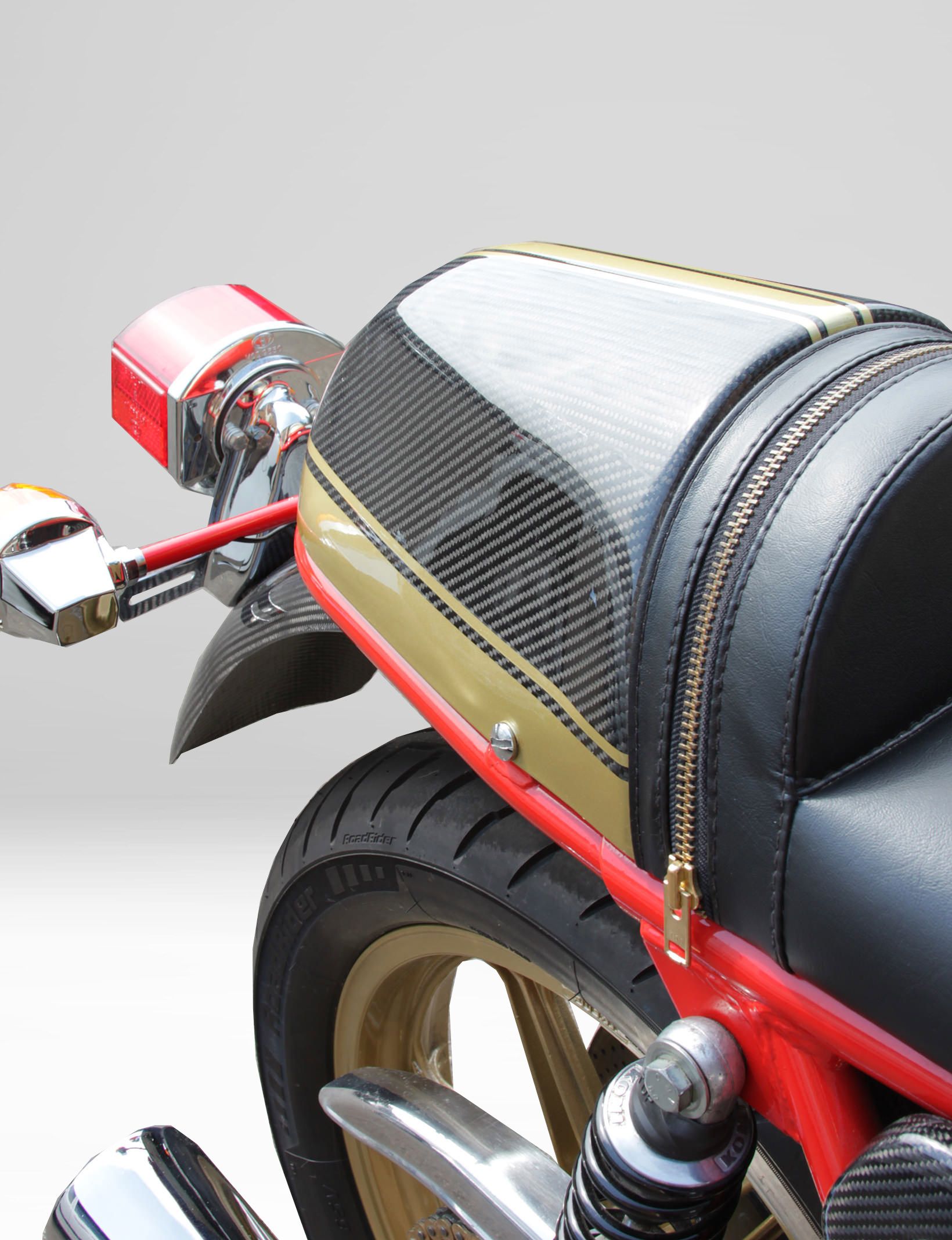 Featuring the 864cc stock Desmo bevel drive V-Twin engine, which Mike had to rebuild himself, the 1982 model also benefits from 40mm Dellorto carburettors and exhales through genuine Conti mufflers. 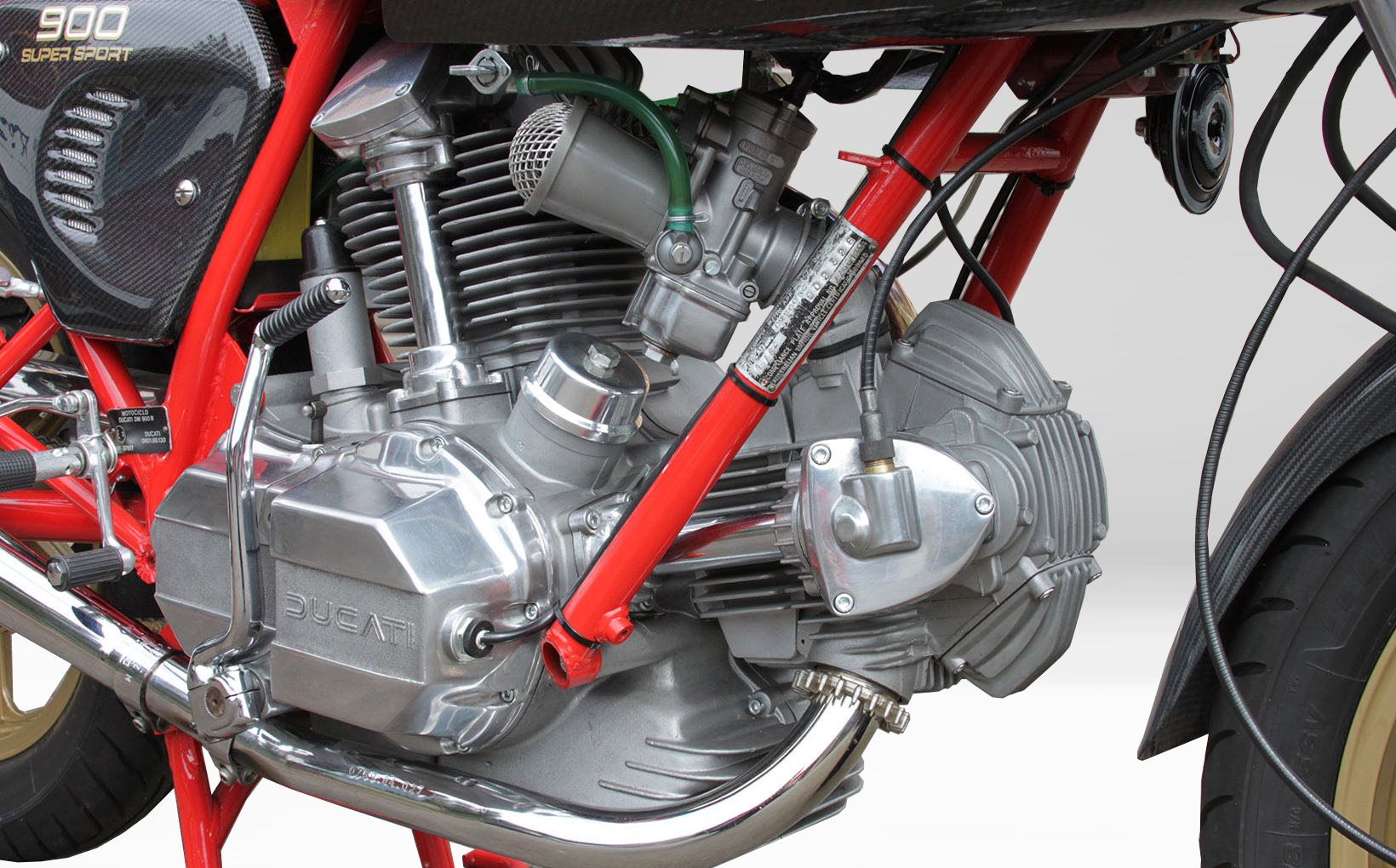 The frame is stock and remains the iconic red – a major consideration for Mike, who felt this amazing machine should display as much of the frame and engine as possible, “I wanted to show off the carbon bodywork, so I knew it would really stand out over the red frame.” Mike explains. 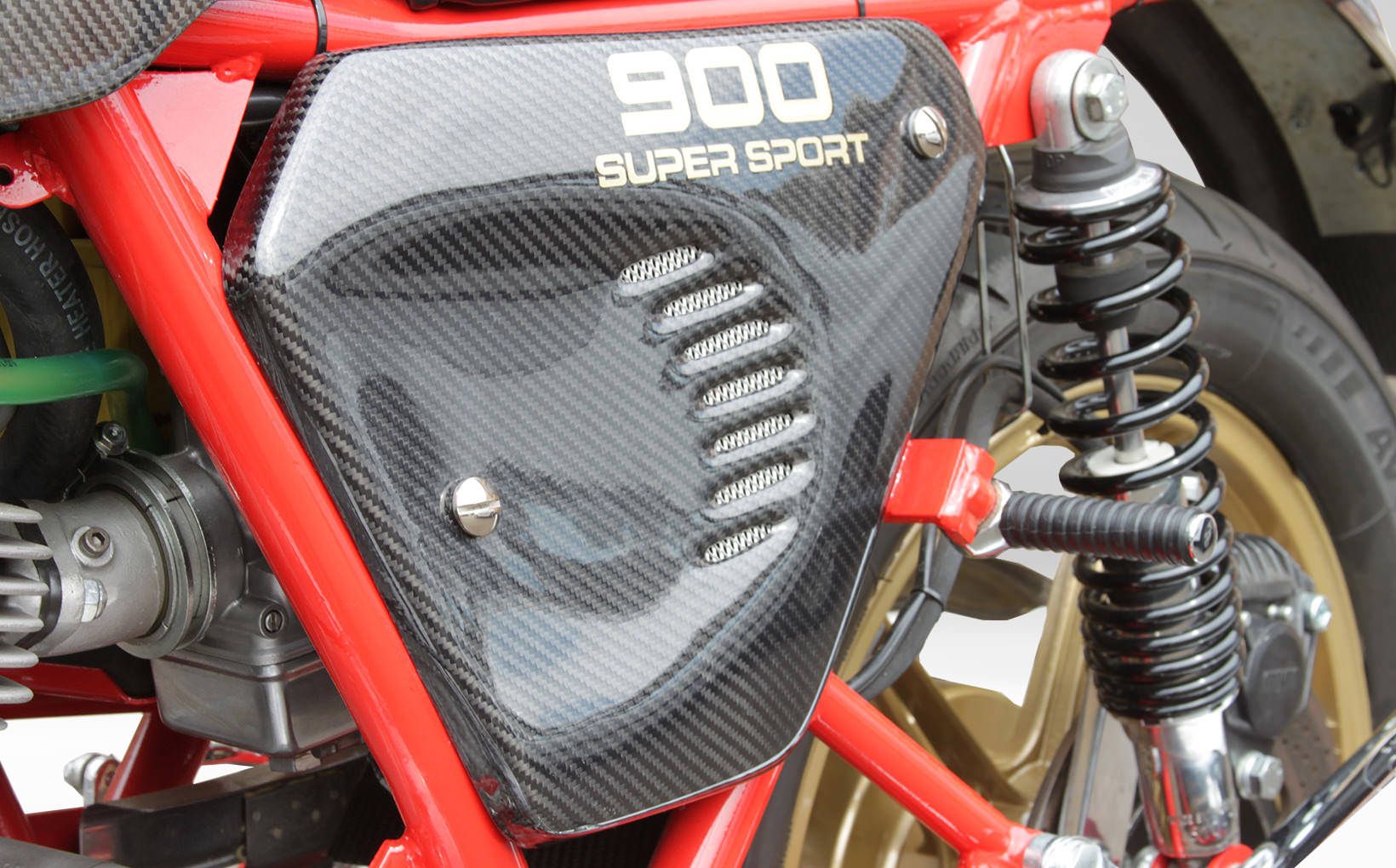 The red frame really stands out against the grey carbon-fibre.

“The idea is that you have your original Hailwood bodywork but don’t want to get it stone chipped. 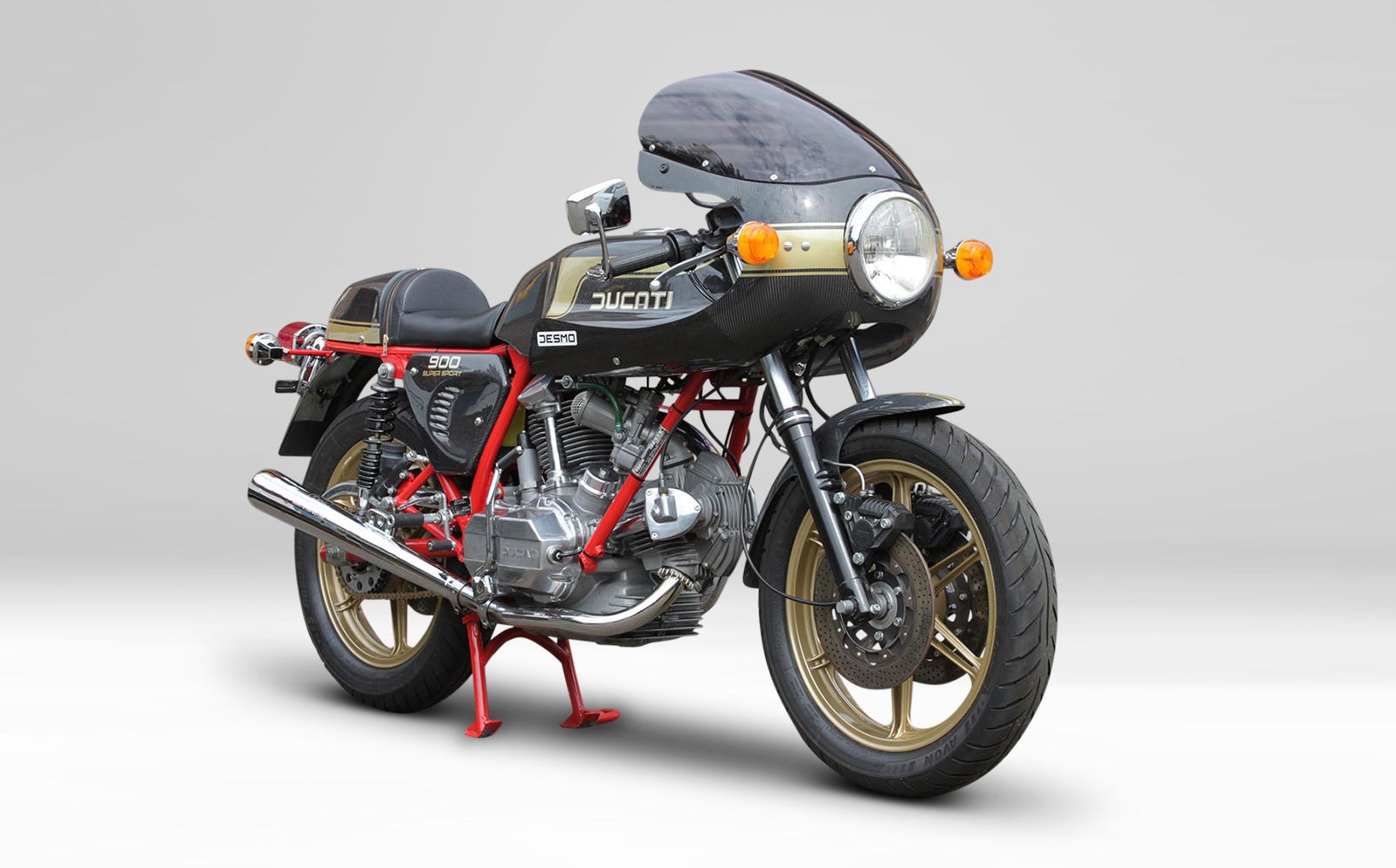 The SS fairings look amazing and the original MHR fairings are tucked away safely.

“But you want to enjoy your bike, so you have this spare set of bodywork for everyday riding, while the originals go on the bike for Concourse time – show days.” 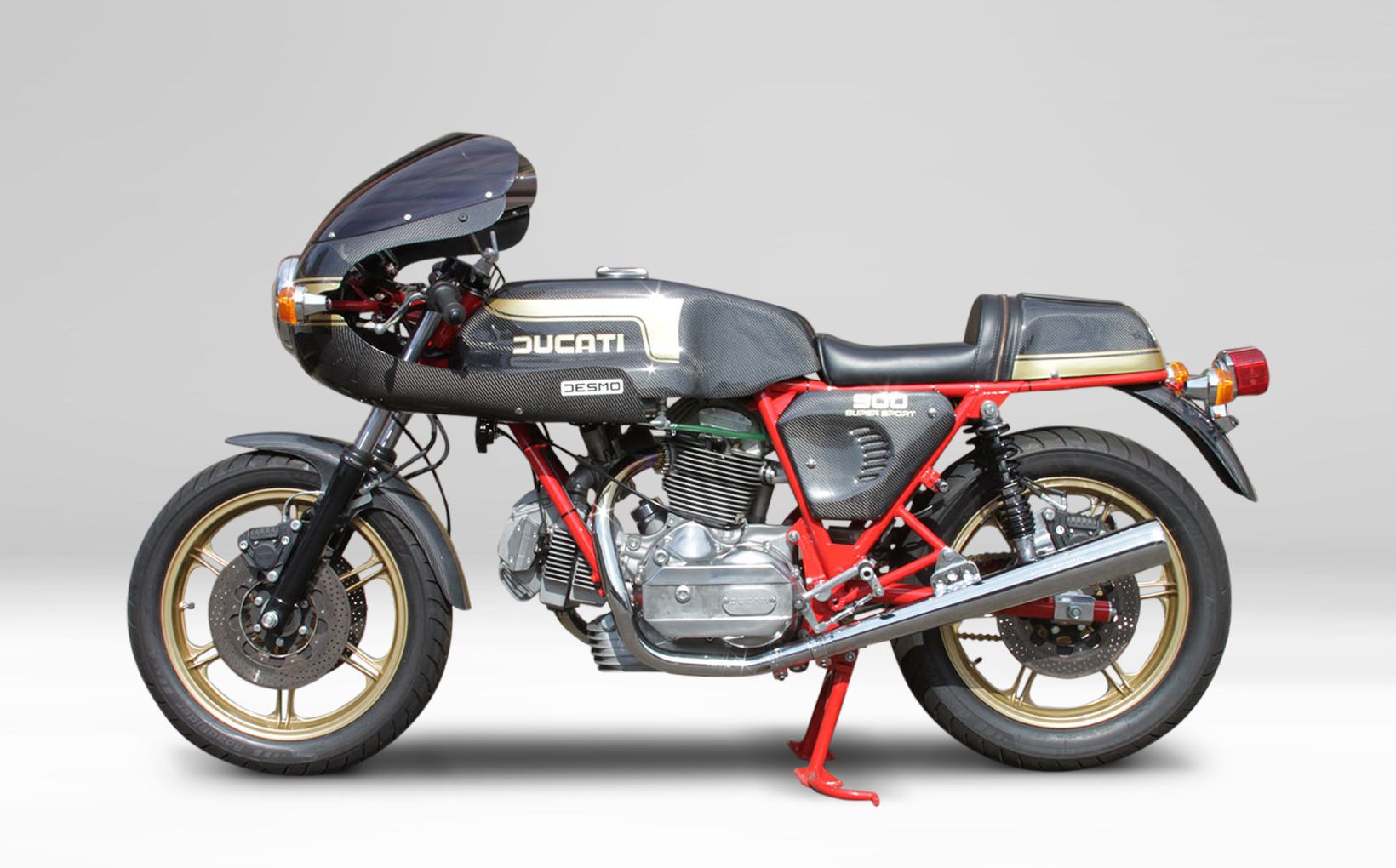 The paint was taken care of by Crow’s Custom paint, while Dan Murdoch of MotoGraphix took care of the decals. The gold is certainly an eye-catching detail over the magnificent carbon-fibre. 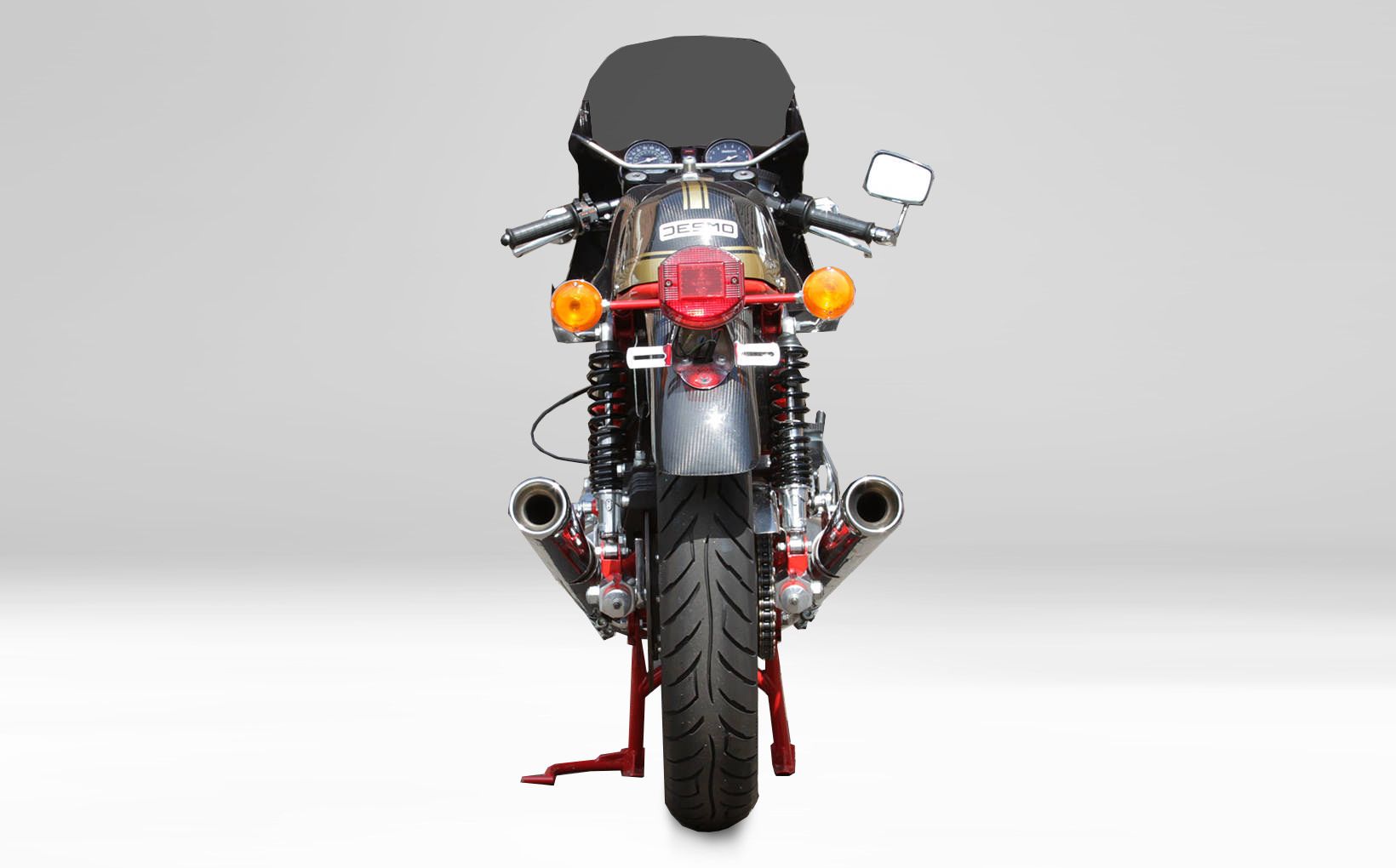 The end where the boom comes from, there is no sound like it. 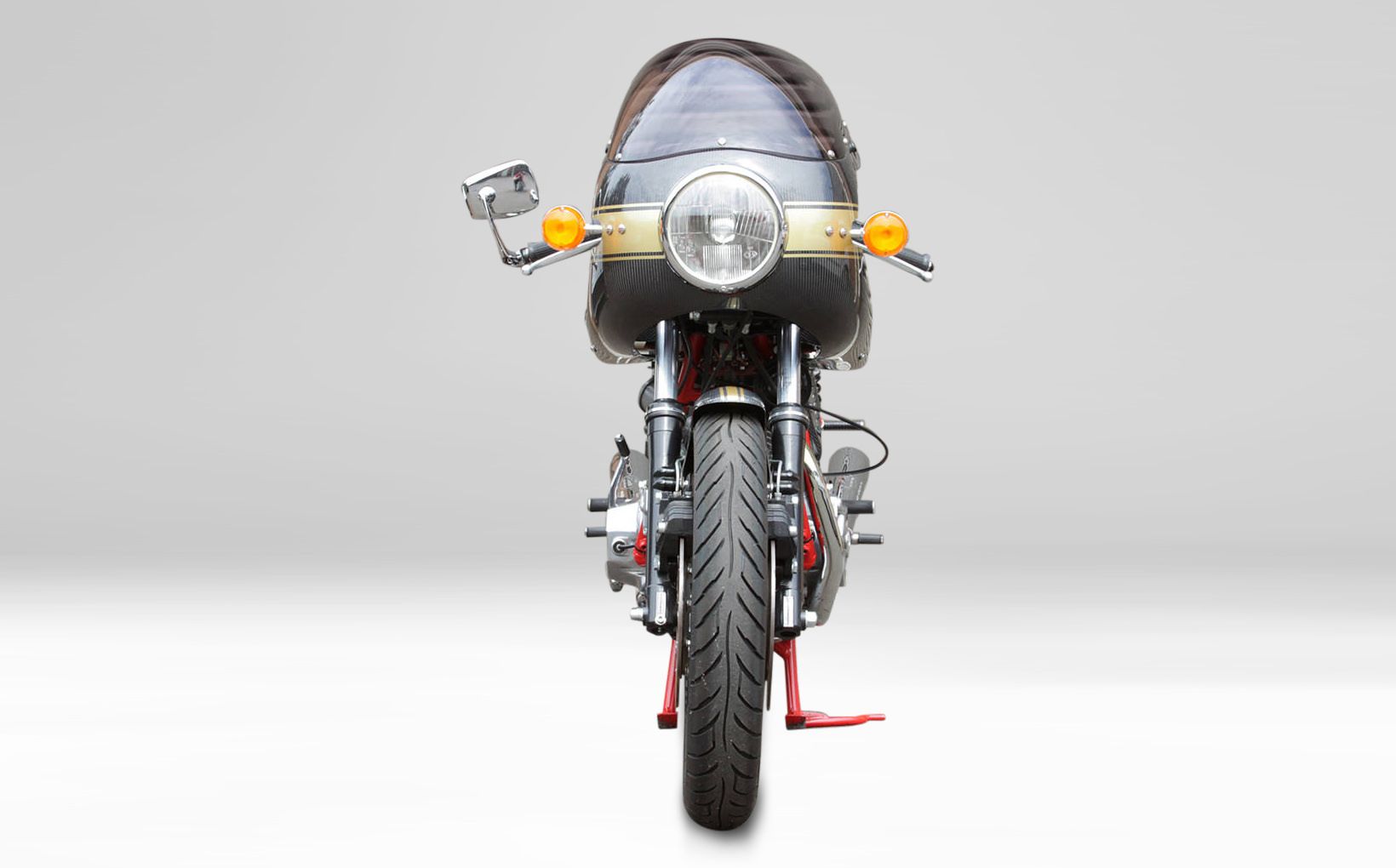 The front forks are the stock 38mm Marzocchis, while the shocks have been upgraded with Ikon offerings – which Gowanloch Ducati stock for a variety of models. Brembo takes care of the braking with 280mm rotors front and rear. P08 Brembo callipers do the stopping in subtle style. 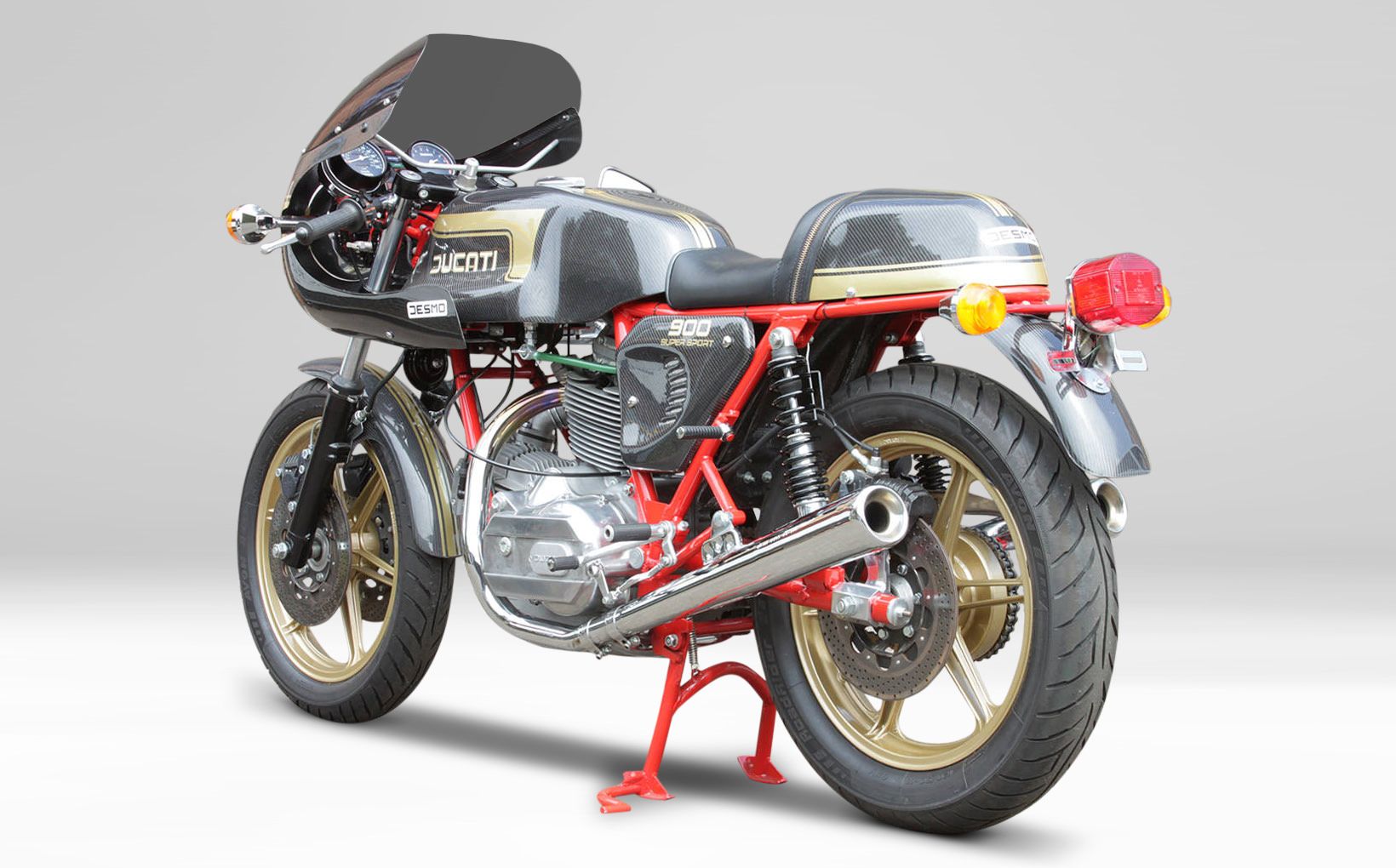 Just urging you to go for a run up through the hills to listen to the pipes bounce off the walls.

Stock wheels in the original gold also maintain the appearance and are Foundry Pedrini Siena offerings, of the alloy variety –replacing the magnesium wheels on the earlier models, which proved too fragile. Avon AM26 100/90x18 tyres take care of traction. 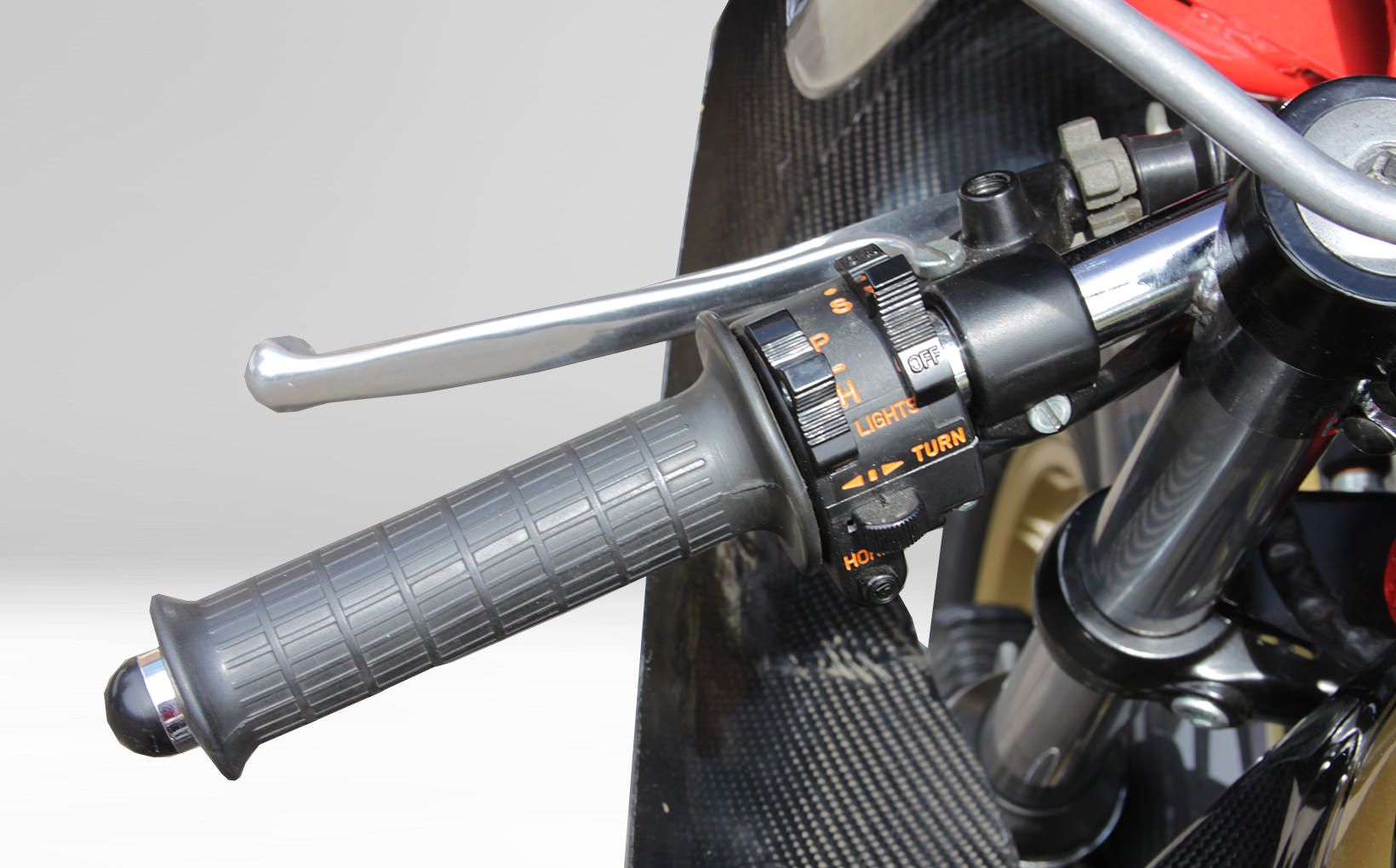 Basic switchgear, a thing of the past.

Mike got a bit cagey about the hours that went into this project exclaiming, “Who cares, it’s a labour of love!” Hard to argue with that… 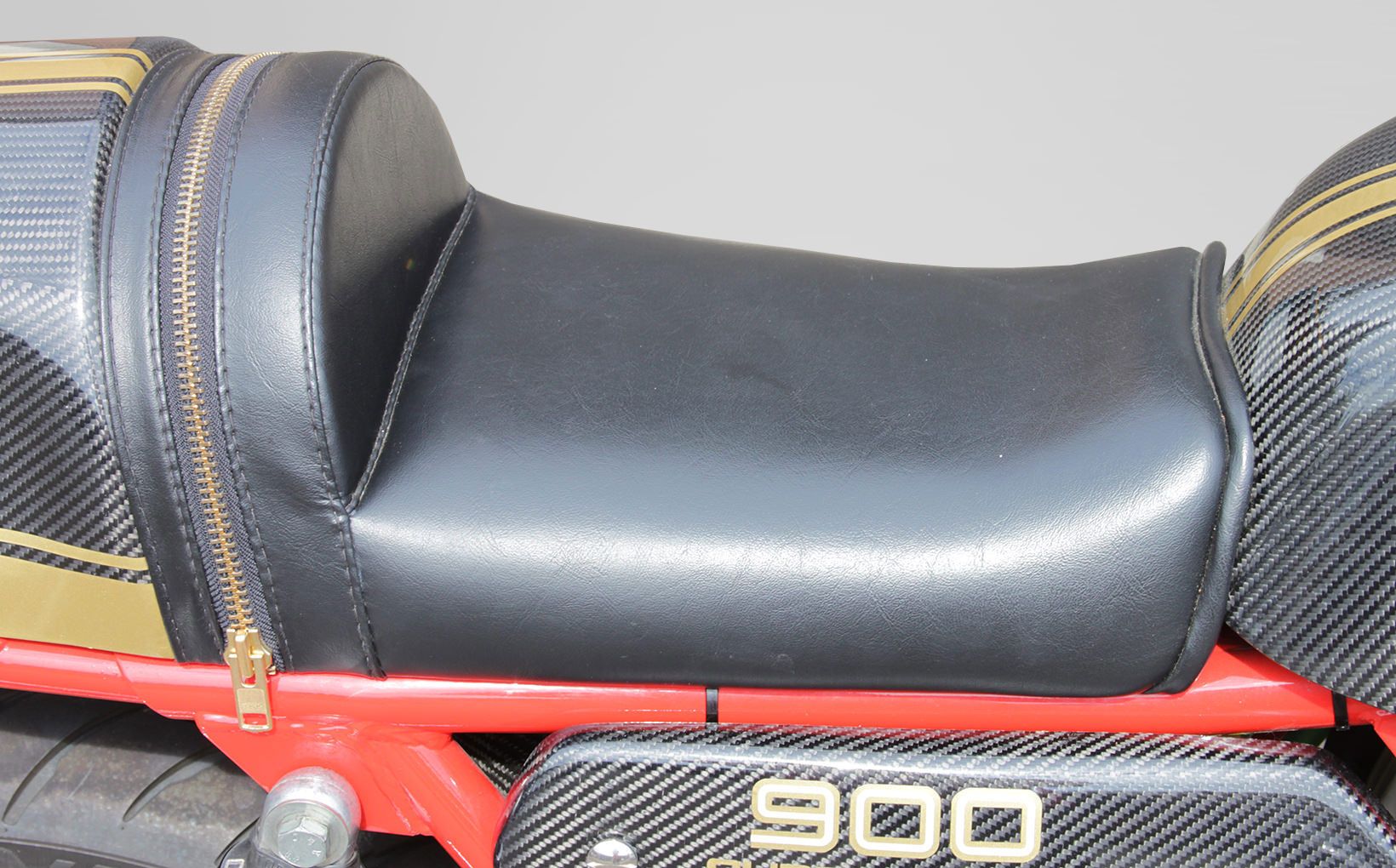 Racer single seat has been restored.

If he had to do it again Mike would consider going for spoked wheels but is looking towards the future now, “It’s time to move onto the next bike, this is an addiction remember and I would do it again in a heartbeat.” 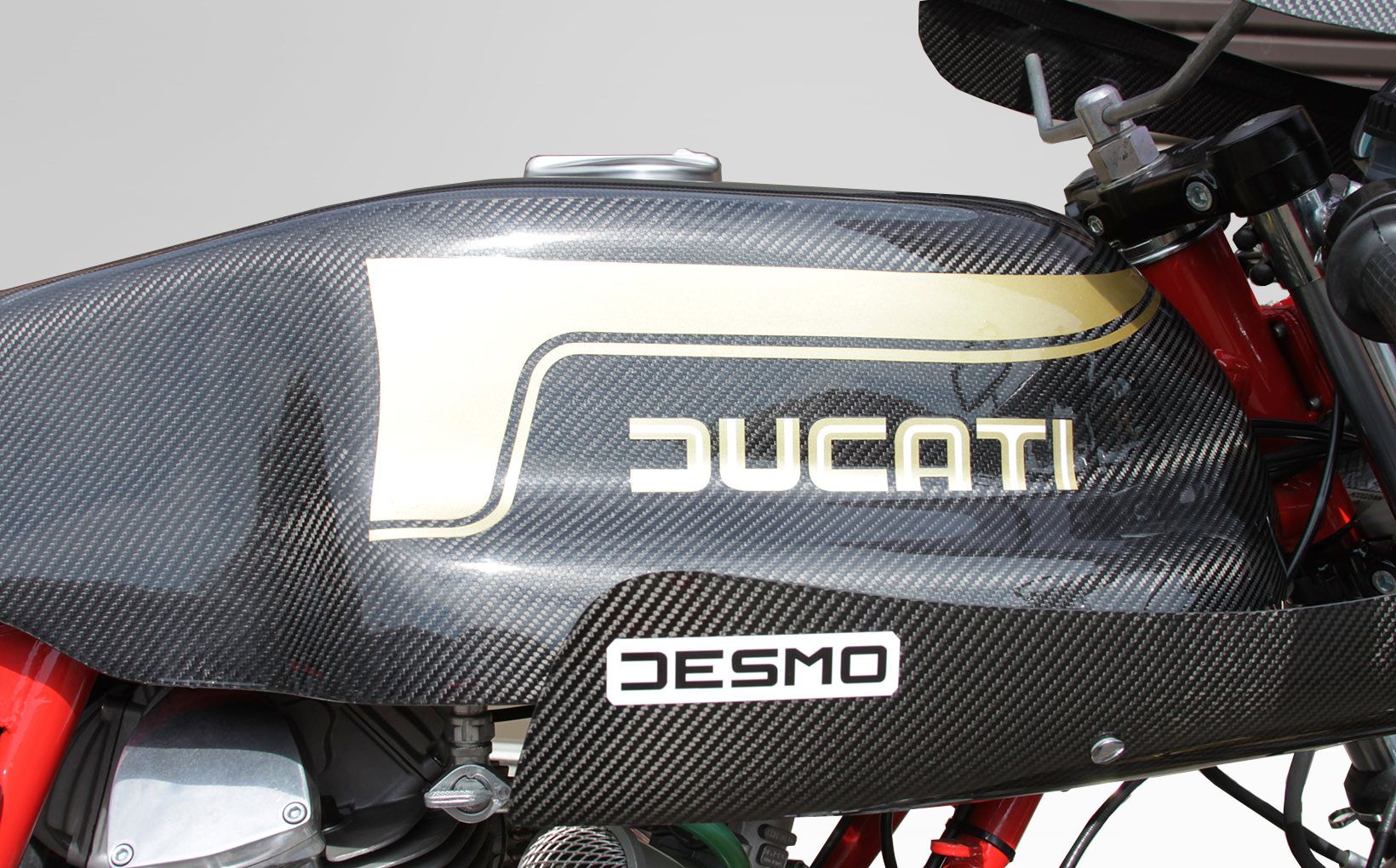 Amazing carbon-fibre 22L fuel tank must be worth a fortune.