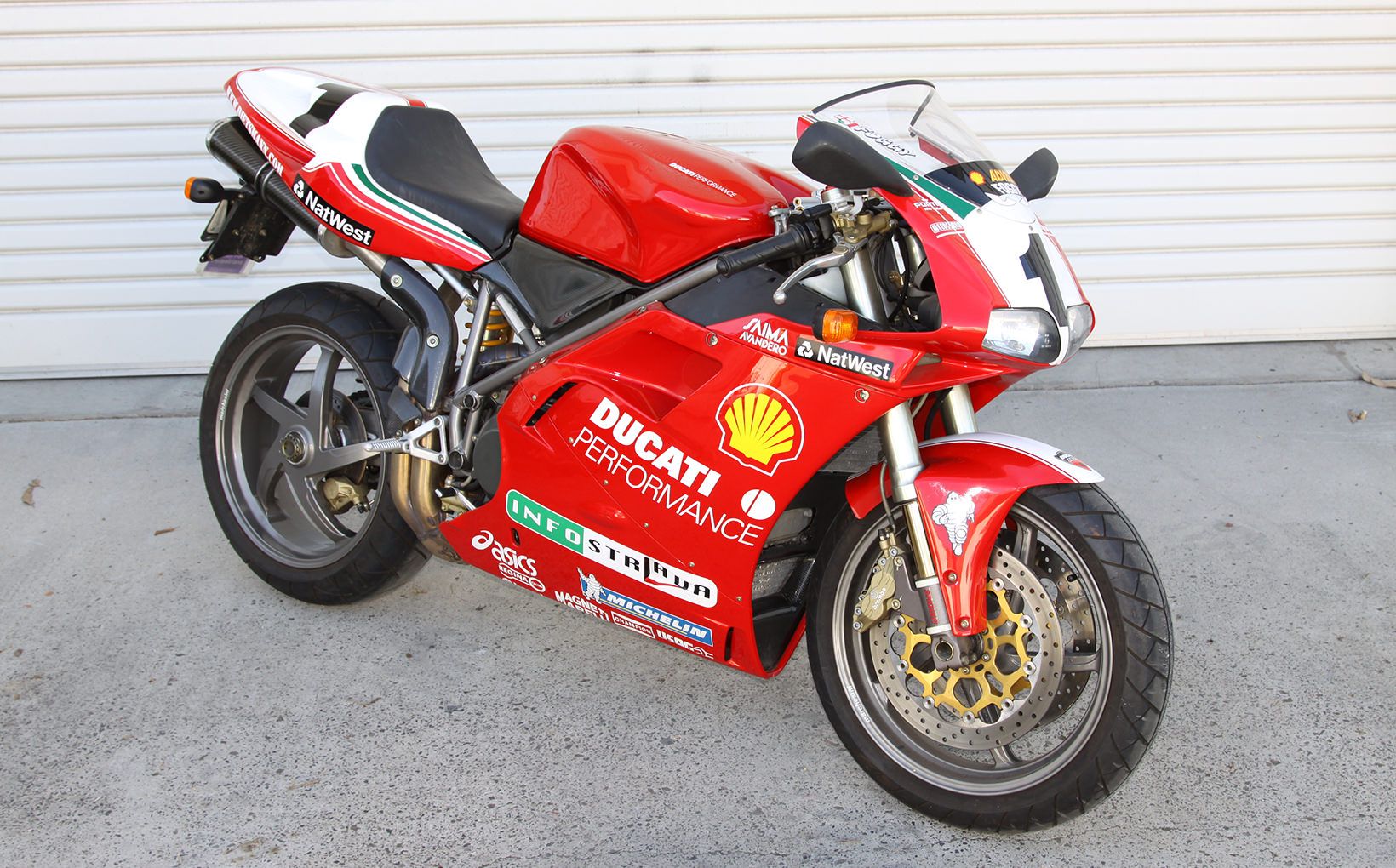 There is no denying that the Ducati 916 is one of the most beautiful motorcycles ever to be sold to the public. The bike was introduced in 1994 taking over the race winning reigns of the 888 and 851 Ducatis that had great success in the late ’80s and early ’90s. 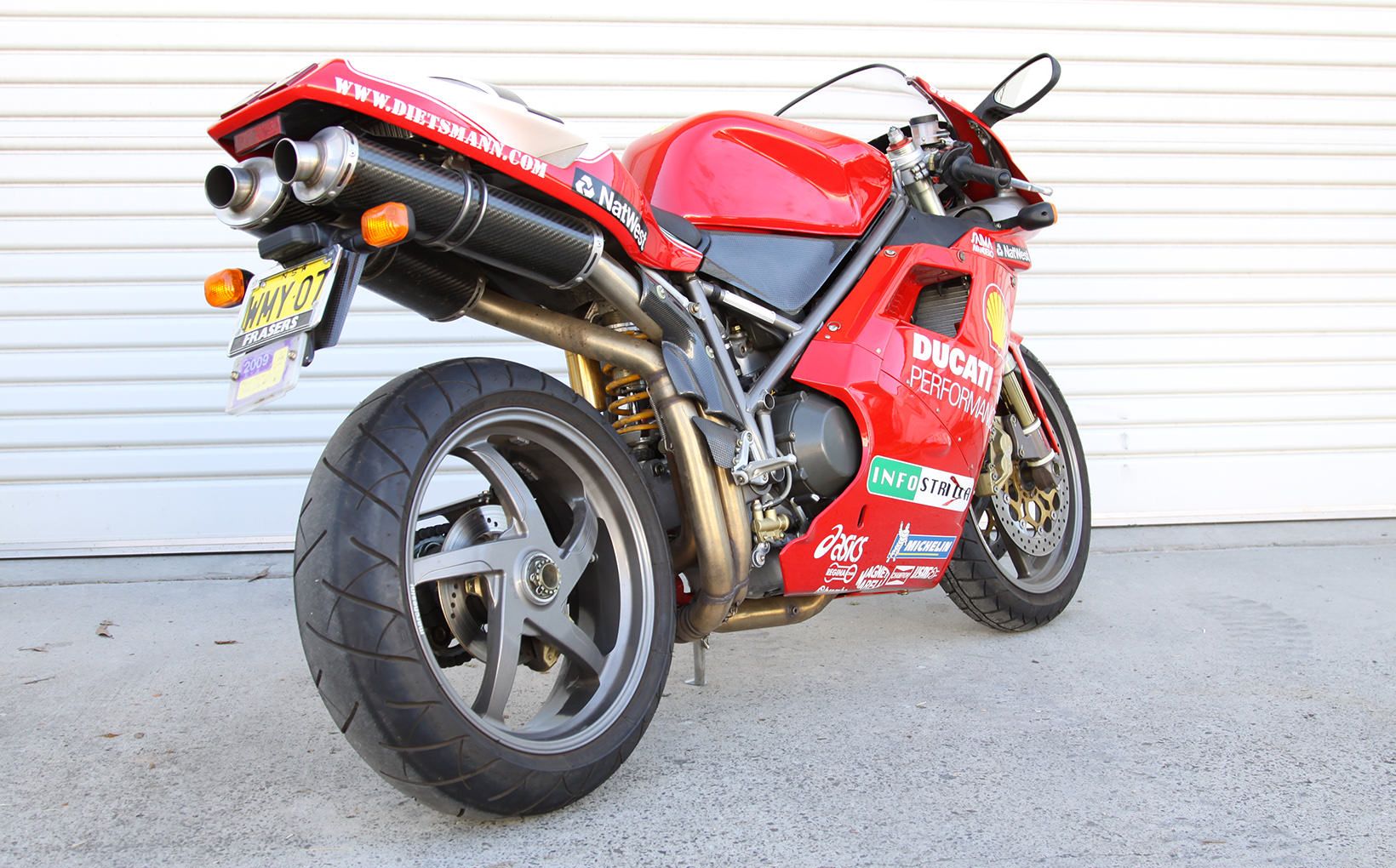 One of Ducati’s unique features is the Desmodromic valve operating system that was originally used by Mercedes. In 1954 the Chief Engine Designer was Fabio Taglioni who designed the Desmo two-valve cylinder-heads but the man responsible for the development of the more modern eight-valve V-twin we know today was Massimo Bordi. 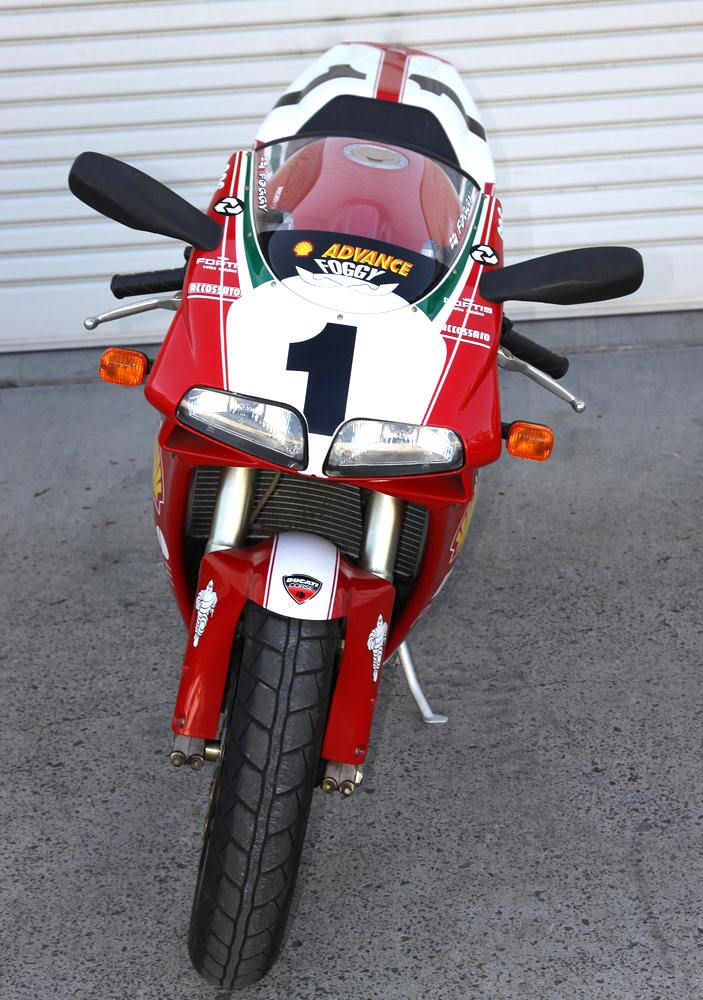 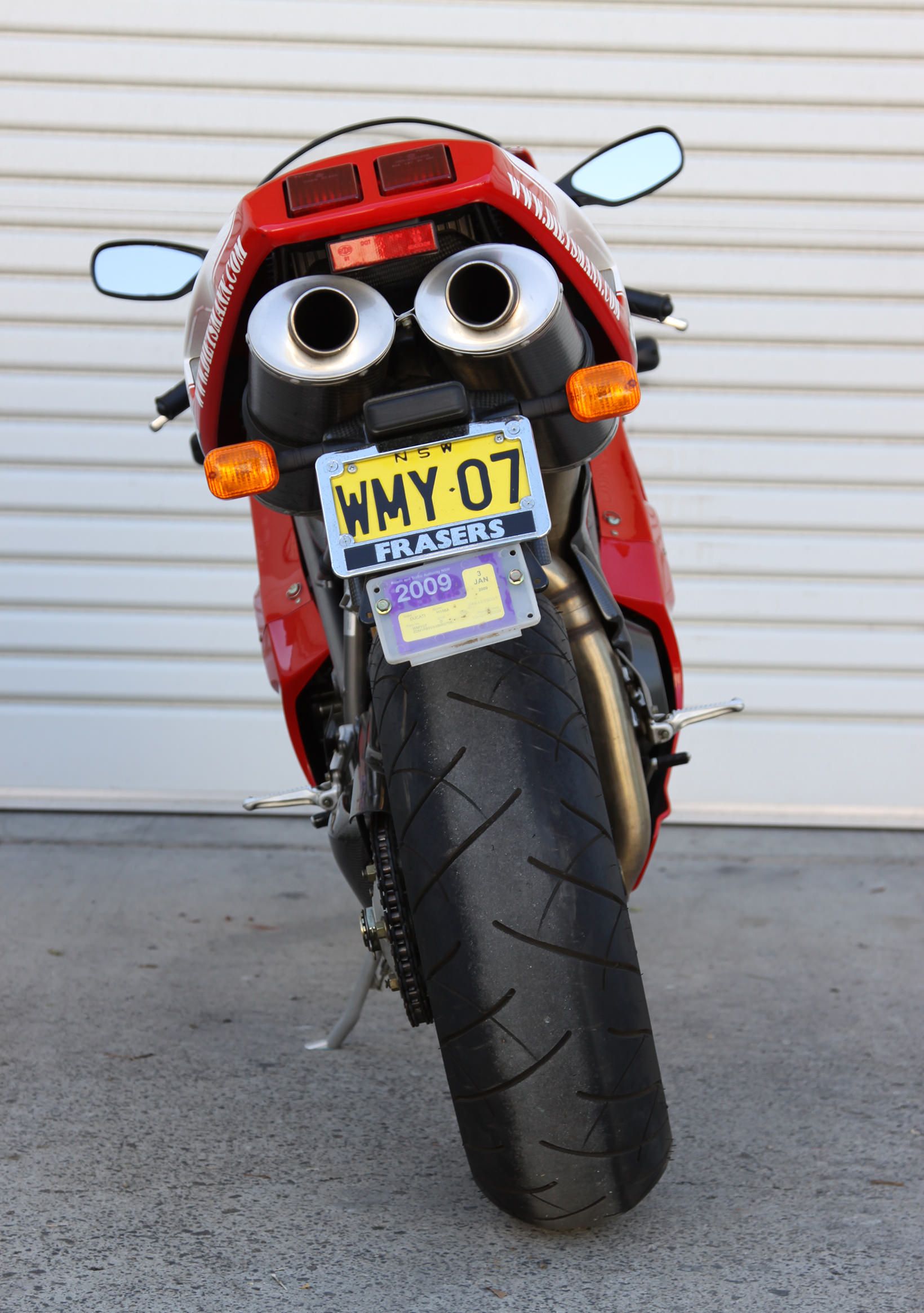 That rear end that has become so famous.

The eight-valve engine was first introduced in the 851 in 1988 and the bike was fitted with a single seat, showing Ducati’s race intentions. By January 1992 the 888 was introduced – effectively the same bike with a bored-out engine and it ran until 1993 when the all-new beautiful 916 was unveiled at the Milan Motorcycle Show. 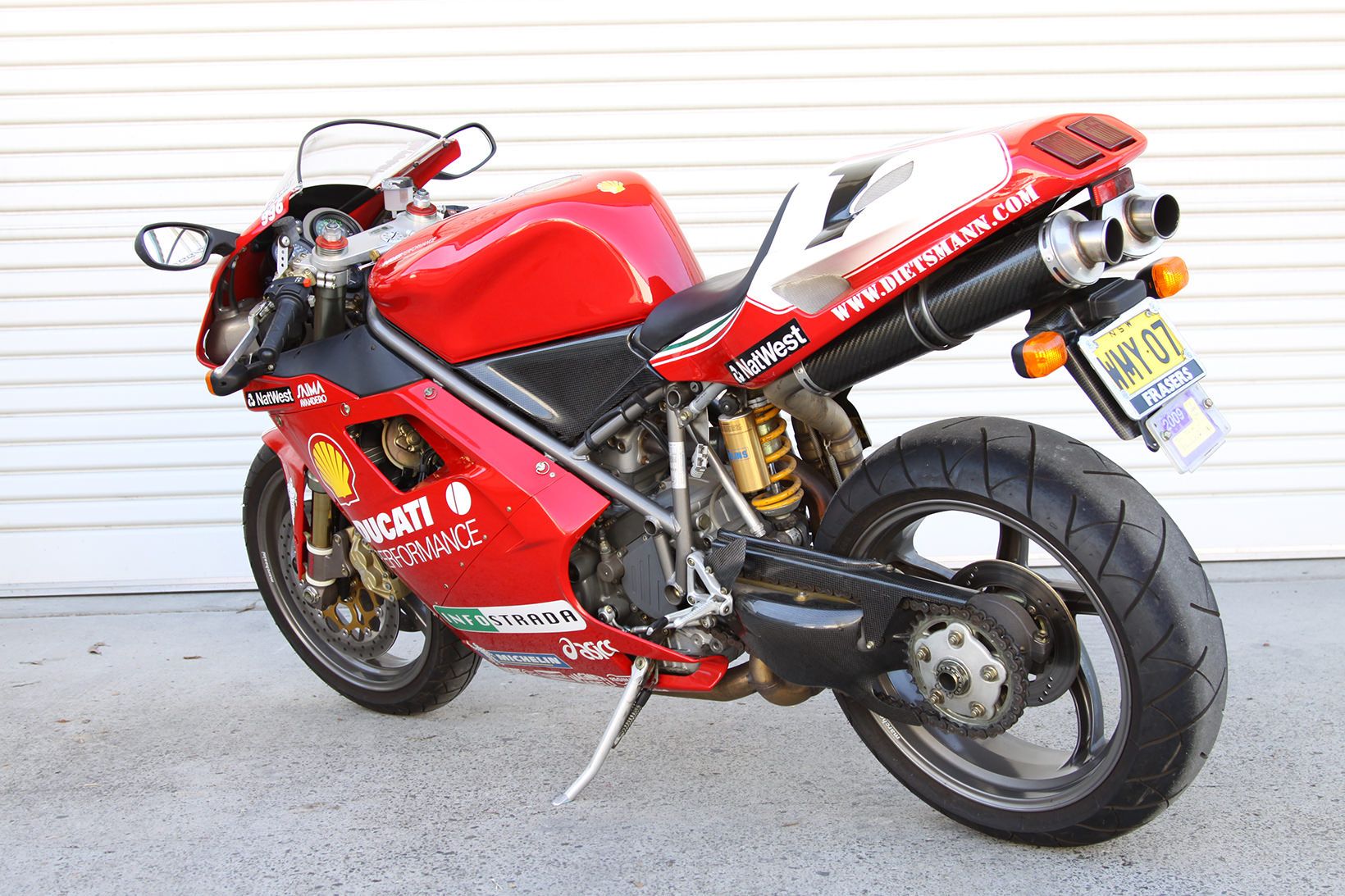 This bike was photographed by us a decade ago. We are not sure where it is these days, hopefully still being ridden!

One year later and the bike was unleased to the world press where it scored rave reviews. To homologate the increase in capacity for the American Superbike Serries and WSBK a larger capacity engine was introduced – 996cc to be exact... 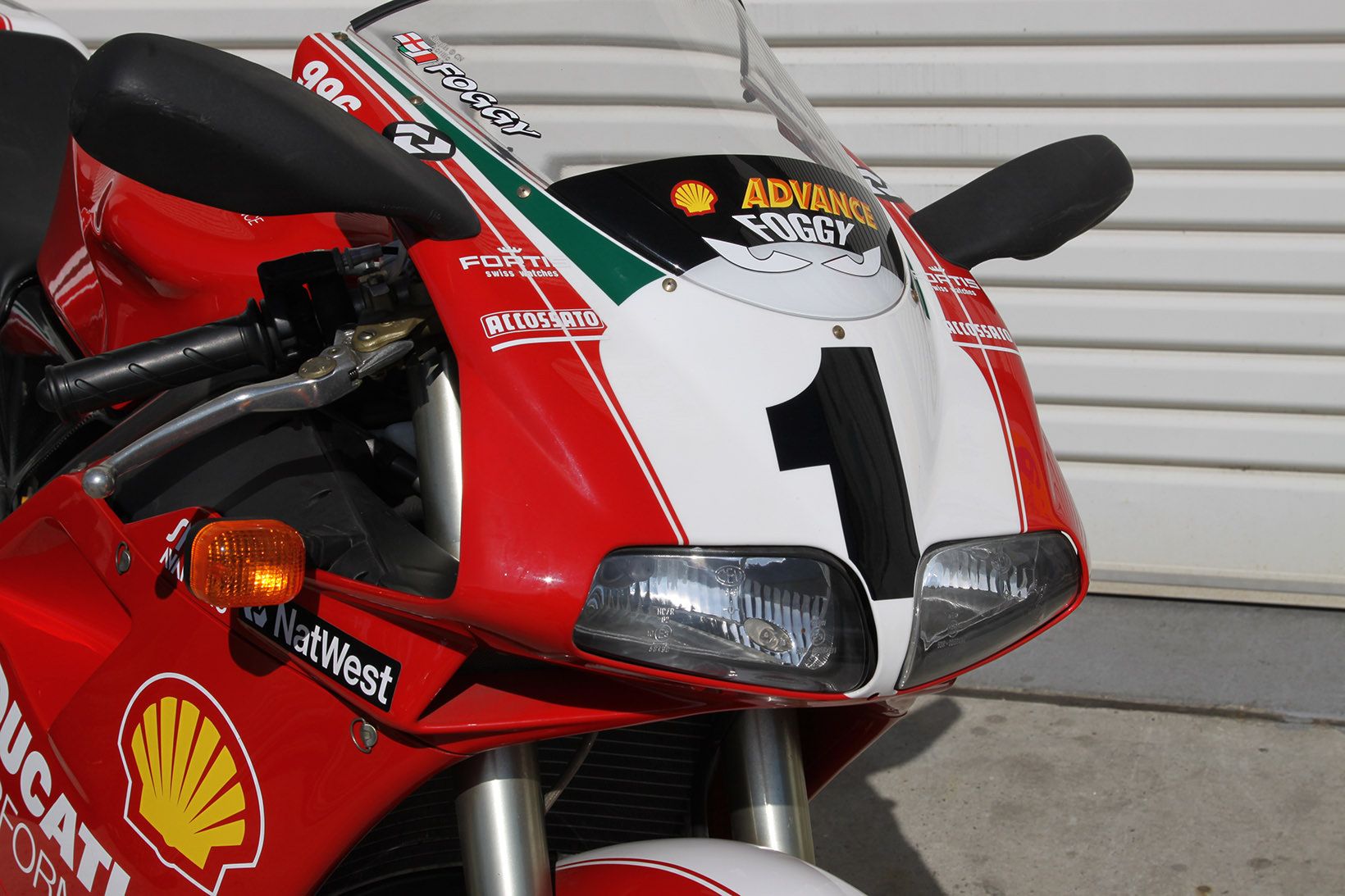 This particular bike was bought brand new for $40k in 1999 and is the 996 SPS/F model – the F being for Carl Fogarty replica. As the story goes, the bike was supposed to be initially built for Troy Corser to ride in the WSBK Championship but Troy decided to ride for Aprilia so the bike was up for sale. 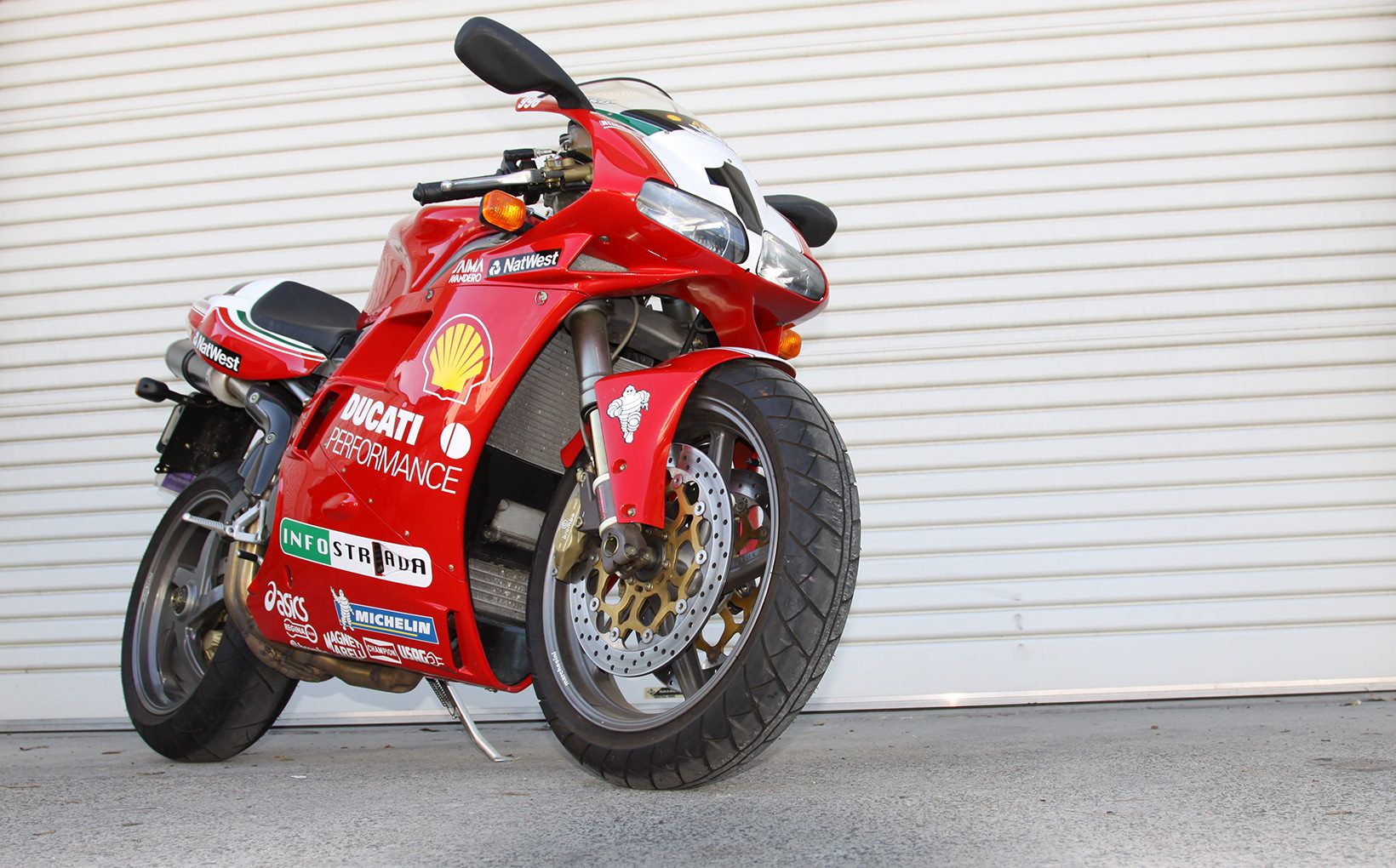 The bike is basically stock but what’s stock on a Foggy replica is pretty special in itself. So, what did you get for your $40k? Well, the bike came with 43mm Showa TiN fully adjustable upside-down forks with 127mm of travel – you also got an Ohlins steering damper to keep the bike inline. At the back, Ohlins took care of business with its progressive cantilever fully adjustable monoshock. 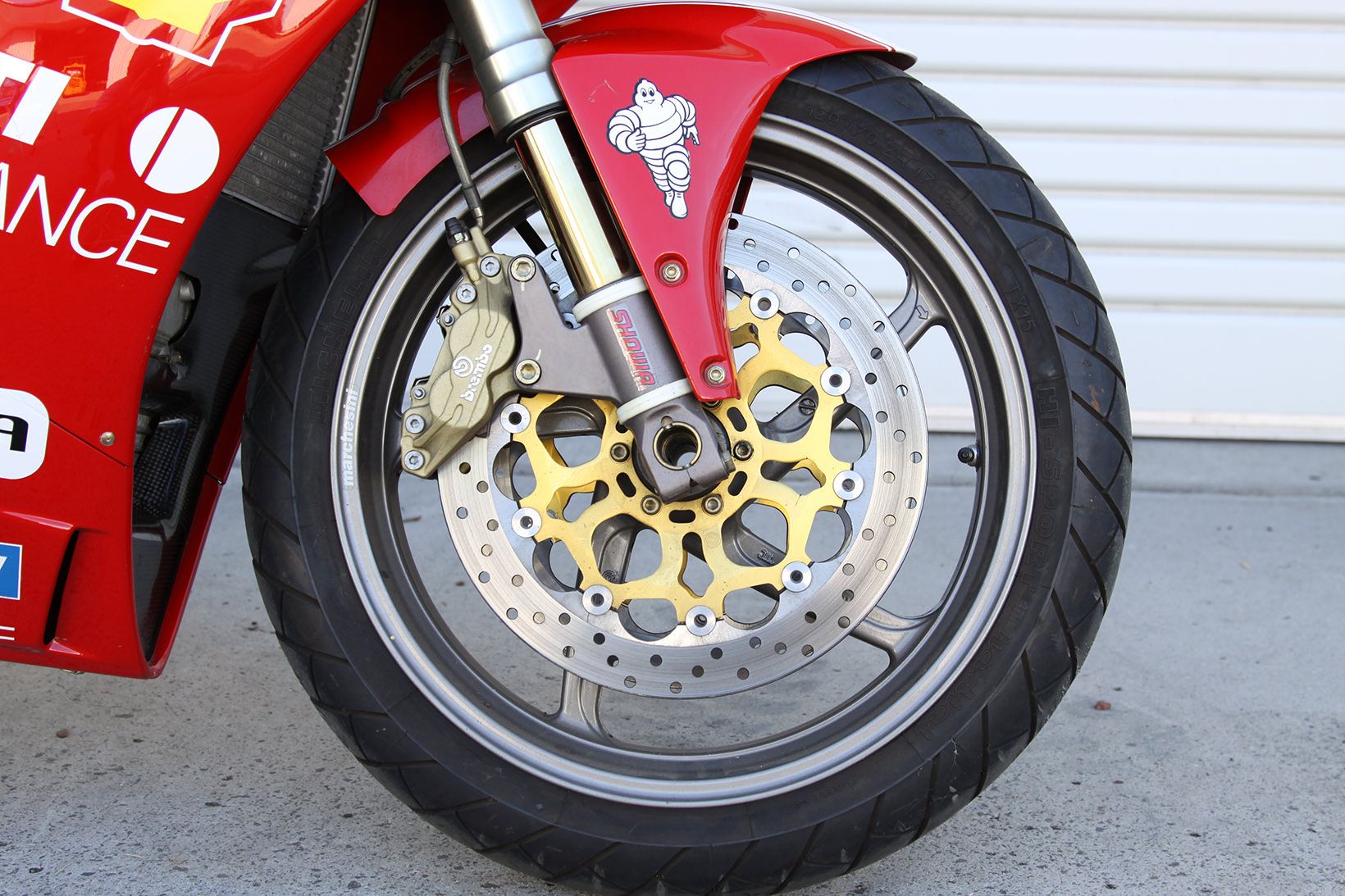 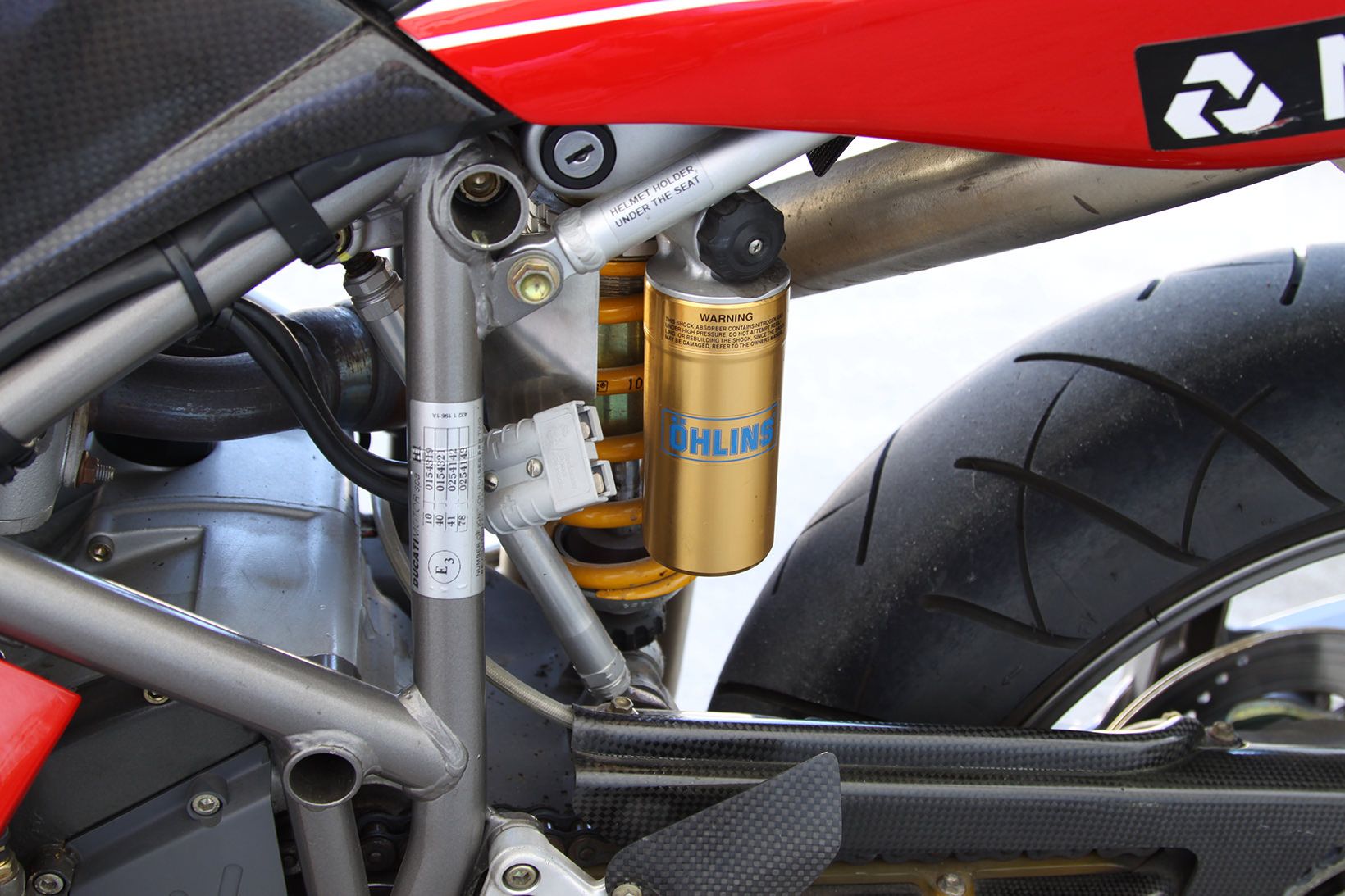 Brakes were dual 320mm cast iron rotors with four piston Brembo calipers at the front and a single 220mm rotor at the rear with a Brembo twin-piston caliper. The wheels were super light five-spoke alloy Marchesini. 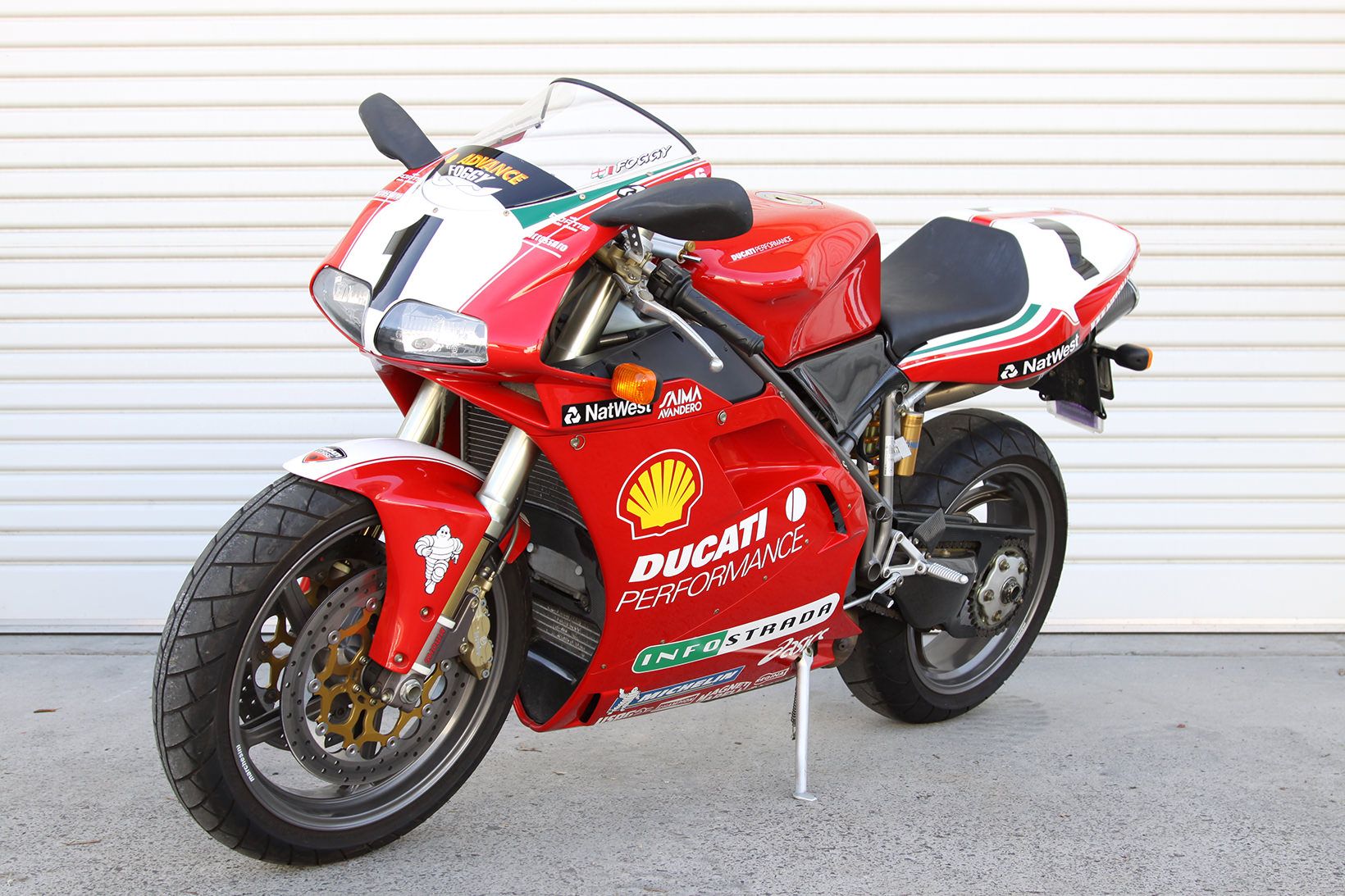 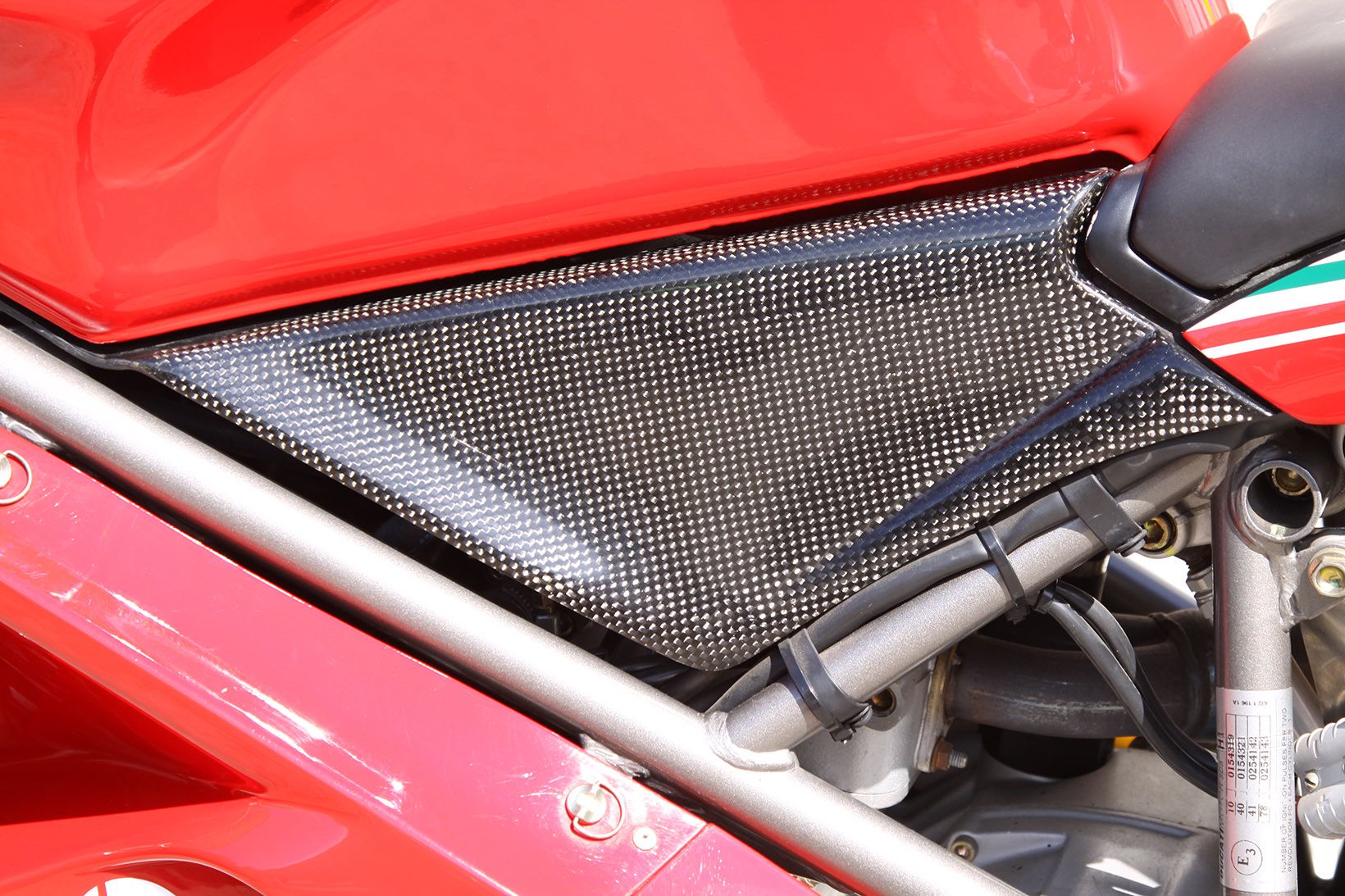 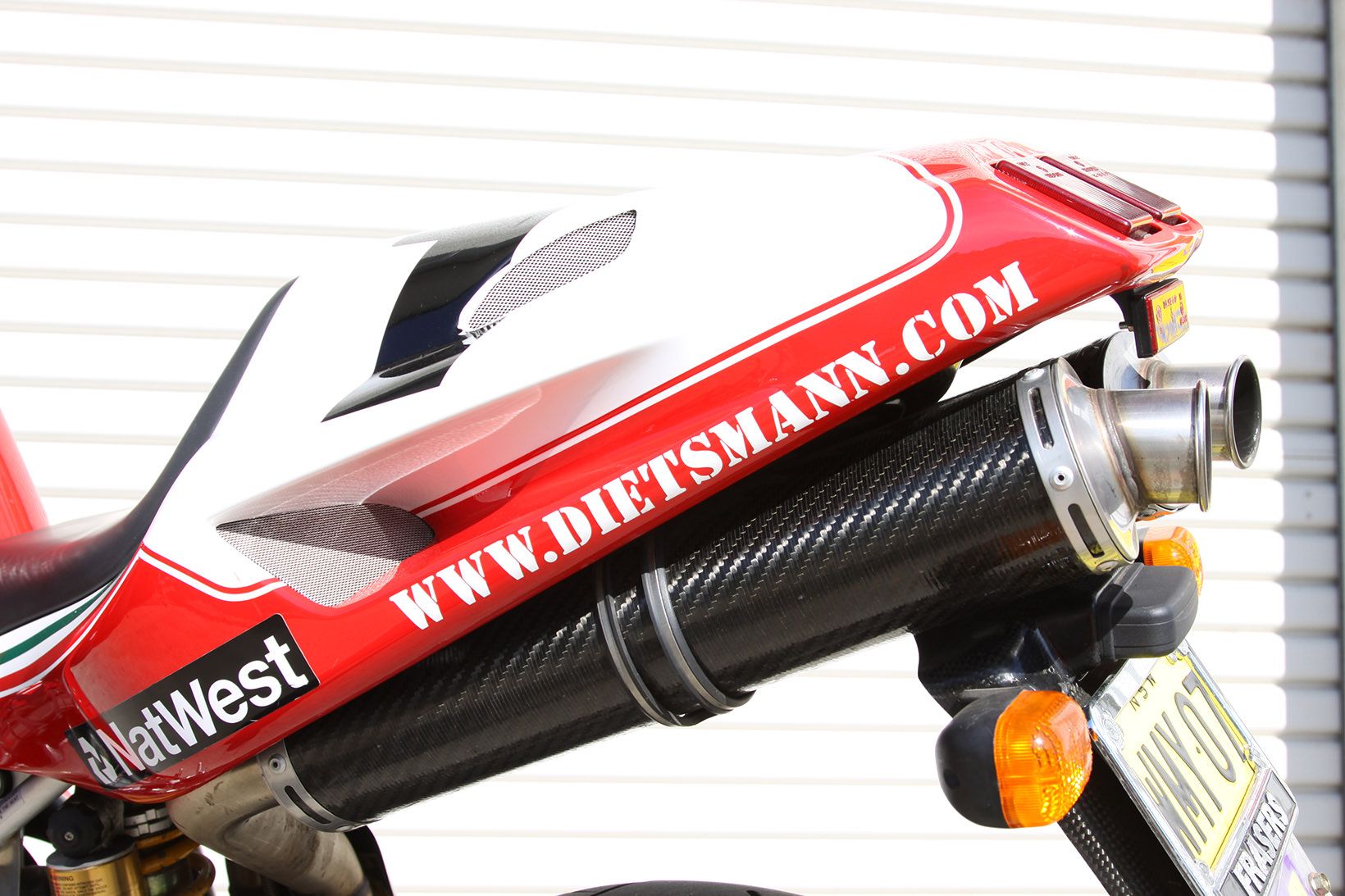 Cosmetics also include the full Foggy graphics complete with all the sponsors of the day. As an option, Martin, the owner, chose to fit a set of Ducati Performance carbon-fibre exhausts to enhance the Ducati rumble. The pipes were matched to a new engine management chip to improve performance – this Foggy now puts out 128hp. 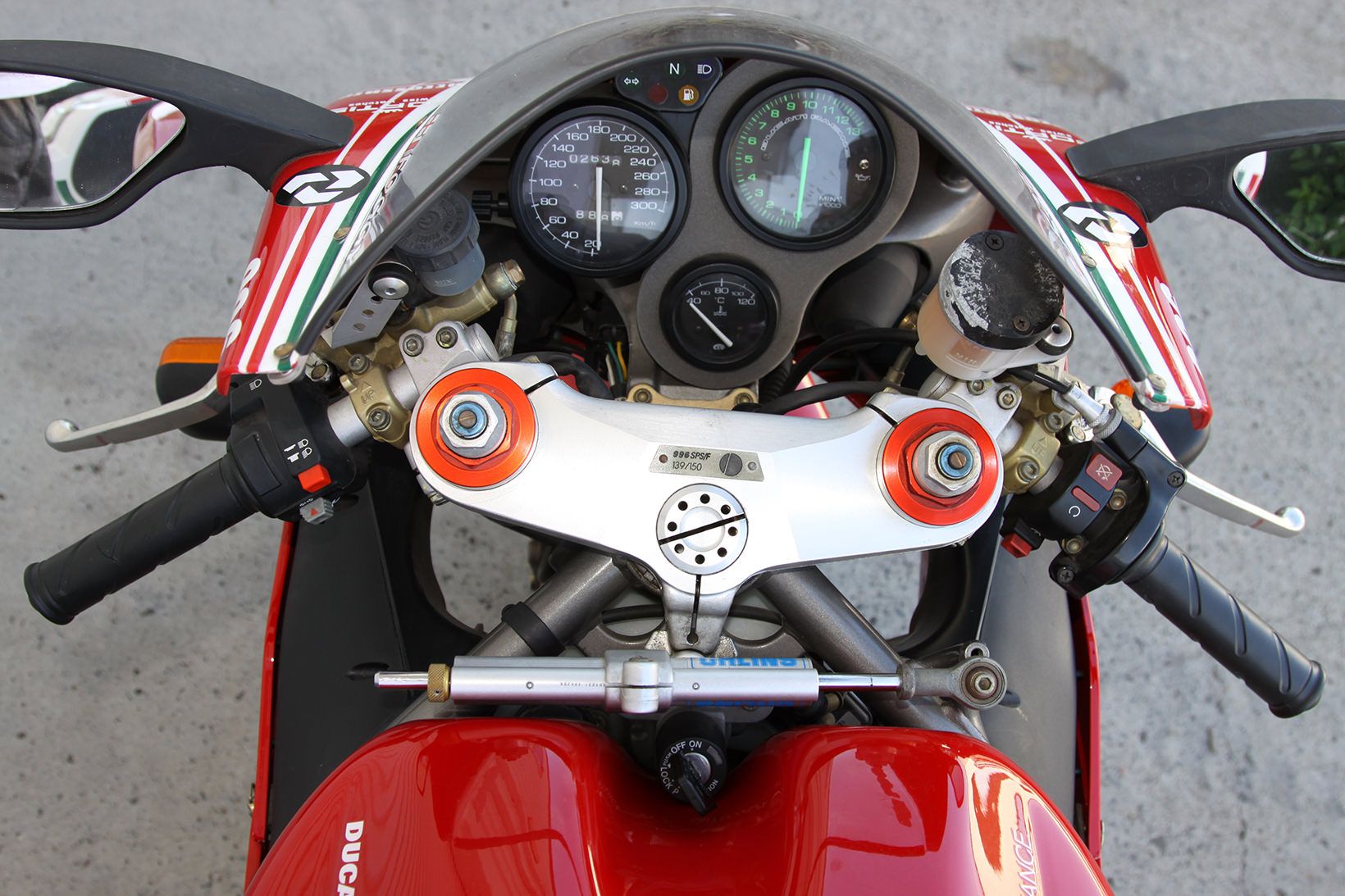 In 1999 Ducati described the Foggy replica as one of the most exclusive models ever produced in the Bologna factory. Ducati’s are high maintenance and expensive machines but that has to be forgiven when you take into account the sheer beauty and performance that the Italian bike offers… 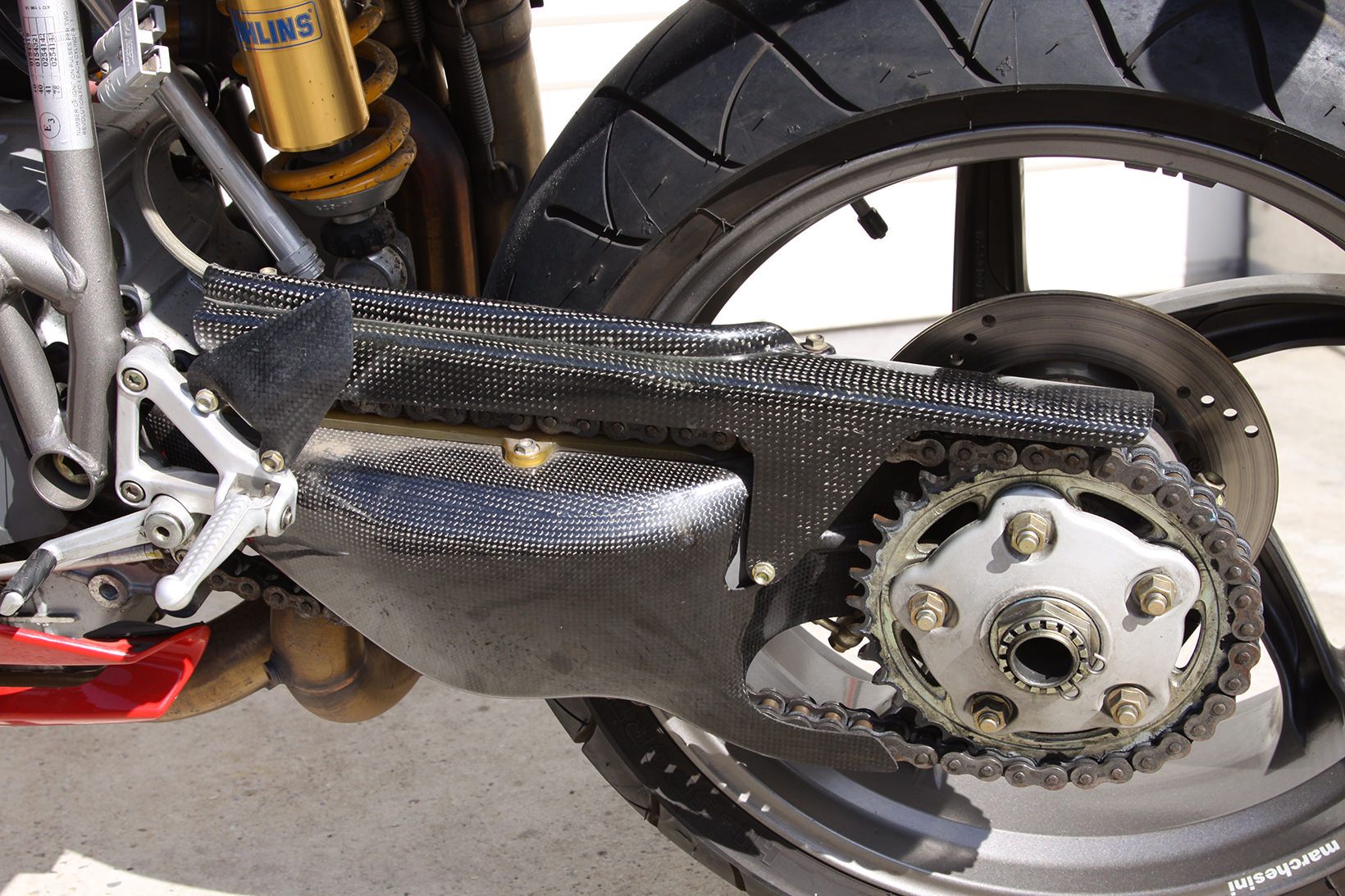 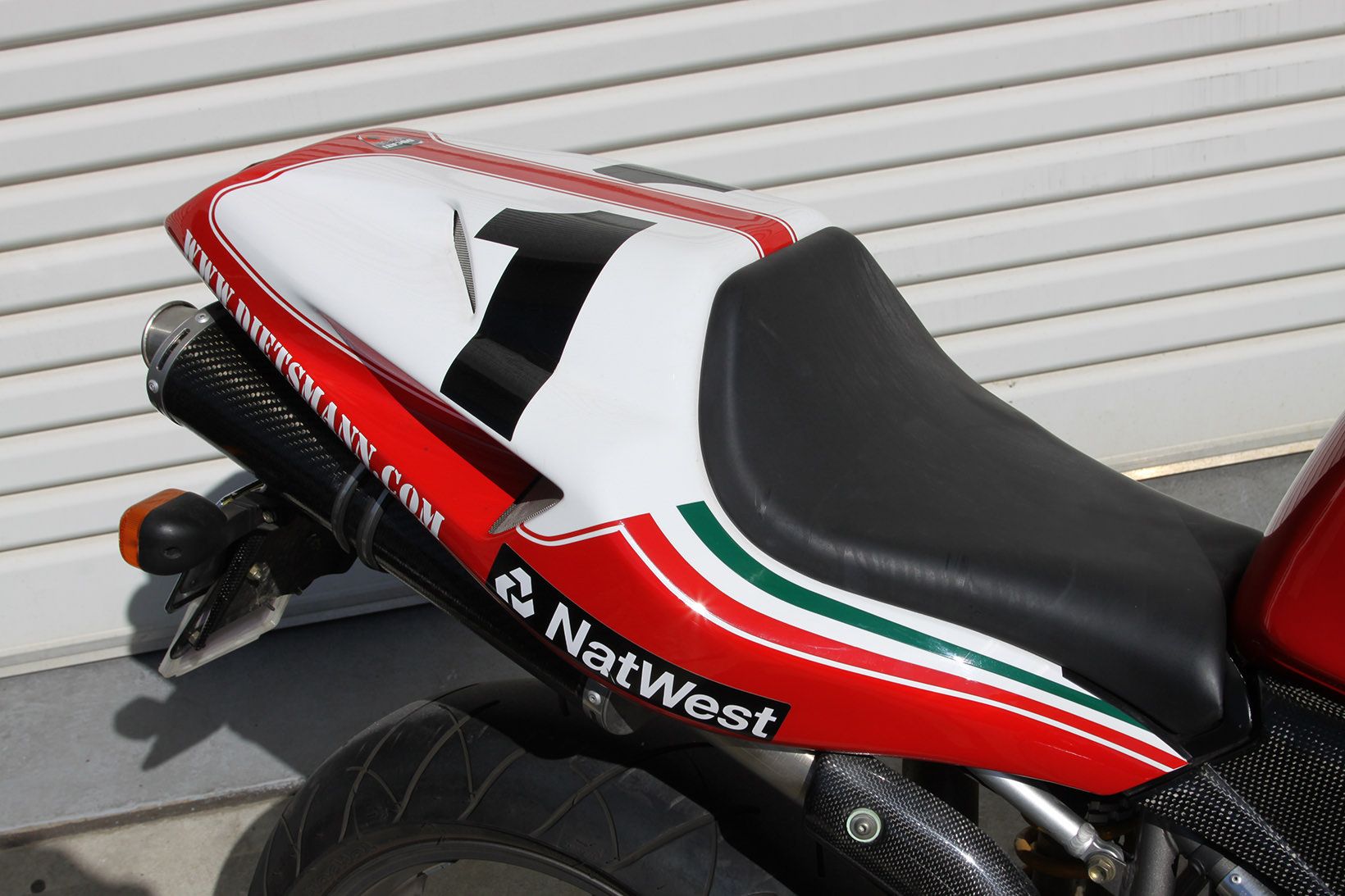