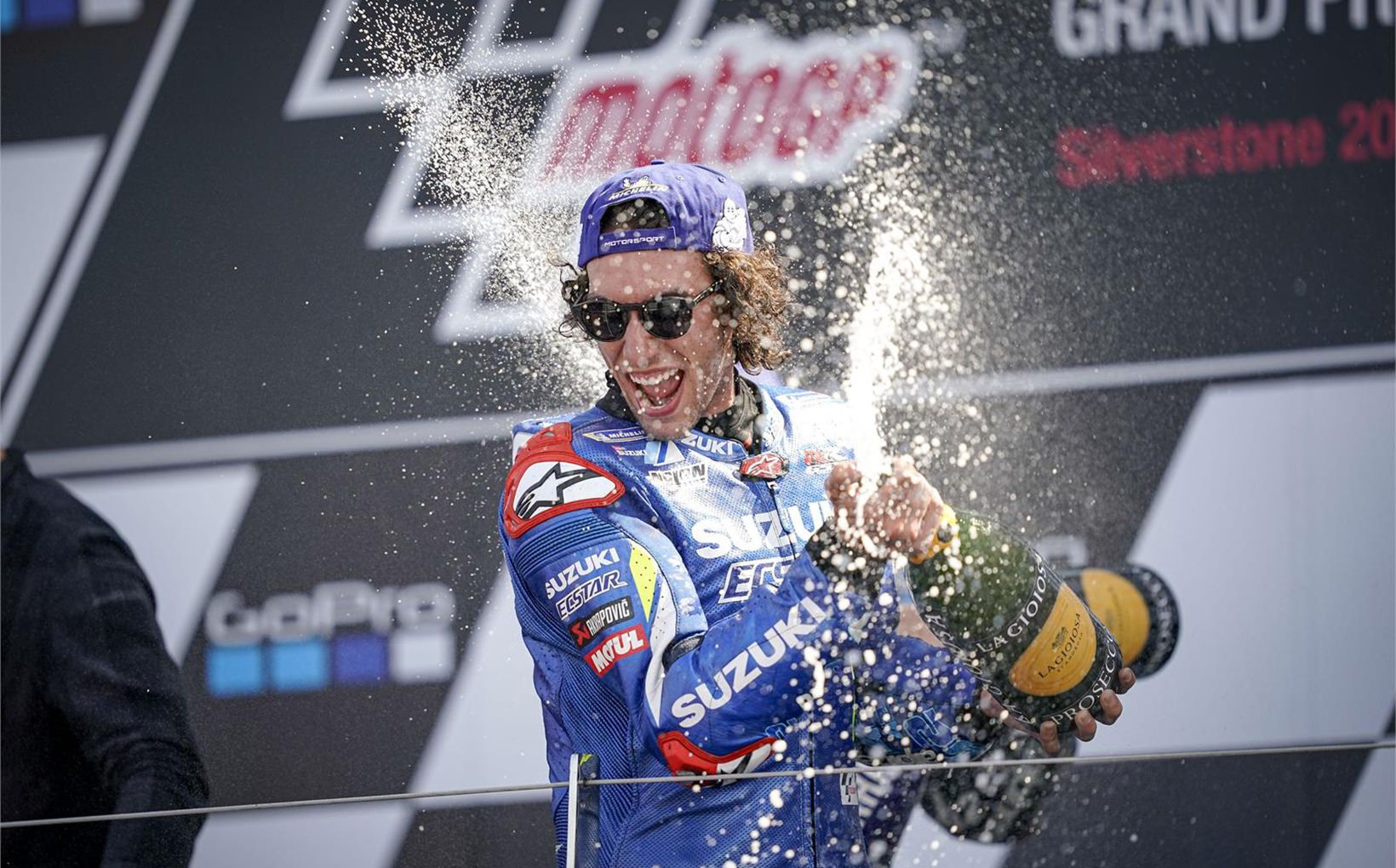 In 2019, Silverstone was a superb event with sunshine, a refreshed tarmac and an adrenaline filled race across all three classes that allowed fans to cheer with passion. Alex Rins sent shockwaves through the paddock and grandstands on Sunday with an electric blue race win as he battled Marc Marquez lap after lap to seal the victory with a gutsy manoeuvre that showcases his talent! Sensational is an understatement when you analyse the risk involved to put Rins on the top step ahead of Marquez and Maverick Vinales. The look on Marquez face as he crossed the line and watched replays back on the television screens was priceless. He did not expect his fellow Spanish rider to have so much corner speed and carry that across the line. The British summer was in full force with the circuit temperature at 44 °C and the race one to remember with relentless Rins making his mark for Team Suzuki Ecstar. 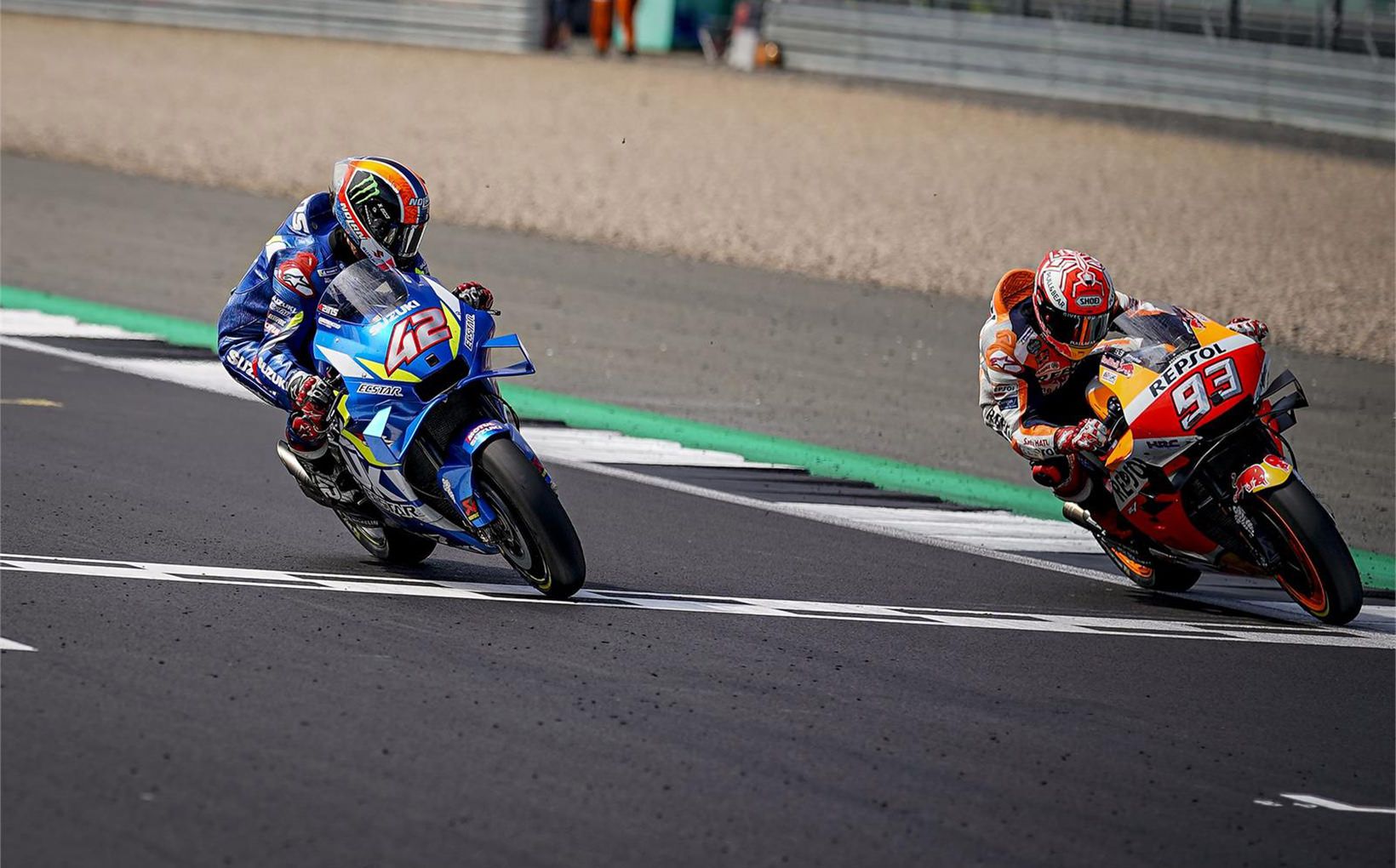 AR42: “Today has been unbelievable. I won in Austin, beating Valentino. And now I’ve won here, beating Marc. These guys are very fast and are ‘legends’ of the sport. I knew it would be difficult to beat Marc today, but I really wanted to try, and it was fantastic to do it. In a couple of the sectors he was faster than me, but I could make it up in some other areas. But towards the end of the race I felt I had better pace than him, and I told myself that I must go for it and take the chance, I saw the opportunity and I made it happen. Big thanks to everyone in the team! “It is a very important achievement for Rins to secure a win over two multi World Champions that being Valentino Rossi and Marquez. Not only is it a boost, it also demonstrates how a team like Suzuki has worked against the grain to achieve their success. Inspiring is one way to describe it and refreshing another because no one expected Rins to dive across the line like Andrea Dovizioso did in Austria. 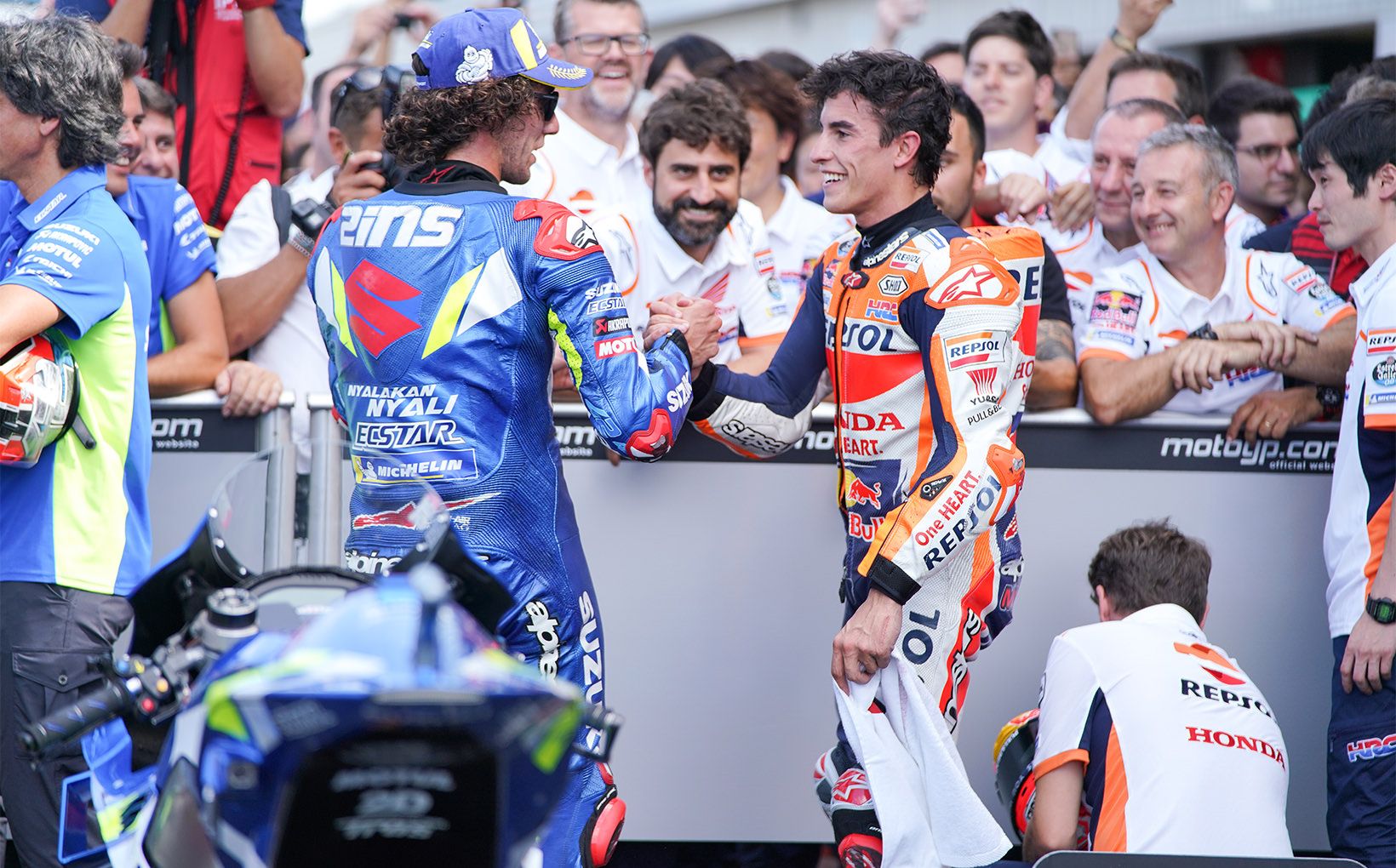 Regardless of what anyone says, it was hard for Marquez to take the loss because he led the race with complete control even though it was a crazy race start with Fabio Quartararo hitting the gas too early, his rear tyre sliding out and sending him across the field and unlucky Andrea Dovizioso unable to miss him and skyrocketing his Ducati MotoGP bike to the moon! MM93: “I am happy with the result for the championship but not the result for the race as to lose out in the final moment after leading is not the best feeling. Spending the whole race in front is difficult here because you use more of everything. I tried to go slow for one lap to see if Rins would lead, but he didn’t and I knew Viñales was behind us so I kept pushing. My target wasn’t the race, it was the championship and if the Yamaha riders arrived maybe we could have finished lower. In the last turn I had a moment on the front and had to close the gas which let Rins through but we are happy because we leave with 78 points over second but I hope Dovi is OK after a big crash like that, I hope he can recover well and return because it is always better when you earn the points fighting.” 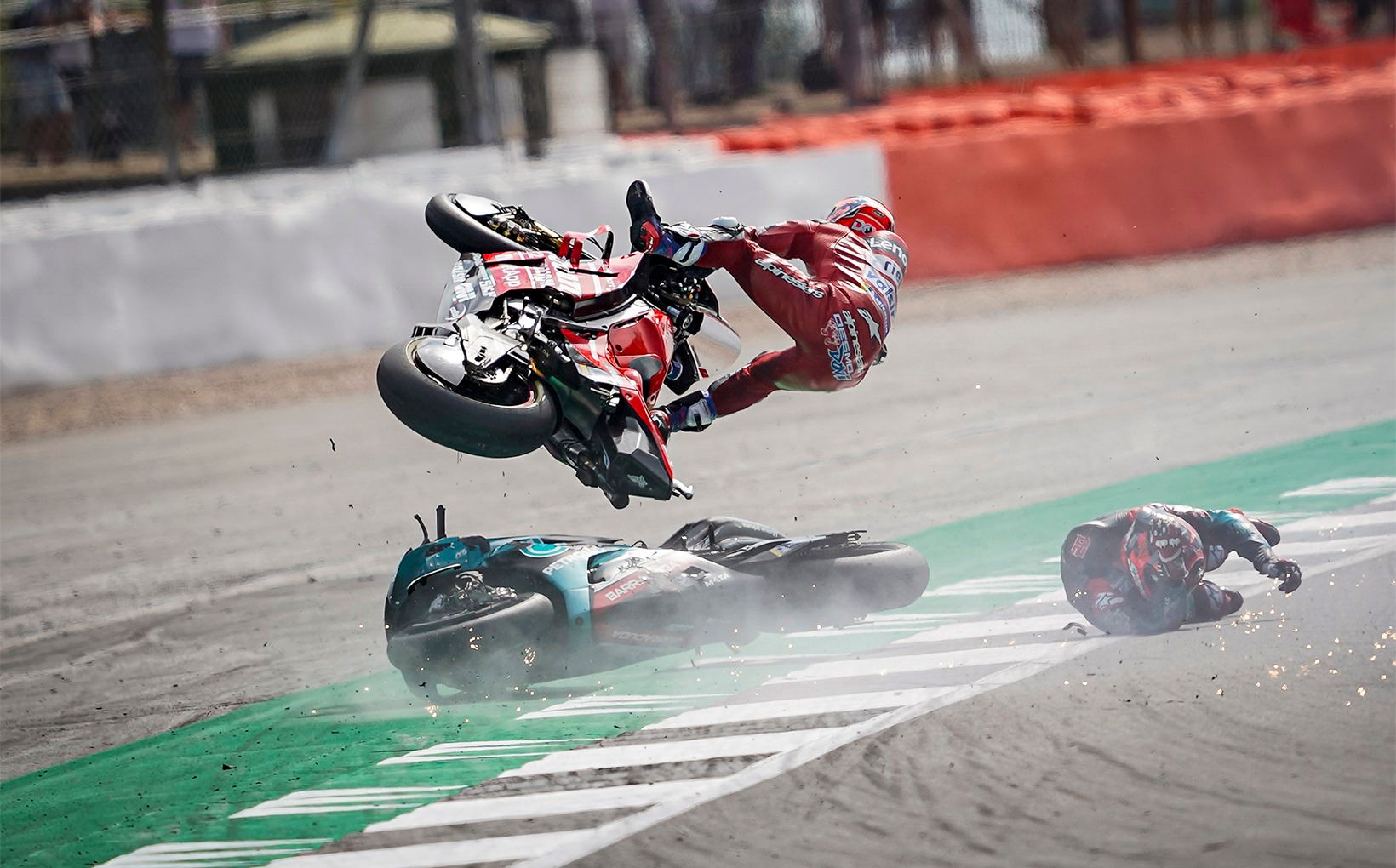 Starting a race with such a major crash definitely tests a rider’s ability to stay focused. When you see medical team stretcher off a fellow competitor you have to remain in the zone of racing otherwise you risk making an error. Thankfully DesmoDovi did not break any bones and suffered from a concussion and a number of contusions. As a result, he was allowed to fly home. It was a high and then a low for Quartararo as well. With the slide from Rins in front of him, the French rider shut the throttle a little too much and this resulted in him high siding. The bruises were more mental than physical as Dovi watched the World Championship slip away and Quartararo his chances of a podium finish as he showcased speed all weekend in a consistent manner. The next race will be an important one for Quartararo in order to get back on track and find his rhythm once again when the lights go out on race day. 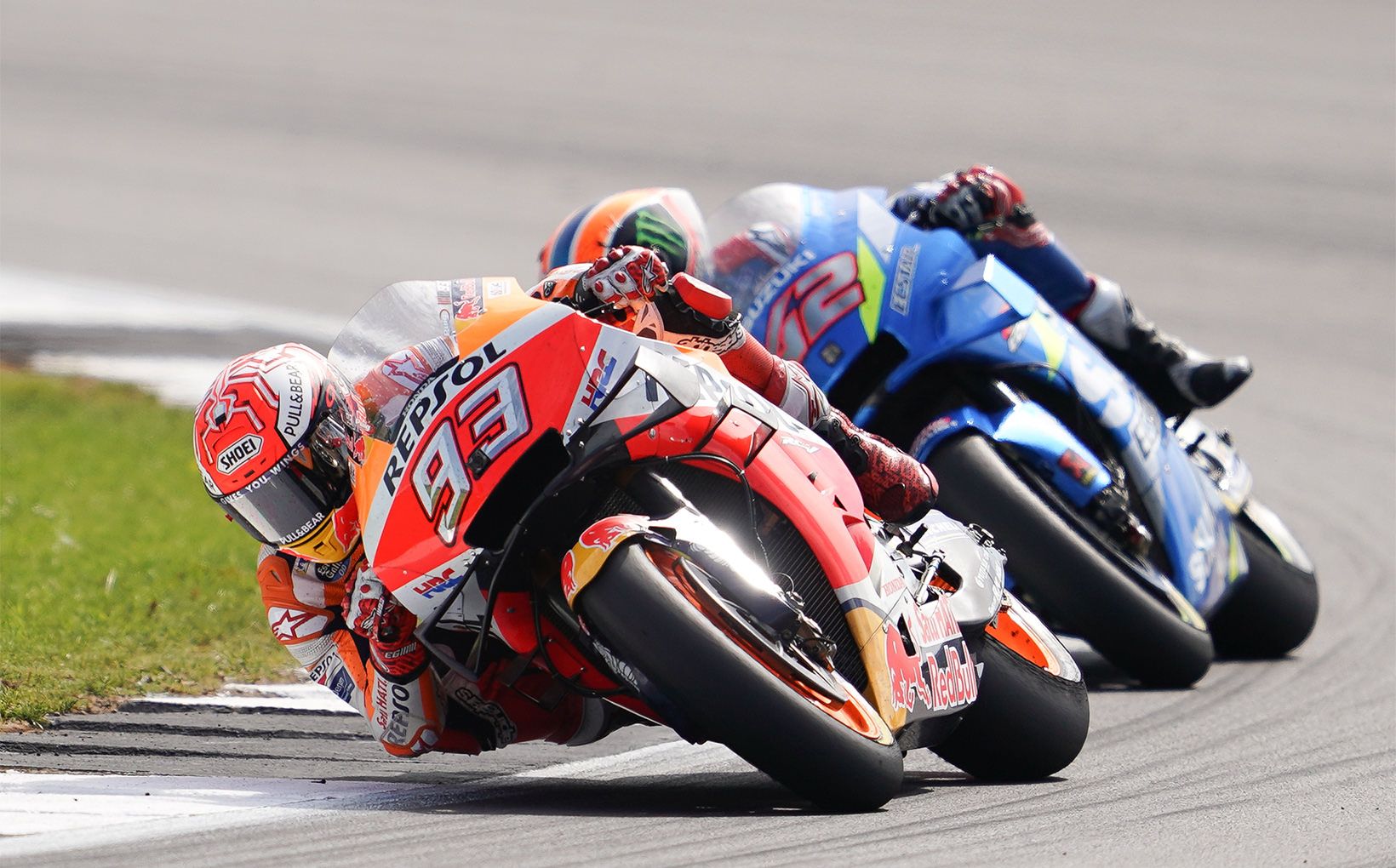 The battle between Rins and Marquez was marvellous and we know that if Vinales had a more positive start, he could have thrown a spanner in to the mix. He did a great job considering his teammate Rossi went backwards and was expected to actually compete for a podium finish. The frustration the Doctor must have right now would be hard to handle. Being slow is not ideal whatsoever and limits the chances of stopping Marquez in his tracks. MV12: “I tried my best and I think we got the maximum and maybe even more from our bike today. There are long straights here and at this track it’s really about the engine, so we're happy with third. We missed a bit of traction and top speed. In many corners I was much faster, but in others I was surviving the best I could. I think we improved the bike quite a lot during the weekend and that’s the most important. At the test in Misano we'll work on improving the grip. We’re going to be very focused, do a good test, then we’ll race some more, and we’ll see what we can do.” 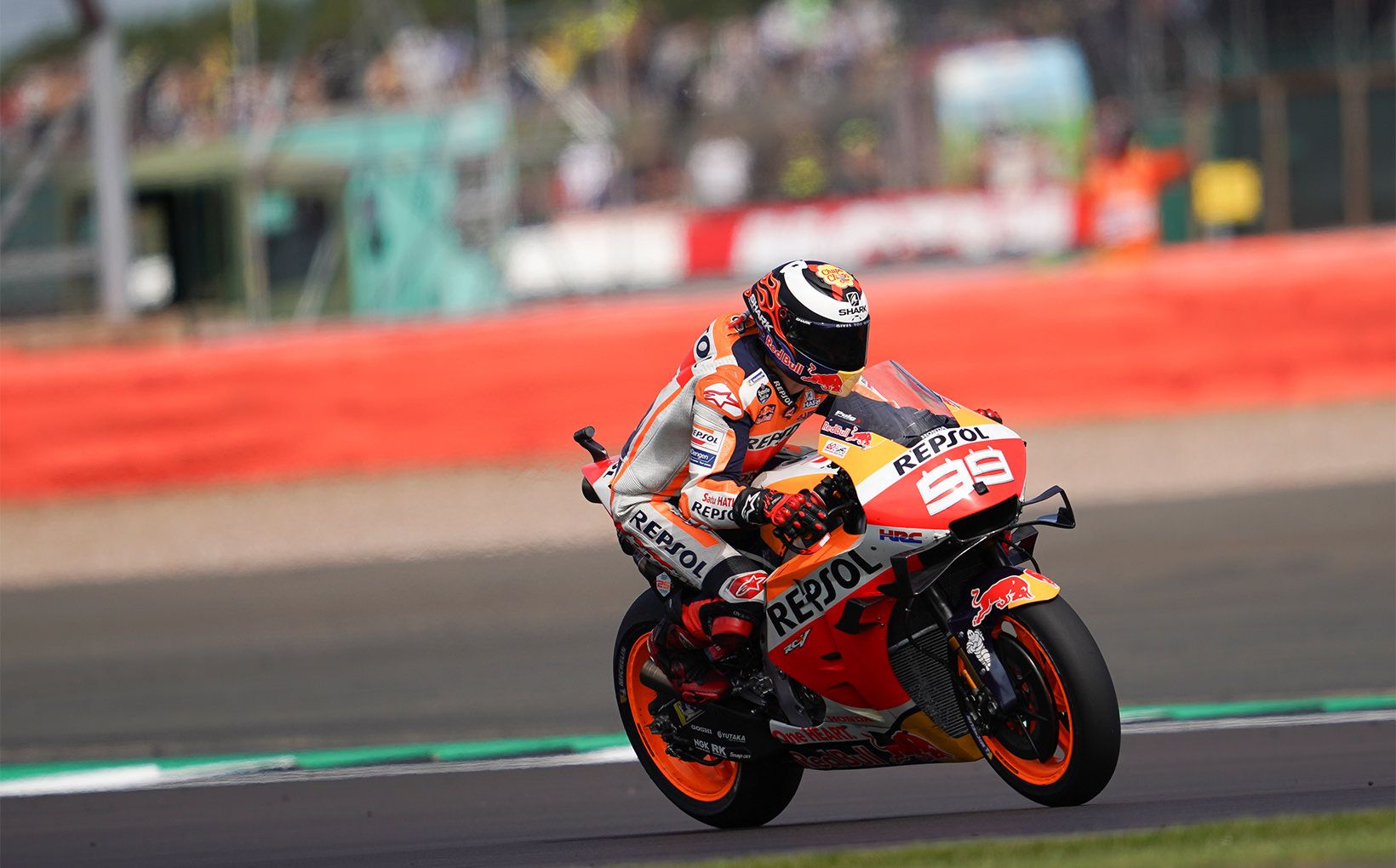 The fans were loud and thoroughly enjoyed the show that was put on. It was nice to see Jorge Lorenzo back in action and also achieving points considering his turbulent few weeks. The goal was clear: to finish the race, learn more about his Repsol Honda, feel comfortable and confident once again and to get stronger every day. JL99: “Today went better than expected. Coming into this race I knew it would be difficult and I was thinking that maybe I will finish one minute or more behind the winner because all weekend I have been about three seconds slower than the fastest time. To finish within one minute of the winner and to take away two points is a good reward for a demanding race. I was able to learn more about how to conserve the tyres as well as testing my fitness so I am pleased. Right now I am sore, but I will be stronger for the Misano test and then again in a better physical condition for the Misano race.” In order for Honda to cement their role as a key manufacturer for multiple riders, Lorenzo is the asset they need to ensure the team grows. Right now, they have one bike working for one incredible rider. They must allow others like Lorenzo, Cal Crutchlow and Takaaki Nakagami to excel in order to battle with the top guns at the front. Finishing mid pack or at the back is not an option in the premier class. 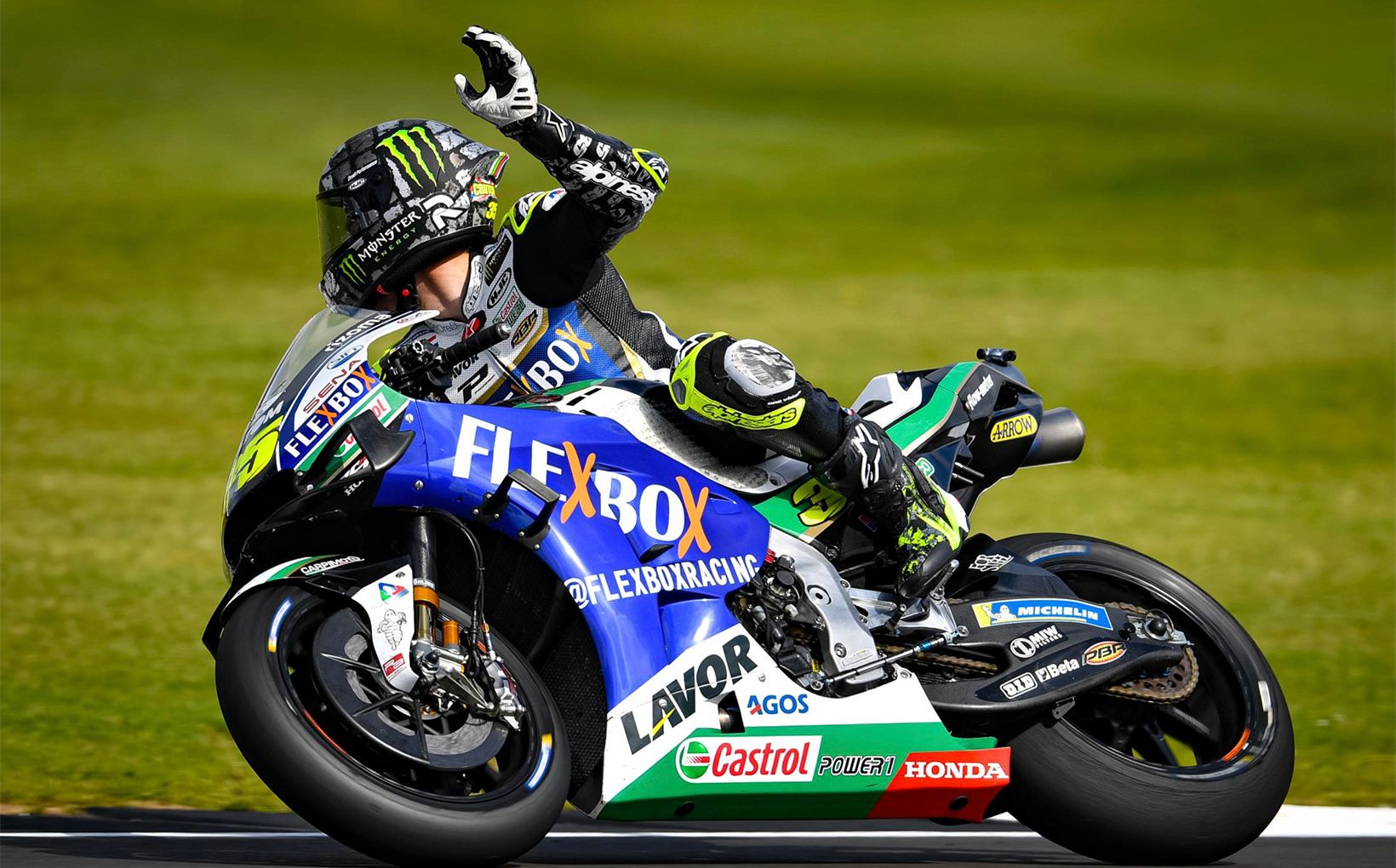 Overall, Jack Miller and Cal Crutchlow did their best to perform after the first lap incident. However, the Australian rider never recovered as the rear tyre did not allow him to push hard. The points were vital for the Independent Team Classification though not what Miller would have wanted and the same can be said for Crutchlow. The tyre was not ideal for the British rider and the lack of grip similar to how things played out in Mugello. The main issue that Crutchlow was upset about was finishing 19 seconds behind Rins which is poor considering his track record. There is more to come at Misano next, with a home race for many riders and also a circuit that is decked out with some of the most passionate fans from around the world. Be sure to tune in as Marquez edges closer to another World Championship title.