Introduced to the public at the 1965 London Motor Show, the Aston Martin DB6 was very much an evolution of the previous DB5 and represented the final generation of the GT cars, both in styling and mechanical terms, that began with the DB4 some six years previously.  The shape of the new DB6 was very similar to that of its immediate predecessor apart from one important aspect, namely the Kamm-style rear end incorporating a small rear spoiler to aid with high speed stability.  Other notable changes included a longer wheelbase and relocated rear axle, along with a higher roofline for more passenger space (particularly in the rear compartment), quarter vent windows and split bumpers.  As a result of these changes to the bodywork and because of the need for a more rigid shell, Touring of Milan no longer employed their patented superleggera construction method.  Tadek Marek’s classic in-line six-cylinder engine was retained under the shapely bonnet, now with ZF’s five-speed box as standard (Borg-Warner gearboxes were a no cost option).  Fed by triple SU carburettors, the 4-litre engine produced 282 bhp at 5500 rpm with an 8.9:1 compression ratio, enough to push the relatively heavy DB6 to an impressive top speed of 150 mph.  All DB6s came with chrome wire wheels as standard equipment, with items like power steering and air conditioning optional.  As with any of Aston Martin’s bespoke models, the DB6 was produced in very limited numbers and just 1,504 Mark 1s left the Newport Pagnell works between 1965 and 1969, with a further 278 stopgap Mark 2s made before the DBS V8 arrived in 1970.

First sold through dealer A J Beal Ltd to a Mr R J Rose of Slape Manor, Netherbury, Bridport, Dorset on February 16, 1968, this Aston Martin DB6 is understood to have arrived in Australia with the first owner in 1970 when he relocated to Melbourne and he went on to cherish the car for many years.  The original purchase invoice shows the car was optioned with Borg Warner automatic transmission, power steering, chrome road wheels, heated rear screen, three-ear hub caps, two lap and diagonal safety belts, power aerial and seven pints of anti-freeze.  Repainted from the original Aquamarine blue colour to the current shade of dark burgundy in the late 1970s, the current NSW owner purchased the DB6 approximately 35 years ago and the car remains in delightfully original condition today, with only 79,116 miles showing on the clock.  Aside from the colour change, the only other modification of note is the installation of a later sound system (done in 1982) and the black leather interior remains in remarkably well-preserved original condition.   In addition to routine maintenance, the carburettors were overhauled by the Carburettor Service Company of Burwood, a stainless steel exhaust was fitted in the late 1980s and the transmission serviced by specialists North Shore Automatics.  The suspension was overhauled in 2007, along with the brakes and replacing both engine and gearbox mounts, while the wire wheels were rebuilt by a specialist in 2014, any spokes replaced, tightened and the rims trued.  Reluctantly offered for sale due to the purchase of a new project, the Aston Martin is currently registered on non-transferable NSW historic plates and comes with a history file and original Instruction Book supplied, along with an original tool roll.
Note: Shannons advise that all potential buyers research all vehicles before purchase to authenticate originality. 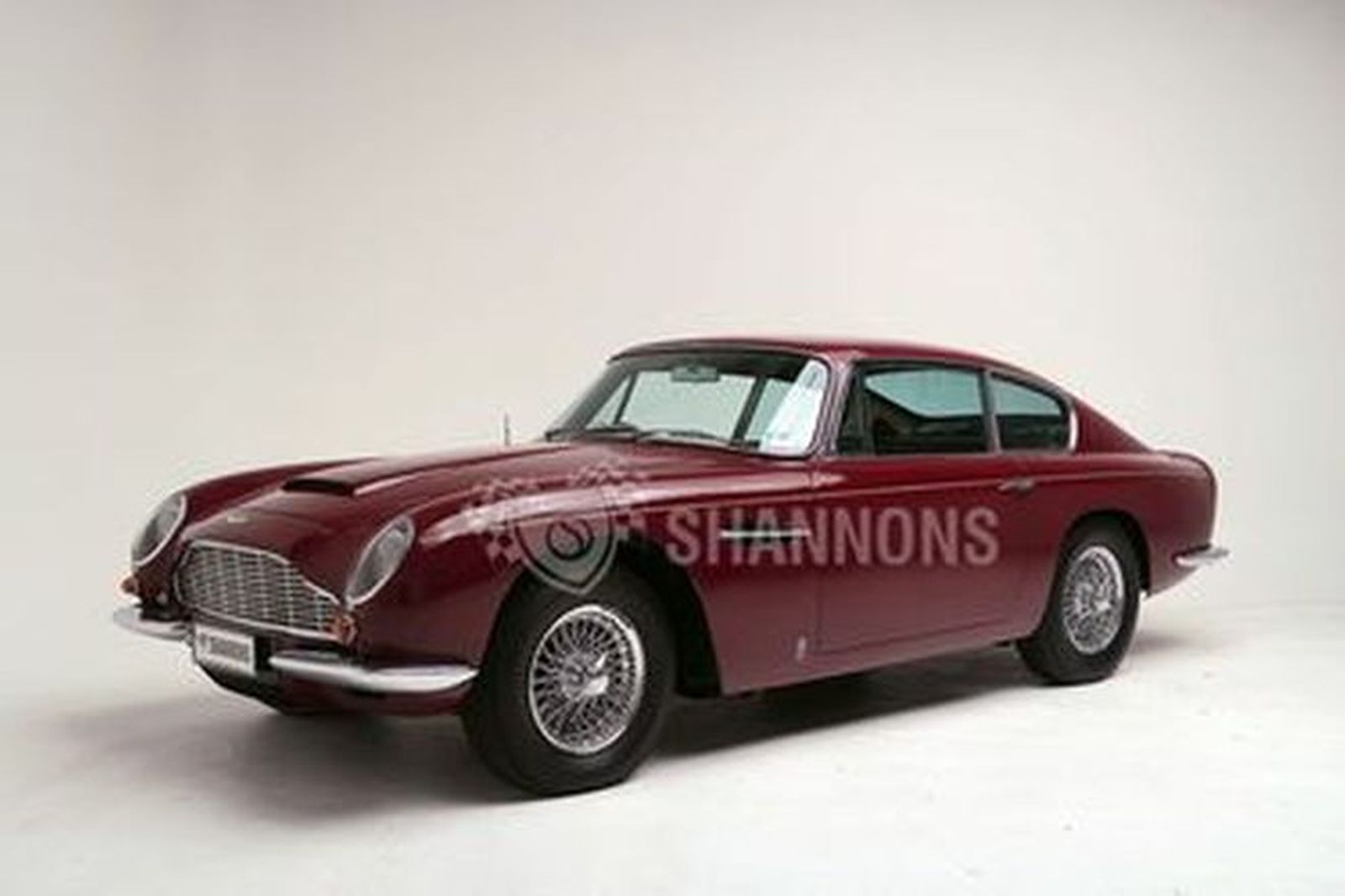