1347 people have viewed this lot

Fully restored by a specialist workshop in Melbourne several years ago, this early Pre-Unit Triumph T120R Bonneville dates from early 1961 and is beautifully presented in the correct Sky Blue over Silver Sheen colour combination.  With the mileage reset to zero at the time of restoration and corresponding engine and frame numbers, the bike is showing just 285 miles on the clock at the time of cataloguing and was recently serviced in preparation for sale.  Part of a collection of Bonnies lovingly assembled by our vendor over several years, this classic T120 will be sold unregistered and will make a wonderful addition to any Triumph or classic British bike collection.
Note: Shannons advise that all potential buyers research and inspect motorcycles before purchase to authenticate originality and condition as a pre-purchase inspection report is not carried out on these vehicles. 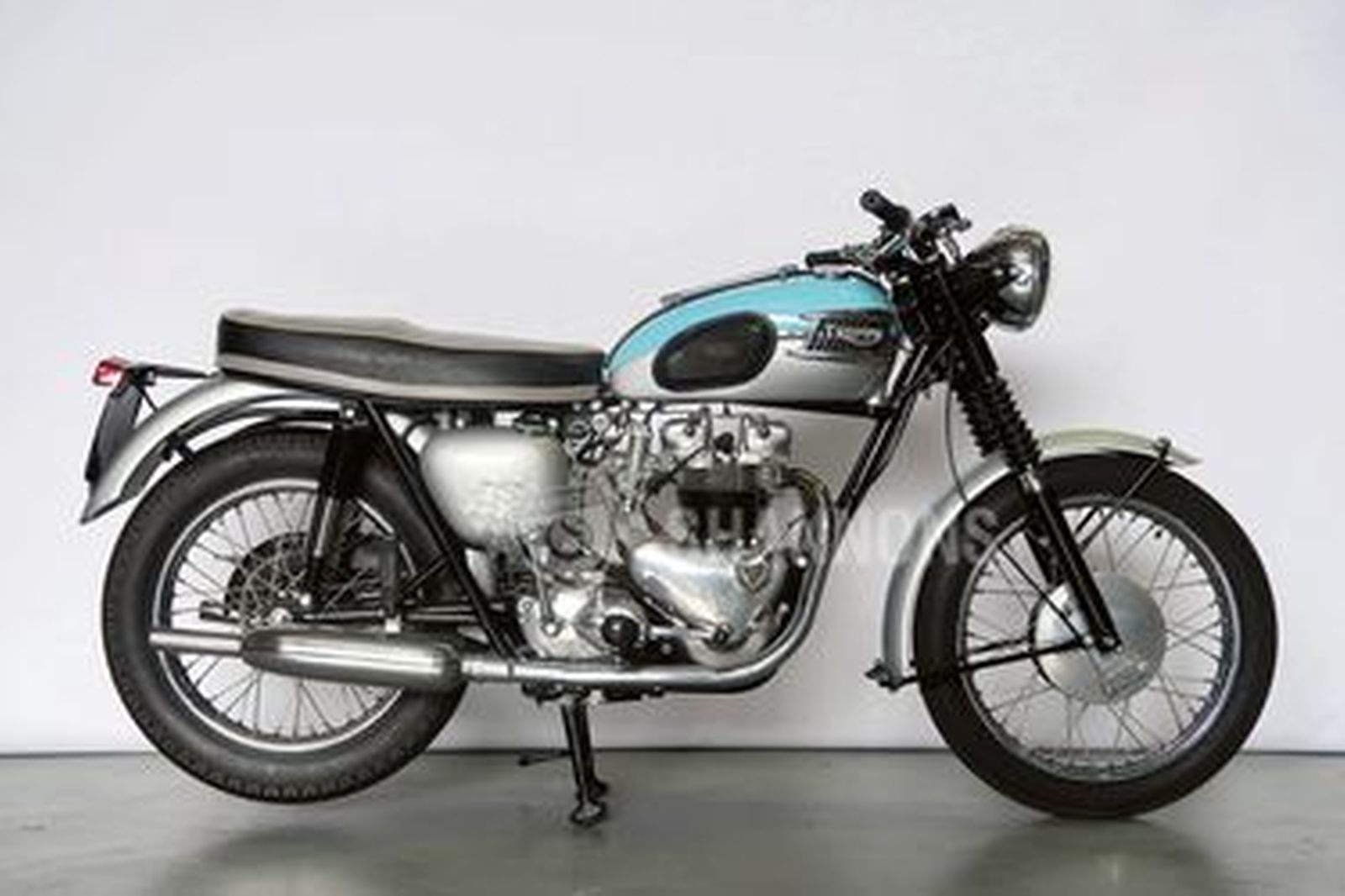