4558 people have viewed this lot

This lot is no longer available
The BMC 1100 was a small family car conceived by the Mini's brilliant designer Alec Issigonis, employing many of the same principles and features to create Britain's best-selling car.  Codenamed the ADO16 in British Motor Corporation parlance, the 1100 was normally badged as either an Austin or Morris, although a number of more sporting or luxurious variants were sold by MG, Riley, Vanden Plas and Wolseley.  Styled by Pininfarina in Italy, the ADO16 was designed around BMC's A-series engine packaged transversely driving the front wheels for maximum interior space.  Like the Mini, Hydrolastic suspension and wheel-at-each-corner layout conspired to give great handling and roadholding while the A-Series engines provided plenty of zip for city driving.  Wearing either Austin or Morris badges, the first 1100 hit the streets in 1962 and rapidly became the top selling car in Britain - notable options included four-speed automatic transmission in November 1965 and a three-door estate variant the following year, badged either as the Traveller (Morris) or Countryman (Austin).  Sold in either Standard of Deluxe versions, the 1100 arrived in Australia in February 1964 and was only ever sold locally with Morris badges.  Typical of BMC at the time, the Australian version was quite different to the domestic model, incorporating better dust sealing, improved ventilation and reinforced bodywork, along with a front bench seat as standard.  Produced at BMC's Zetland facility, the Morris proved an immediate success, with long waiting lists and was duly named Wheels magazine's Car of the Year in 1964.  Outselling all its rivals apart from Volkswagen's Beetle, the 1100S badge was used when the larger 1275cc engine was added in August 1967 whereas in the UK it became the 1300.  In a road test of an 1100S conducted by Wheels in 1967 it handily outperformed the 1098cc version, both in acceleration and top speed.  Australian production continued until June 1969 when the original 1100 was finally superseded by the Morris 1500, a model only sold here incorporating the Mark II rear styling and a new front grille, plus the overhead-camshaft 1500cc engine and new cable-operated gearbox.  Joined by a hatchback variant known as the Nomad, 1500 production continued until the end of 1971 but few 1100s survive here in decent condition. 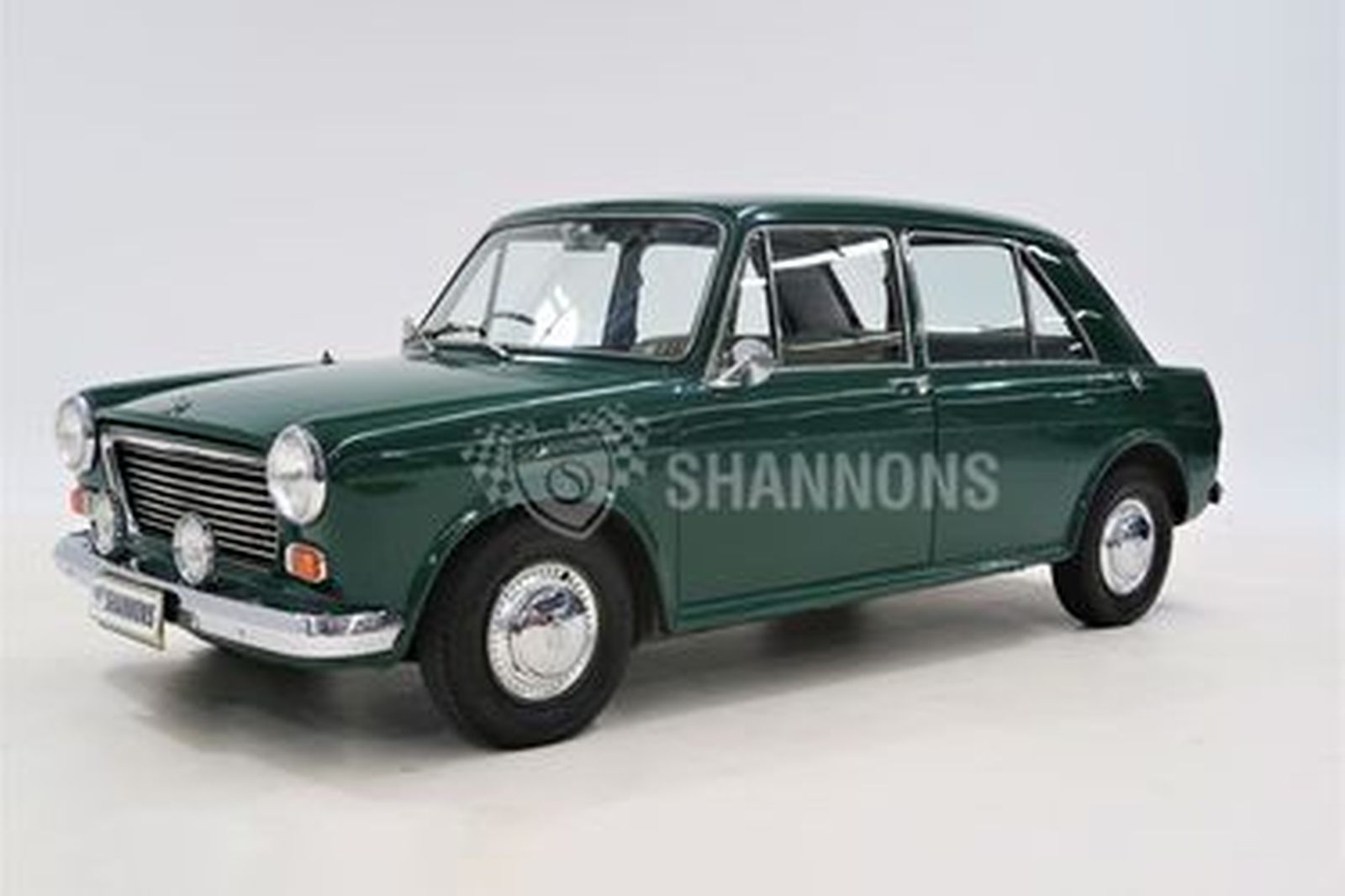