6405 people have viewed this lot

Ford’s Anglia is a small family car whose nameplate was applied to various models between 1939 and 1967. By far the best known of these was the 105E model, produced between 1959 and 1968. It sported American-influenced styling included a swept-back nose line, and on Deluxe versions, a full-width slanted chrome grille in between prominent "eye" headlights. Most significantly, the 105E Anglia had a reverse slant rear window which became its signature. It also had muted tailfins, much toned-down from its American counterparts of the period. The new styling was joined by a new engine – a 997cc overhead valve (OHV) straight-four with an oversquare cylinder bore that became known as the "Kent" engine (and subsequently became the engine used for decades in Formula Ford). Also new was a four-speed manual gearbox with synchromesh on the top three forward ratios, which was replaced by an all-synchromesh box in 1962 on the larger-engined 1198cc powered cars). Macpherson strut independent front suspension was carried over from the previous 100E Anglia model. Across all the iterations of the Anglia, from 1939 to 1967, a total of 1,594,486 were produced but, despite that, they are rarely seen today. It was replaced by the Ford Escort.

How cool is this? And when was the last time you saw one of these? This funky fast Ford is a gem. Built around 2015 in South Australia, this 1964 Ford Anglia has been created as a fun streetcar with all the right bits. The ’64 Anglia body has been fully restored and finished in the iconic Lotus Cortina colours of cream with a green flash, and it sits just right on 13 x 6 Superlite charcoal-coloured alloy wheels. The body and paint are very good, though the front bonnet sits a little proud of the surrounding panels and the fastidious might want to tune that up. Under that bonnet is a 1600cc Kent four-cylinder Ford that has been bored out to 1760cc, balanced, fitted with a ported and polished Cortina head, Wade cam, a lightened flywheel, extractors, electronic ignition, and a pair of 40mm Webers. It’s mated to a four-speed Cortina Mk1 gearbox. There is also a Trans X 3.54 ratio LSD, Cortina Mk2 front struts with Gabriel inserts and front discs from the same model, with the original Anglia drums at the rear. Inside, the Anglia cabin has been restored and was retrimmed just a year ago with new black vinyl and new carpet. There’s a set of Smiths and Speco gauges, a 14” leather steering wheel and new retractable front seat belts. A Pioneer radio and CD player finishes it all off nicely. Recent work has included a new alternator and battery, and an extensive $2700 service. This is an absolutely awesome device that is sure to be lots of fun and the centre of attention, you just don’t see them anymore. Previously on full Victorian registration, this modified 1964 Ford Anglia is being offered for sale here unregistered. 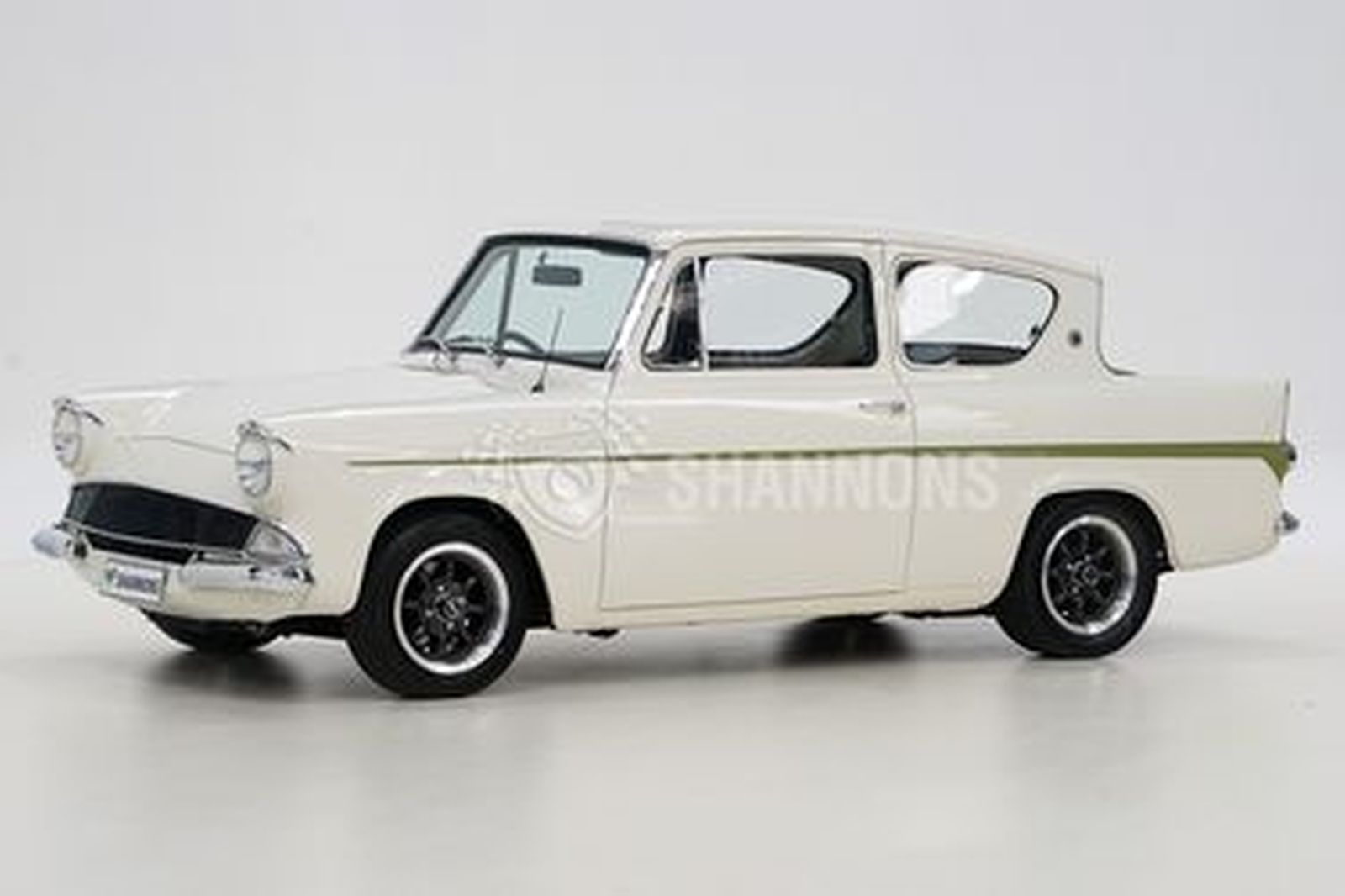