3217 people have viewed this lot

This lot is no longer available
Designed as a competitor for the BMW M3 and replacing the earlier C36 and C43 models, the AMG C32 launched in 2001 was based on Mercedes-Benz latest W203 C-Class. Powered by a supercharged version of the Stuttgart Company’s 3.2-litre V6, the C32 was rated at an impressive 354 bhp at 6100 rpm, with 332 lb/ft of torque at 4400 rpm and featured a water-to-air intercooler. Using a volumetric twin-screw supercharger made by IHI with a boost pressure of 14.5 psi and spinning at speeds up to 20,700 rpm, the M112 engine required major internal modifications to cope with the uprated power, including a stronger crankshaft, connecting rods and pistons, a high-output oil pump, lightweight camshafts, and stronger valve springs. The five-speed automatic transmission with quick-response “Speedshift” system resulted in stunning acceleration, doing 0-100 km/h in 5.2 seconds, and turning the quarter mile in 13.24 seconds. Other changes included uprated suspension with different spring and damper rates, a bespoke exhaust system, 17-inch alloys shod with Pirelli P-Zero Rosso tyres and bigger brakes with 345mm cross-drilled discs up front and 300mm ventilated discs at the rear. The C32 also boasted subtle body enhancements, including front and rear air dams and side skirts, while the interior featured a mix of leather and aluminium instead of the usual wood trim, the electric front seats came with added bolstering, plus a unique AMG gear lever and instrument panel. A fabulous driver’s car, the C32’s supercharged technology was in stark contrast to AMG’s normal philosophy of adding cubic inches and the discreet appearance makes it a real sleeper, capable of surprising many other performance cars. 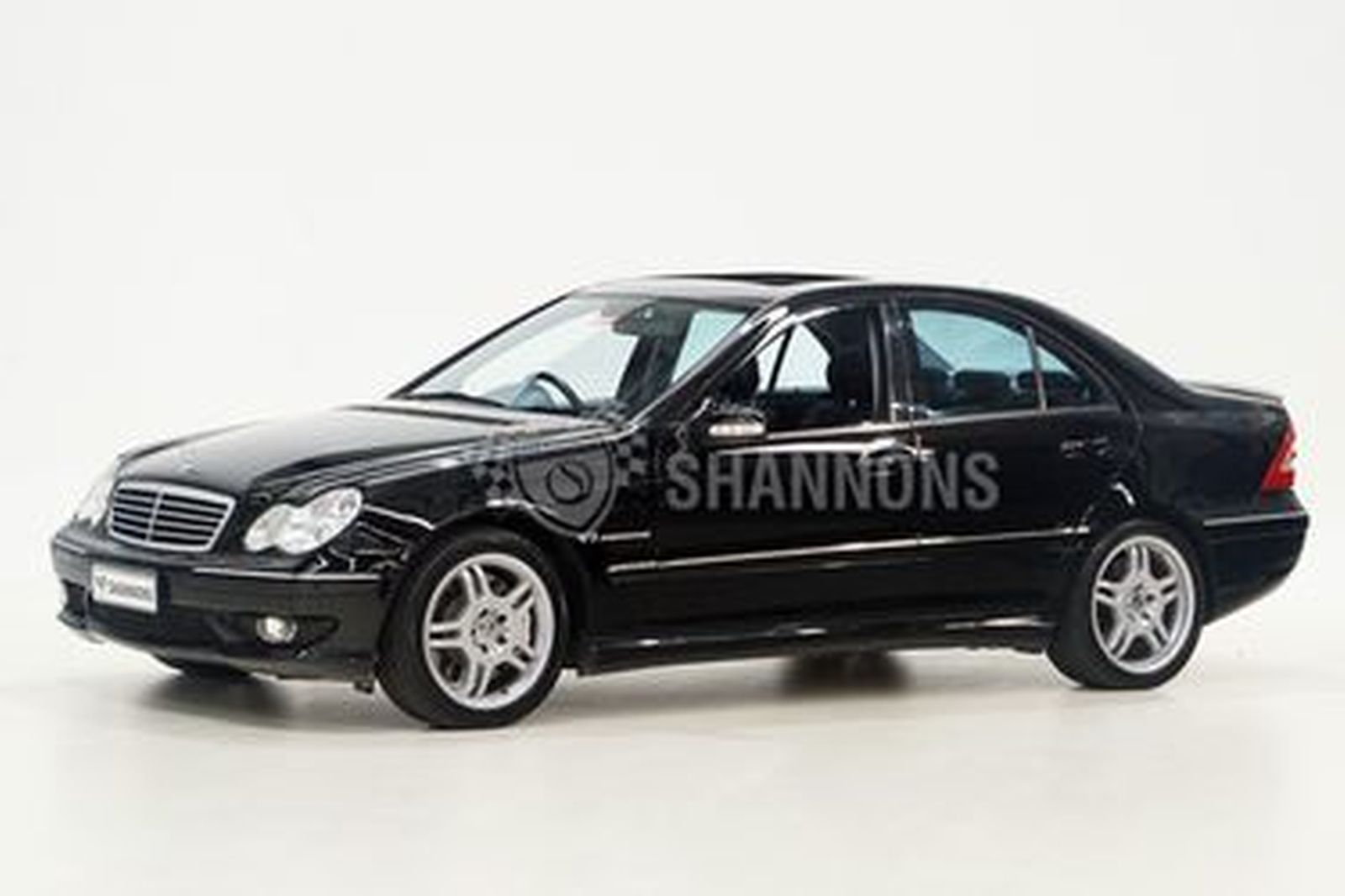