This lot is no longer available
The original Type 28 Lotus-Cortina was Ford’s first real homologation special, taking the newly launched Cortina GT – itself a high-performance version of the Mark 1 Cortina with a proven track record – and developing it into a world beating racing saloon.  Under the direction of Ford Motorsport chief Walter Hayes, Colin Chapman added the classic Lotus twin-cam engine designed by engineer Harry Mundy and further developed by Cosworth Engineering, along with lightweight doors, boot and bonnet panels in alloy, heavily revised suspension and wider wheel rims.  The clutch housing, remote gearshift extension for the close ratio gearbox and differential case were also made from aluminium, the interior came with front bucket seats, a pistol-grip handbrake and special alloy-spoked wood-rim steering wheel.  Externally Lotus did away with the full-width front bumper, replaced by dainty quarter bumpers, and added special badges.  Originally promoted as the “Consul Cortina developed by Lotus”, the Consul name was later dropped.  Alongside the 3,306 road cars built by Ford for enthusiastic customers, each finished in distinctive Ermine White with green flashes down the sides, Lotus produced a small batch of race prepared Cortinas at the Cheshunt plant, with 97 works cars understood to have been completed for circuit racing and rallying.  Homologated for Group 2 racing by September 1963, Cortinas campaigned by Team Lotus and Alan Mann Racing became the dominant car in tintop racing in Europe, the United States and Australia, beaten only by the larger capacity Galaxies and Mustangs.  Drivers like Sir John Whitmore, Jack Sears and the great Jim Clark proved largely unbeatable in 1965, with Whitmore taking out the European Touring Car Championship that year.  The Lotus Cortina was never officially sold in Australia and Ford’s local arm had Harry Firth modify the GT into a low budget pushrod equivalent, badged the GT500 and these had a similar impact on the racing scene here.  The Lotus Cortina did race here with the likes of Jim McKeown and the Geoghegan brothers enjoying some success. 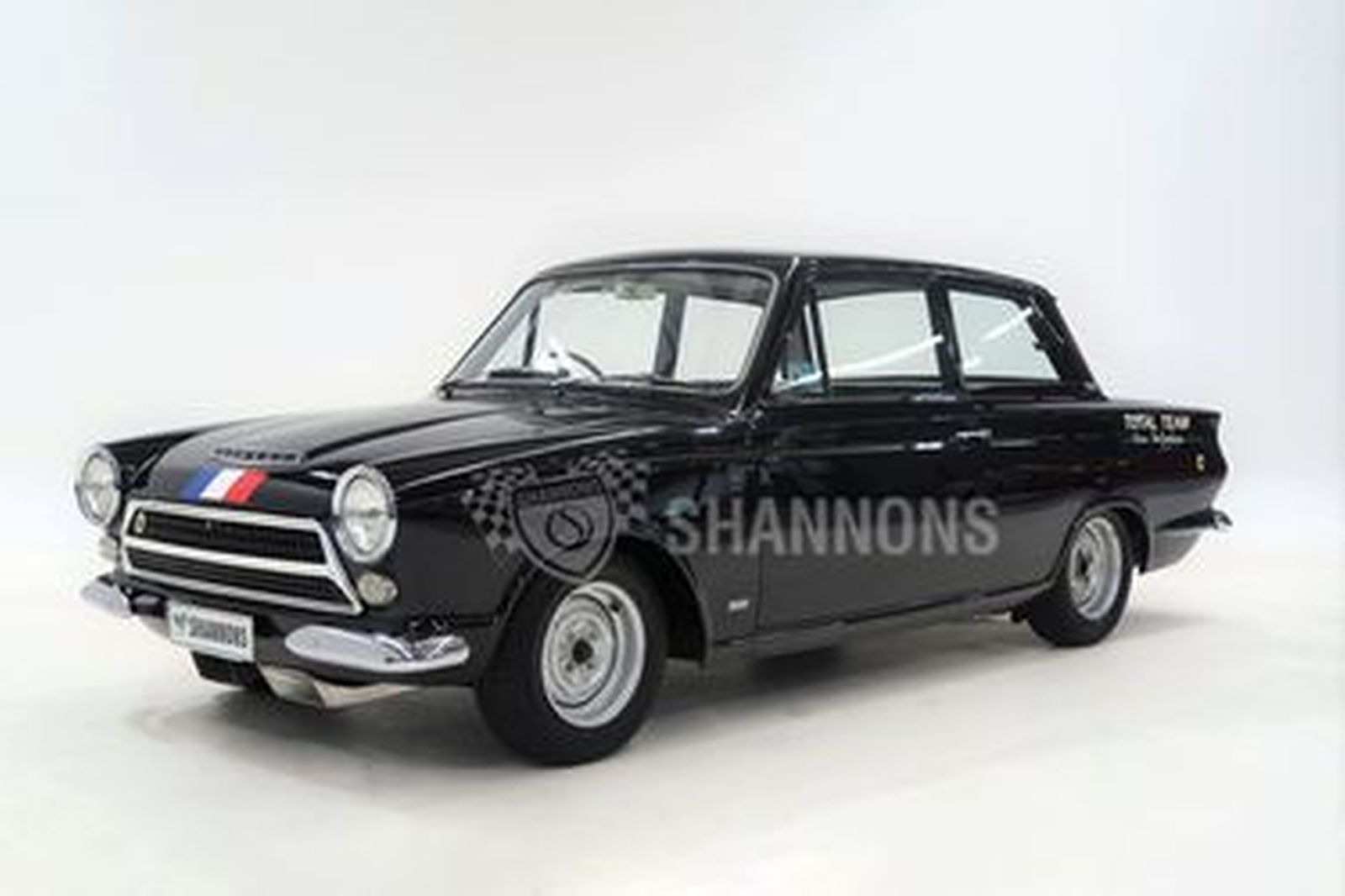