8952 people have viewed this lot

This lot is no longer available
The final update of Ford’s third generation Falcon model was the XC, characterised by a new squared-off grille (with large rectangular headlamps on Fairmonts), different bumpers, new taillights, and a less pronounced ‘Coke bottle’ hip line achieved by using ZF Fairlane rear doors. Introduced in July 1976, the XC had to meet strict new ADRs, and the engines were heavily reworked to meet the latest emission regulations, both sixes featuring a new crossflow cylinder head with larger valves, revised cam timing, new rocker arms and alloy inlet manifolds. These changes significantly boosting both power and torque of the 3.3 and 4.1 litre engines, as they were now badged since Ford’s switch from Imperial measurements. During the lifespan of the XC, Ford made major changes to the suspension for the switch to radial tyres and added the signature ‘Blue Oval’ badge for the first time. The model range consisted of the Falcon, Futura (which disappeared part way through the XC’s run) and Fairmont. The drivetrain remained virtually unchanged, with the 4.1-litre six standard equipment (both 4.9 and 5.8-litre V8s were optional), while interior upgrades include special cloth upholstery and a premium AM radio/cassette player. The XC was available in the usual range of body styles, from the basic sedan, station wagon and hardtop coupe to the commercial range of utilities and panel vans. Towards the end of the XC’s life the final batch of hardtops were sold as limited-edition Cobras, dressed to kill in white with blue stripes and equipped with either 4.9 or 5.8 litre V8s. After 171,082 units, the final XC rolled out in March 1979, making way for a new generation of Falcons ready to tackle the 1980s. 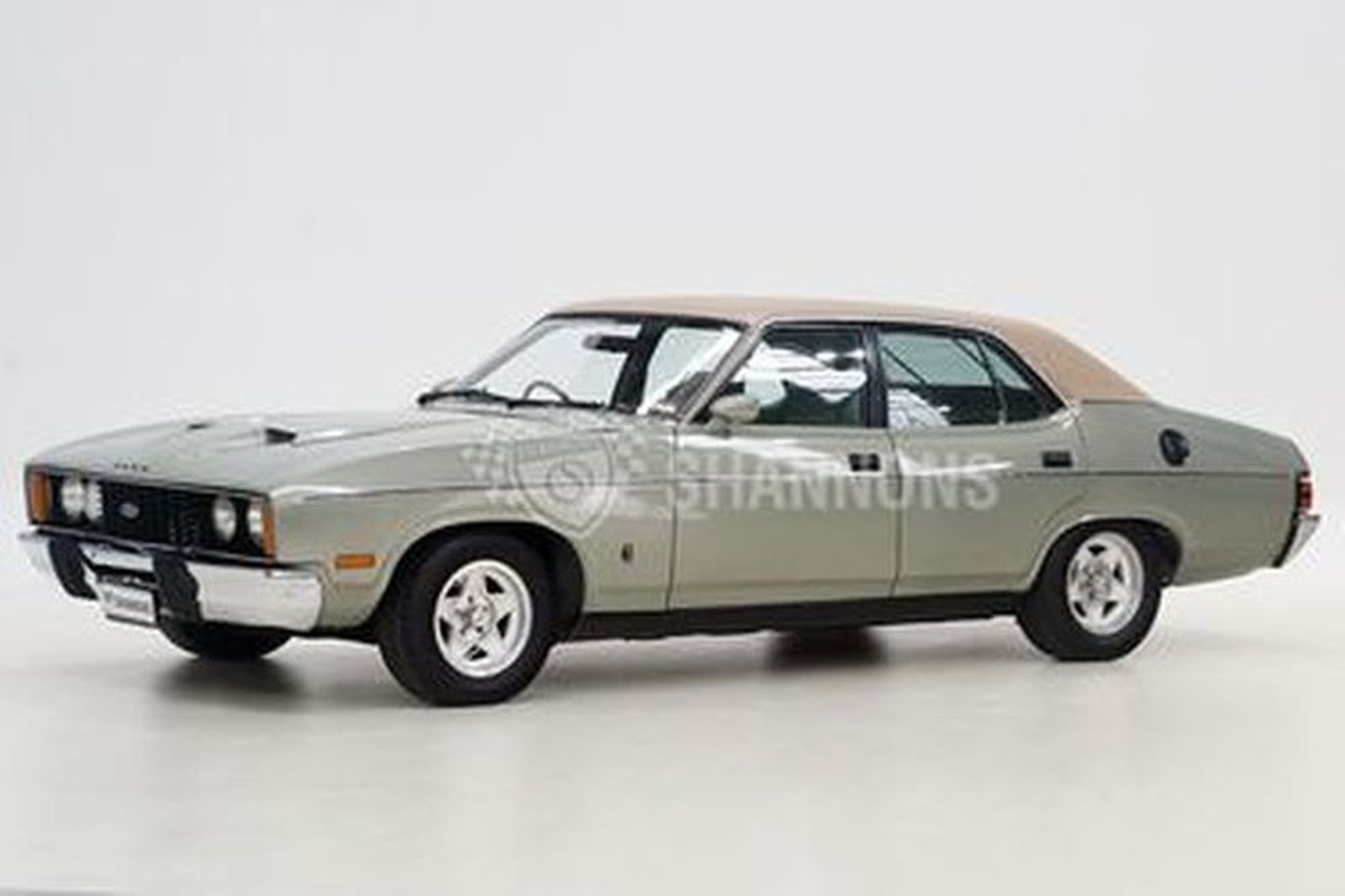