8462 people have viewed this lot

This lot is no longer available
Arriving in mid-1964, Ford hit on a winning formula with the first generation Mustang and it was soon selling like hot cakes, becoming one of the most successful model launches in American automotive history.  Based on the compact Falcon platform, the Mustang featured a sexy new body and a vast array of engine and transmission options, giving birth to a whole new market segment known as ‘pony cars’.  Facing stiff competition from a new generation of rivals from Chevrolet and Plymouth in 1967, Ford stuck to its winning formula, making only evolutionary changes to the original design.  In 1969 the styling underwent the most comprehensive overhaul yet, reflecting the trend towards larger cars across the board.  Once again sold as a two-door hardtop coupe, convertible or fastback, the latter was restyled under Larry Shinoda’s direction and, billed as the ‘Sportsroof’, took on a bold new look for 1969.  Simulated rear quarter panel vents were found on both the hardtop and convertible variants, while the interior came in for its biggest revision yet, with two separate dash pods for the driver and front passenger (the latter housing an optional clock), with the Deluxe Interior Group (formerly known the ‘Pony’ interior) adding simulated woodgrain finishes to the dash, door panels and centre console.  Including the Boss options, Ford offered Mustang buyers a choice of ten different engines in 1969, ranging from a 250-cid six through to the fire breathing big-block 429-cid V8s primarily aimed at drag racers. For most buyers the 302-cid and 351-cid V8s remained the most popular engines, offering plenty of real world performance at a reasonable outlay.  For many pundits the 1969-1970 cars represent the final year of performance Mustangs, with a gradual decline thereafter thanks to emissions and the Fuel Crisis.  A quick glance through the options list saw plenty to make speed freaks smile while the Mustang proved its mettle on the racetrack, with Mickey Thompson using a Mach 1 to set no less than 295 land speed records at Bonneville, while Bud Moore’s thundering Boss 302s capturing the 1970 Trans-Am title. 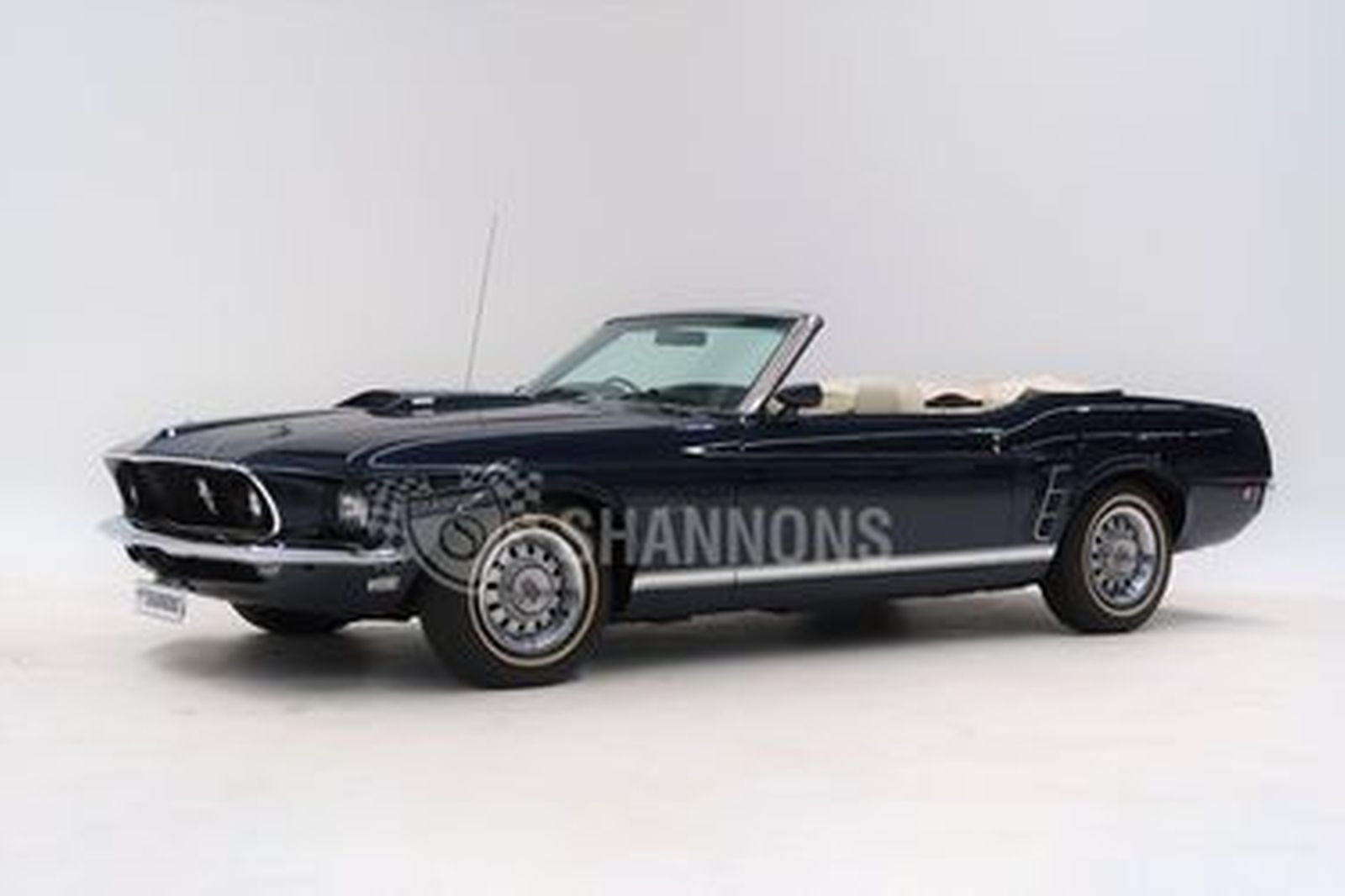