6472 people have viewed this lot

This lot is no longer available
Launched as a replacement for the venerable 504 series in 1979, the 505 was jointly styled by Italian design studio Pininfarina and Peugeot’s in-house stylists while the interior was penned by Paul Bracq, better known for his work with BMW and Mercedes-Benz.  The new model successfully carried the 504’s major attributes in a more modern package, particularly the outstanding ride and roadholding.  Offered in both sedan and station wagon versions (the Break and Familiale with third row seating had a usefully longer 2.9 metre wheelbase), the 505 was sold with a complex array of petrol and diesel engines, ranging from an 1800cc four-cylinder unit through to the most powerful 2.5-litre V6 unit, along with a variety of manual and automatic transmission options.  Mechanically conventional, the 505 employed rear-wheel drive, four-wheel independent suspension (on sedans), rack and pinion steering and disc brakes up front with rear discs optional, but Peugeot was also quick to adopt turbocharging technology on the 505.  Like its predecessor, the 505 remained in production for more than a decade – the final estate version rolled off the line in Europe in 1992 but assembly continued in markets like Argentina and China for several years.  The 505 was the last Peugeot to be assembled locally in Australia, initially by Renault’s operation in Heidelberg, Victoria then by Leyland Australia from 1981 until 1983.  The local model range was a little different from Europe and the rest of the world, starting with the GR, SR, STi or GTi sedans along with the ever-popular SR and GTi wagons – few oil burners made it here, the vast majority of sales being petrol-engined models.  The STi offered here featured an all-alloy fuel injected 2.2-litre engine giving very respectable performance, along with special TRX alloy wheels shod with Michelin rubber, a deeper front spoiler and standard features like air conditioning, electric front windows, central locking, cloth trim, a Pioneer radio/cassette player, digital clock, power steering and adjustable headlamps.  Nicknamed the workhorse of Africa, the 505 was a familiar sight on road spanning the globe for decades but the number of cars registered in Australia has been steadily dwindling, making this very clean STi a rare offering. 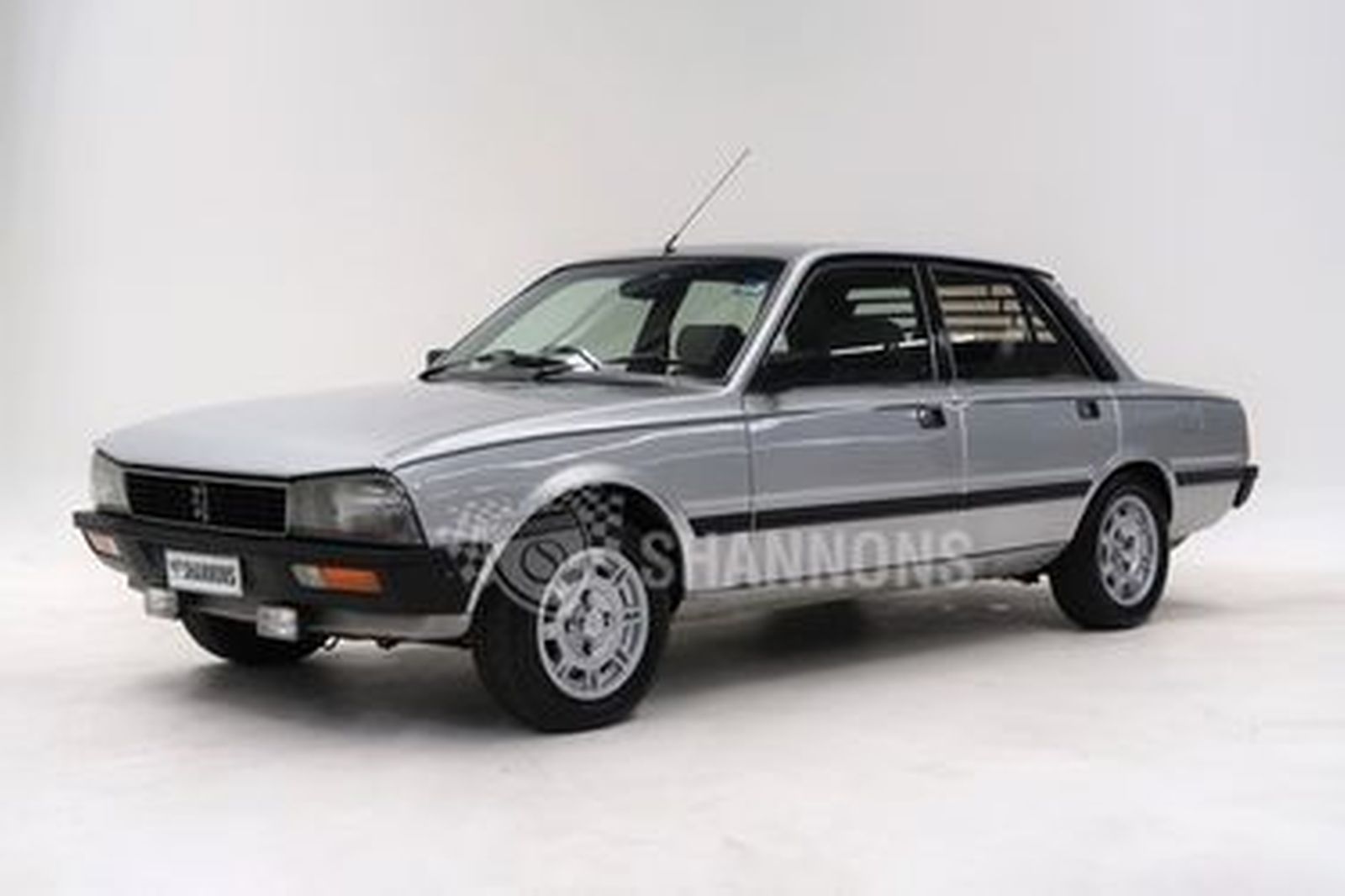