5165 people have viewed this lot

This lot is no longer available
Mitsubishi’s EVO (short for Evolution) is a sporting sedan based on its mainstream Lancer model that was manufactured from 1992 until 2016. It was fundamentally created to give the Japanese manufacturer a platform to compete in rallying, but quickly became a ‘cult’ car, helped by its starring role in PlayStation games. There have been 10 official versions of the EVO to date, all using two litre turbocharged in-line four-cylinder engines and all-wheel drive systems. The 10th and so far, final generation of the Lancer Evolution (Evo X) was launched in Japan in 2007, and overseas markets in 2008, and was produced for almost 10 years until it retired in April 2016. The EVO X featured a newly designed 1998cc turbocharged, all-aluminium alloy GEMA in-line four-cylinder engine. Power and torque depended on the market, but all versions had at least 206 kW, and three transmissions were available, a six-speed Twin-Clutch Sportronic Shift Transmission (TC-SST), a five-speed manual gearbox or a new six-speed SST dual-clutch automatic with steering-mounted magnesium alloy shift paddles. The EVO X also had a new full-time four-wheel-drive system called S-AWC (Super All Wheel Control), which was a more advanced version of Mitsubishi’s AWC system used in previous generations. The S-AWC utilized torque vectoring technology to vary torque delivery to the wheels to maximise traction. In 2015 a special limited run “Final Edition” (FE) EVO was produced featuring a black roof, “Final Edition” emblems, and darker Enkei wheels. Each was individually numbered, of which 150 came to Australia. Based on the Evo GSR, it had what Mitsubishi termed ‘Enhanced engine power’ (over the GSR model) with a power output of 226 kW and 414 Nm of torque. It was a five-speed-manual-only edition that came with black leather Recaro seats with red accent stitching, 18-inch BBS wheels, Bilstein and Eibach suspension upgrades, and Brembo brakes, along with the requisite ‘Final Edition’ badging and a numbered dash plaque. 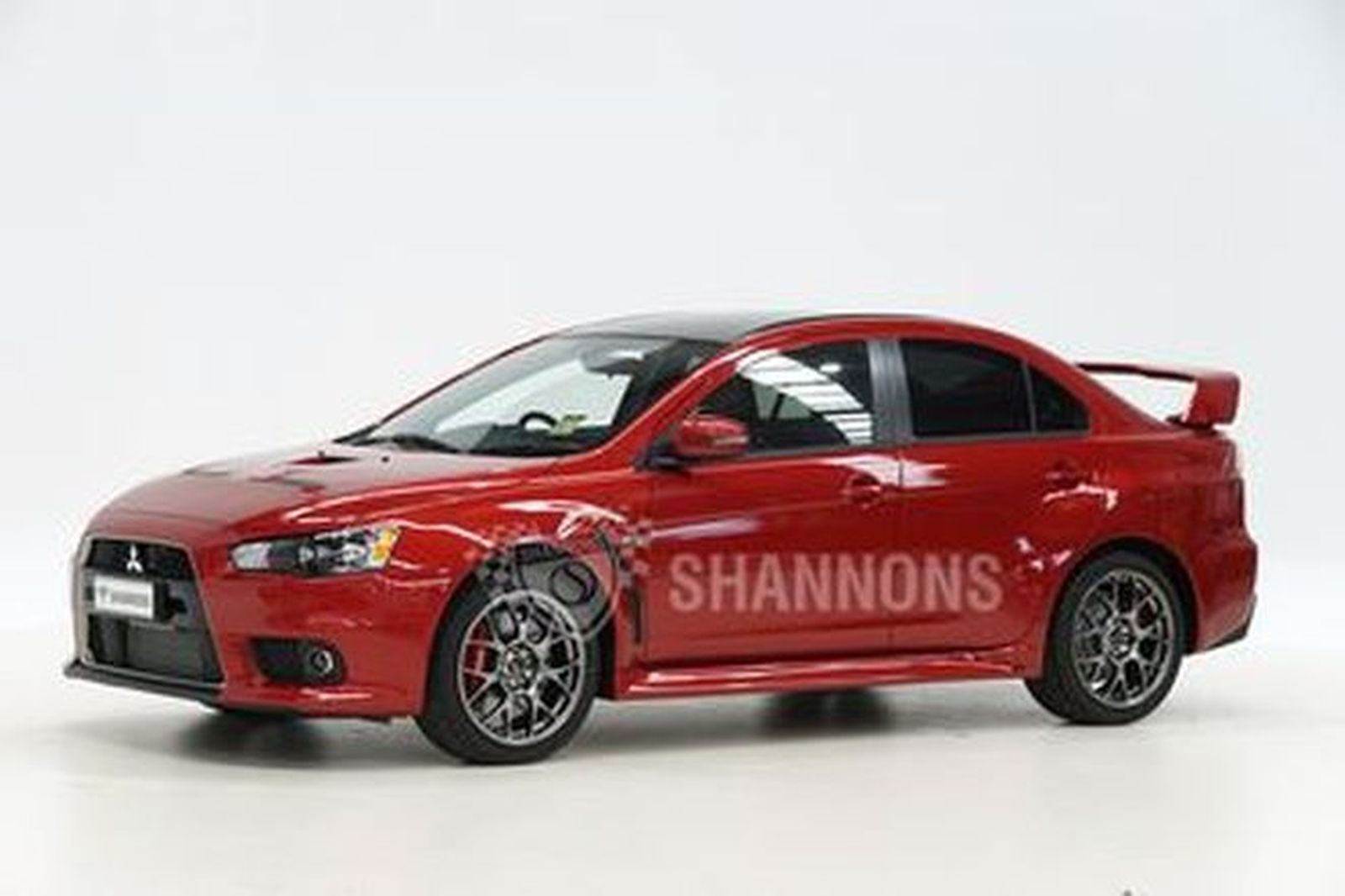