1893 people have viewed this lot

This lot is no longer available
A relative latecomer to the motorcycle market, Yamaha’s first model – the YA-1 – was launched in 1955 and the company quickly established itself through competition success, both at home and abroad.  A series of models based on contemporary German DKW and Adler designs followed, including the two-stroke YD-1.  It’s successor, the YDS-2, redefined the 250cc market, putting racing technology into a mass produced road bike.  Powered by a two-stroke parallel twin with a bore and stroke of 56mm x 50mm, the YDS-2 had a single piston-port intake and exhaust per cylinder, with twin transfer ports.  The five-speed gearbox used a crank-mounted clutch, which ultimately became the Yamaha’s achilles heel – the design was revised several times and the clutch shaft diameter was increased to 25mm on the YDS-3 in an effort to avoid disaster.  The list of standard features was impressive - a duplex frame, three-way adjustable rear shock absorbers, twin leading shoe front brake and adjustable friction steering damper, plus steering lock and tyre pump as standard.  Three paint colours were offered; most were either red or blue with a white pearl finish on the fuel tank but a small number came in black with fern silver tank and side panels.  An evolution of the YDS series, the DS6 appeared in 1969, updating the earlier YDS-5E’s styling with more rounded lines and a unique pair of exhausts with tulip-shaped silencers.  The engine now had five ports, copper head gaskets on the cylinders and a compression ratio of 7.3:1, giving 30 horsepower at 7500 rpm, along with twin Mikuni 26mm two-stroke carburettors and Yamaha’s Autolube system regulated the mix of oil and petrol.  After testing the DS6 Motorcycle Sport wrote “… this smoothly styled, impressively accelerative two-fifty, offering plenty of potential for tuning to well past 100 mph, is truly a motorcyle for the time”.  Sold in both standard and DS6-C street scrambler versions, the Yamaha proved relatively successful, albeit short-lived, replaced by the new RD250 range in the early 1970s. 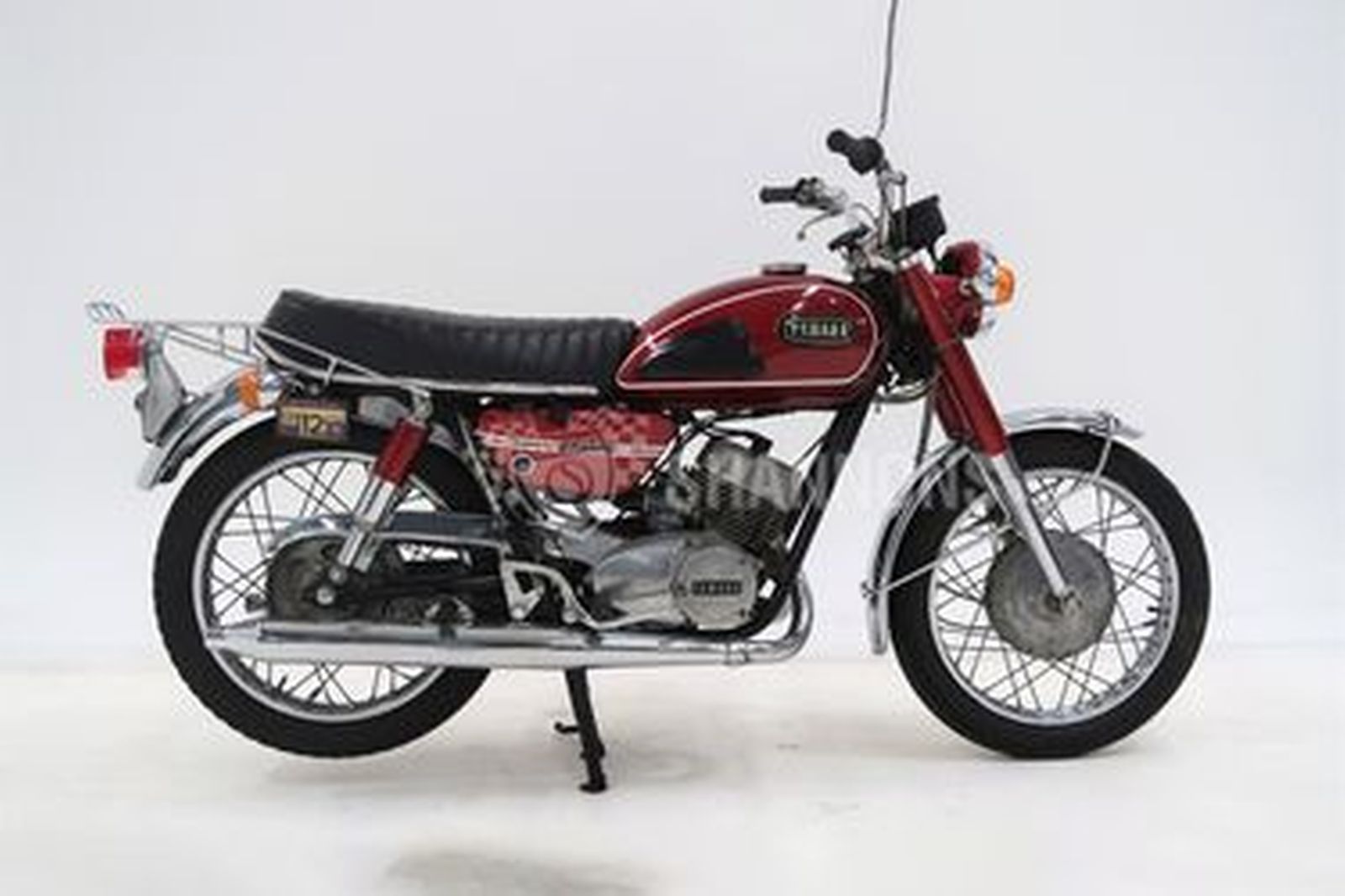 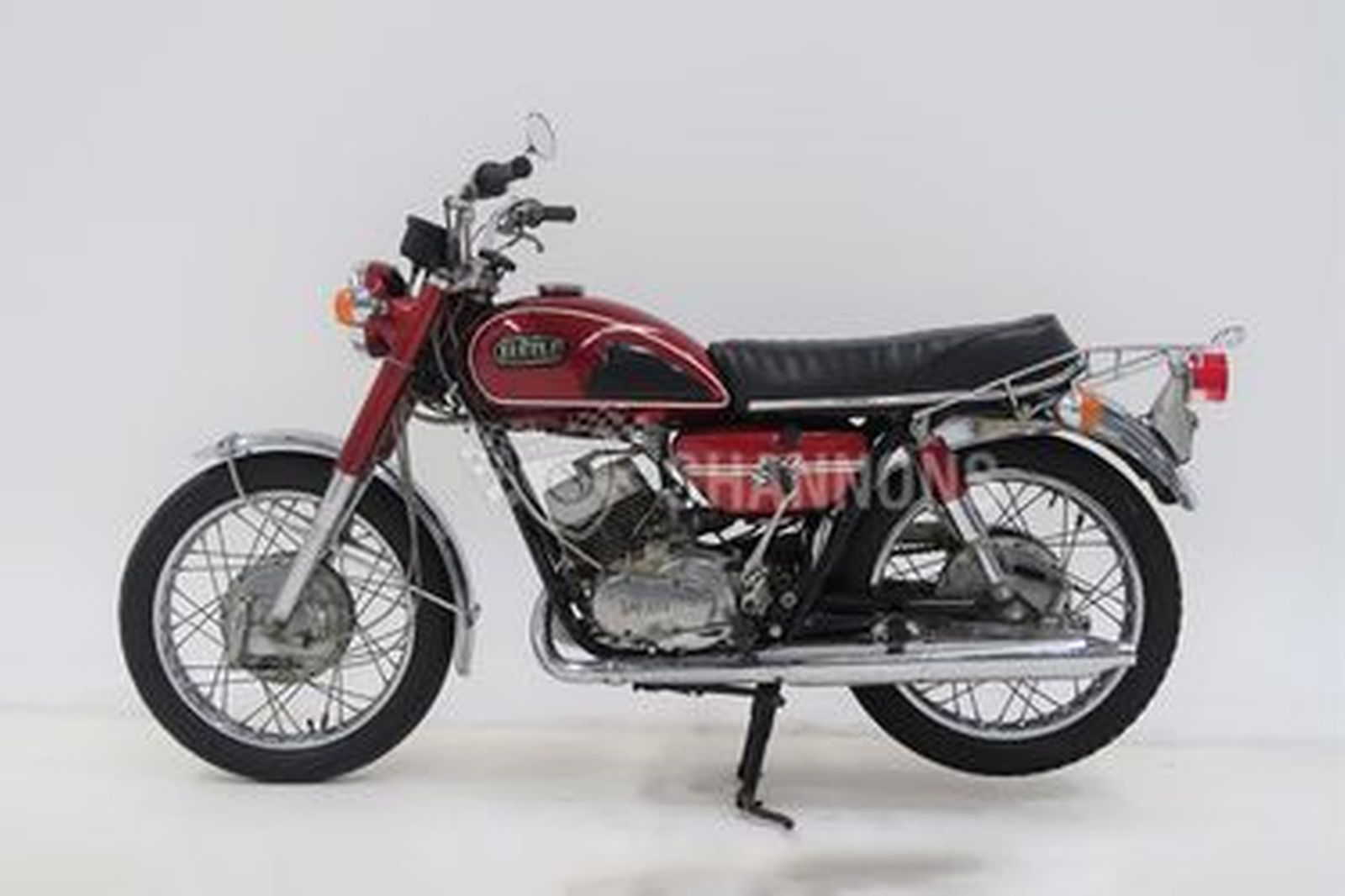