1023 people have viewed this lot

This lot is no longer available
BSA's first parallel twin motorcycle was designed by Bert Hopwood, who joined the Birmingham company after successful stints with Triumph and Norton. Announced in October 1949, this was to be BSA's first completely new post-war model and, although designated the A10, soon earnt the Golden Flash nickname after the all-over gold paint scheme. Based on the earlier A7 500cc model, the A10 saw the engine capacity increased to 650cc, with a one-piece forged steel crank, a new lightweight alloy cylinder head and single larger rocker box, plus a cast-in carburettor manifold. With an Amal carburettor, the A10's air-cooled motor developed 35 horsepower at 5700 rpm. By the early ‘60s there was growing demand for off-road style motorcycles – known as Scramblers – and BSA was happy to cash in, though the British firm recognised there was also a need for a ‘crossover’ style motorcycle that could do duty off road on weekends, and on road during the week. Some suggest BSA launched the dual sports bike category in 1965 with its off road-styled 500cc A50 Wasp and 650cc A65 Hornet. Three years later, the company introduced the A65 Firebird Scrambler which looked great, but BSA did little marketing and the Firebird stalled. BSA made only 250 of these Firebirds in the first year, almost all of which went to the United States, wearing side-panel decals showing crossed American and British flags. Looking like the crossover it was, the A65 Firebird had a fibreglass tank, folding foot pegs, telescopic gaitered front forks with hydraulically damped coil springs, while the rear was fitted with the same suspension working in unison with a swing arm. The 650cc twin used 32mm Amal Concentric carburettors, the factory claiming some 55 horsepower at 6800 rpm. The initial ‘68 model had a high pipe on each side, with little leg protection from its solid oval heat shields, so a pair of high pipes on one side with a mesh shield was introduced for 1969, along with a redesigned front guard and a new steel fuel tank. 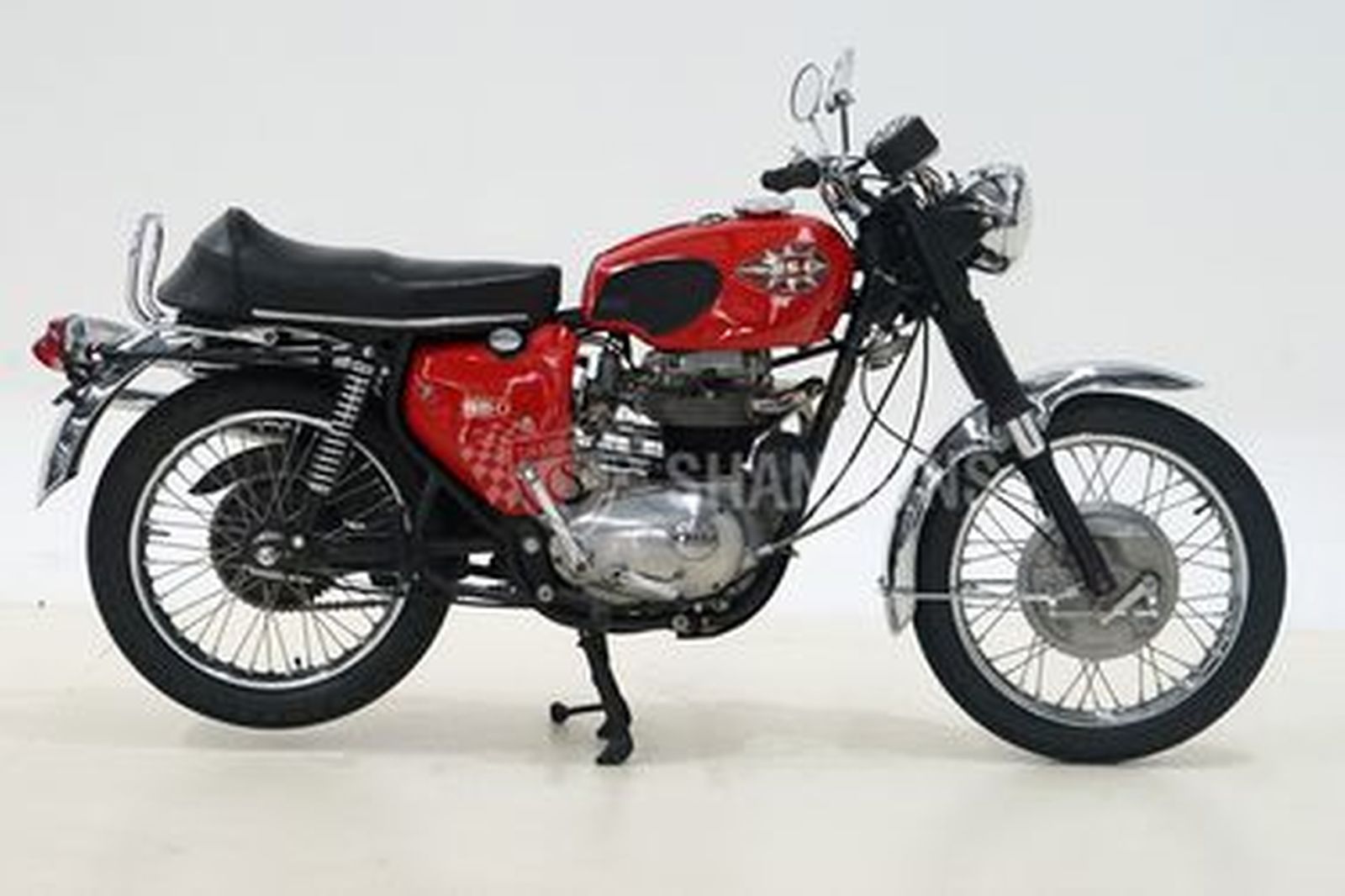