This lot is no longer available
For any car enthusiast who grew up in the 1970s or 1980s Lamborghini’s Countach remains the ultimate mid-engined Italian exotic, one that embodied the term supercar better than any other car.  A replacement for the gorgeous but somewhat fragile Miura, the Countach was similarly styled by Bertone under the direction of Marcello Gandini but the earlier car’s soft curves were gone, replaced by a sharp angles and the newly popular wedge look.  First unveiled in prototype form at the 1971 Geneva Motor Show, the LP400 Countach took another three years to enter production.  Powered by a 3929cc version of Lamborghini’s quad-cam V12, the Countach remained in production for the better part of two decades, undergoing several major revisions.  The first took place in 1978 with the addition of the ‘S’ variant designed to accommodate Pirelli’s radical new P7, the widest rubber available on a production car to date.  Fibreglass wheelarch extensions and the optional rear wing neatly integrated into Gandini’s original celebrated shape, becoming the definitive Countach for a generation of exotic car lovers the world over.  In 1982 Lamborghini upped the power by increasing displacement to 4754cc, along with some revisions to the interior but the introduction of a new supercar from cross town rival in the form of Ferrari’s Testarossa saw another major update take place in 1985.  Known as the LP5000 Quattrovalvole, Lamborghini took the V12’s displacement out to 5167cc and added four valves per cylinder – in Europe six Weber carburettors were retained (known colloquially as Downdraft cars) and rated at 450 horsepower whereas Bosch K-Jetronic fuel injection was adopted to meet increasingly stringent regulations in certain markets, rated at 414 horsepower.  Despite its advancing years, the Quattrovalvole remained the poster car of choice and, fuelled by the late ‘80s boom years, 610 were produced, around the same as all previous Countach models combined.  Celebrating Lamborghini’s 25th Anniversary in 1988, the final iteration of the Countach sported the most significant body revisions of all.  Styled by Horacio Pagani, who went on to greater fame building his own supercars, the most significant changes took place around at the rear with revised intakes and boxes above the engine to help keep the massive V12 cool, along with heavily straked side skirts, a new front spoiler, revised flares and rear bumper.  The classic Countach wheels were also changed to a new split rim design by OZ but Pirelli’s massive 345/3515 tyres (at the rear) remained the tread of choice.  Regarded as the most refined Countach built by Lamborghini, the 25th Anniversary model was also the fastest of all, accelerating from 0-100 km/h in 4.5 seconds on the way to a top speed just shy of the magic 300 km/h mark.  Countach production was ramped up under Chrysler’s ownership and the 25th Anniversary model sold strongly as a result, with 657 produced in just three years, many snapped up by a new generation of supercar collectors and investors. 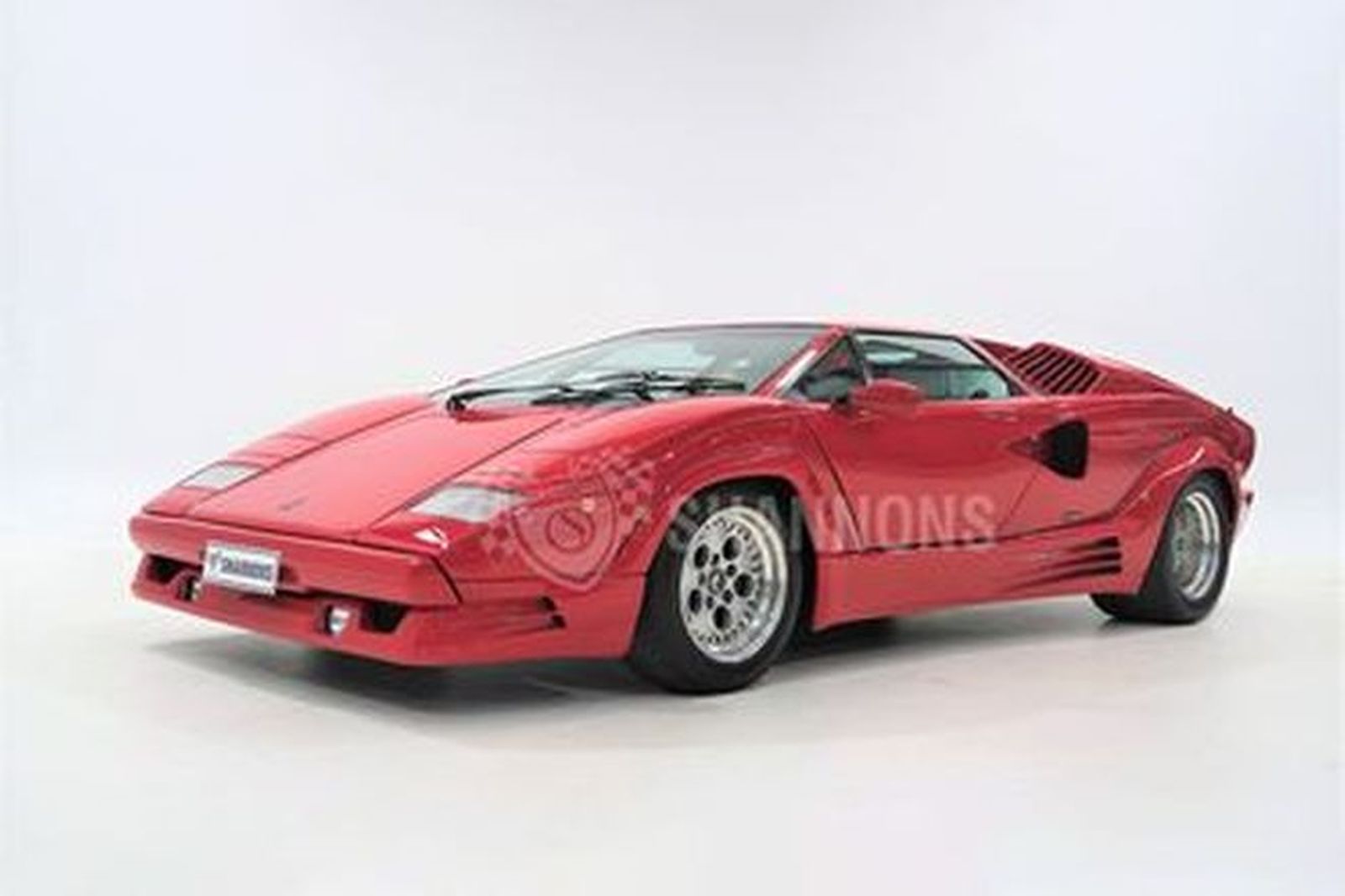