3560 people have viewed this lot

This lot is no longer available
A pioneering industrialist, Shozo Kawasaki’s company was founded in 1896 and manufactured everything from locomotives to steel components, diversifying into aircraft in 1937 and from the end of the Second World War, motorcycle engines.  Kawasaki merged with Japan’s oldest motorcycle manufacturer, Meguro Works, in 1960 and the company’s first foray into four-stroke design combined the resources of both, with Meguro’s engineers taking charge of the chassis design while Kawasaki developed the engine.  Kawasaki engineers had been well underway with a mocked-up 750cc 4-stroke engine in the late ‘60s when Honda burst on the scene with its now-legendary CB750.  Work stopped on the project initially, but Kawasaki picked it up again in 1970 and created the Z1 for 1972, the most powerful Japanese four-cylinder four-stroke motorcycle ever made.  The Z1 set the world FIM and AMA record for 24-hour endurance on the banked Daytona racetrack in 1972, recording 2,631 miles at an average speed of 109.64 mph.  The ultimate superbike in the mid ‘70s, Kawasaki added a second front disc brake in 1976 before increasing the bore from 66mm to 70mm the following year, raising capacity to 1000cc for the Z1R in 1978 in the face of competition from Honda’s CBX, the Yamaha XS1100 and Suzuki’s GS1000.  The first Japanese bike to feature full fairings, the radically-styled Z1R was packed with new features like self-cancelling indicators, a well-stocked instrument cluster and four-into-one exhaust, along with 18-inch cast alloy wheels and drilled triple disc brakes.  In response to criticism of the Z1R’s handling, Kawasaki released the heavily revised Z1R-II for the 1980 model year, with a much stiffer frame using double-walled down tubes from the 1979 KZ100, along with a 19-inch front wheel, larger fuel tank, four-into-two exhaust and a new crankshaft to reduce engine vibration.  Lower gearing markedly improved acceleration and the Z1R-II is now regarded as the one to own by collectors, but with only 3,308 built finding one is becoming increasingly difficult. 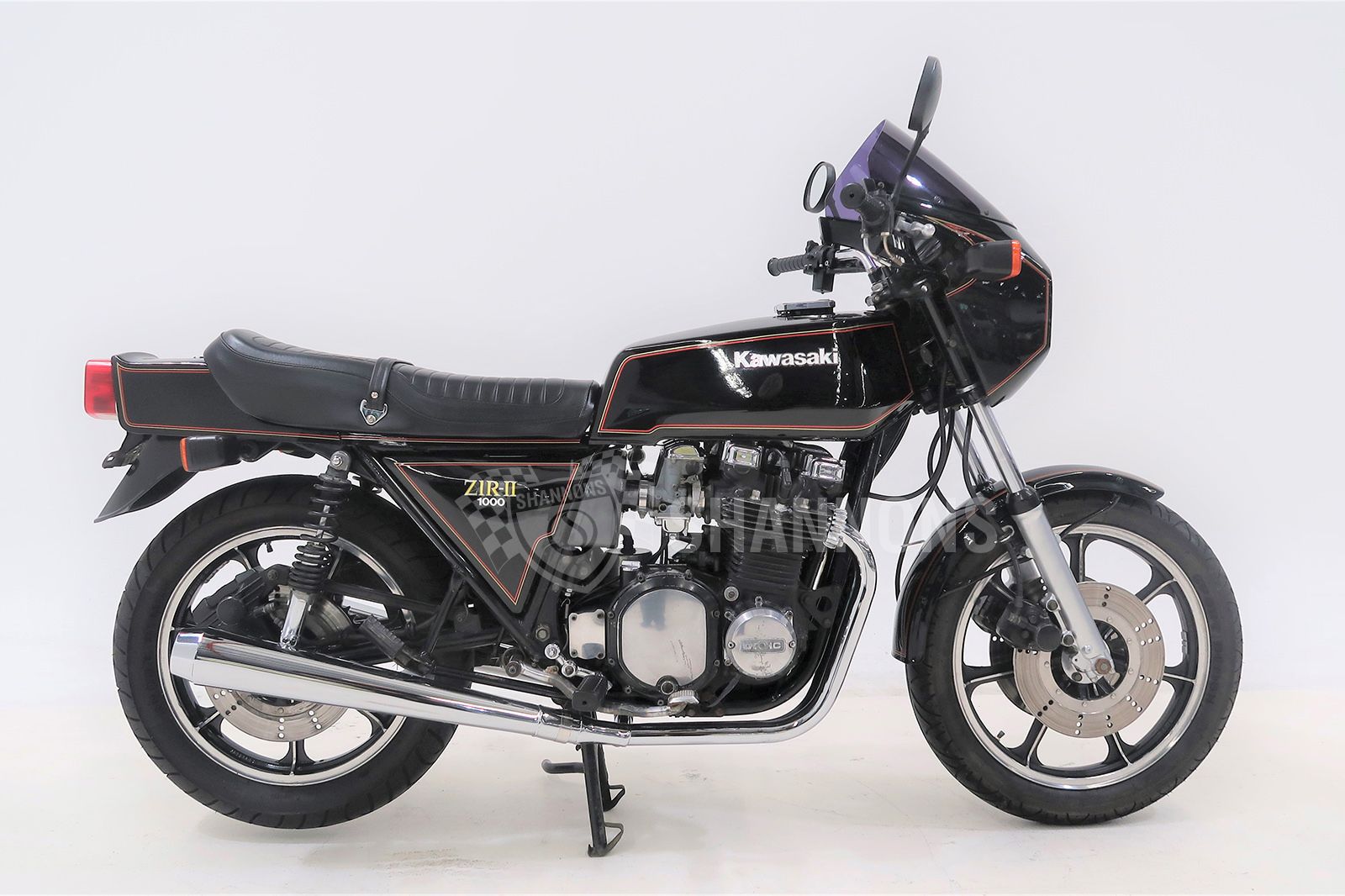 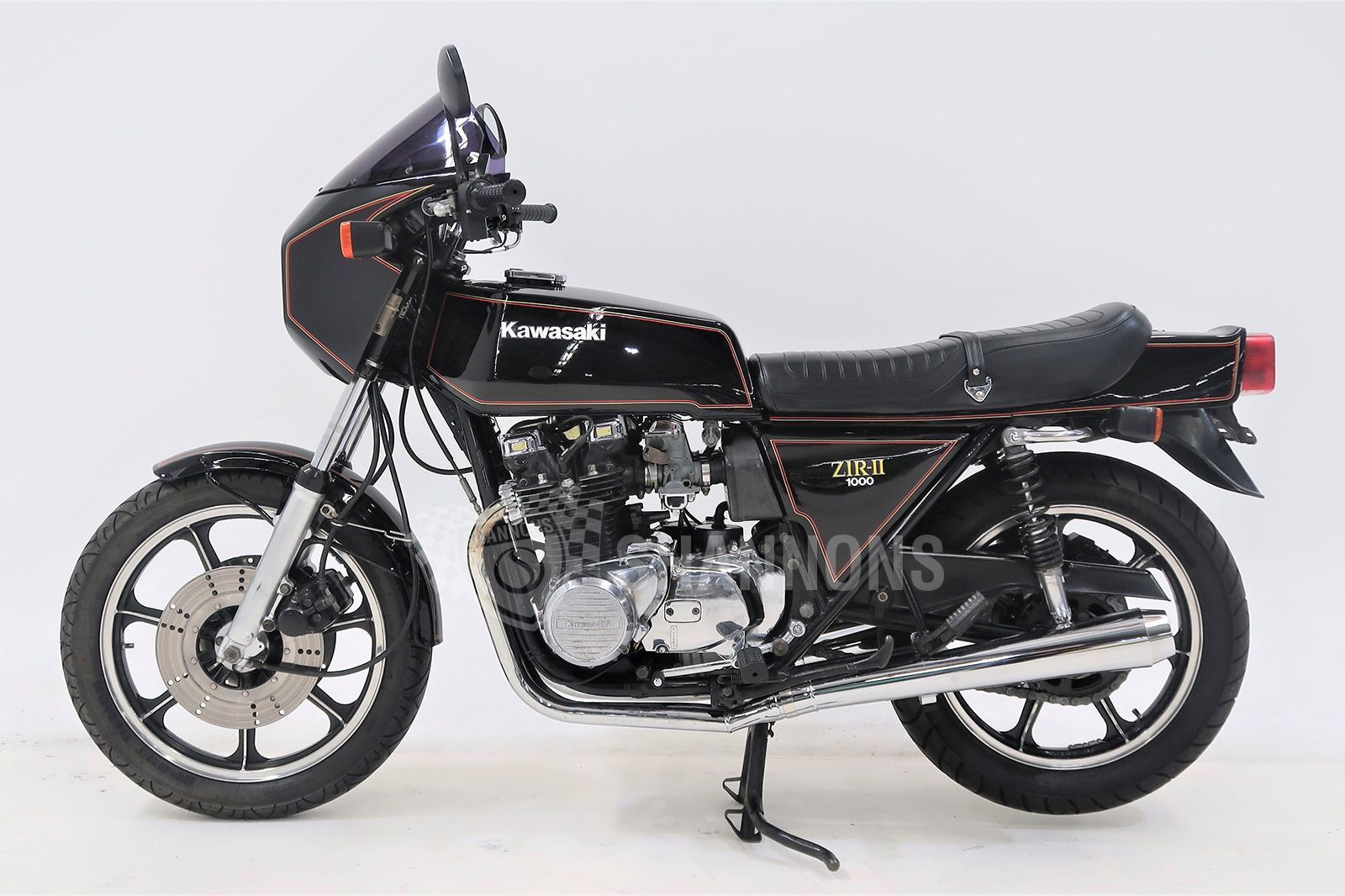 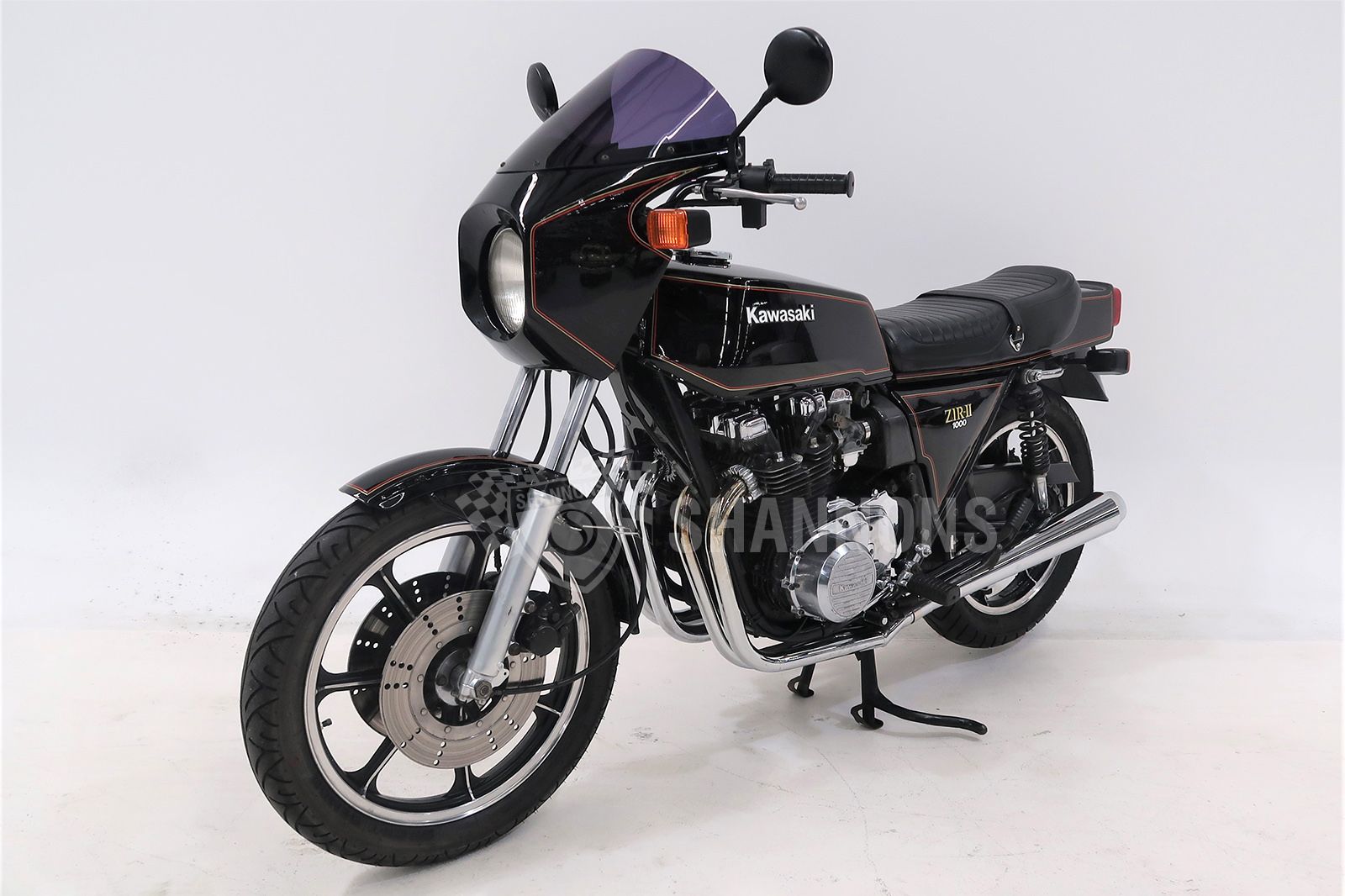 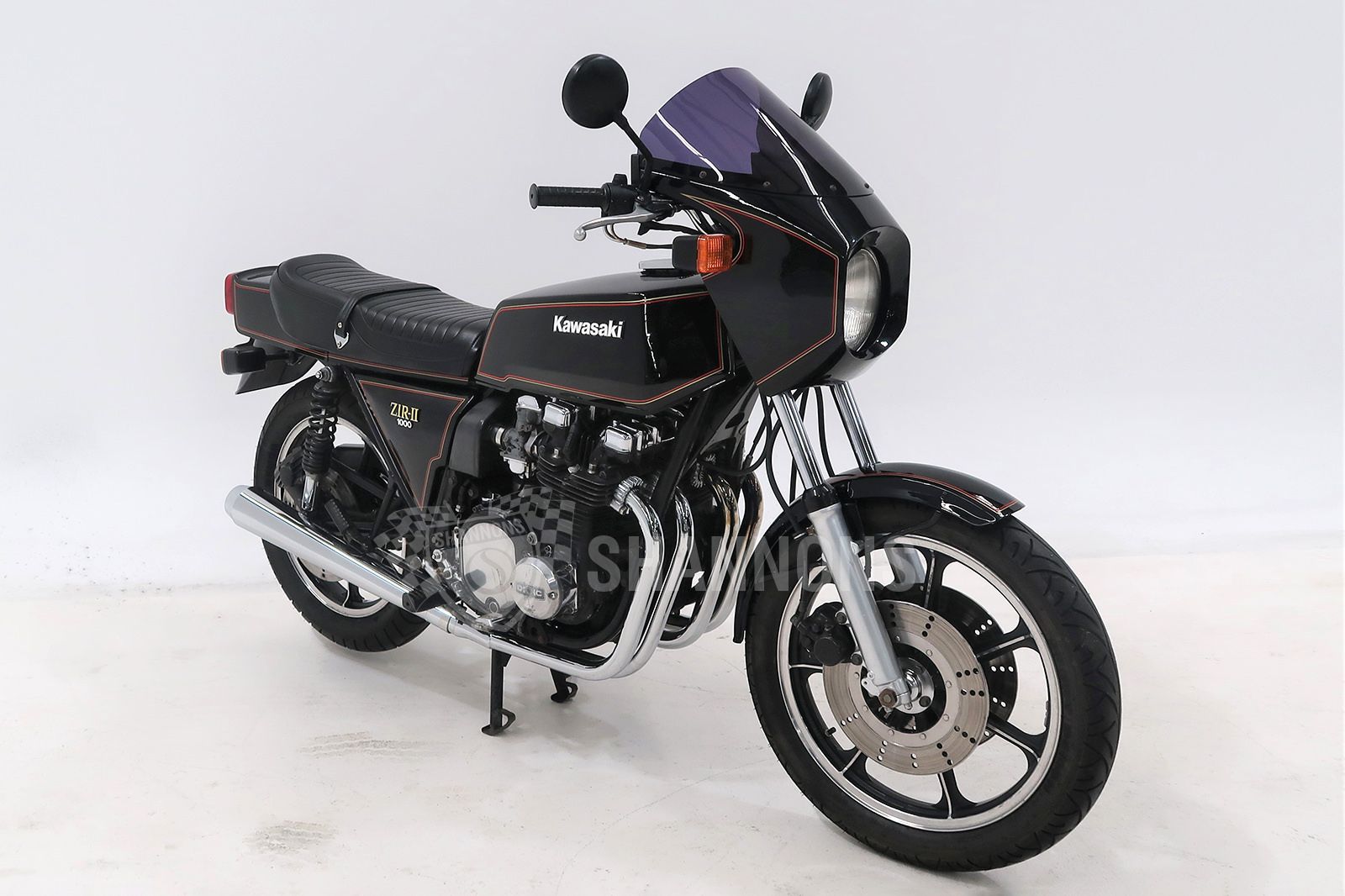 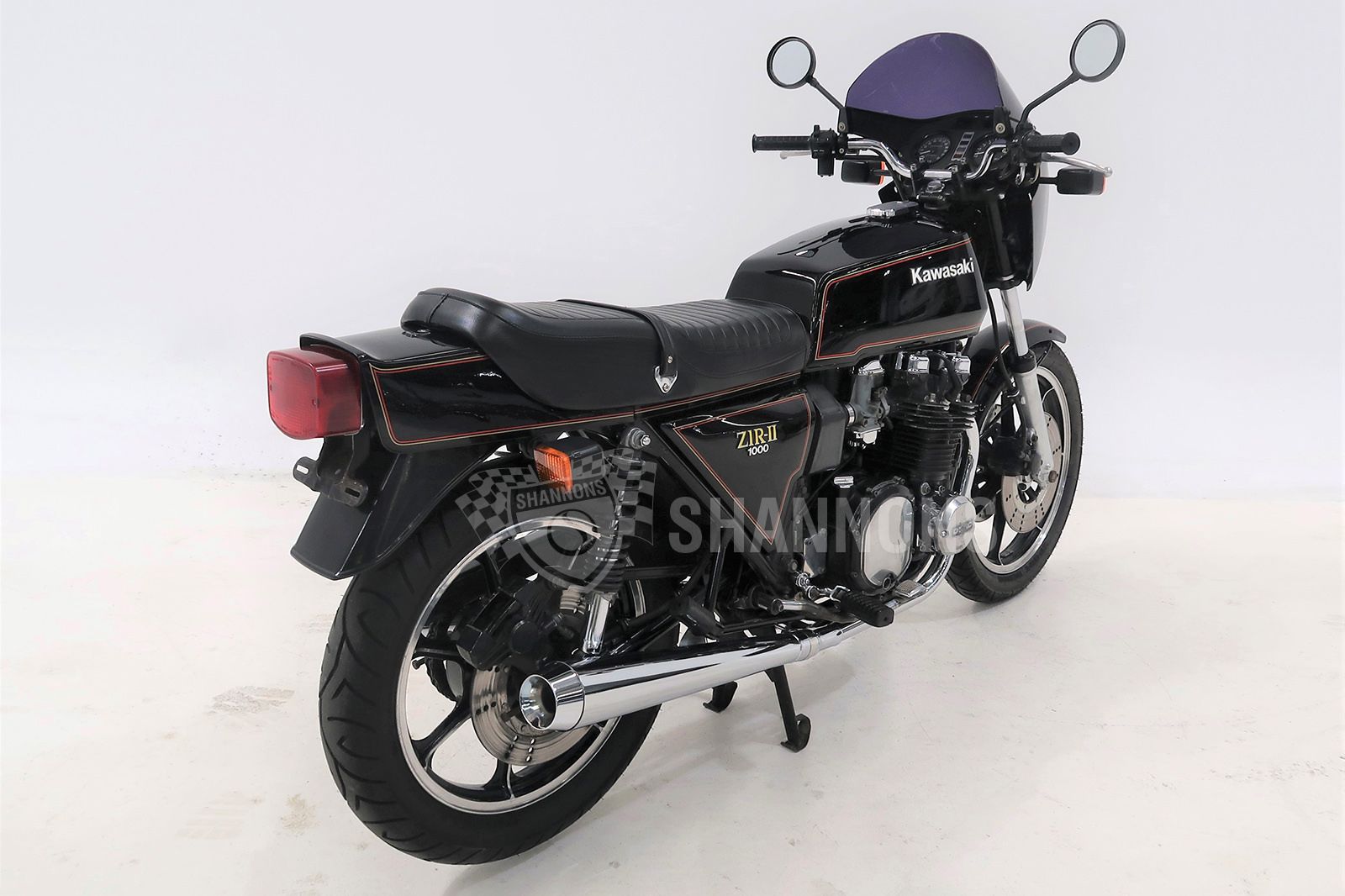 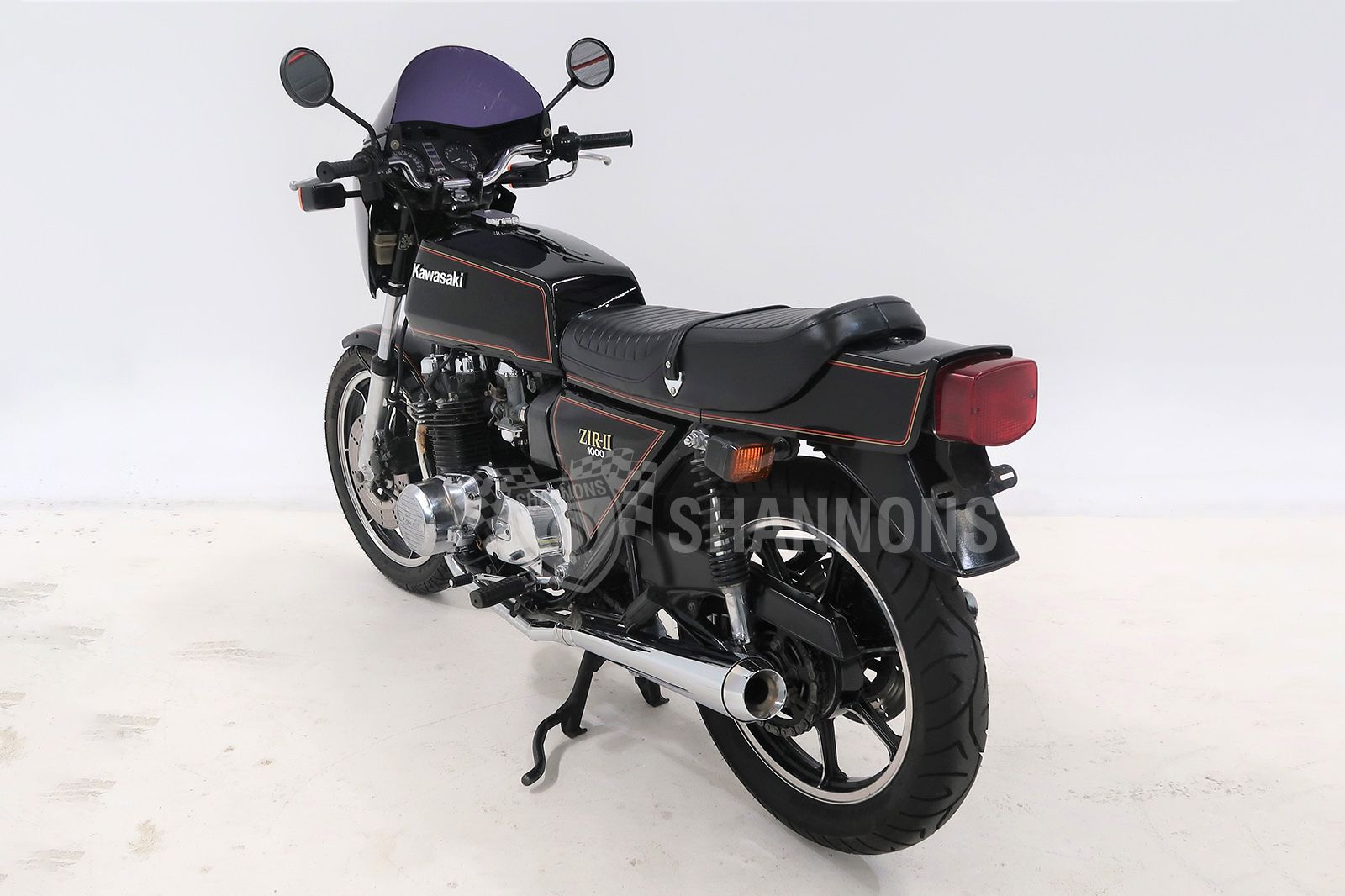 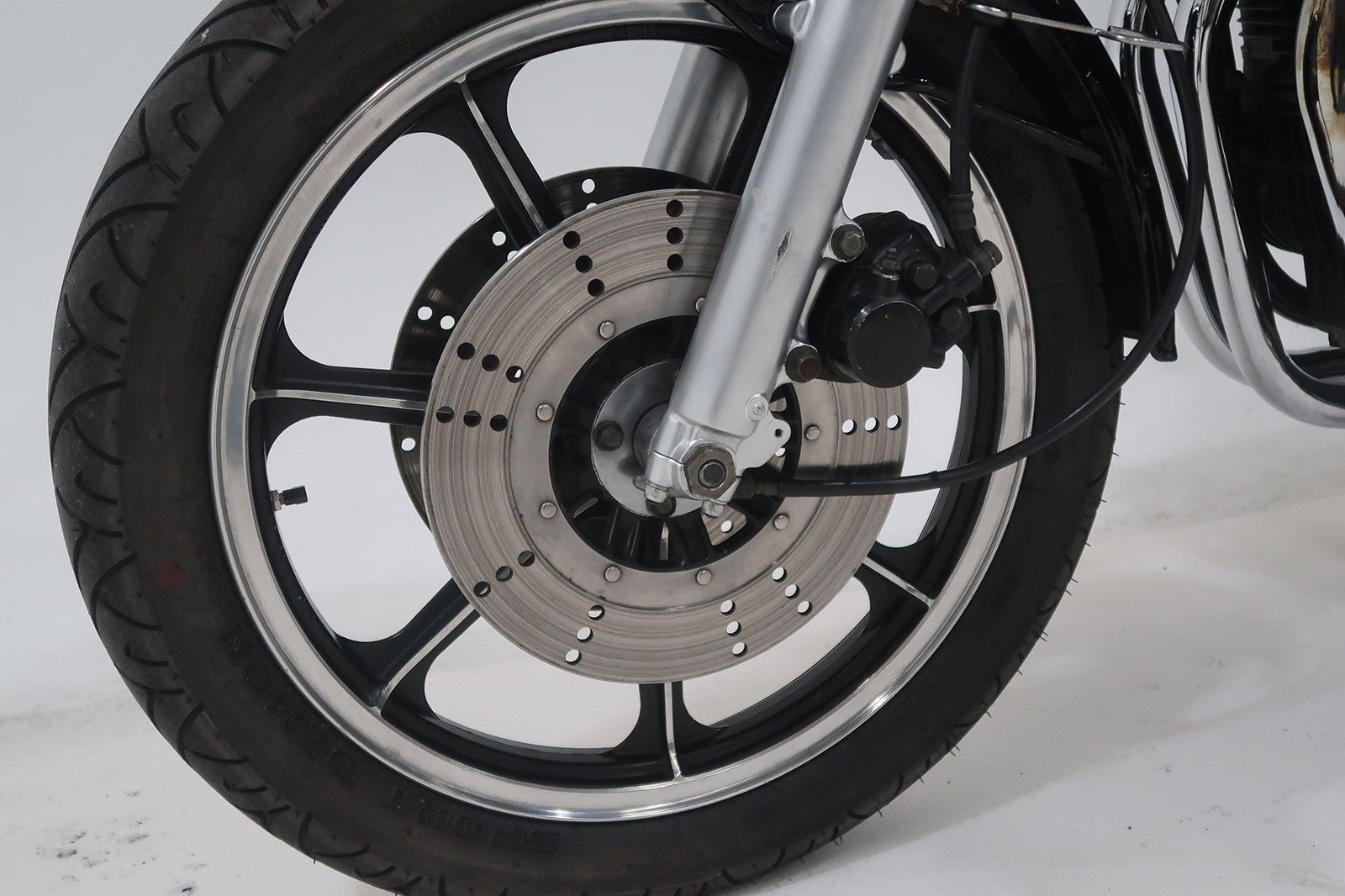 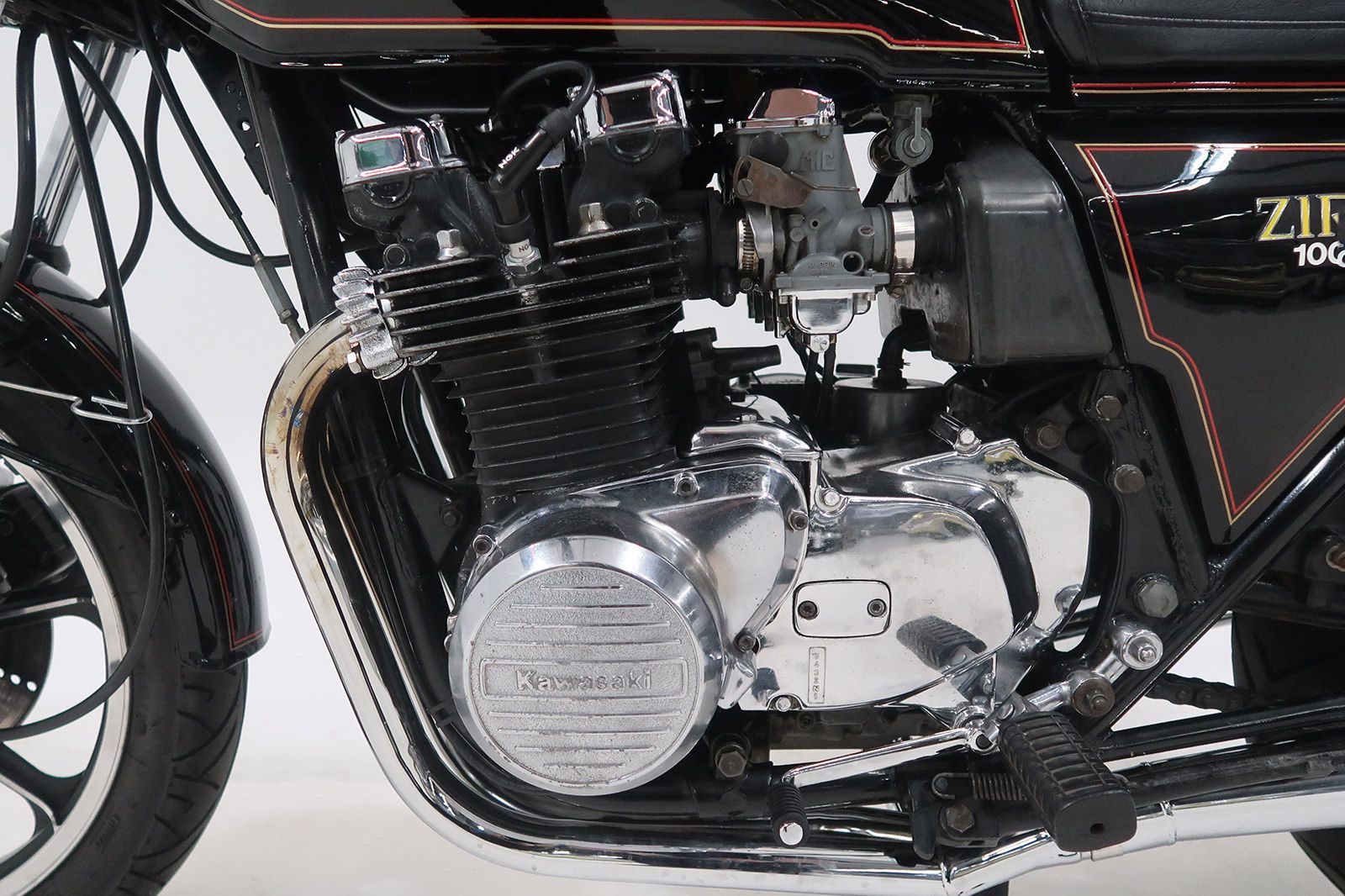 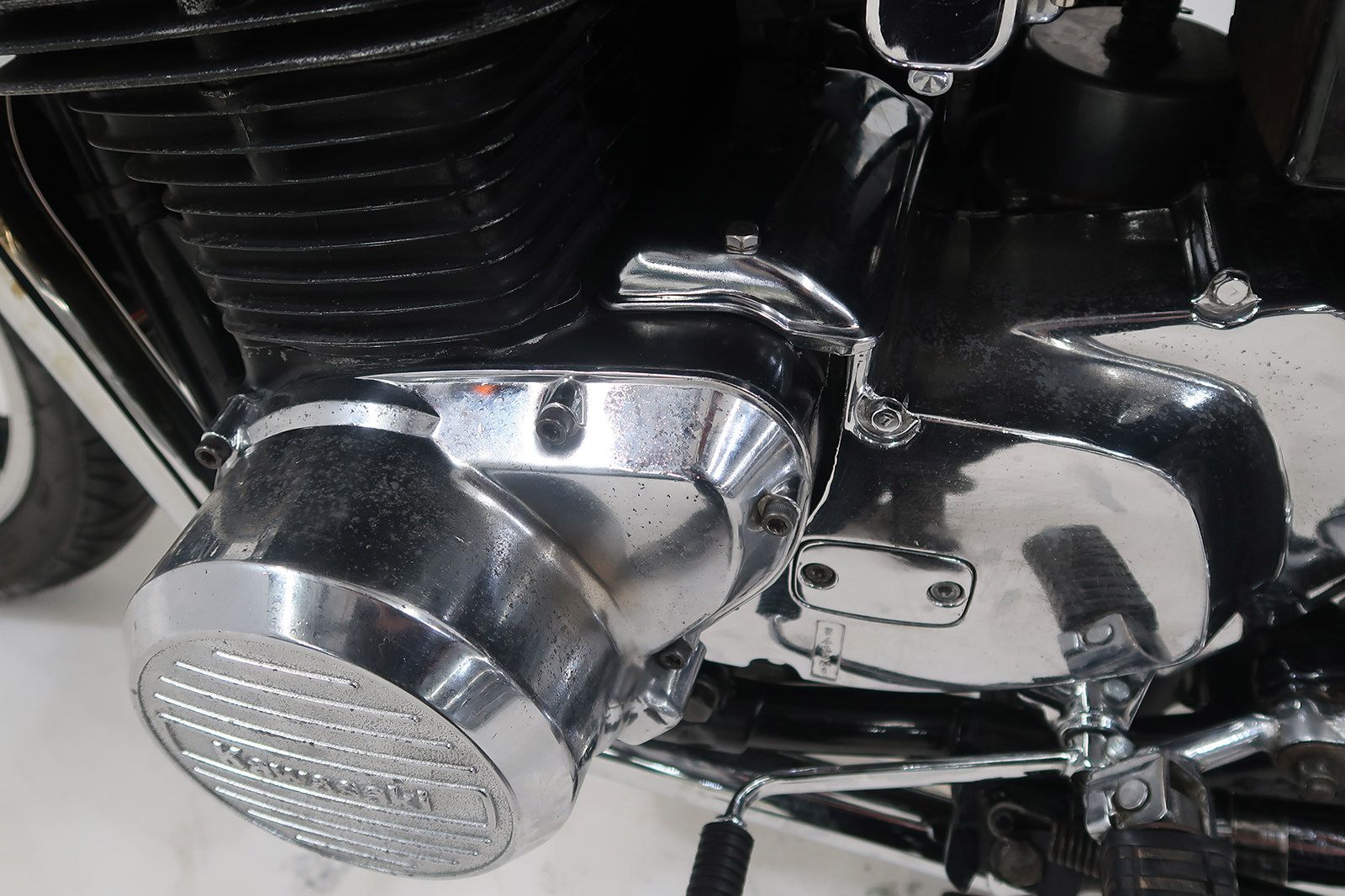 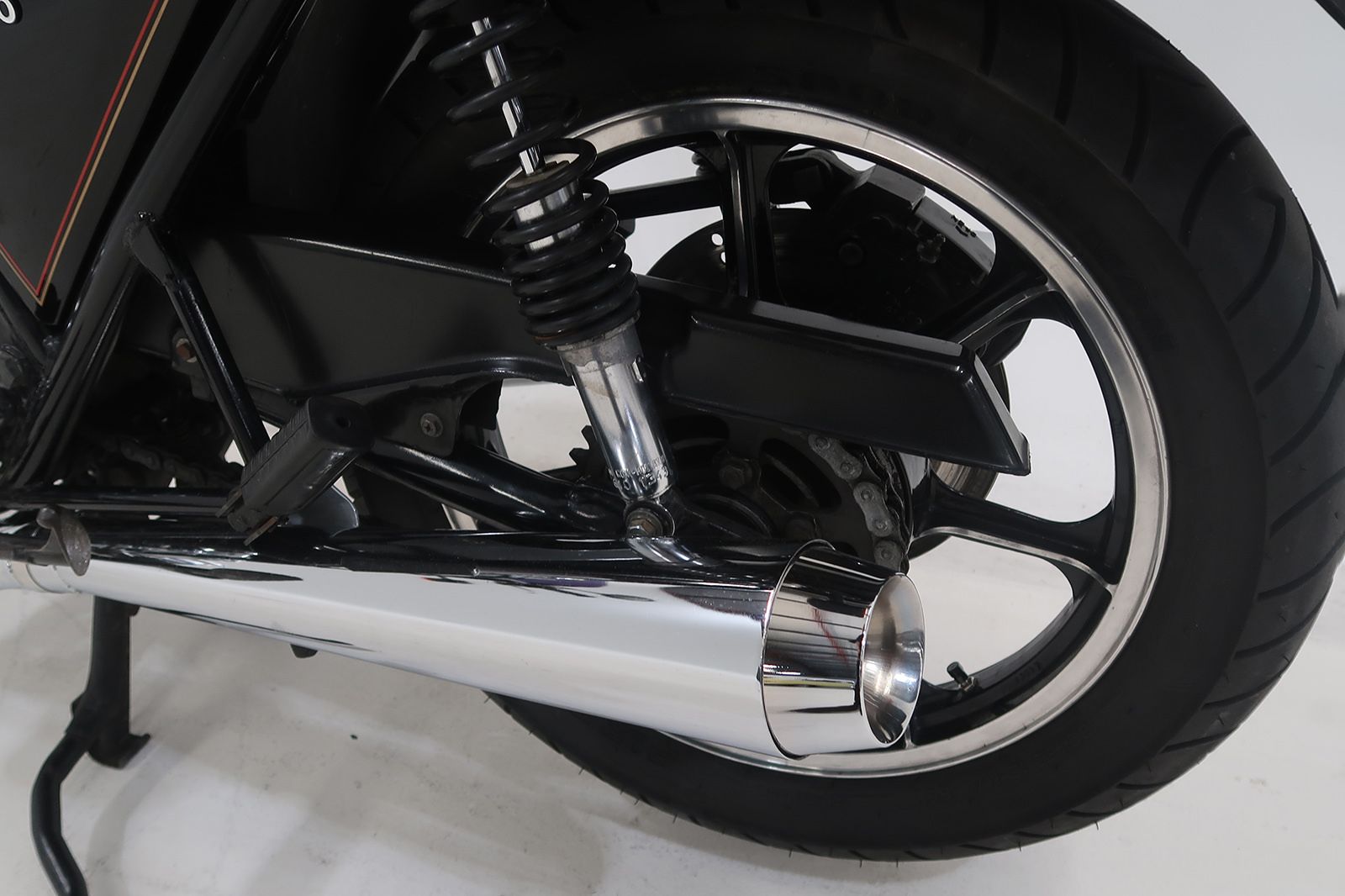 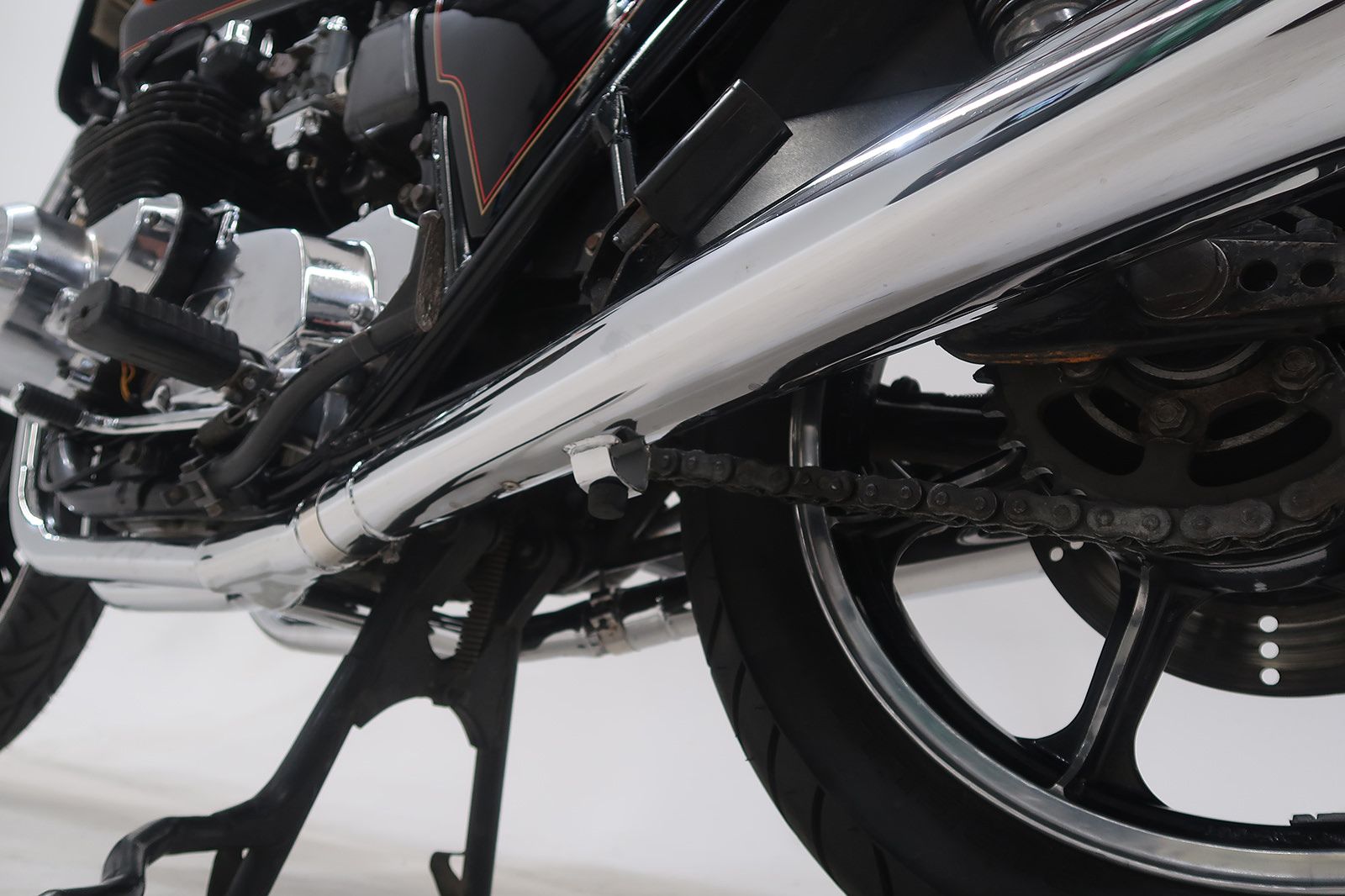 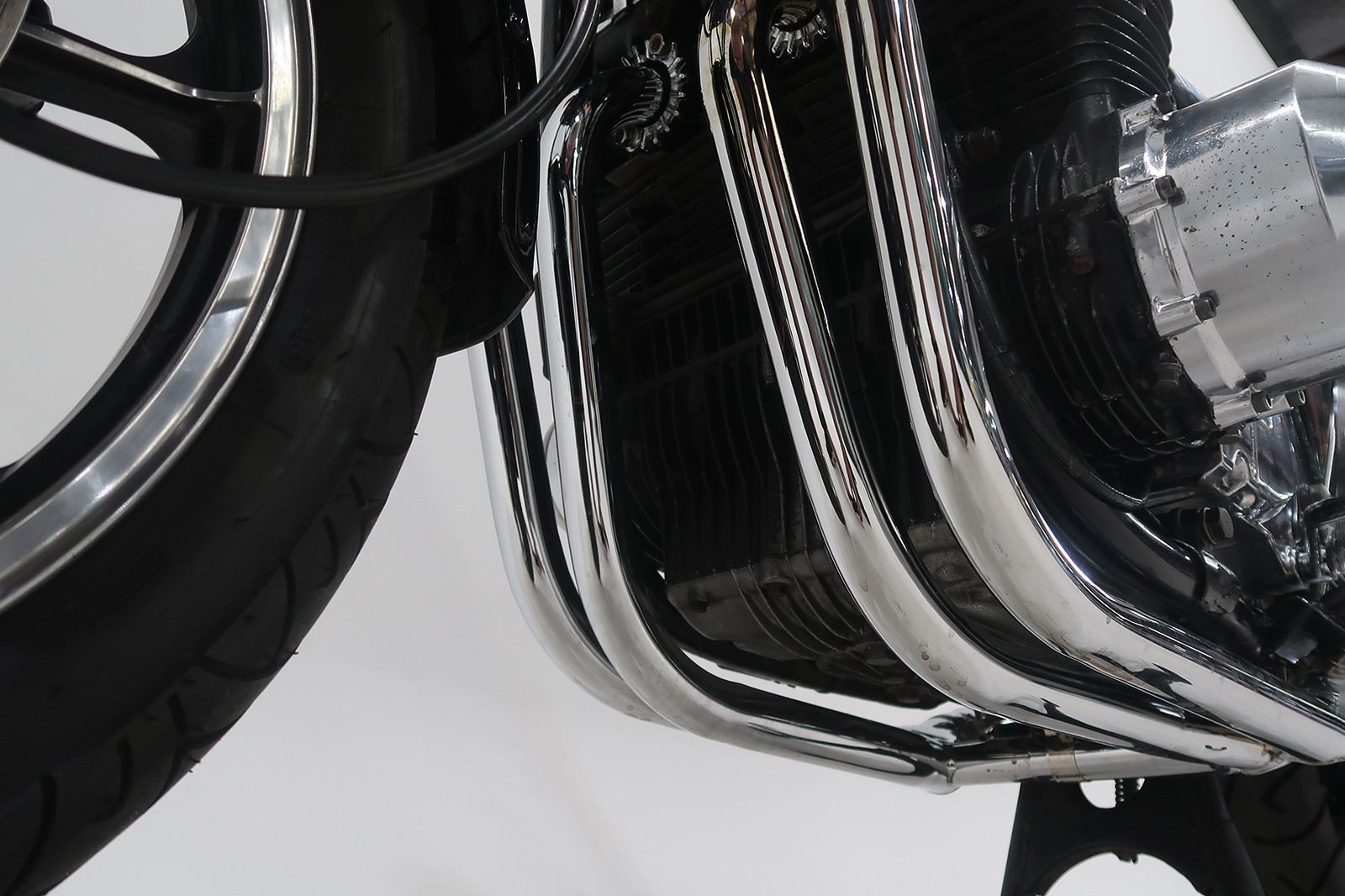 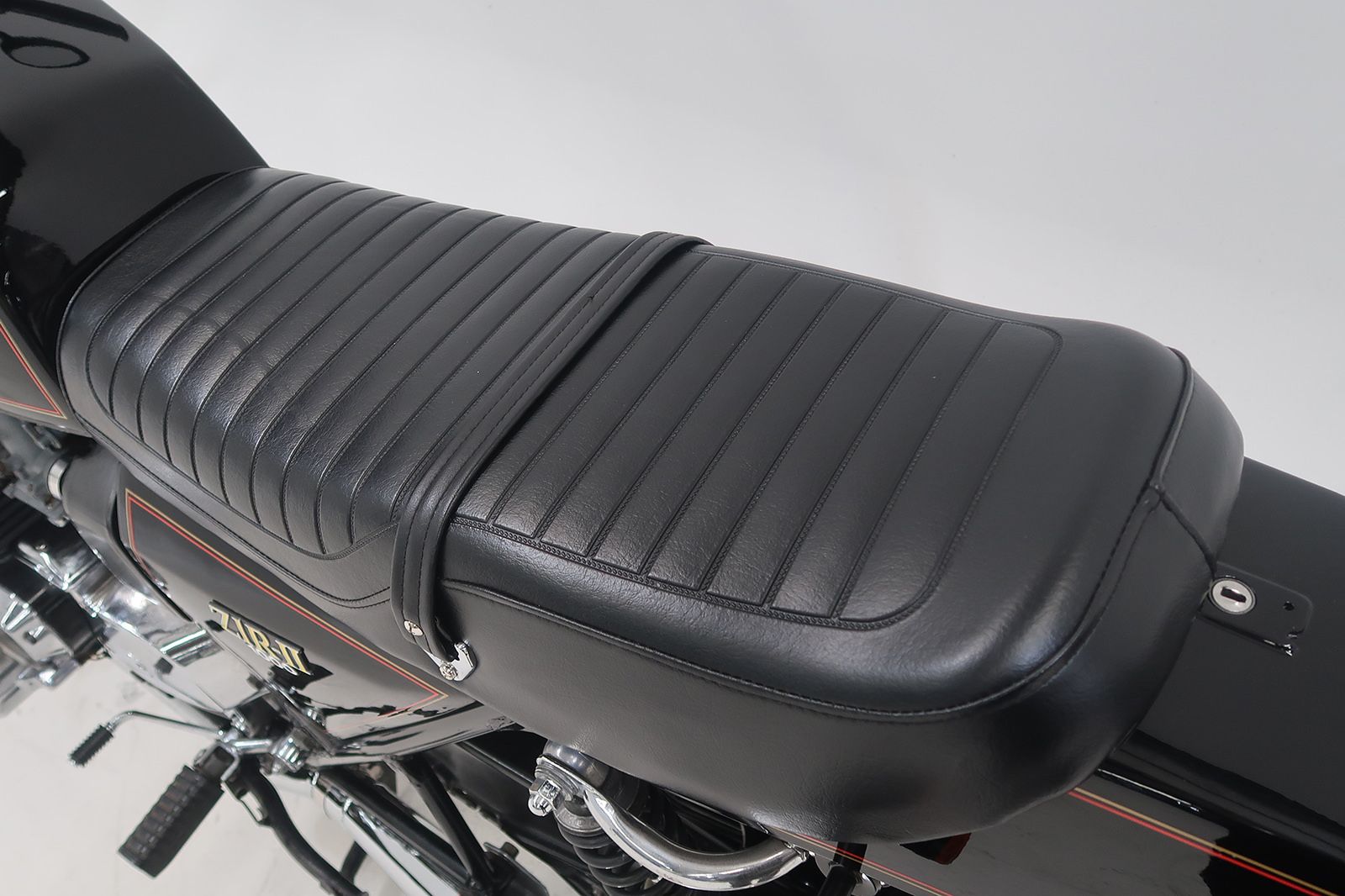 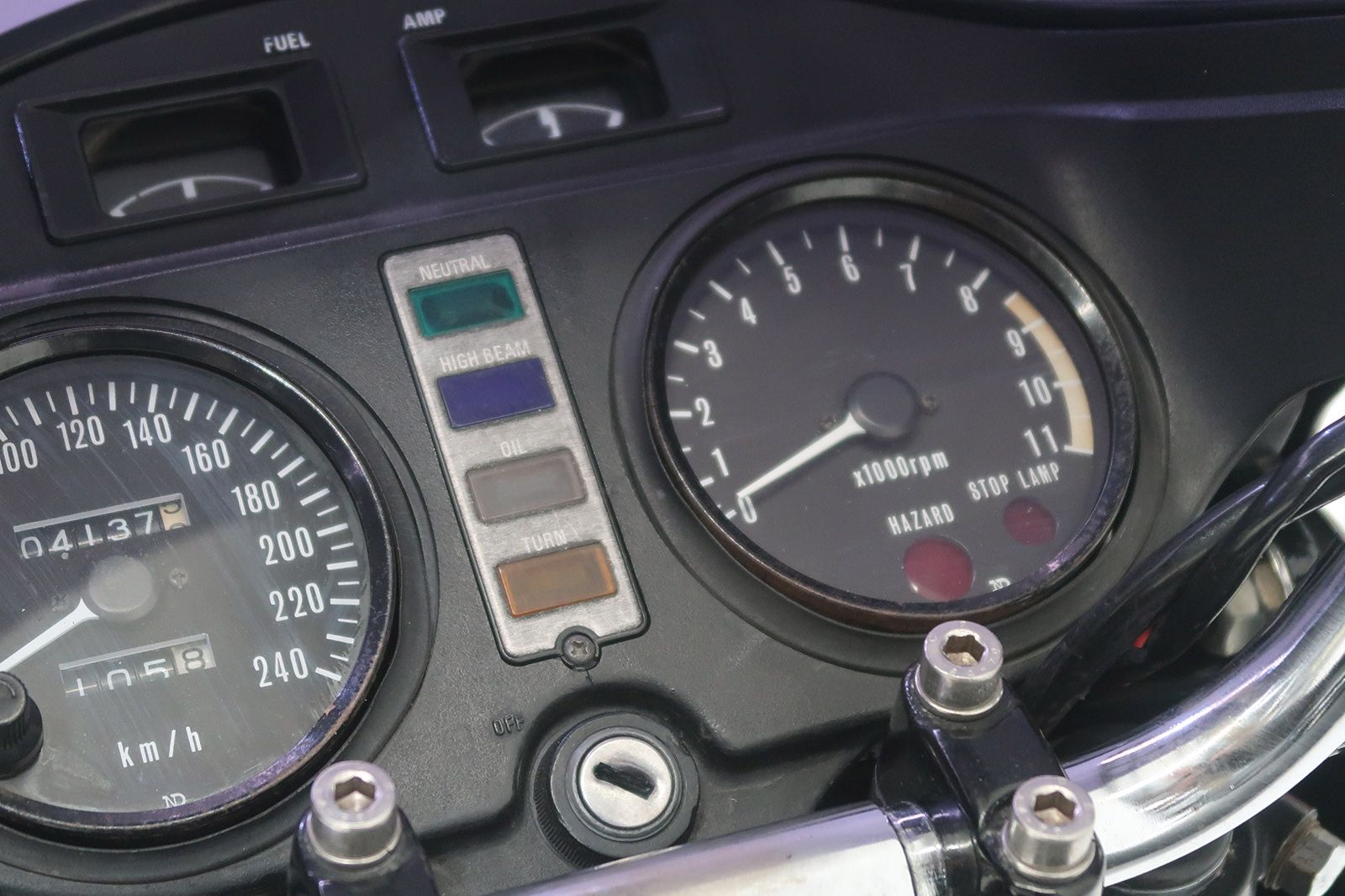 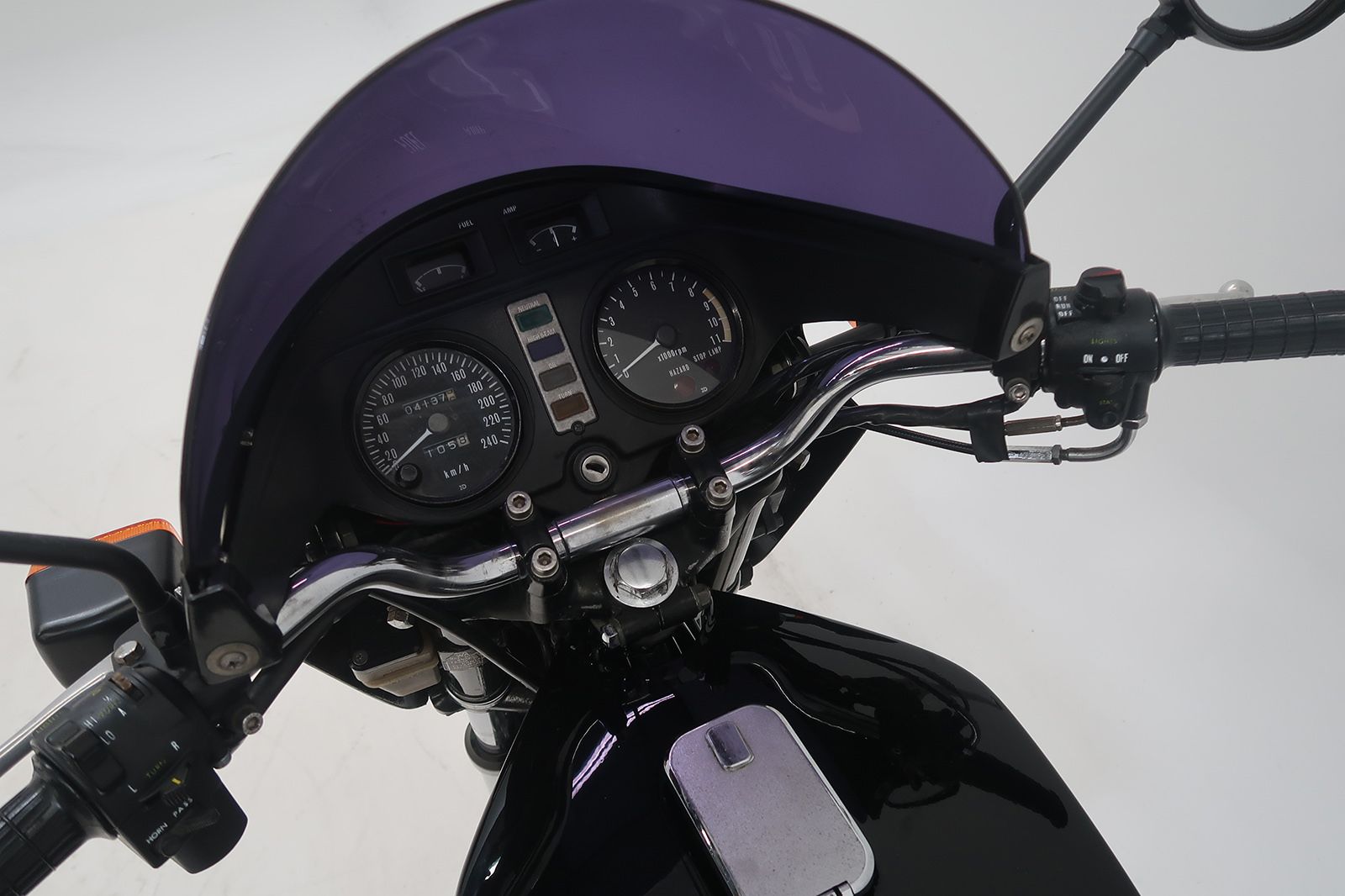 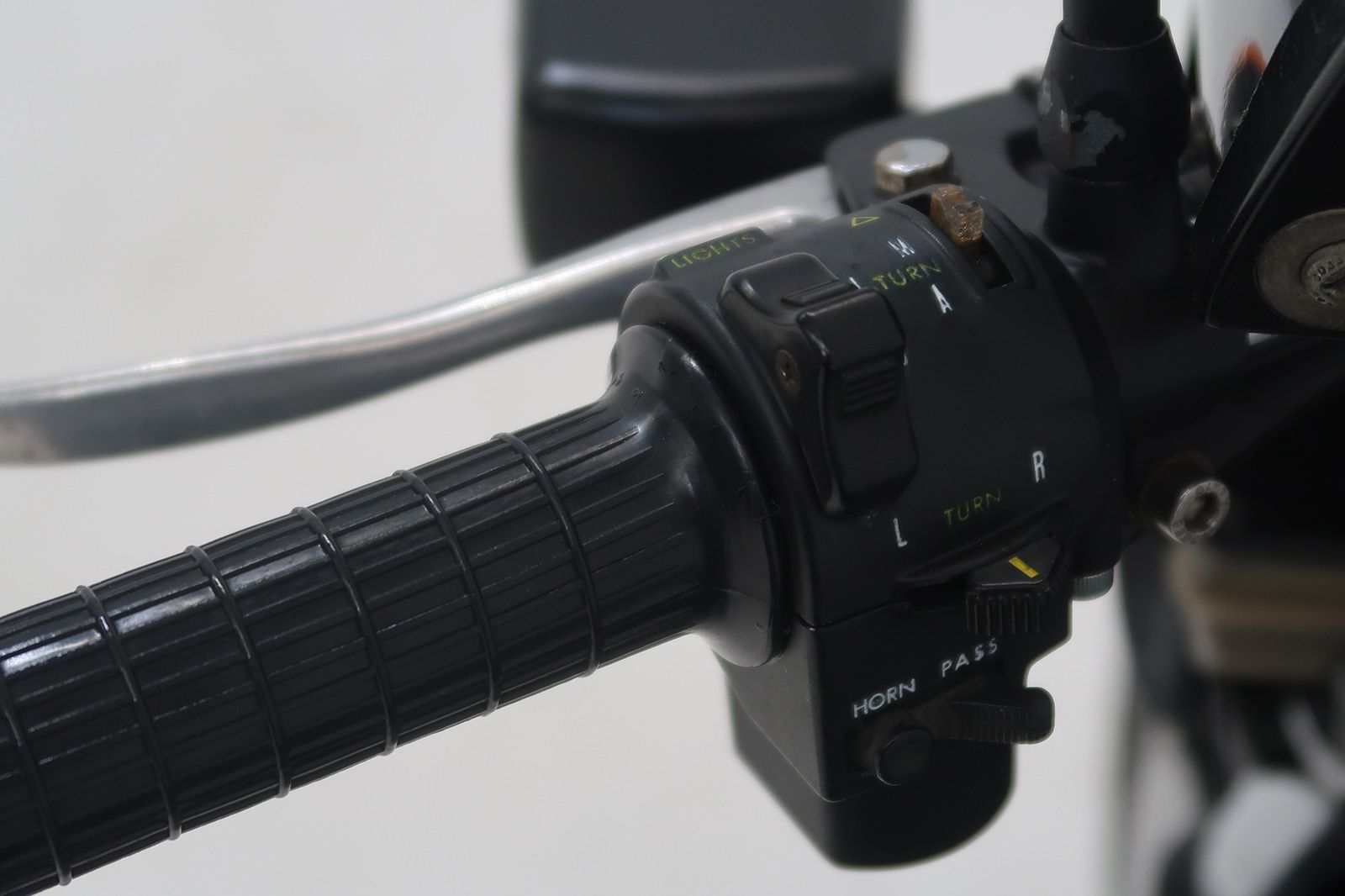 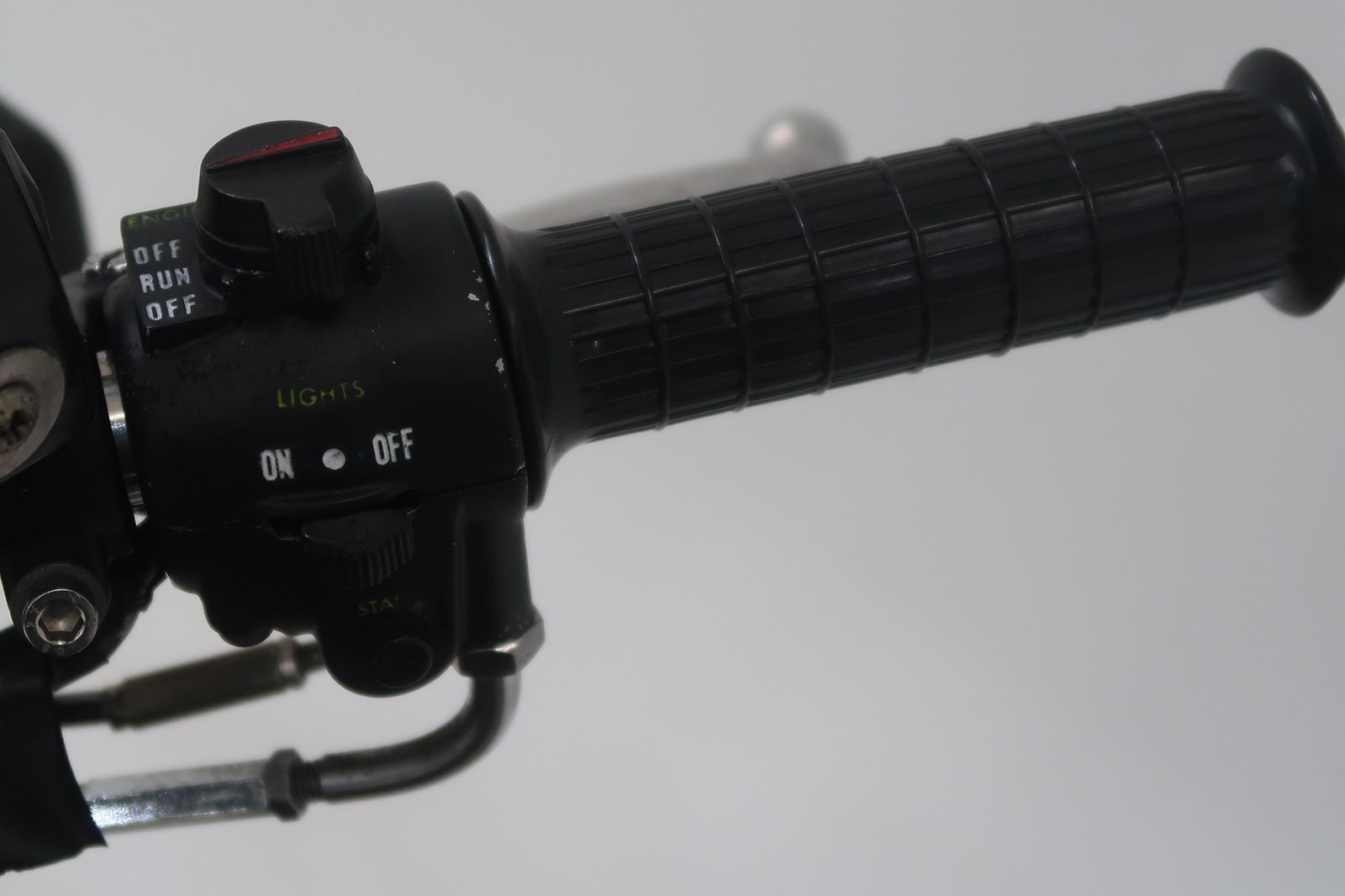 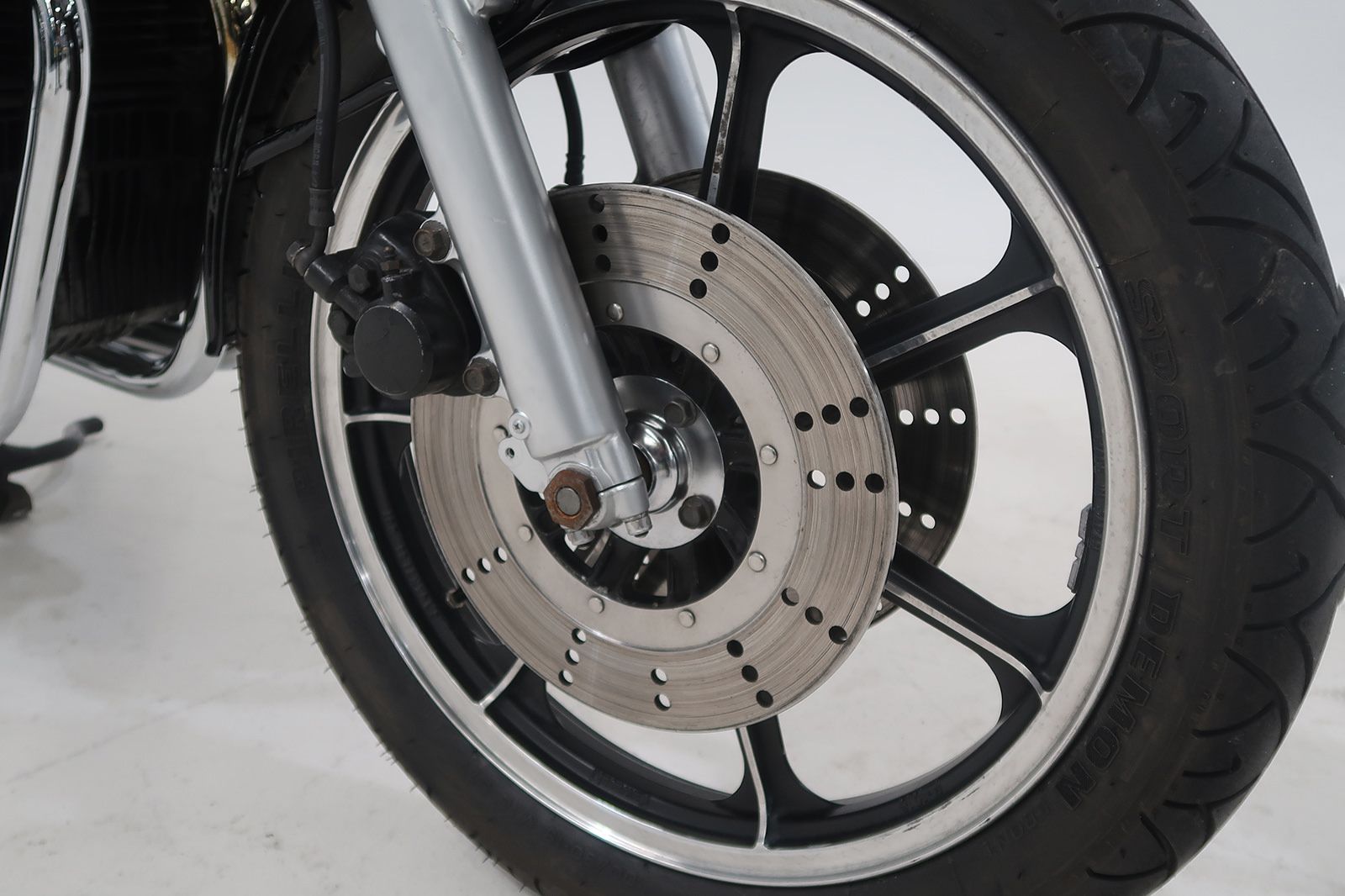 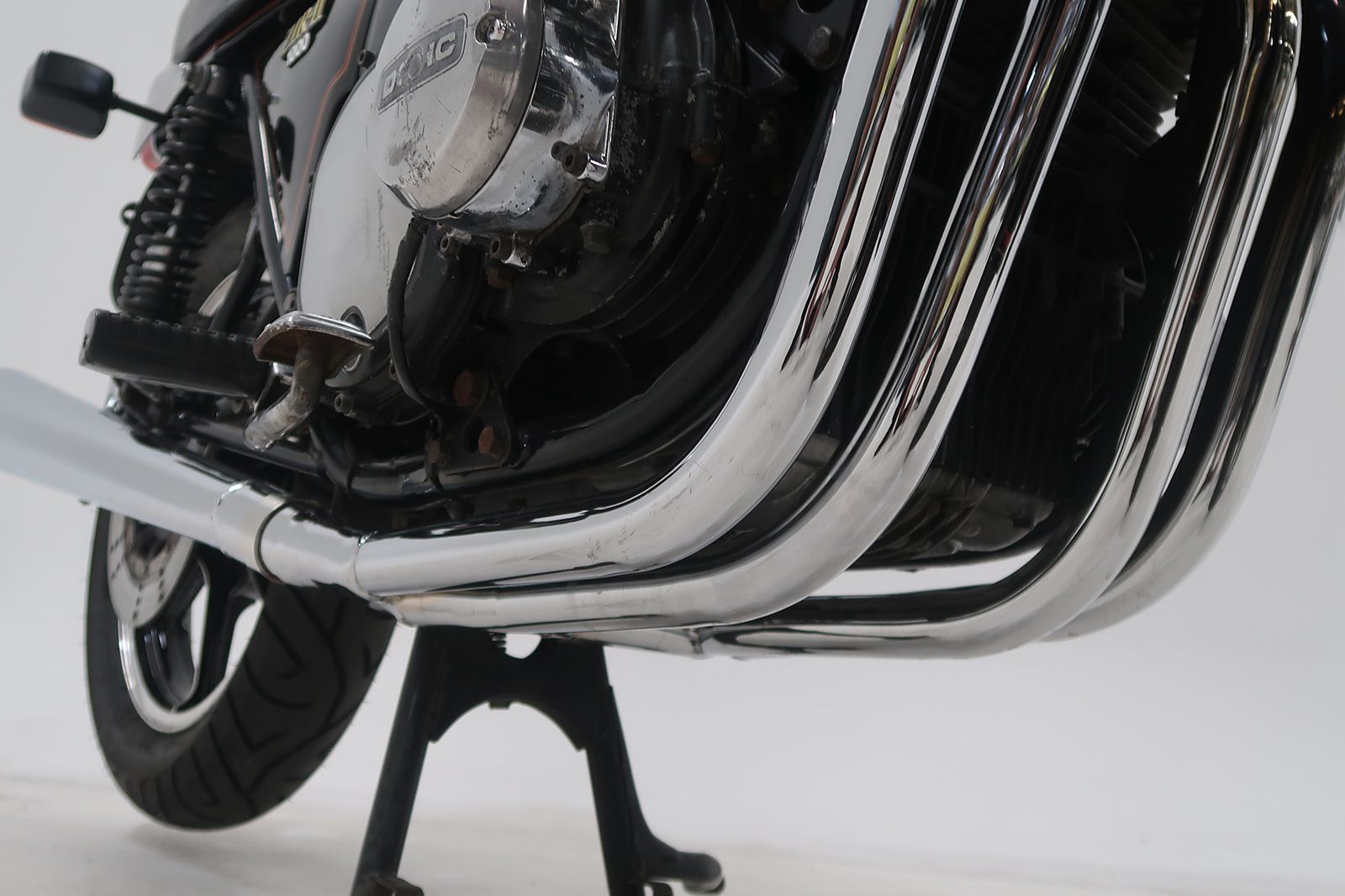 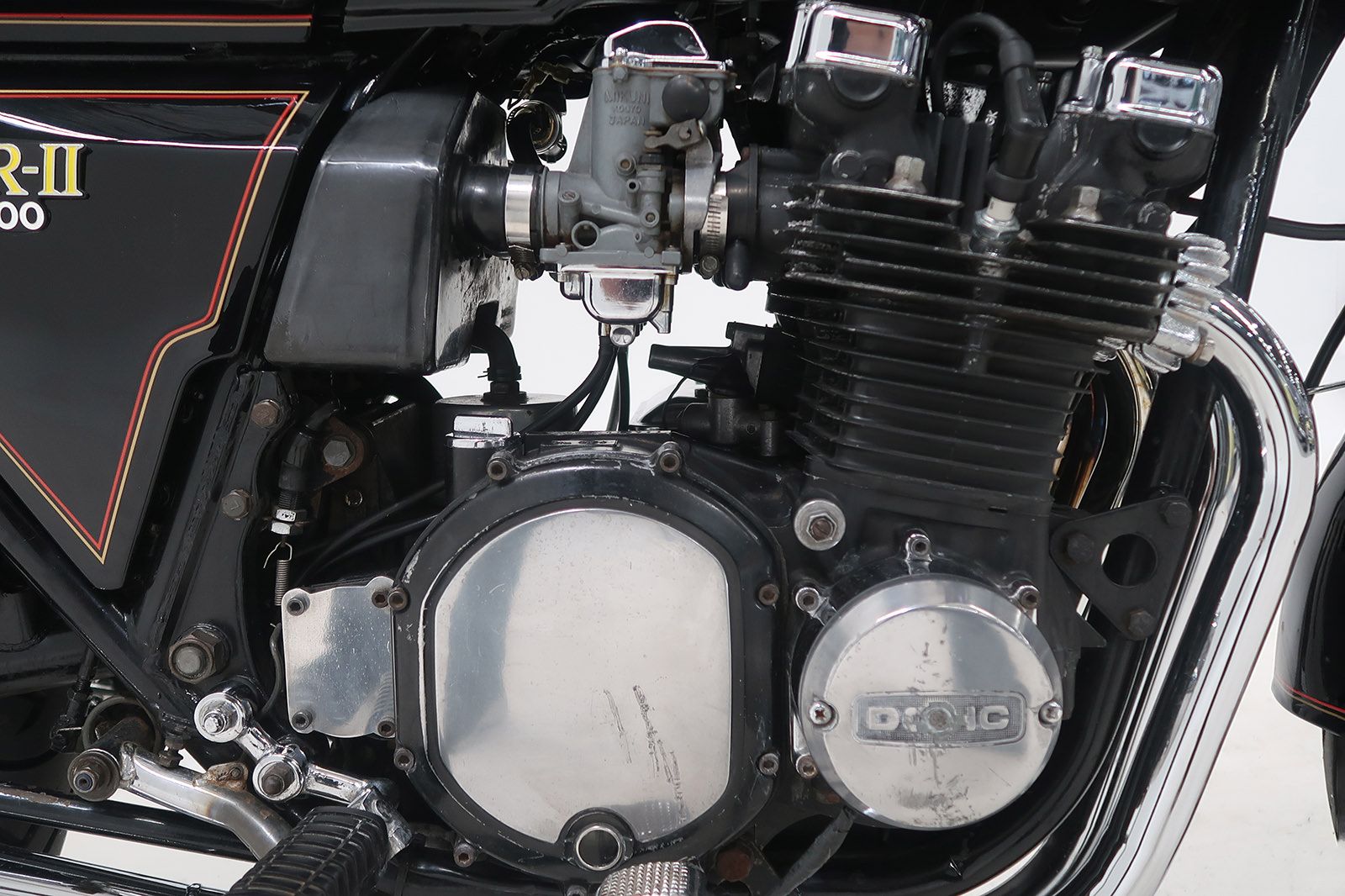 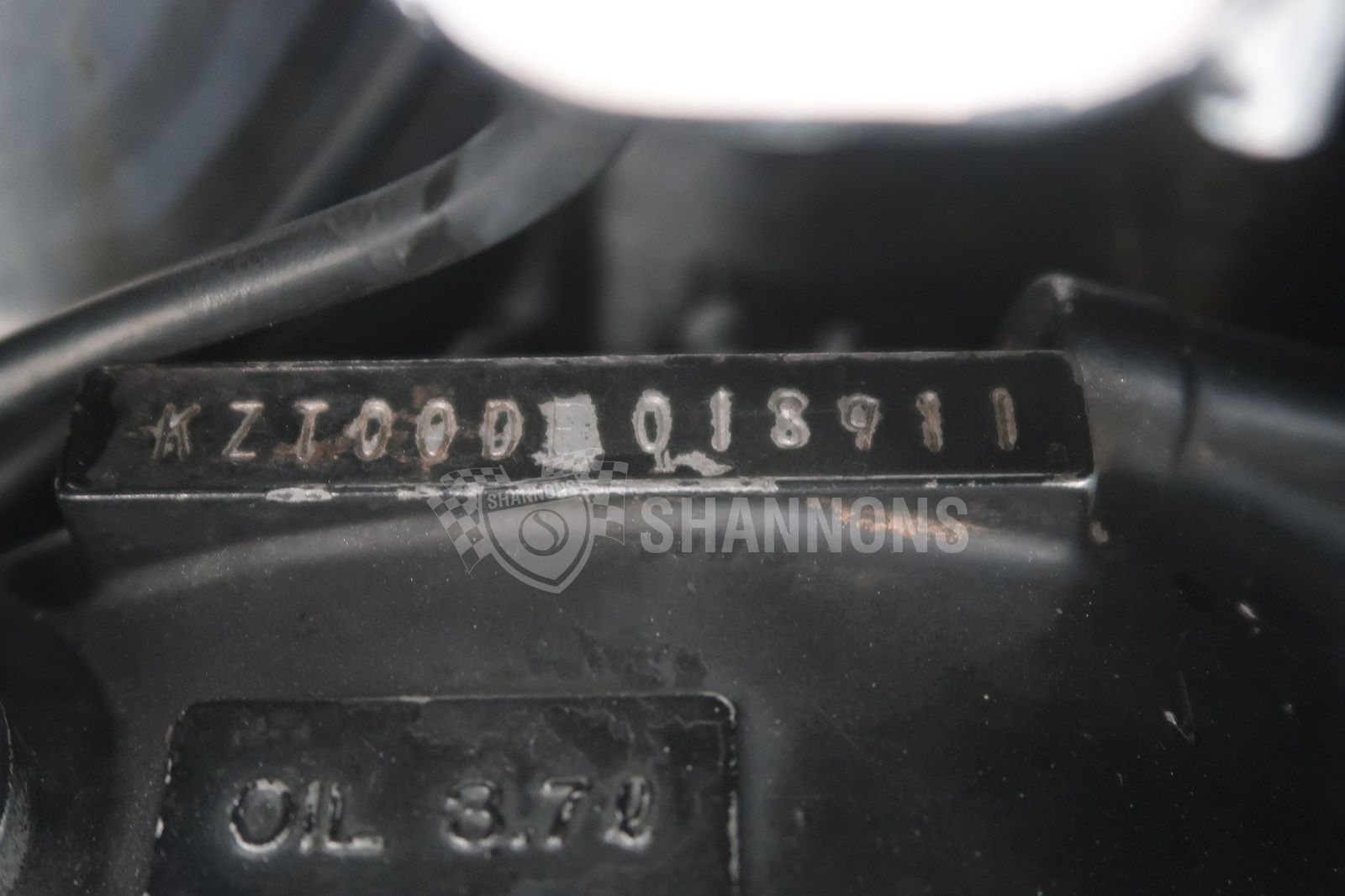 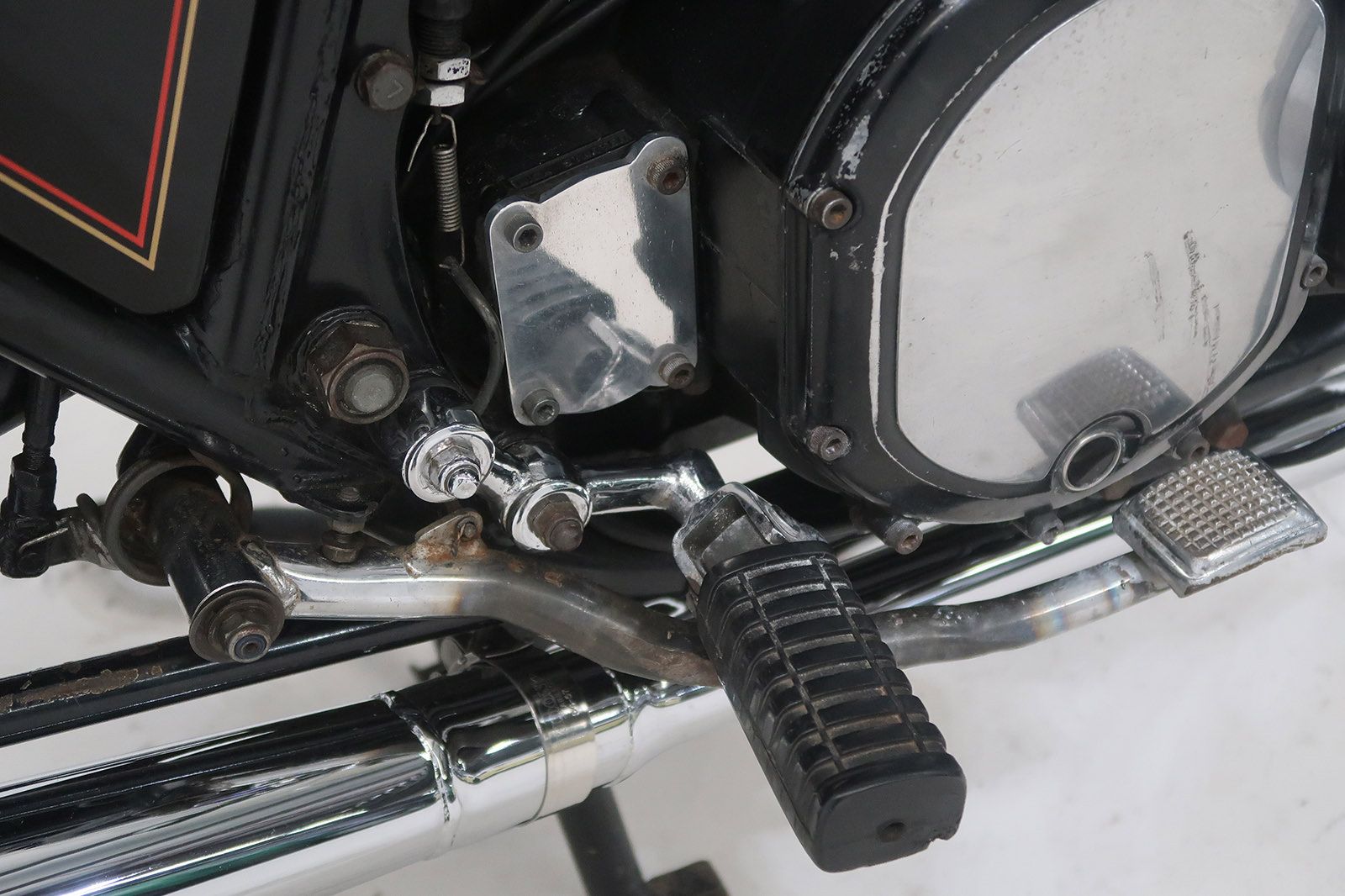 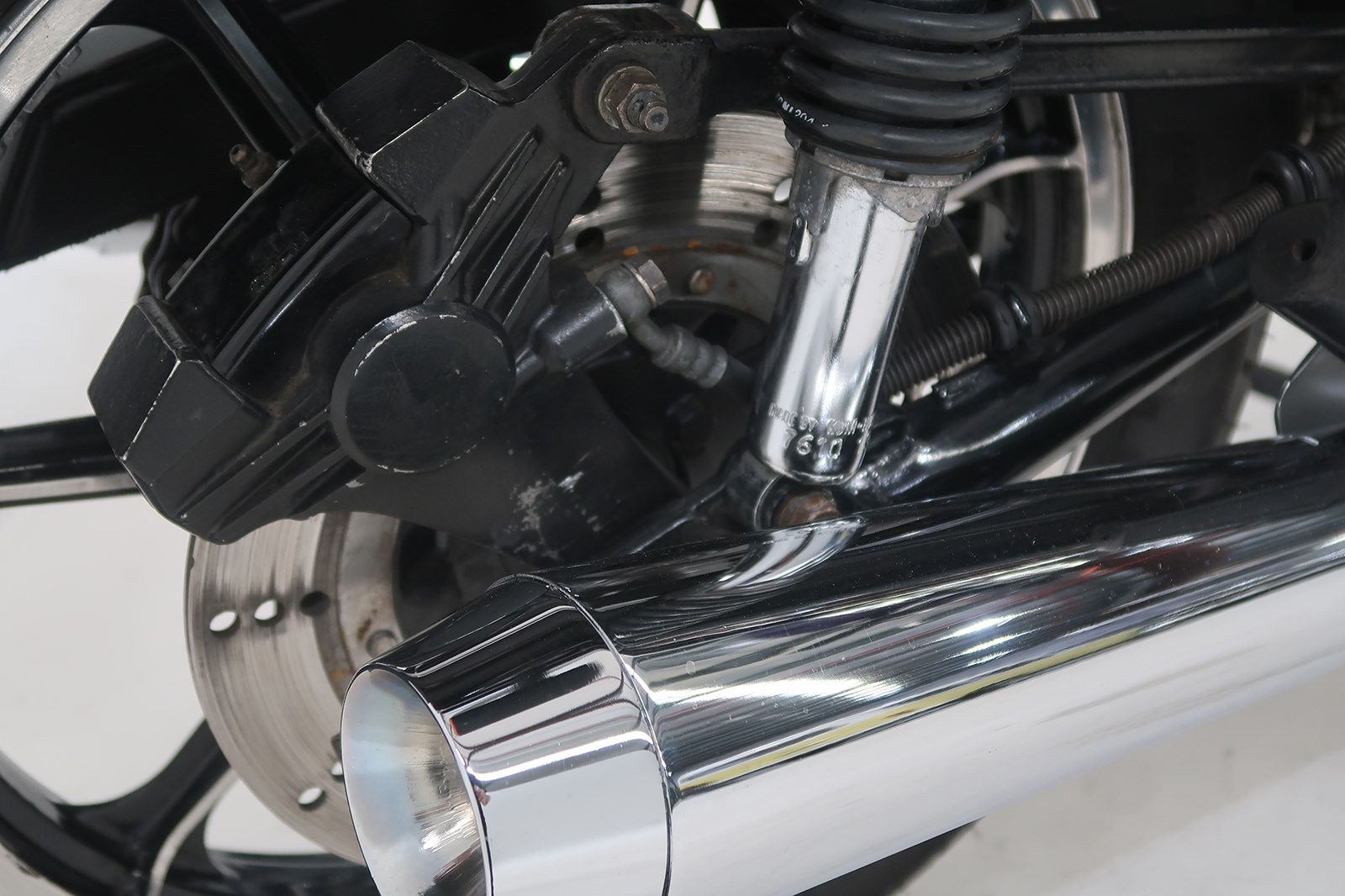 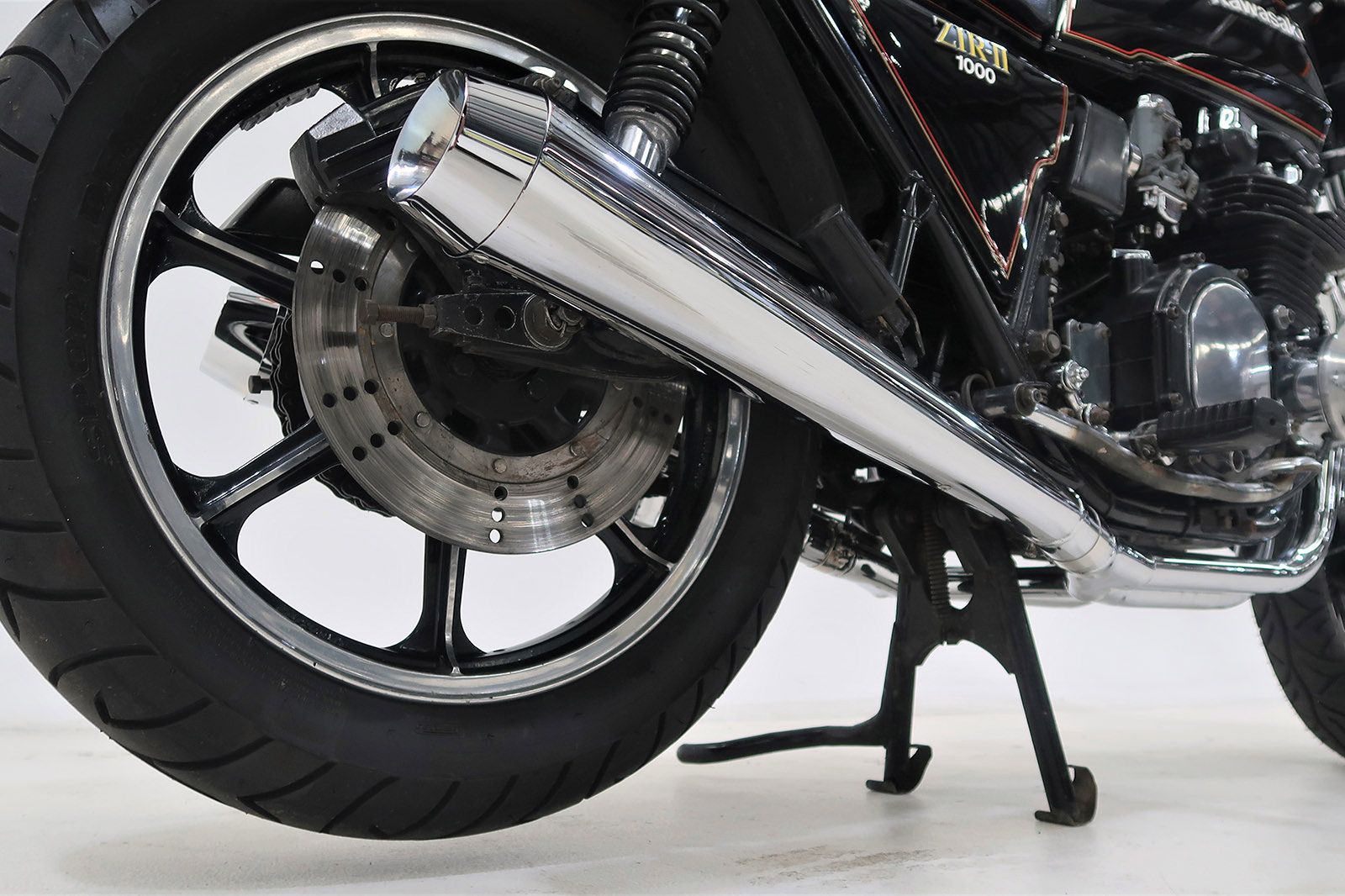 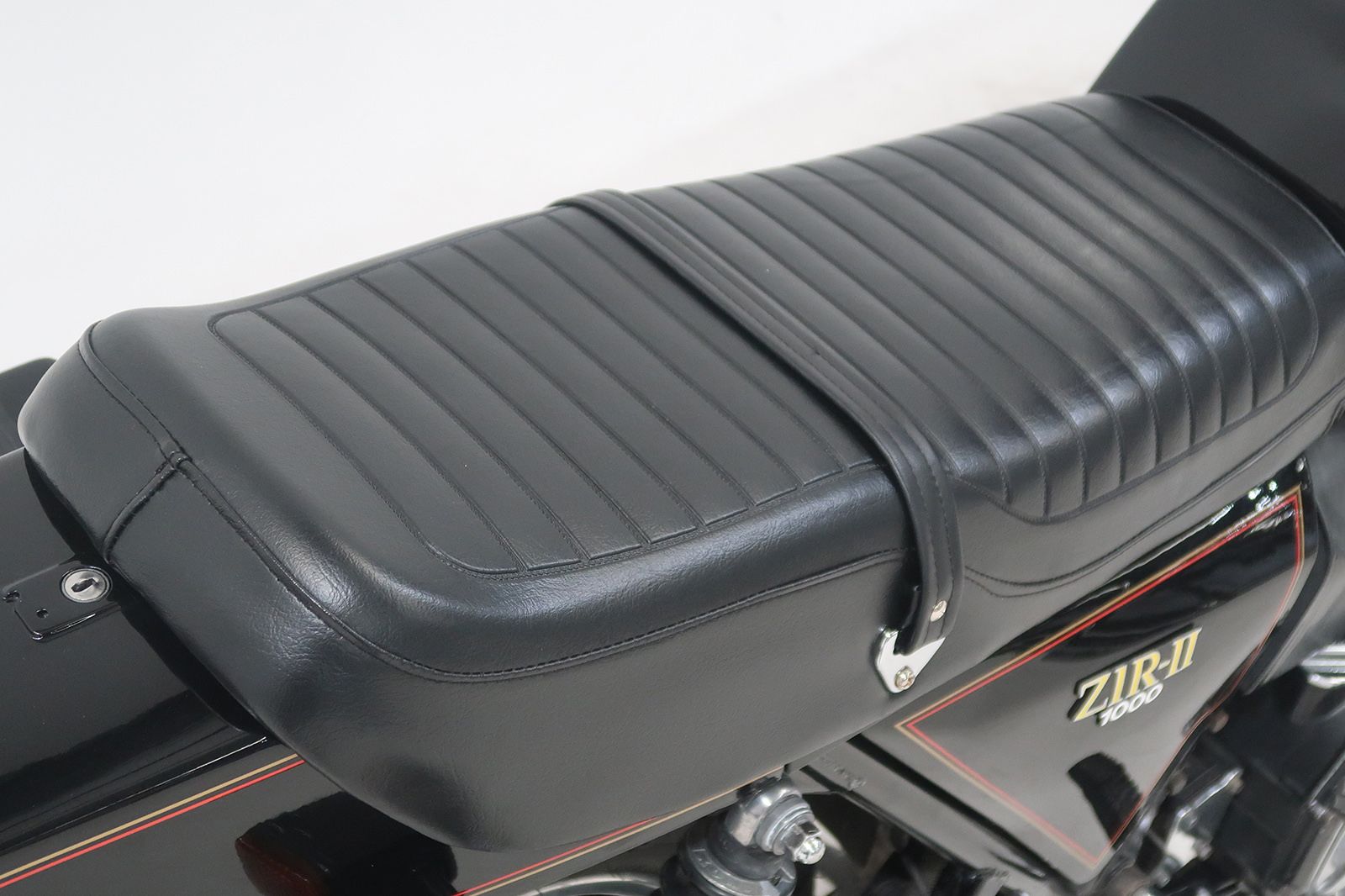 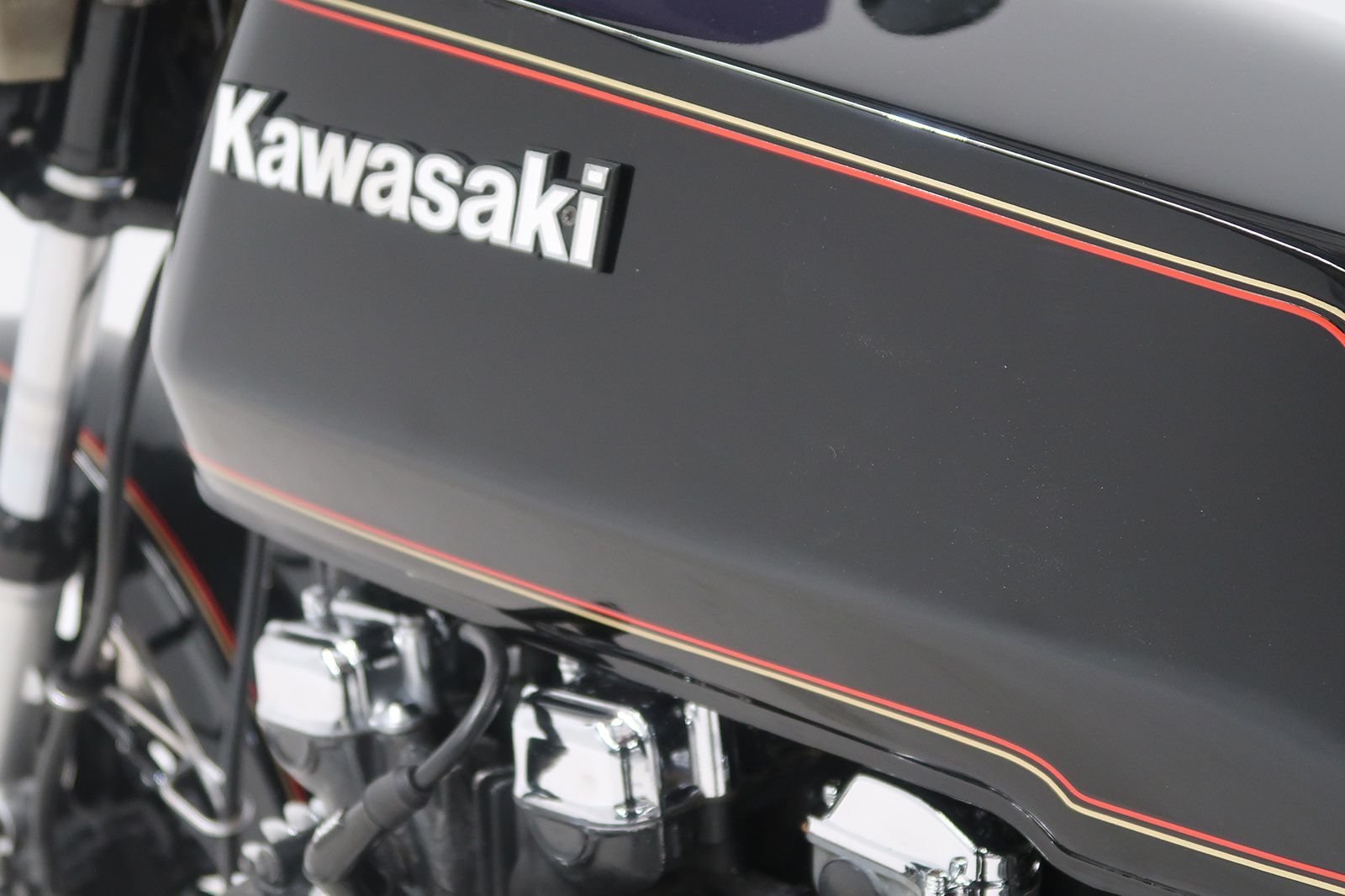 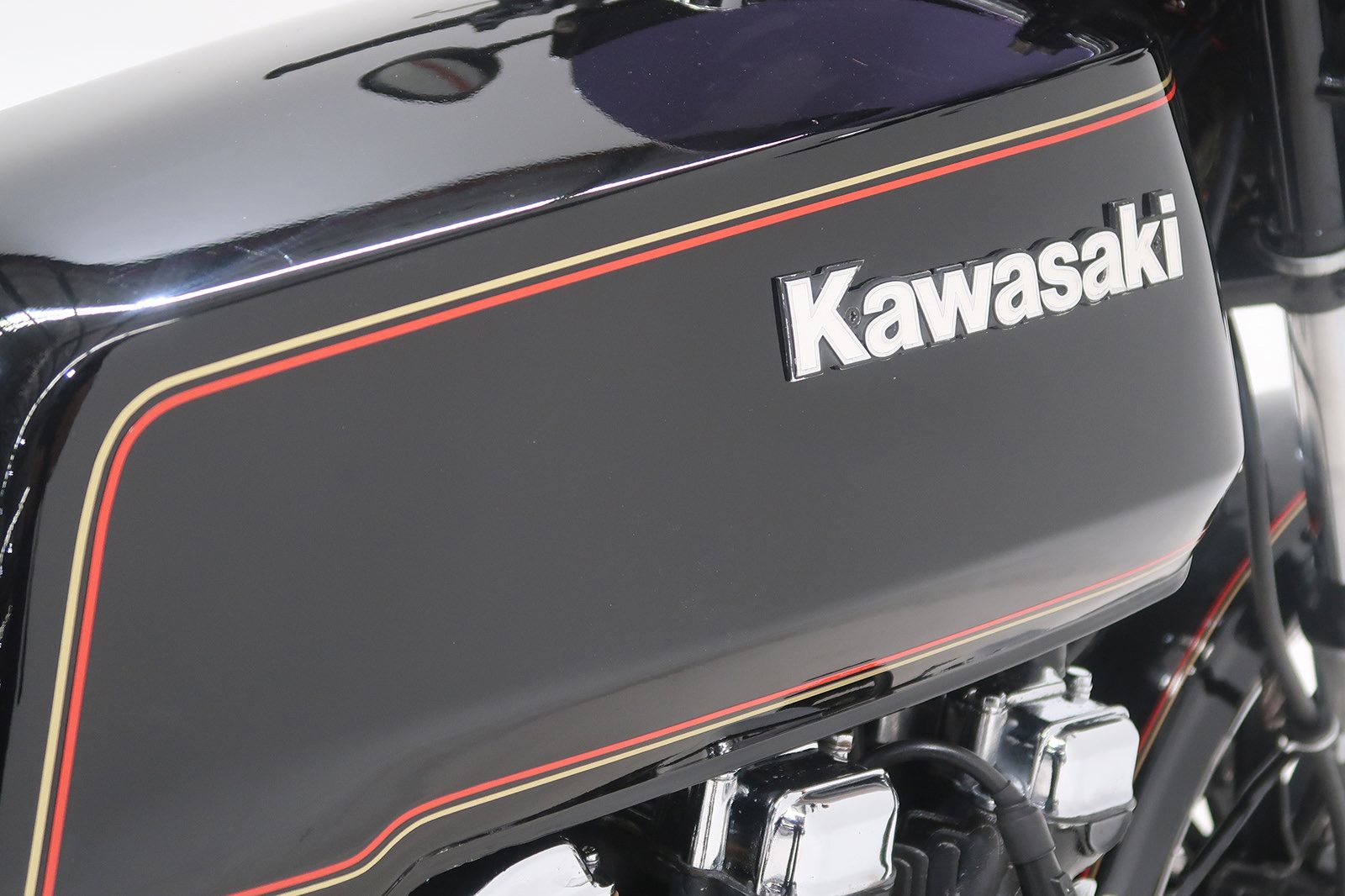 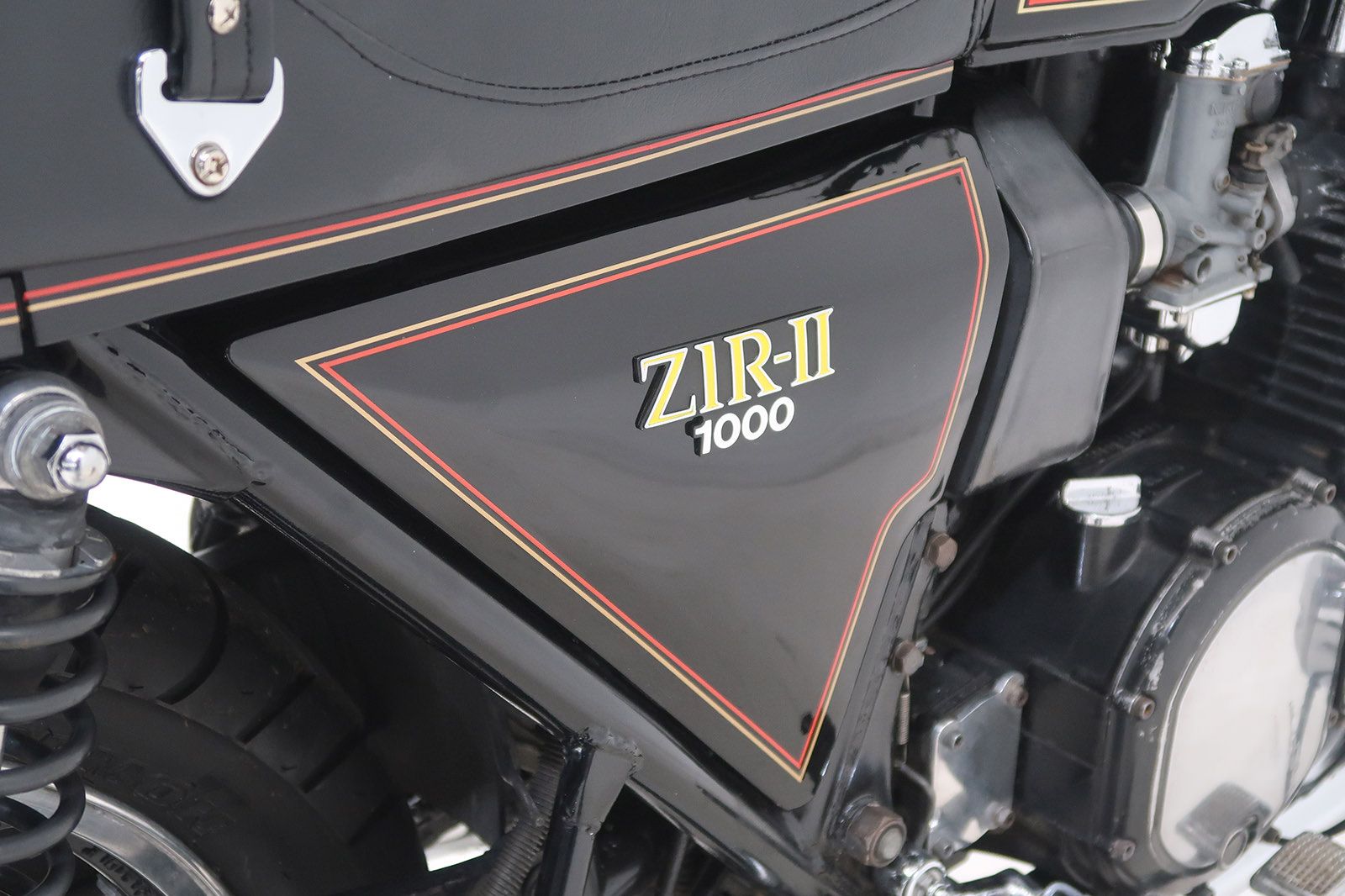 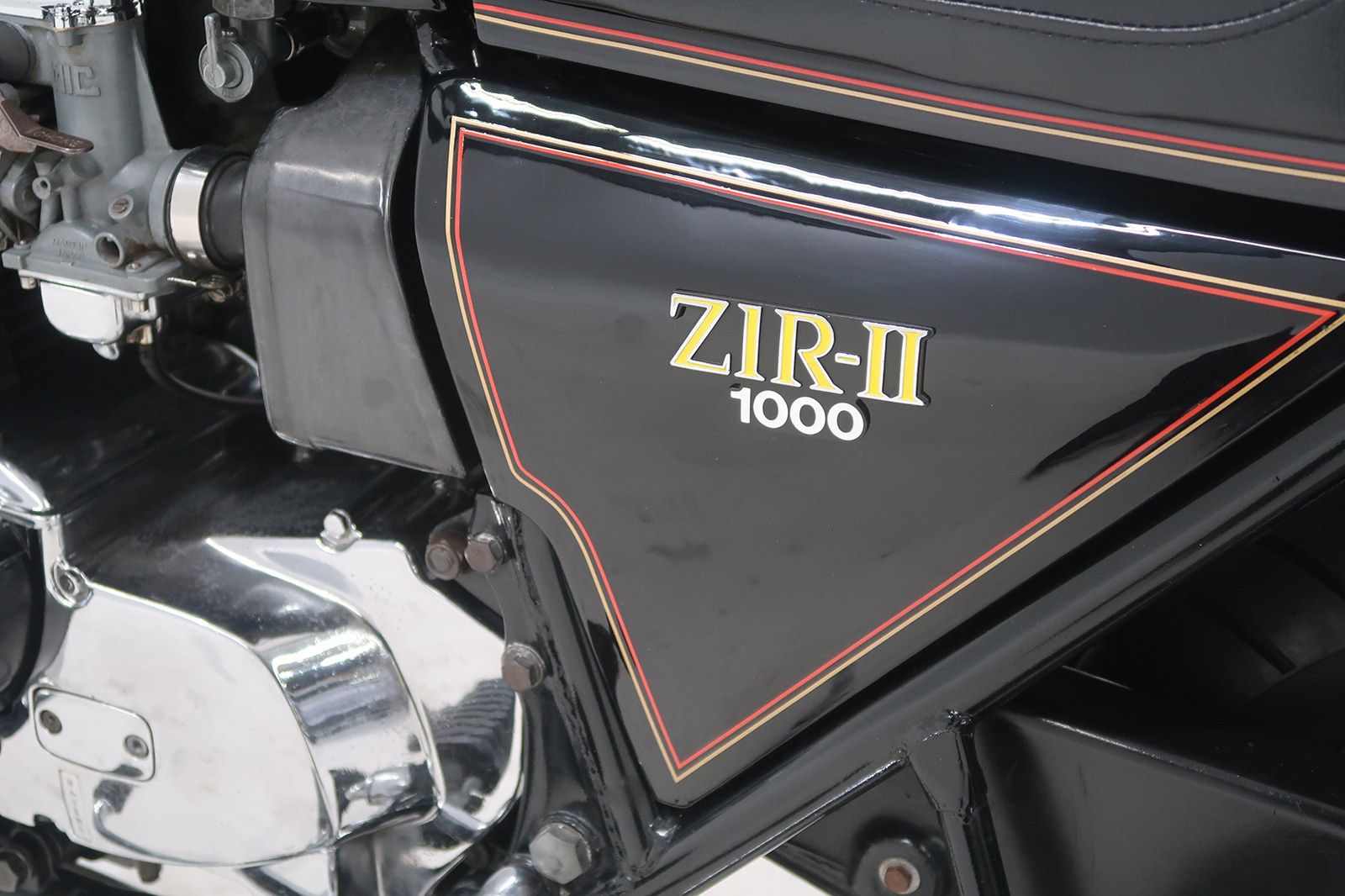