7448 people have viewed this lot

This lot is no longer available
If Alec Issigonis’ revolutionary Mini introduced the world to a new genre of small cars in 1959, it was John Cooper who created what was arguably the grandfather of today’s hot hatches. With front-wheel drive and Hydrolastic suspension, the Mini was endowed with handling that put it ahead of many established sports cars in period and was soon tearing up the racetracks as drivers put these abilities to good use. With so much potential for tuning, a high-performance derivative was inevitable, and it was Cooper’s garage that supplied the necessary ingredients to properly exploit the inherent abilities of the Mini’s chassis. Blessed with more power and better braking thanks to discs up front, the Mini Cooper embarked on a stellar motor sport career that culminated in outright victories in the Monte Carlo Rally in 1964, 1965 and 1967. The Cooper S, announced in September 1964, employed twin SU carburettors, two-inch big-end bearings, and a Nitride-hardened crankshaft to allow the motor to rev more freely. Minis were assembled in Australia at BMC’s facility at Zetland in Sydney, including the original 997 and 998 Coopers between 1962 and 1964, although the first ‘S’ variants (in both 970cc and 1071cc guises) to arrive here were all privately imported. BMC Australia launched a locally assembled Cooper S here from September 1965, with a 75 bhp engine and a number of features unique to our Antipodean version, including a laminated windscreen, twin fuel tanks and three-point seat belts, plus revised floor pressings to protect the Hydrolastic suspension on harsh Australian roads.  A facelifted Mark 2 model was introduced in the UK in October 1967, but local Minis continued without the new grille design and larger rear window, although wind-up windows were already part of the specification here. New interior trim and a full synchro gearbox were notable improvements over the earlier Mark 1. In total just 2419 Mark 2 Cooper S were assembled in Australia between 1969 and 1971, with surviving examples now regarded as highly desirable collector’s cars. 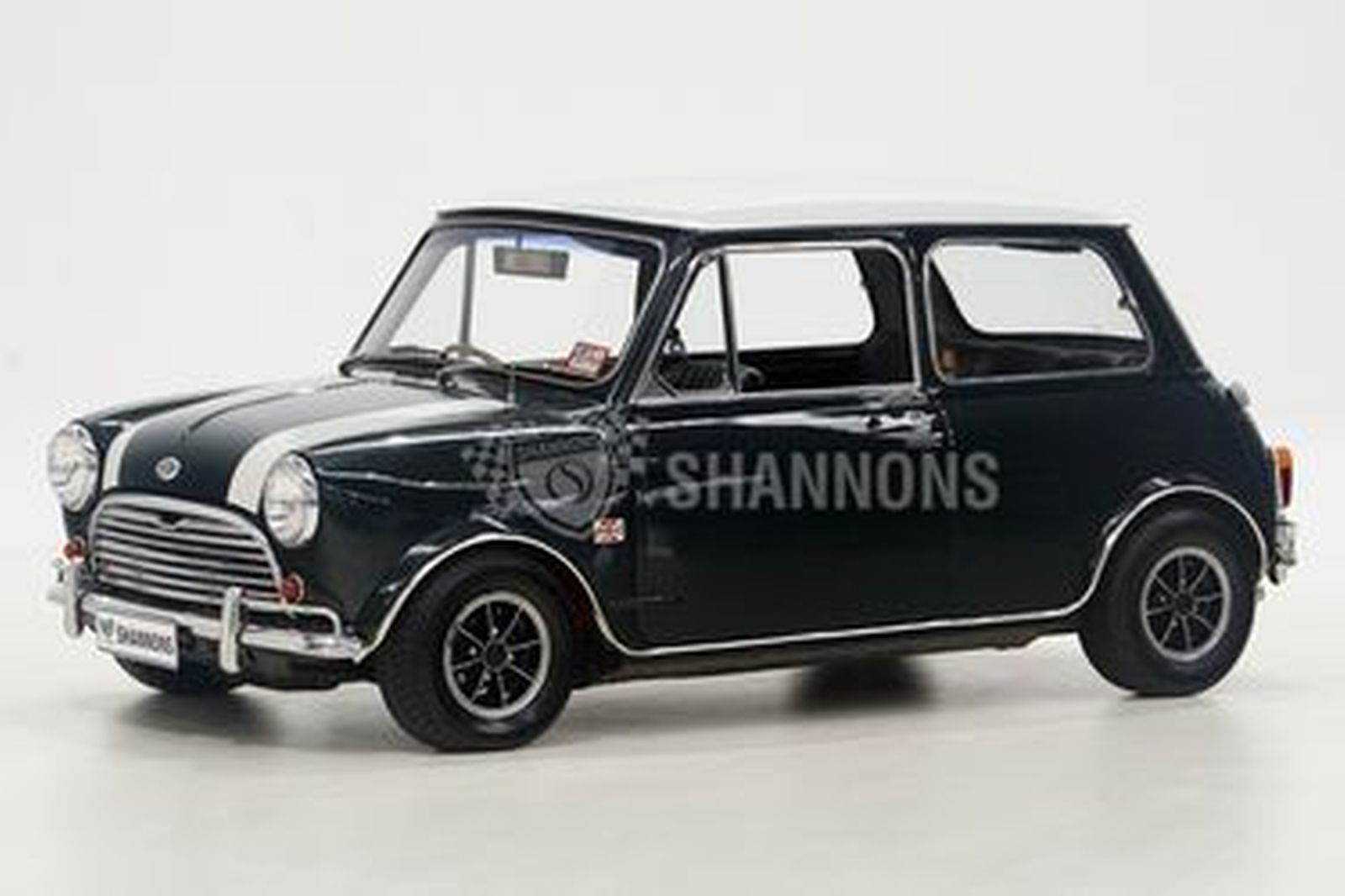