2334 people have viewed this lot

This lot is no longer available
Although Triumph’s origins date back to 1902, it wasn’t until the Thirties when, under new ownership and with talented designer Edward Turner on board, the company began building some very successful motorbikes, starting with the Tiger range of singles.  Turner’s classic Speed Twin elevated Triumph into the big league in 1937 and by the time it had been developed into the legendary Thunderbird in 1949, the company could boast the most powerful parallel twin production bike on the market.  Popularised by Marlon Brando’s appearance in the 1953 movie The Wild One, the Thunderbird set speed records at Montlhéry, the famous banked circuit near Paris, and bikes powered by the 650cc twin held the world speed record on the dry lakes at Bonneville between 1955 and 1970.  A smaller TR5 Trophy 500cc model, based on the Speed Twin and aimed primarily at the trials market, supplemented the Thunderbird from 1949, joined by the 650cc TR6 Trophy in 1956.  The Trophy evolved through the years, with unit construction and coil ignition introduced in 1963, 12-volt electrics in 1966 and twin leading shoe brakes in 1968, while the frame itself underwent a major redesign in 1970, with taller twin front down-tubes and improved front forks.  The standard TR6 was joined by the TR6C Trophy Special built at the behest of the American distributor Johnson Motors, with high pipes and folding footpegs – popular with off road racers, it earned the nickname ‘Desert Sled’.  The Trophy also a favourite of Steve McQueen, who raced them extensively and, rebadged as pre-war BMWs, TR6s also starred in his classic movie The Great Escape. 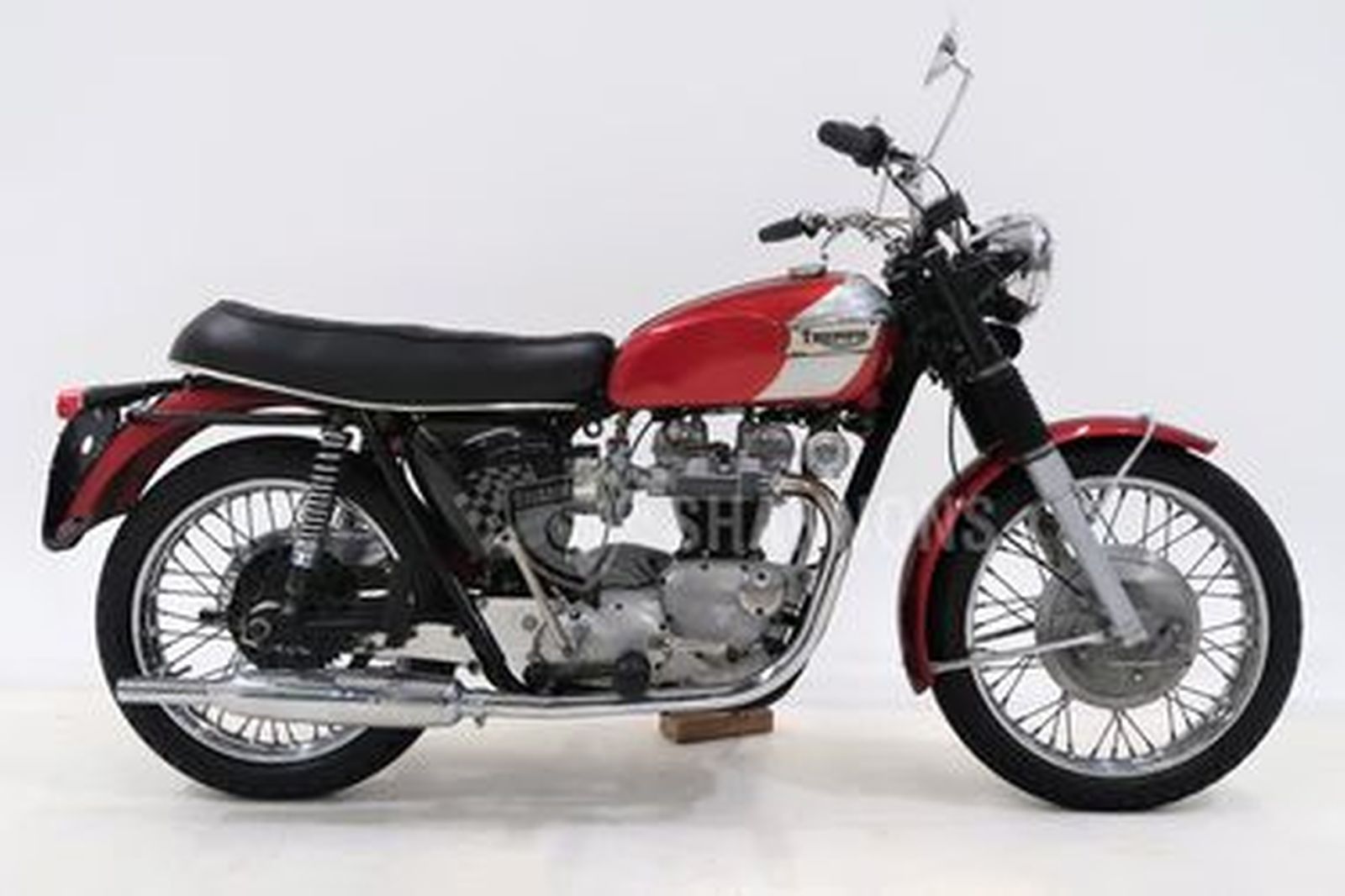 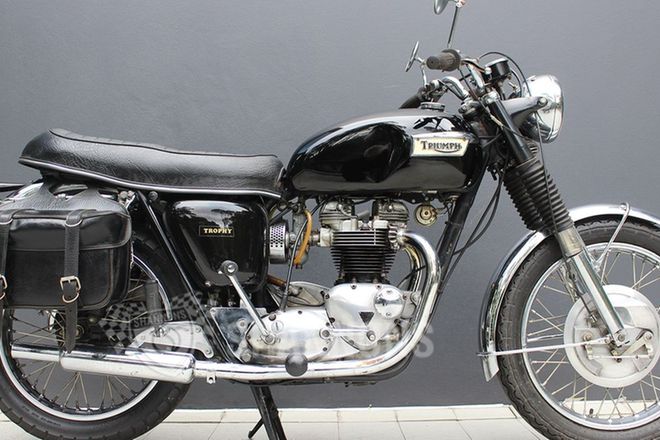