2865 people have viewed this lot

This lot is no longer available
A pioneering industrialist, Shozo Kawasaki’s company was founded in Tokyo and manufactured everything from locomotives to steel components before diversifying into aircraft in 1937 and then, from the end of the Second World War, motorcycle engines.  Kawasaki merged with Japan’s oldest motorcycle manufacturer, Meguro Works, in 1960 and the revitalized company’s two-strokes proved remarkably popular for the next decade, the model line-up expanding rapidly to cover a wide range of engine displacements.  This culminated in the legendary H1, a 500cc brute that, for a time, enjoyed the best power-to-weight ratio of any production motorcycle on the market.  Also known as the Mach III, the H1’s advanced in-line triple featured piston port induction and Injectolube lubrication, plus innovations like pointless electronic ignition.  The H1 developed an impressive 60 horsepower at 8000 rpm, more than the original double cradle frame was capable of handling but the sensational speed and fabulous looks helped cement the bike’s reputation as a street fighter capable of beating Japan – and Europe’s – best.  The H1’s success, particularly in the vital North American market, saw Kawasaki develop a new model range for 1972, expanded to include the S1 250, S2 350 and H2 750 variants.  Dubbed the Mach IV, the new 750cc had a bore and stroke of 71mm x 63mm, 7:1 compression and three Mikuni VM30SC carburettors, for an impressive power output of 74 bhp at 6800 rpm.  A stronger five-speed gearbox and clutch were needed, along with a new CDI ignition system, while the H1’s general frame design was suitably beefed up, with larger diameter main tubes and additional bracing.  The H2 also benefited from a single 296mm front disc brake.  Kawasaki tamed the ‘widow maker’ somewhat with the H2A of 1973 and H2B that followed in 1974, revising the styling with a new fuel tank and tailpiece design.  Thanks to the Oil Crisis, the H2C from 1975 would be the final big two-stroke Kawasaki and was arguably the easiest to master.  Regarded as one of the all-time Japanese ‘70s classics today, good examples of the H1/H2 series are becoming increasingly collectible. 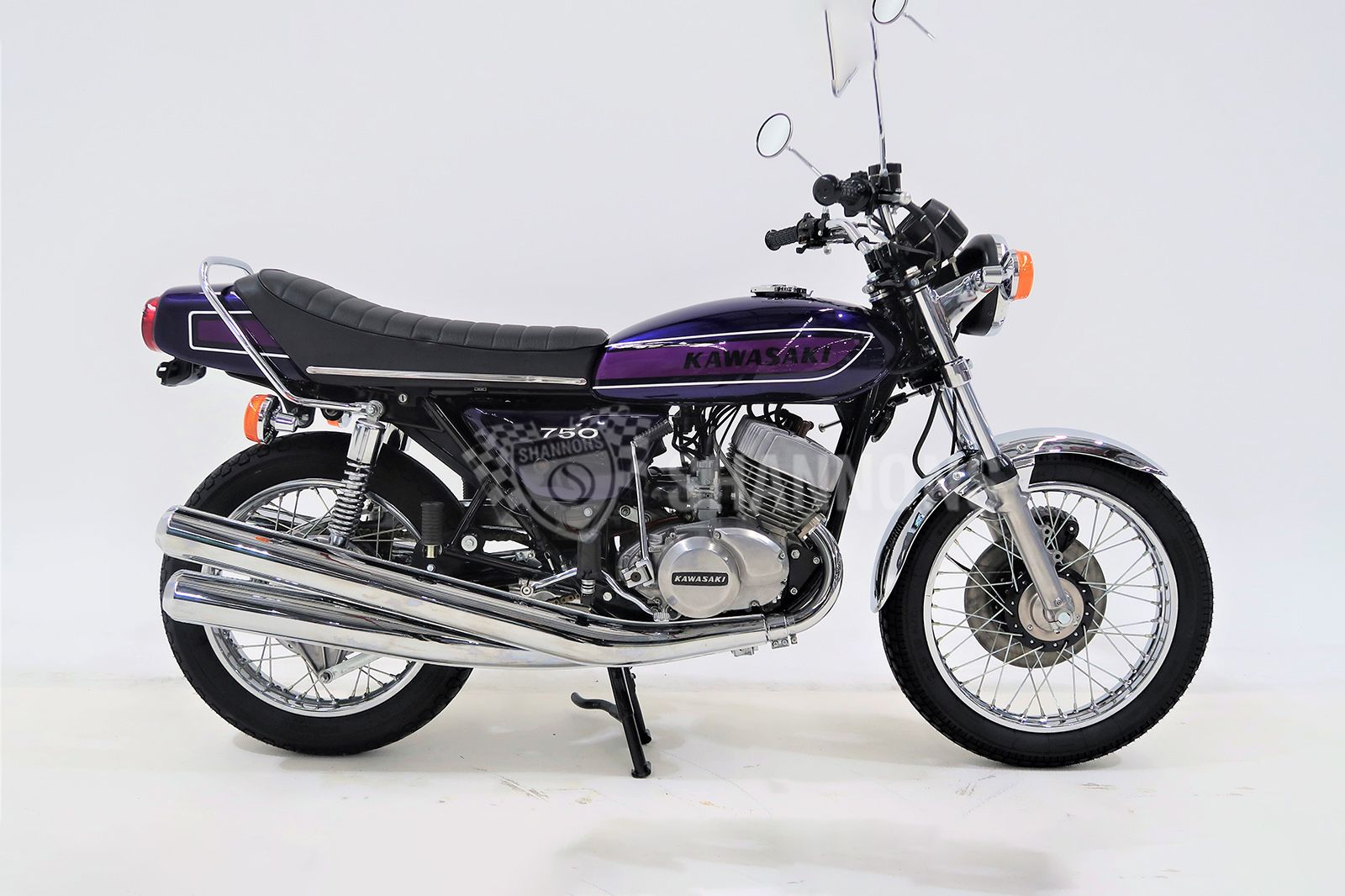 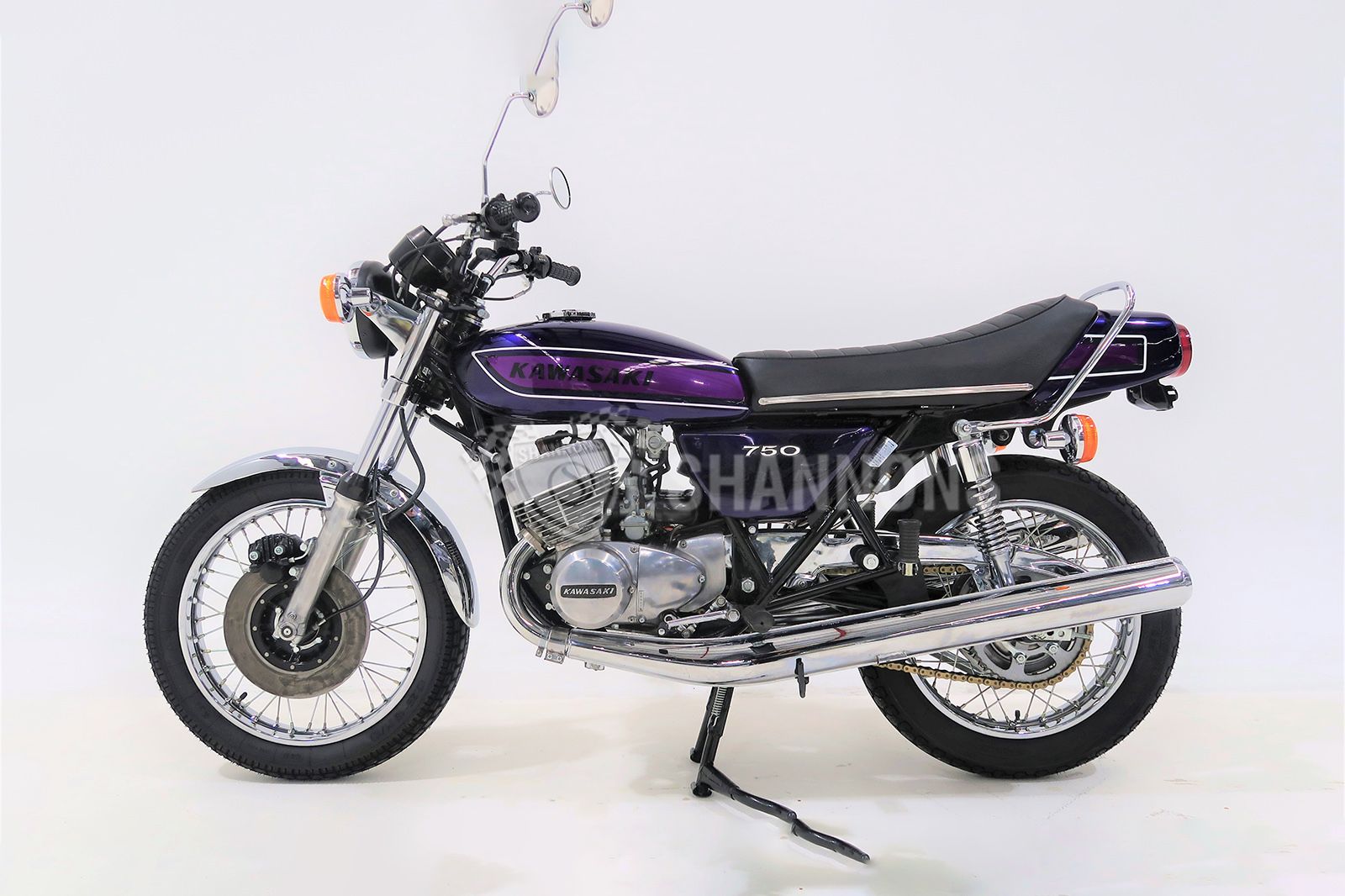 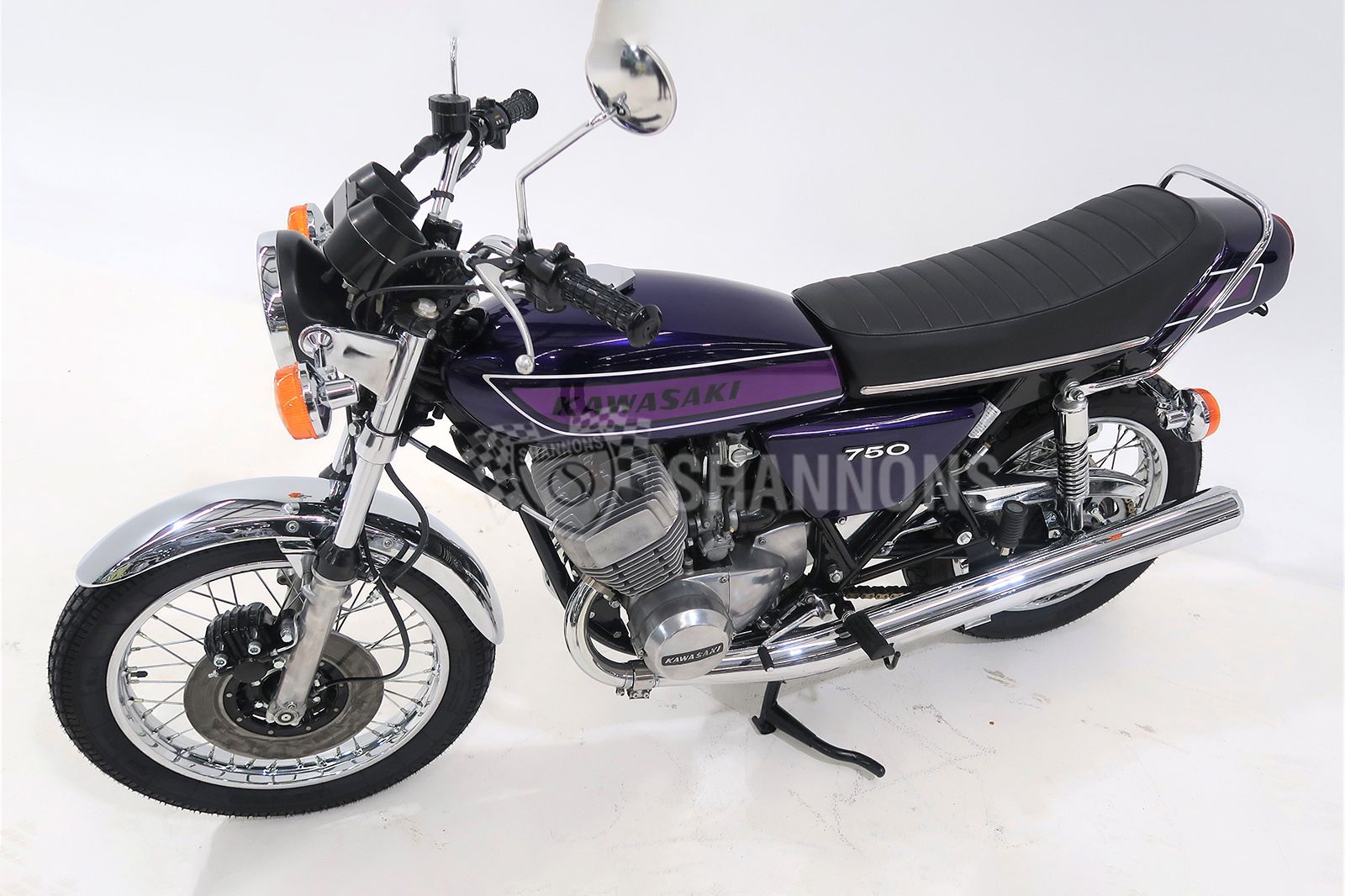 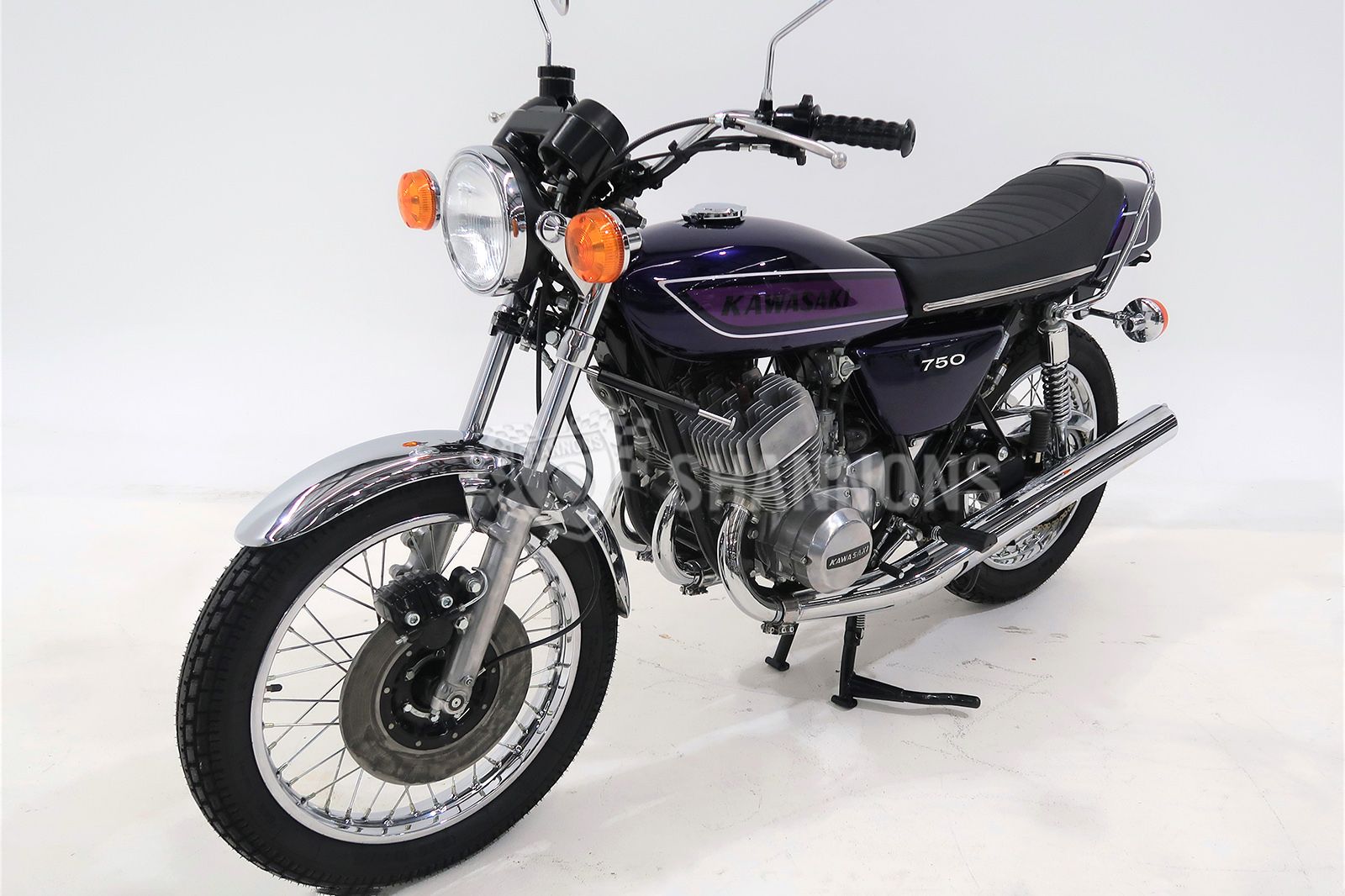 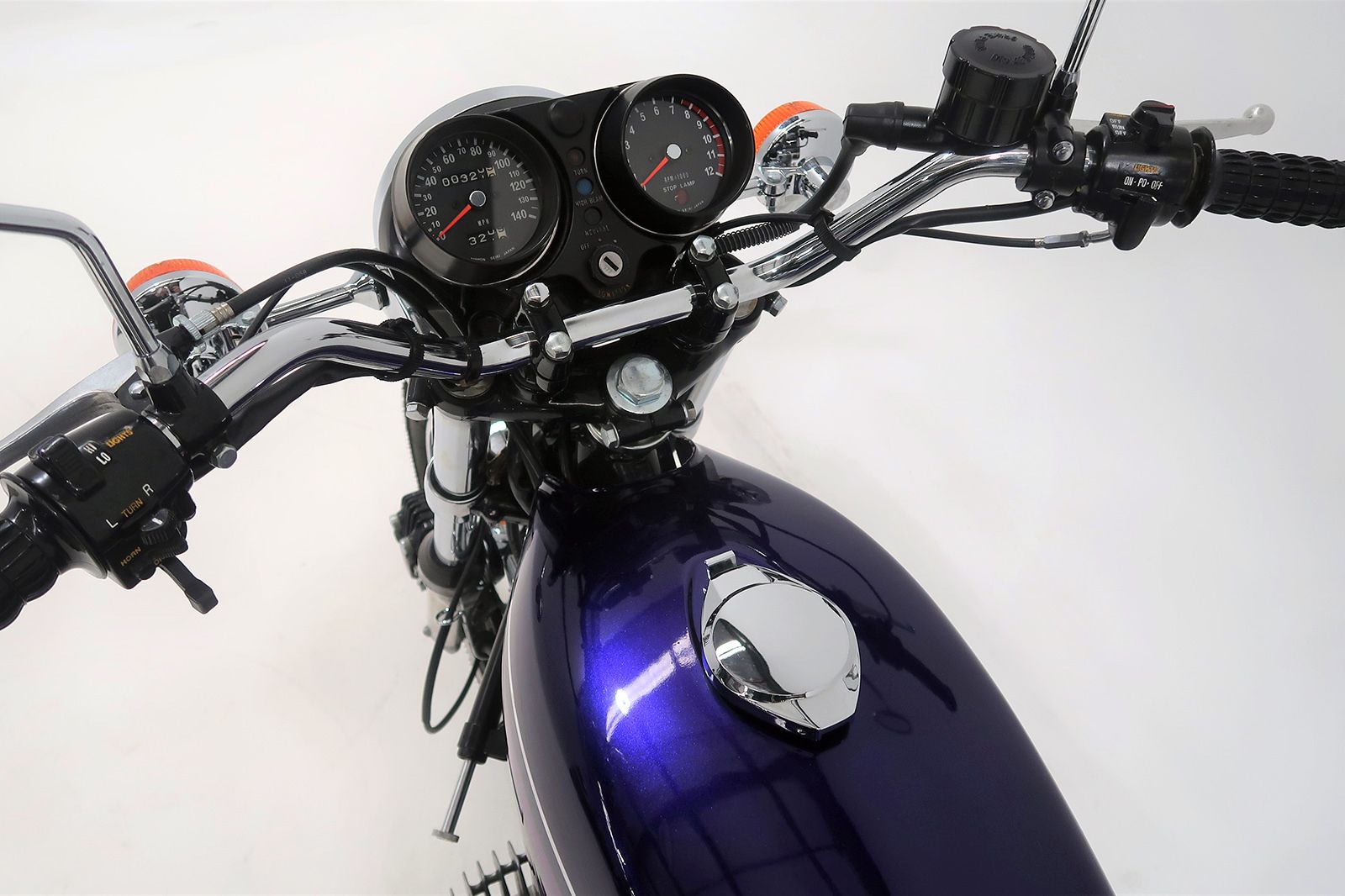 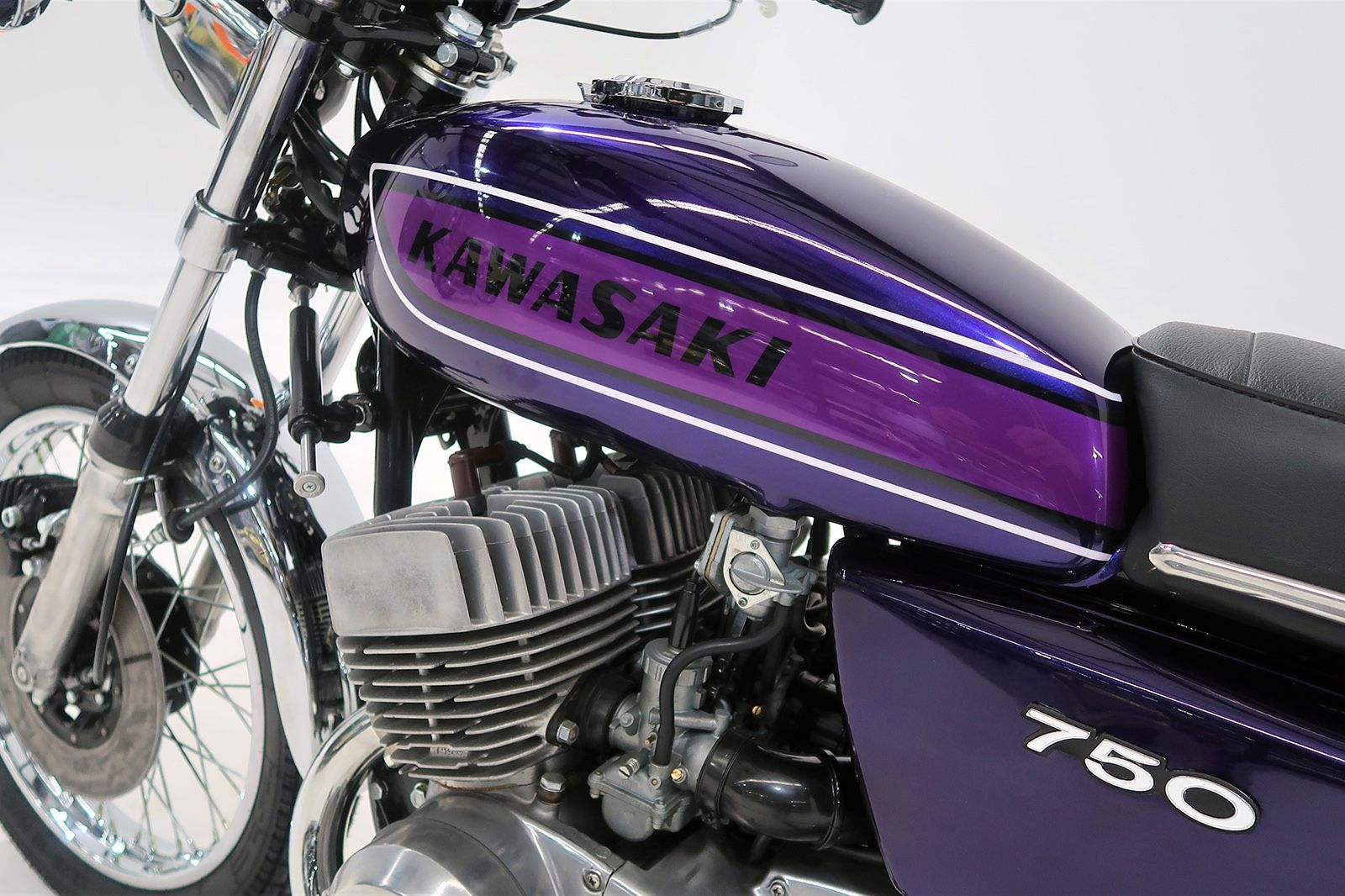 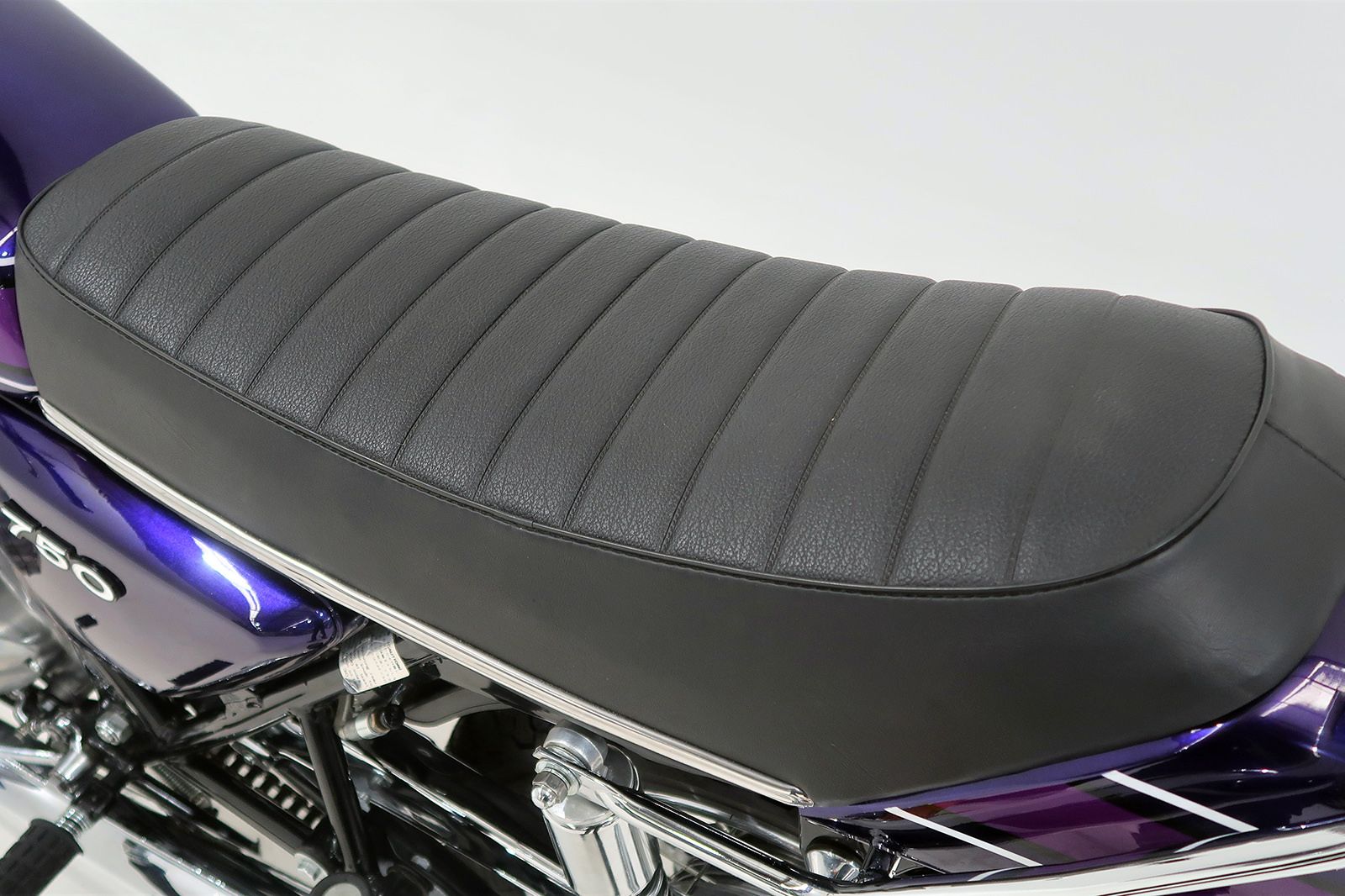 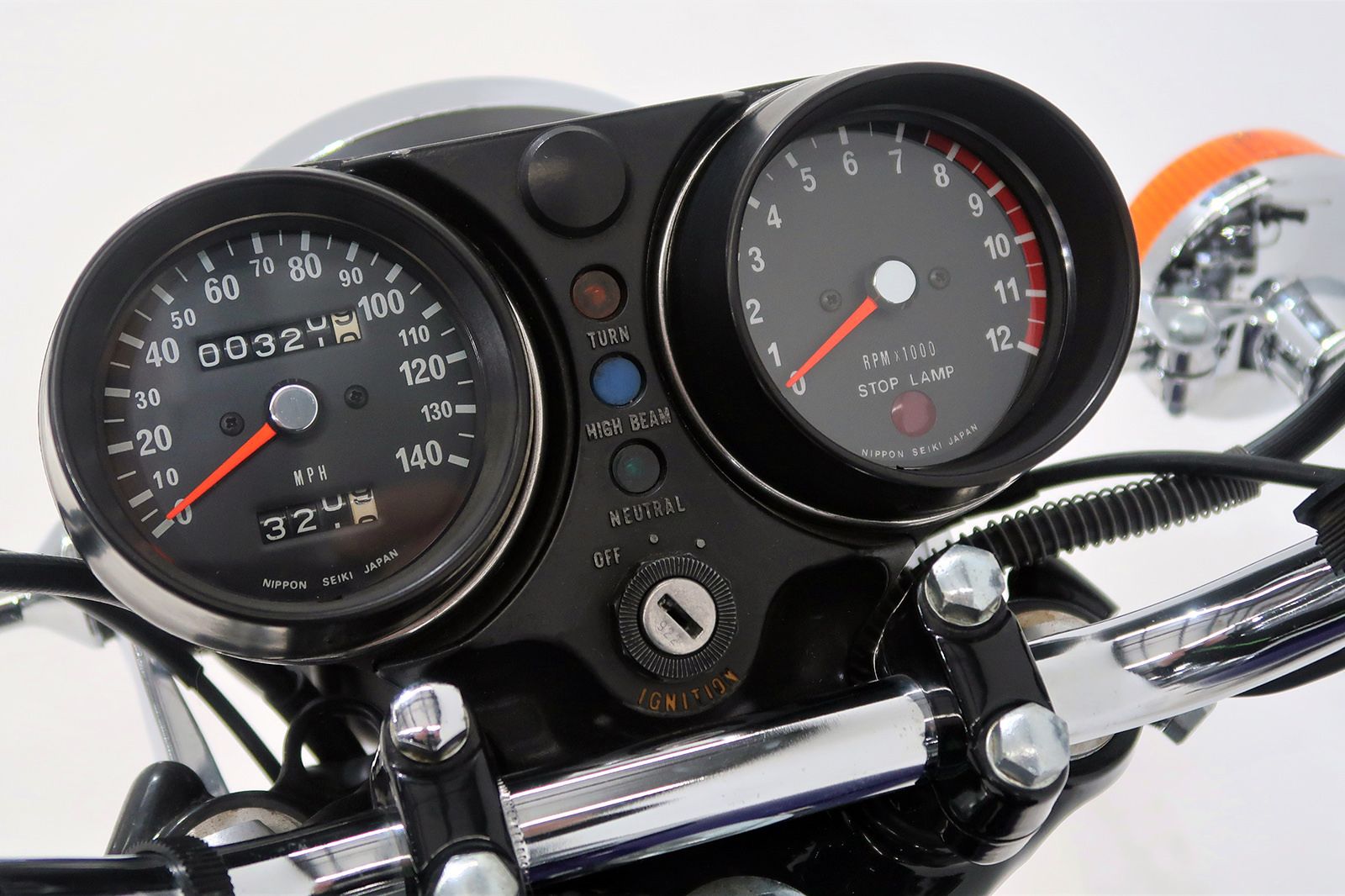 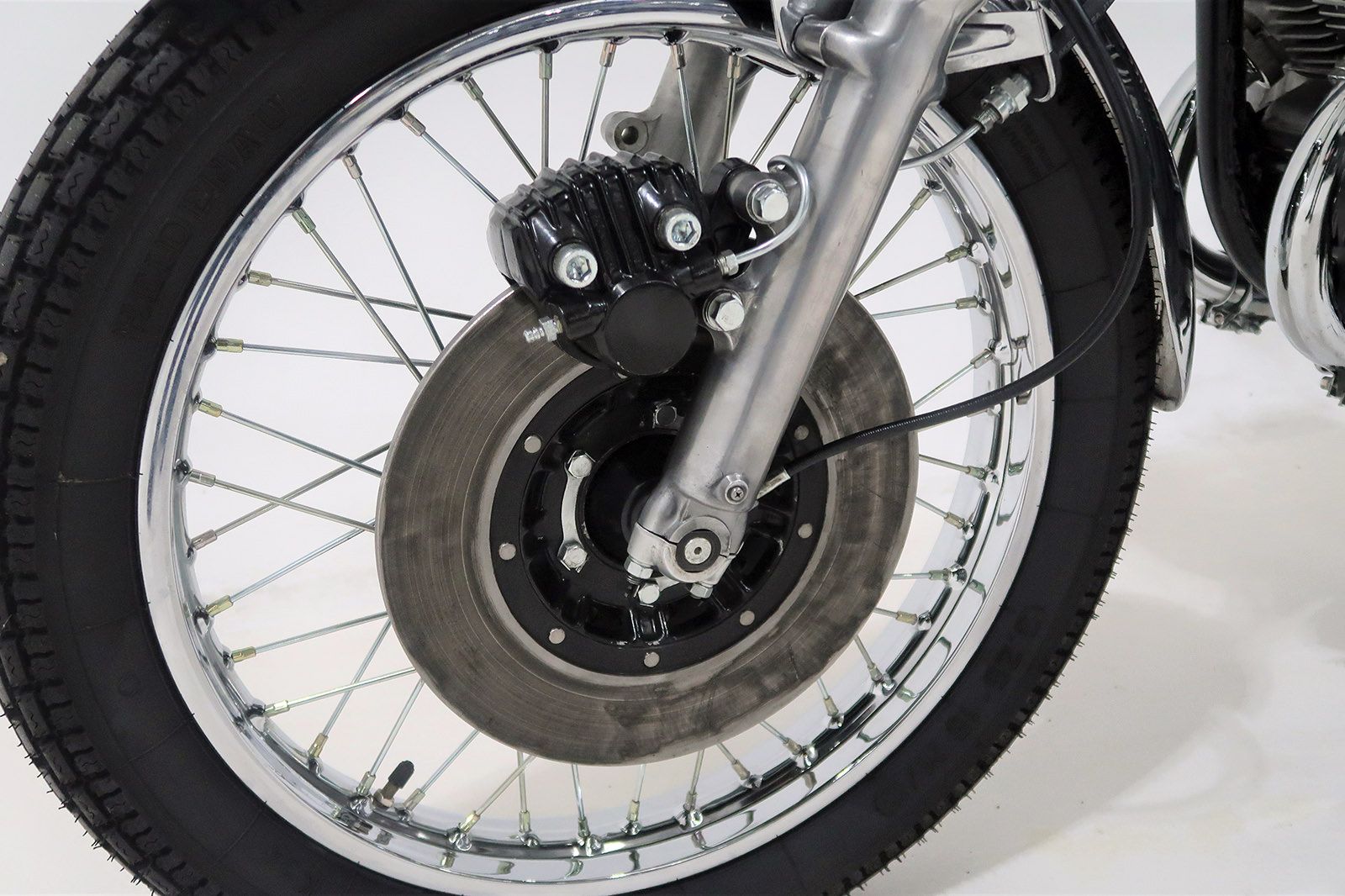 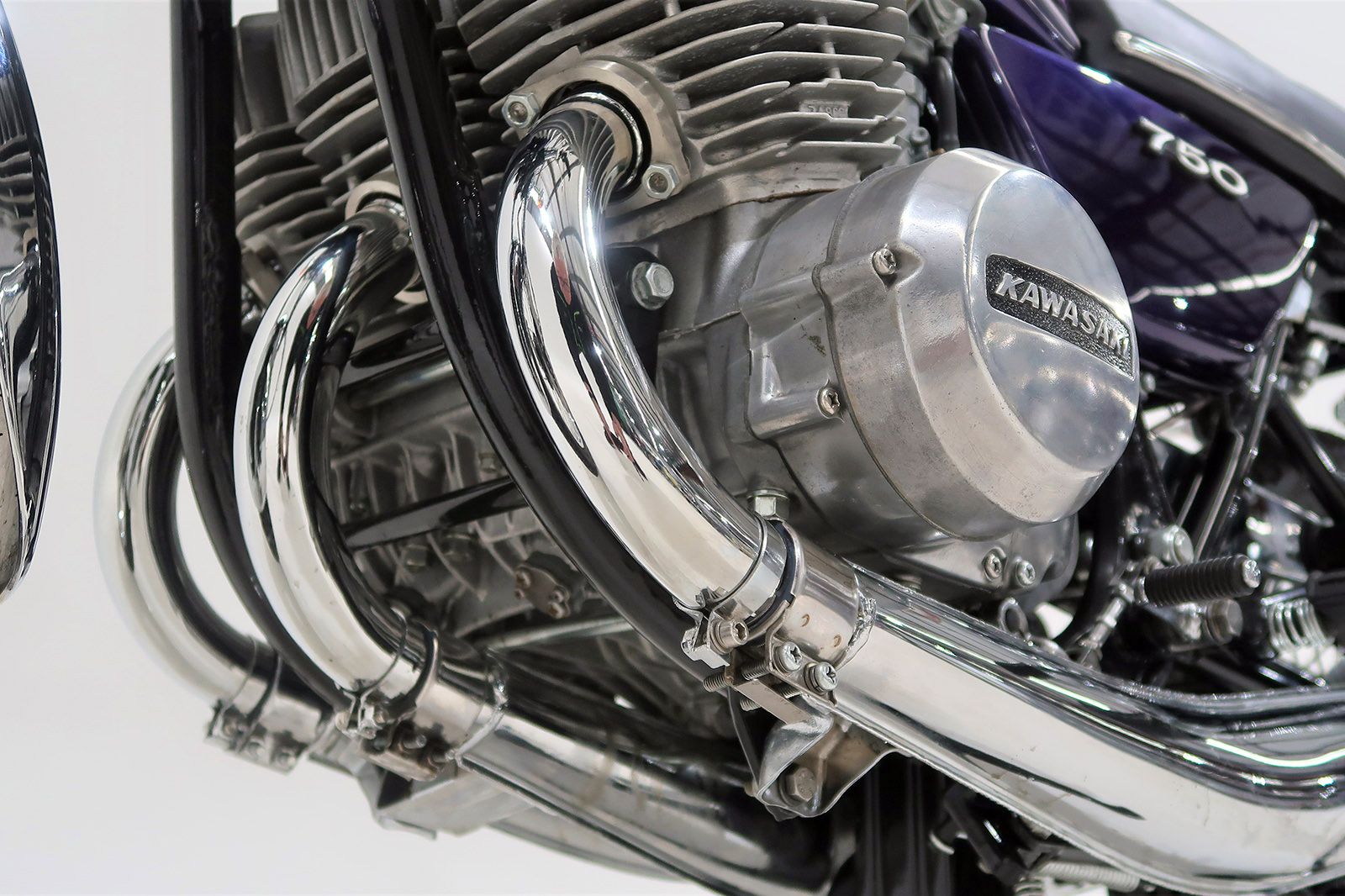 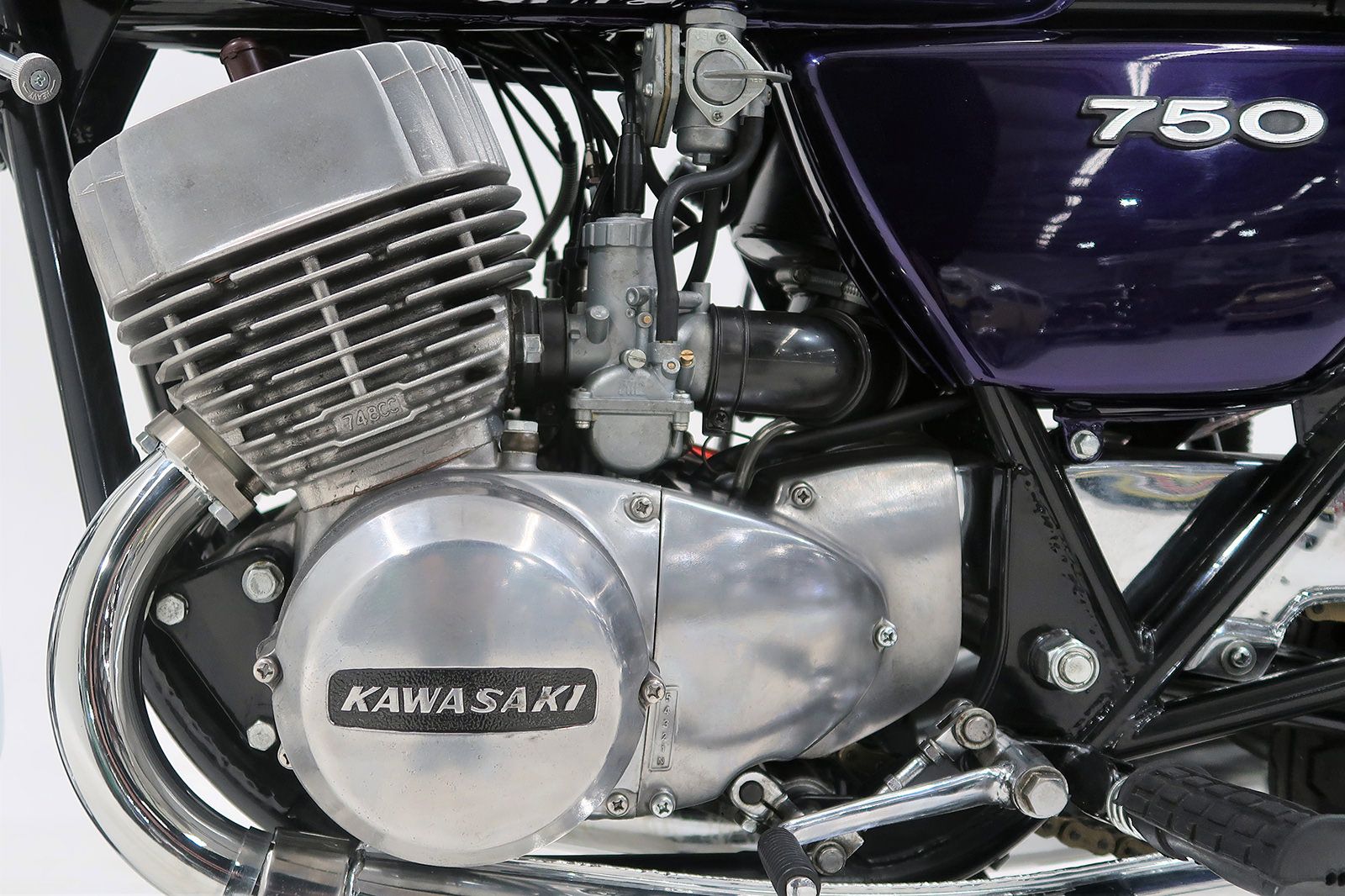 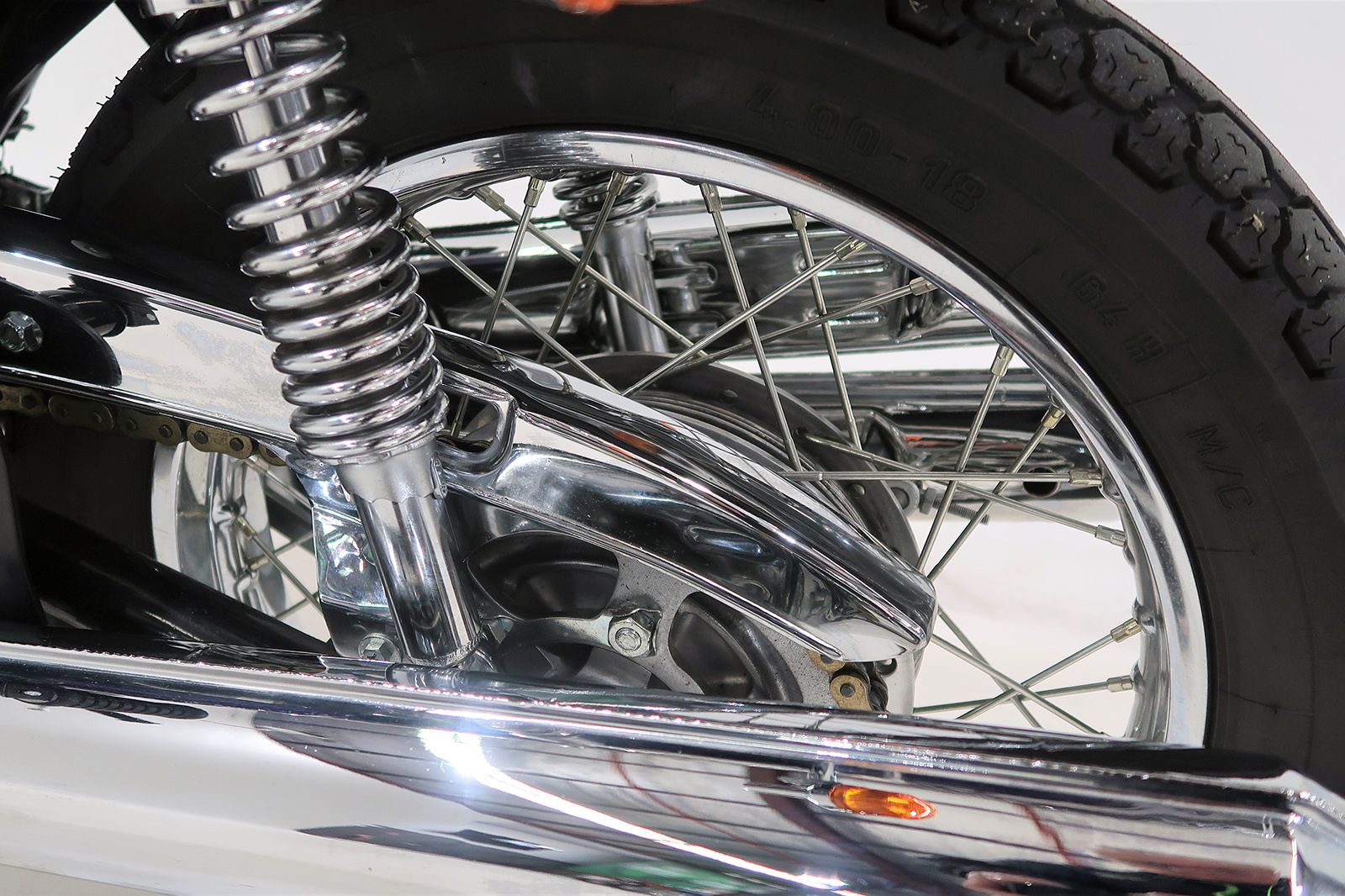 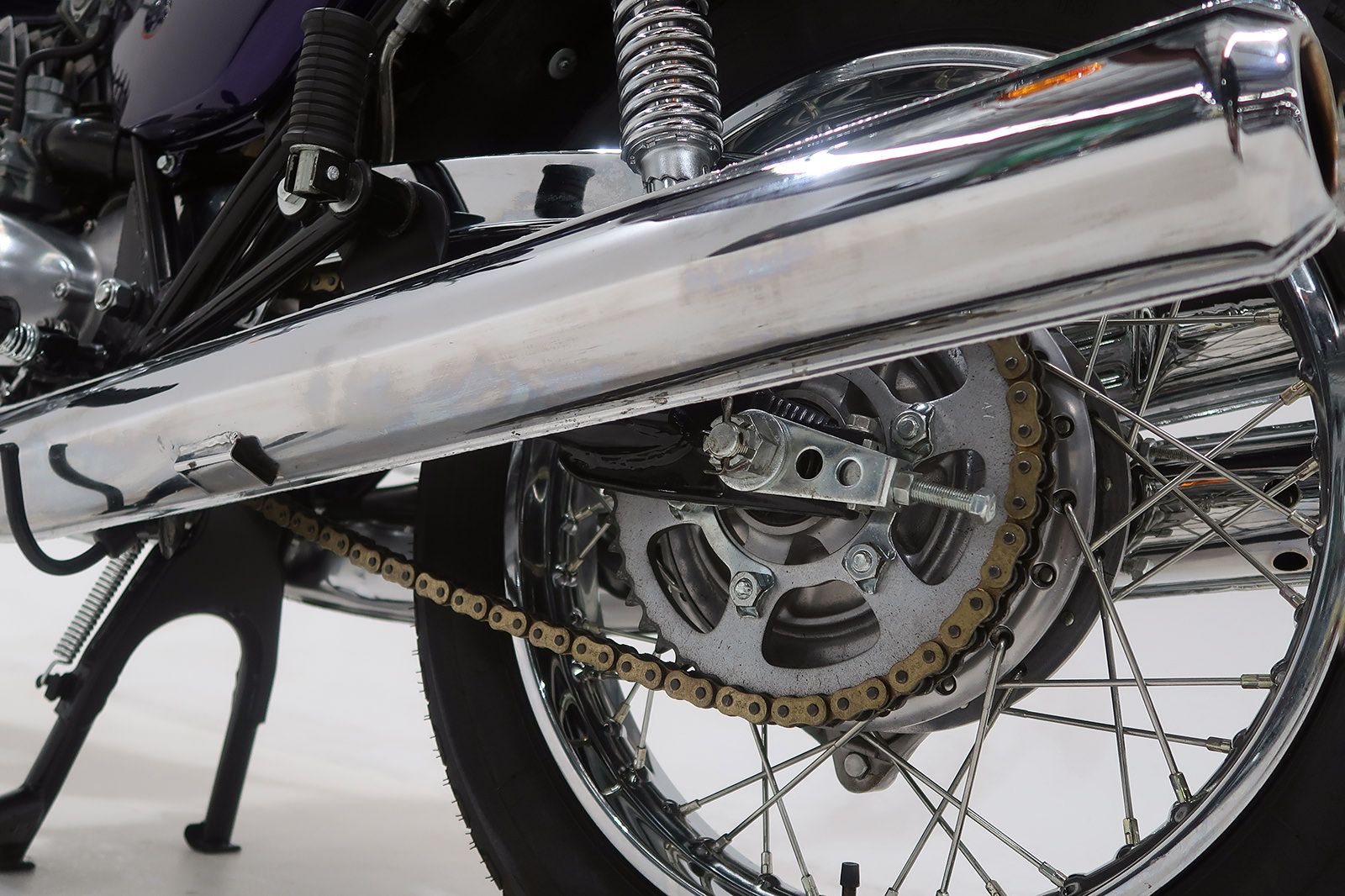 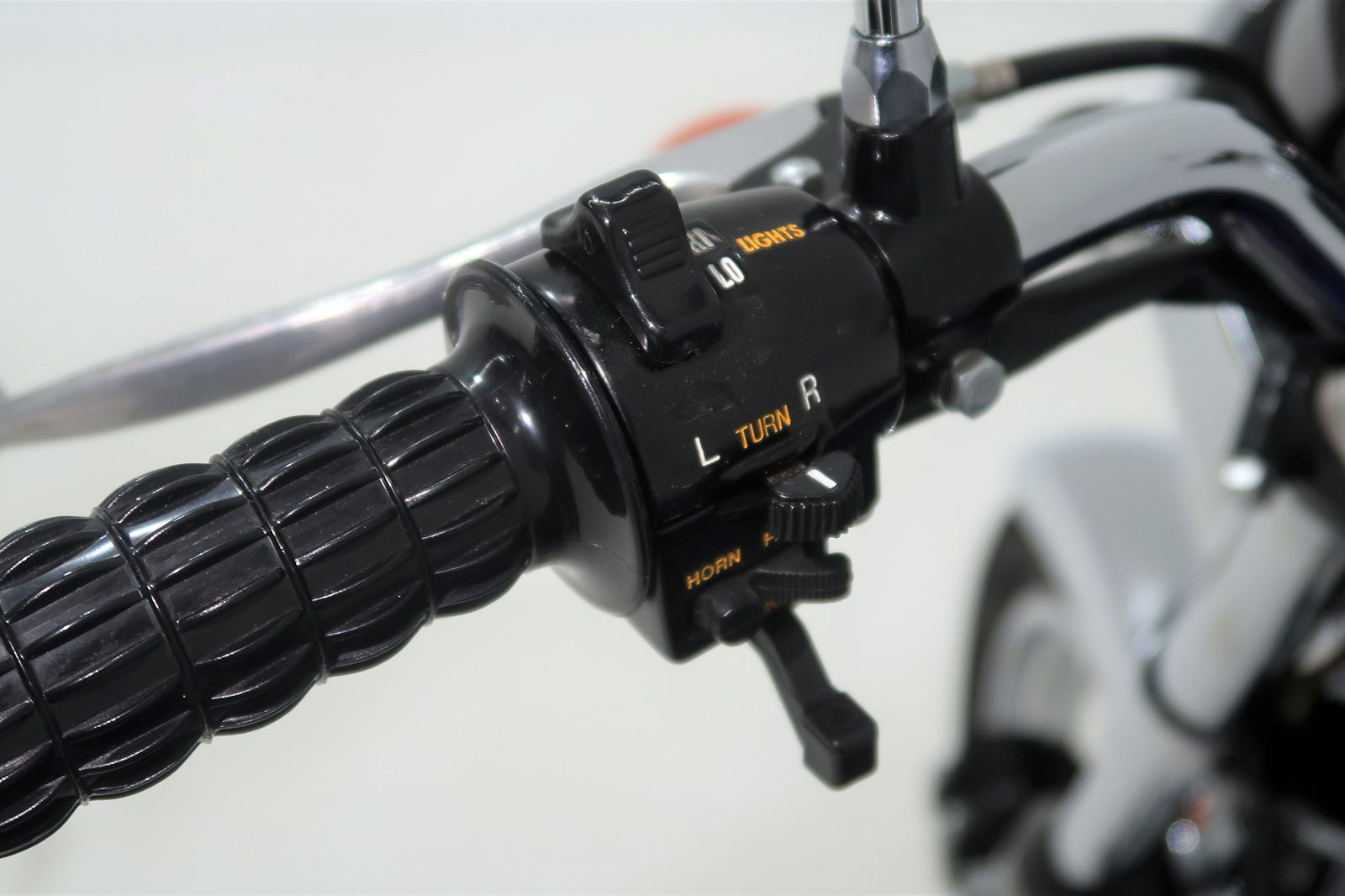 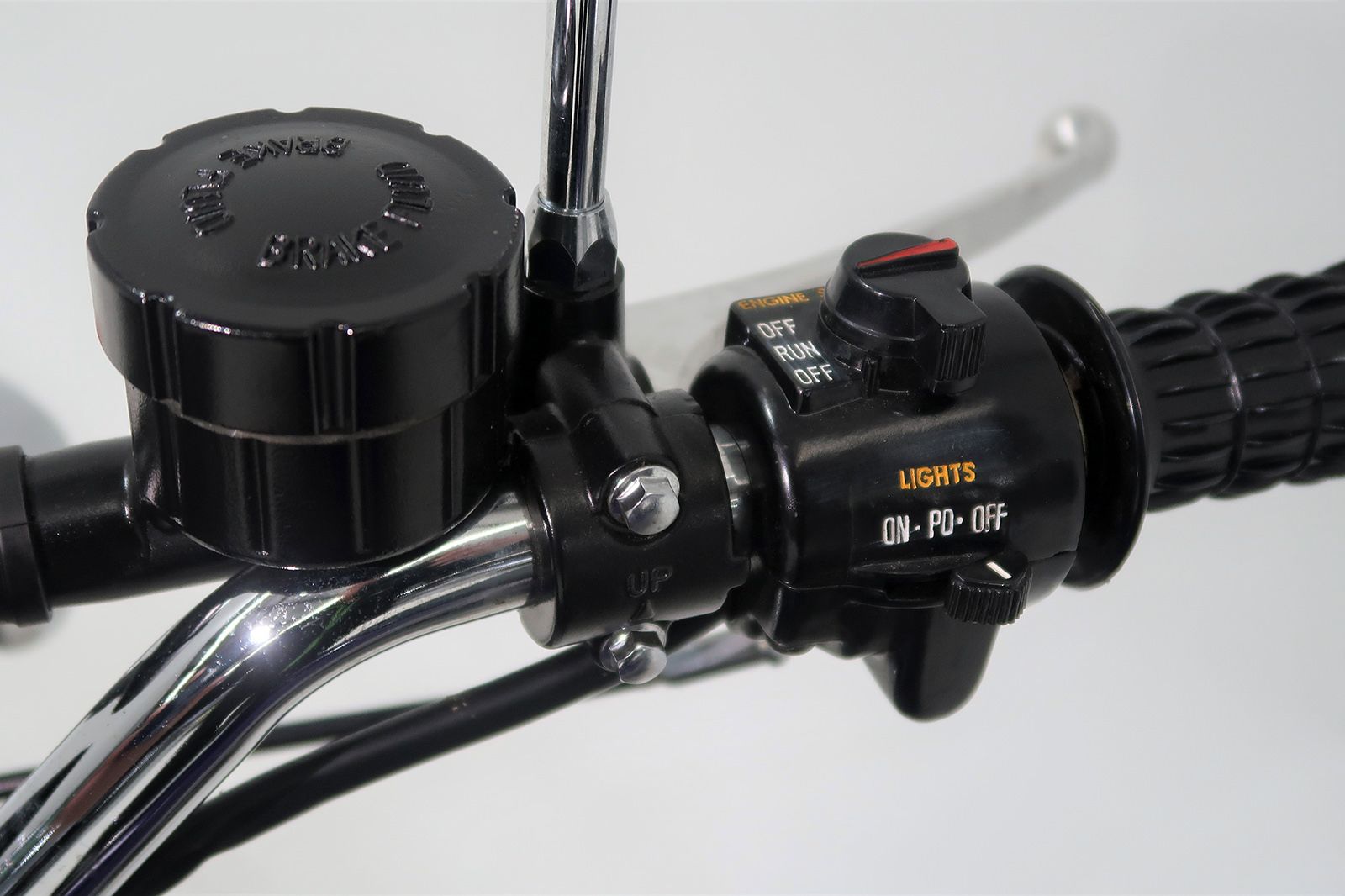 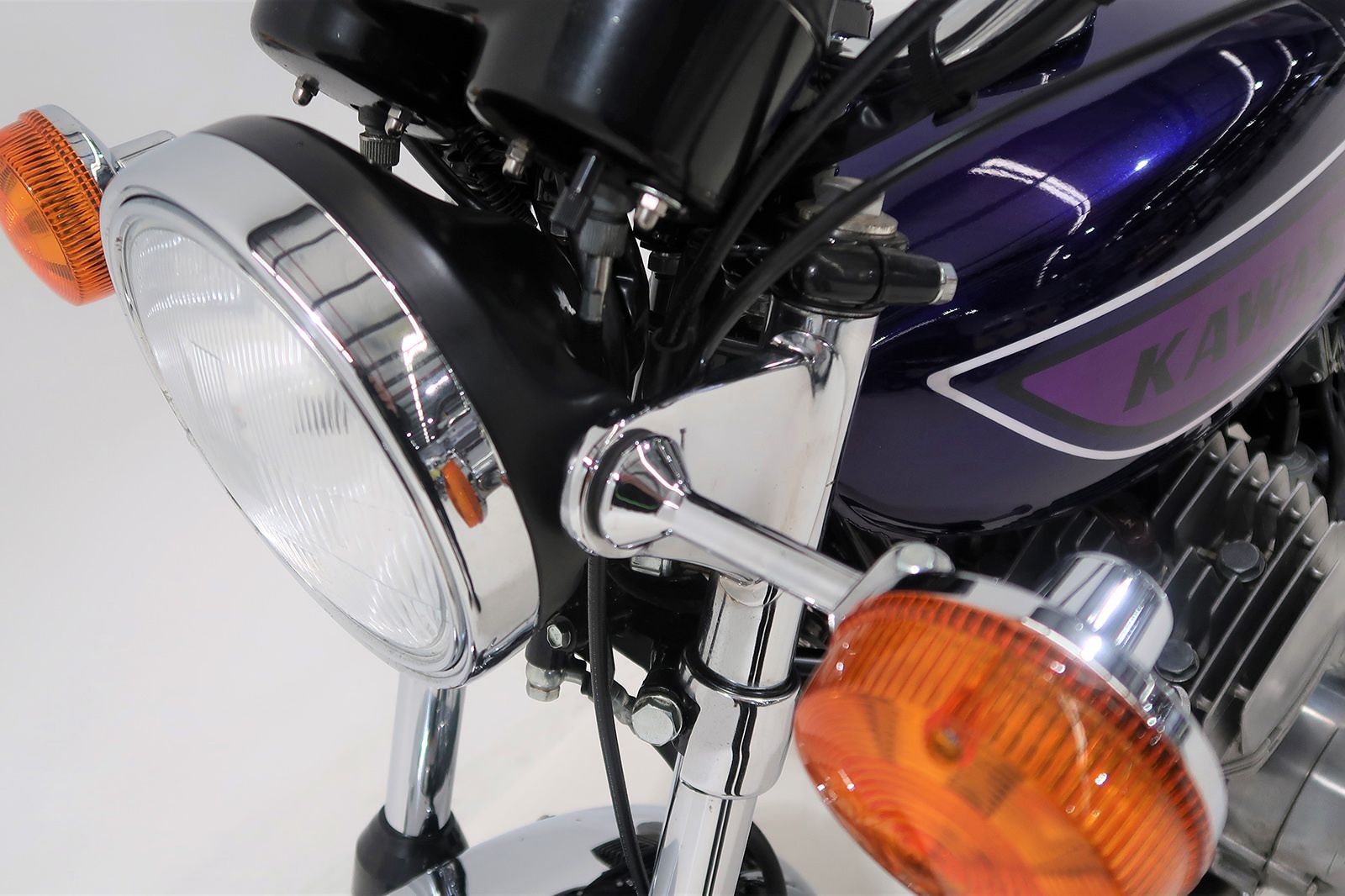 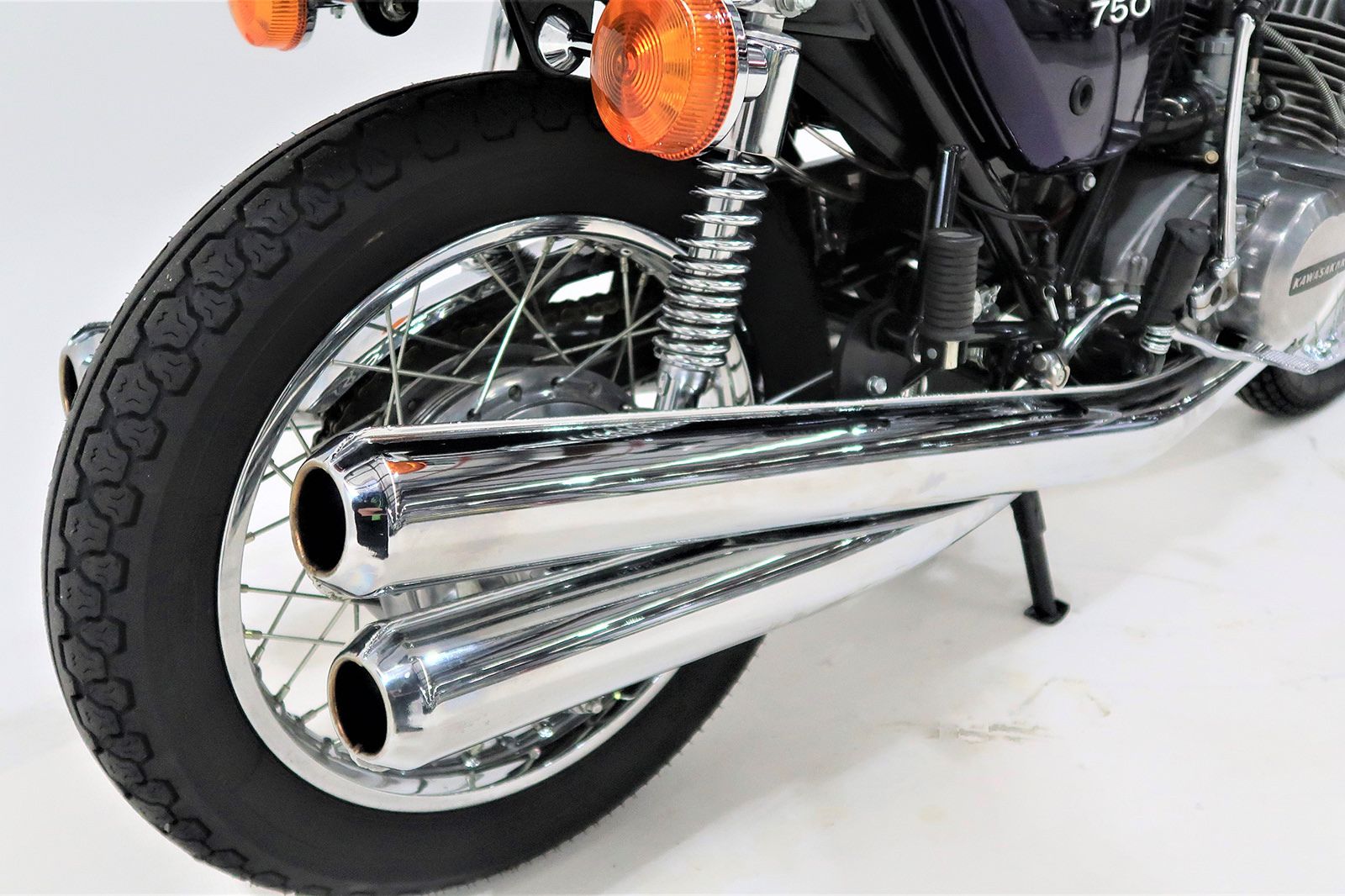 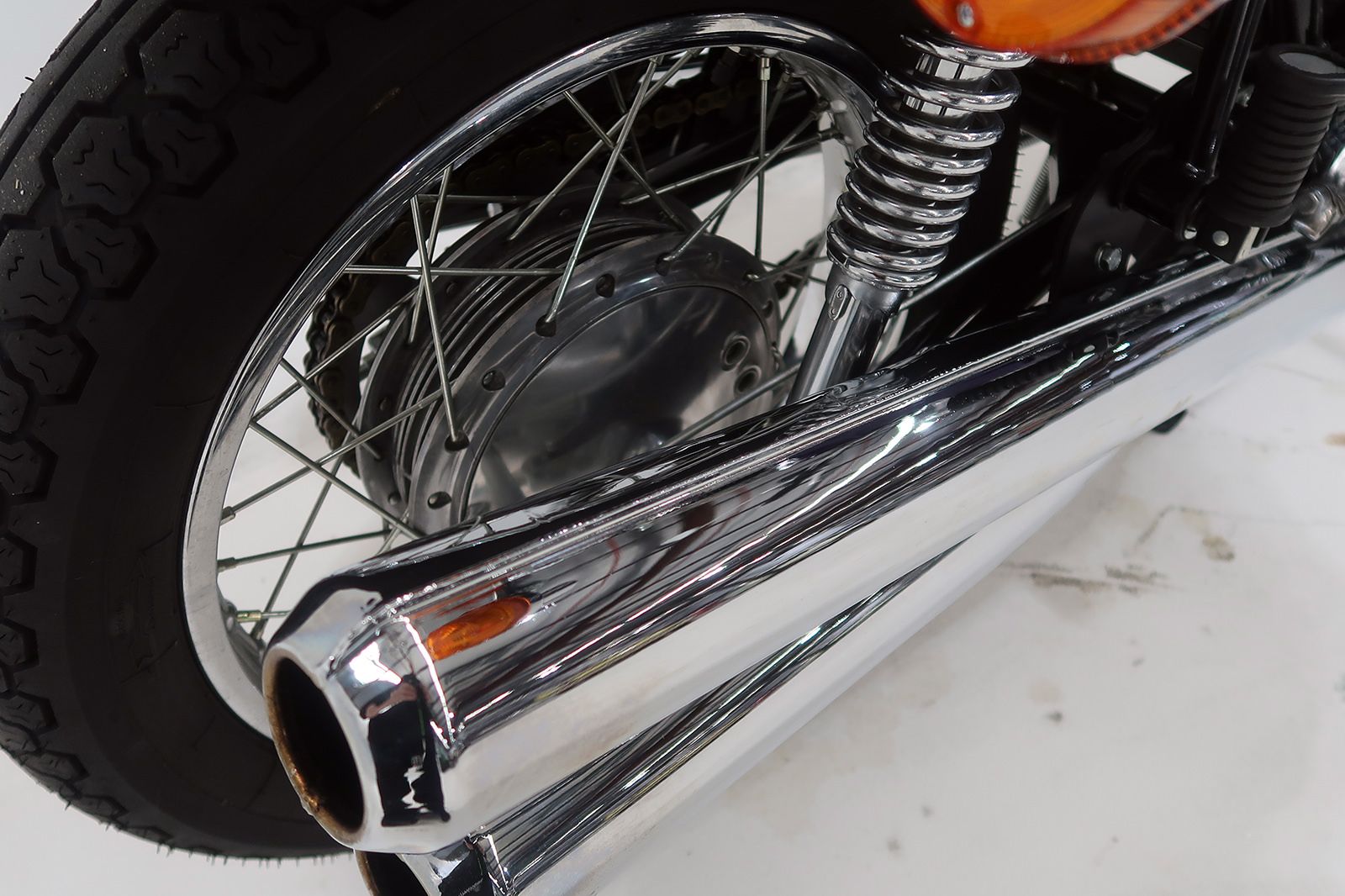 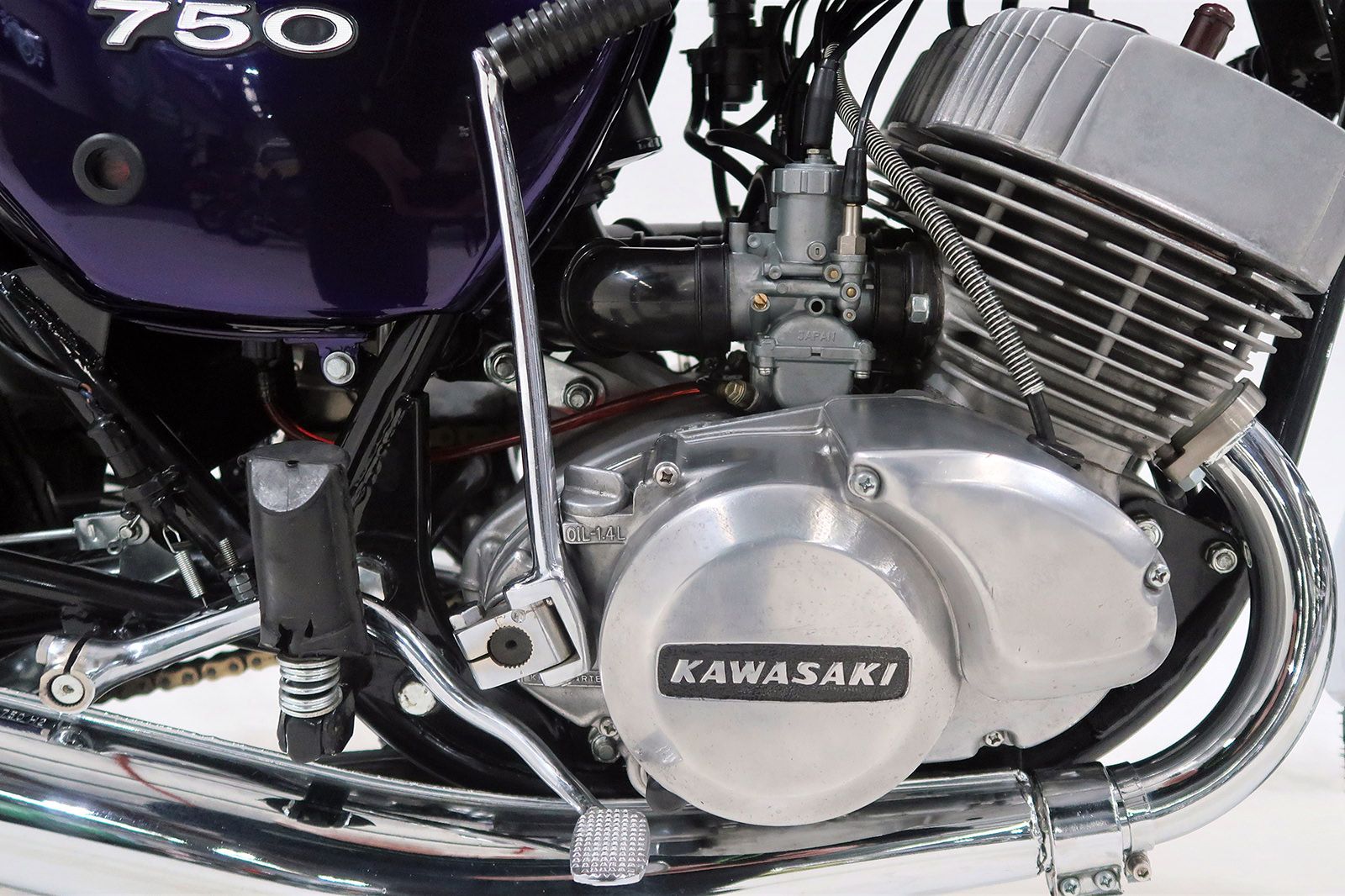 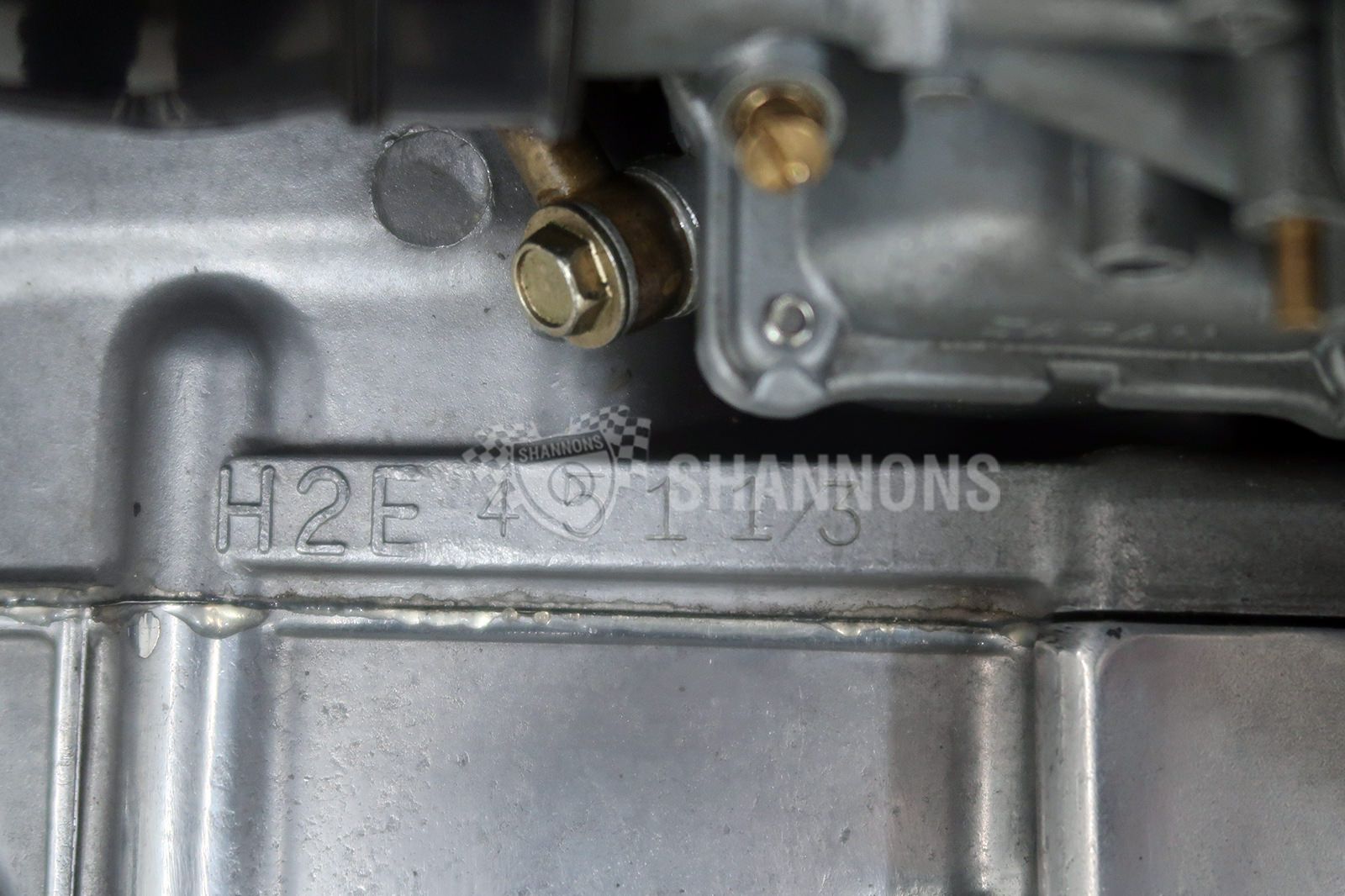 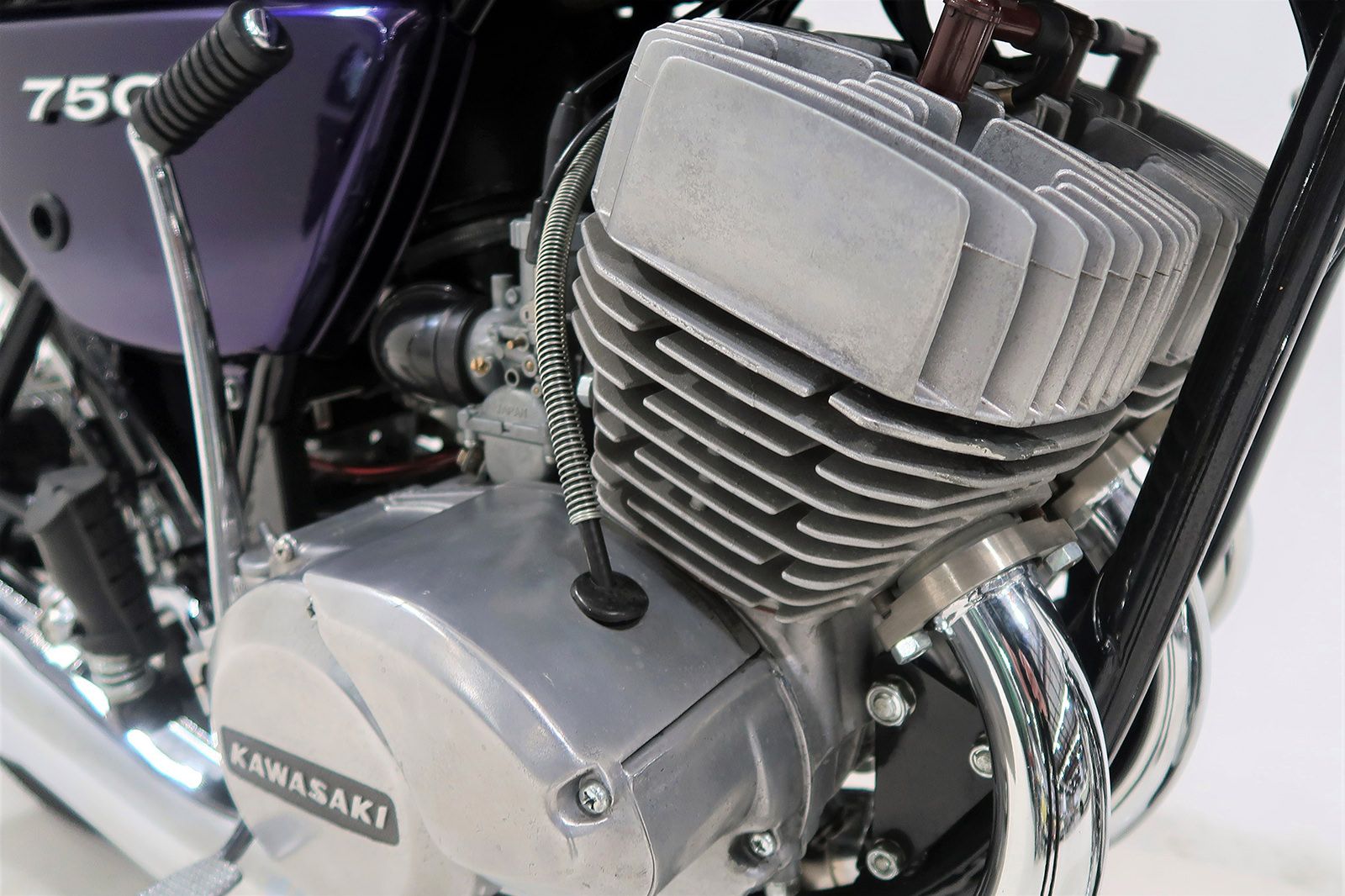 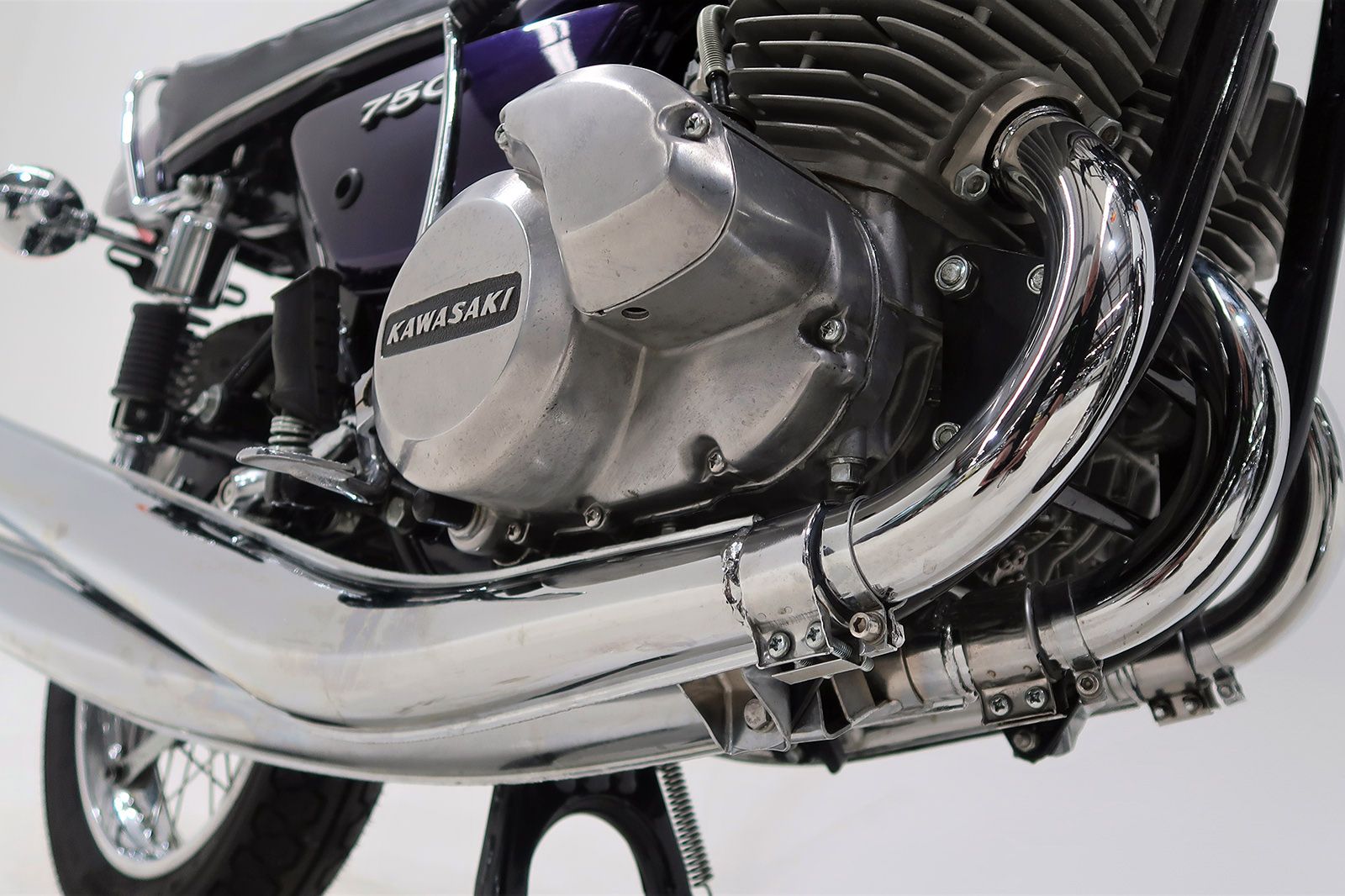 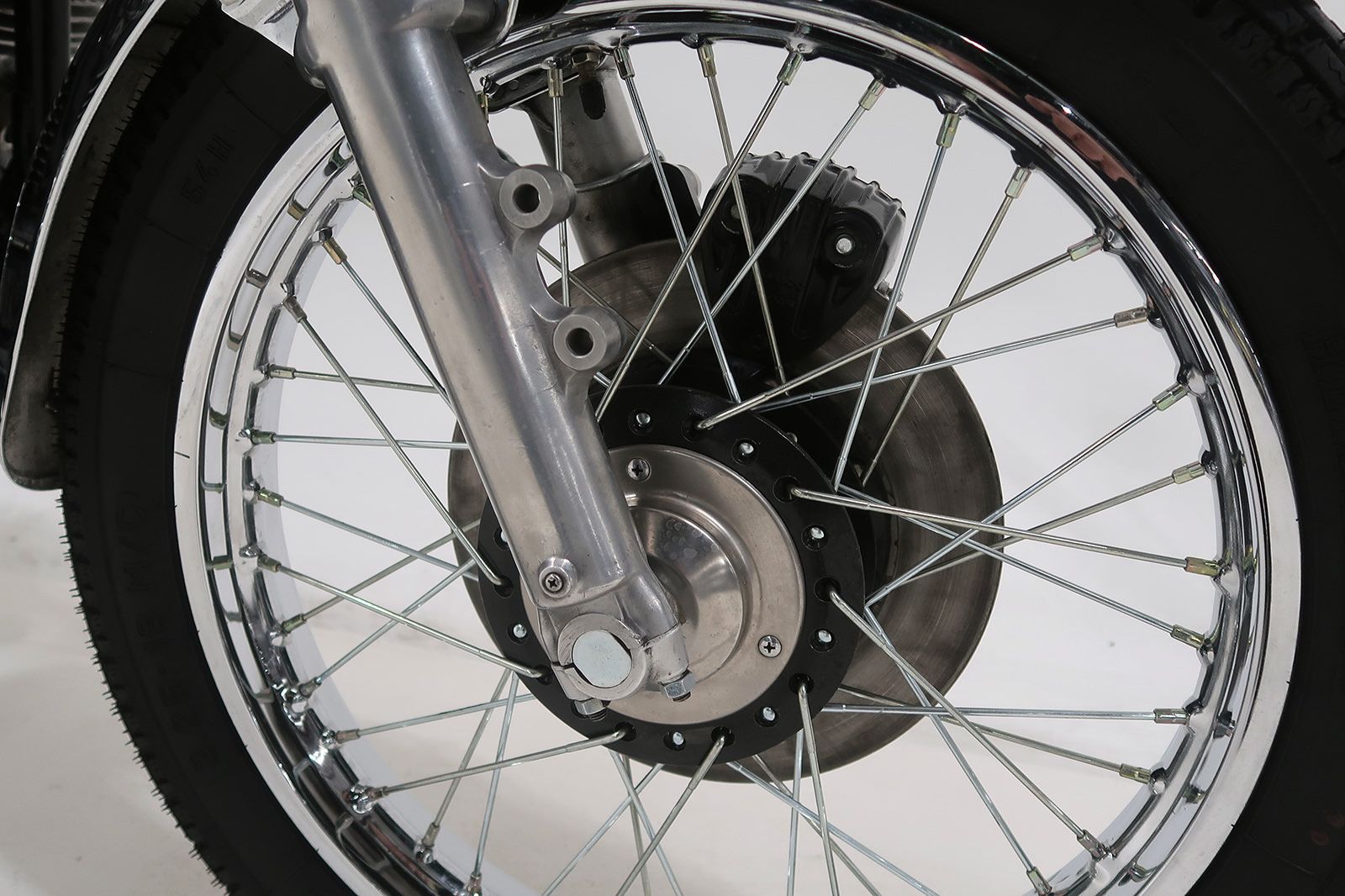 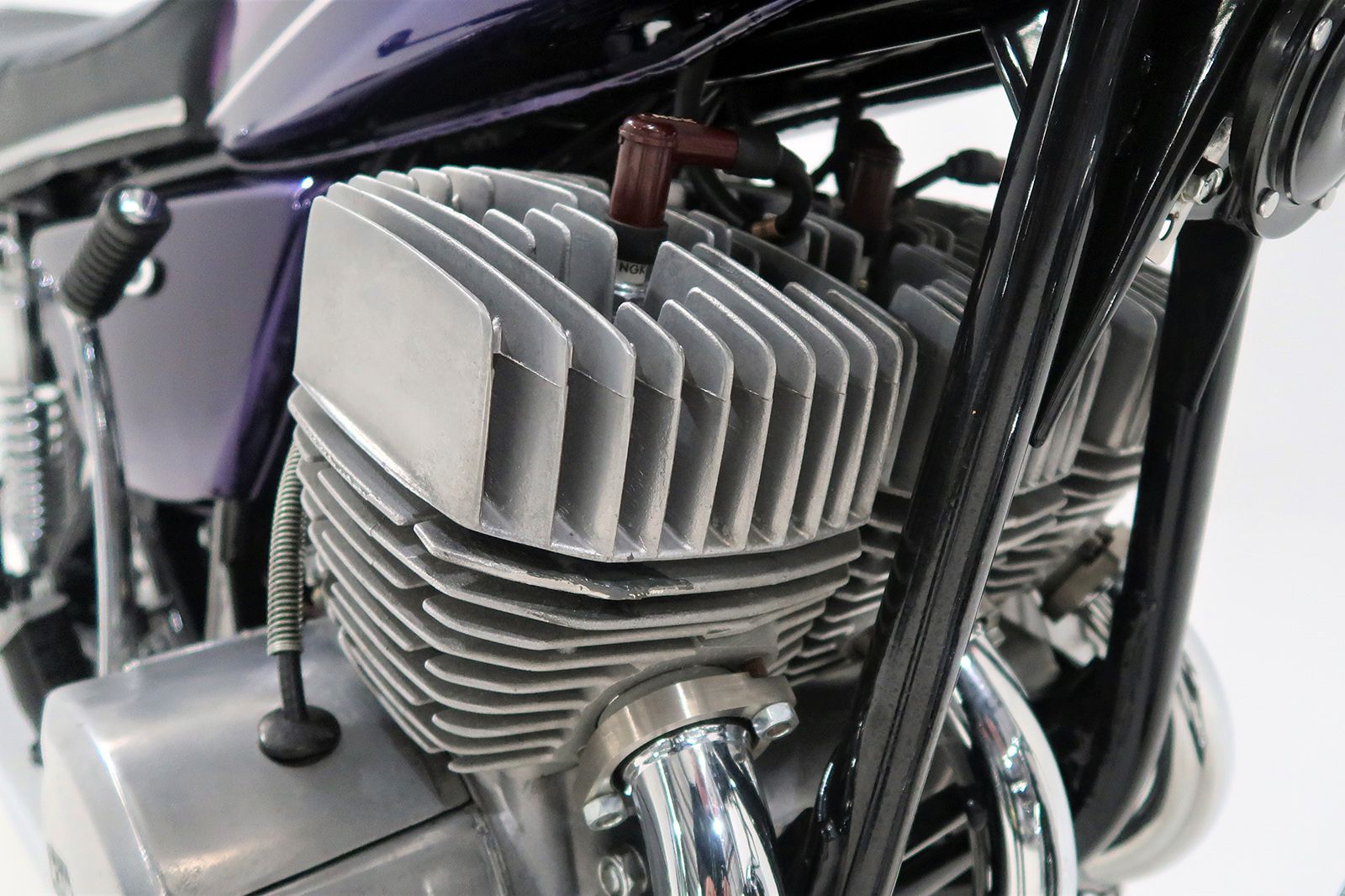 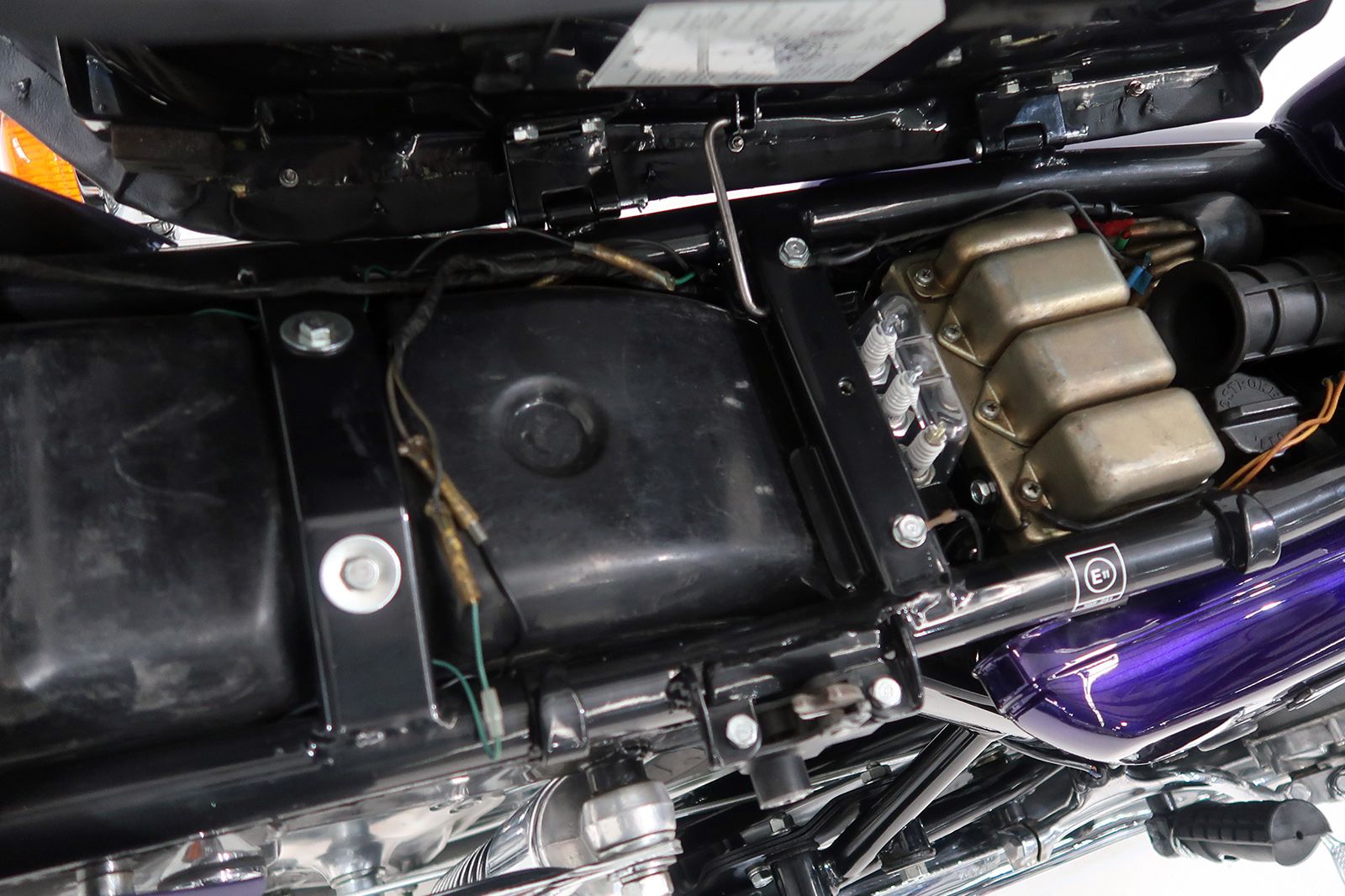 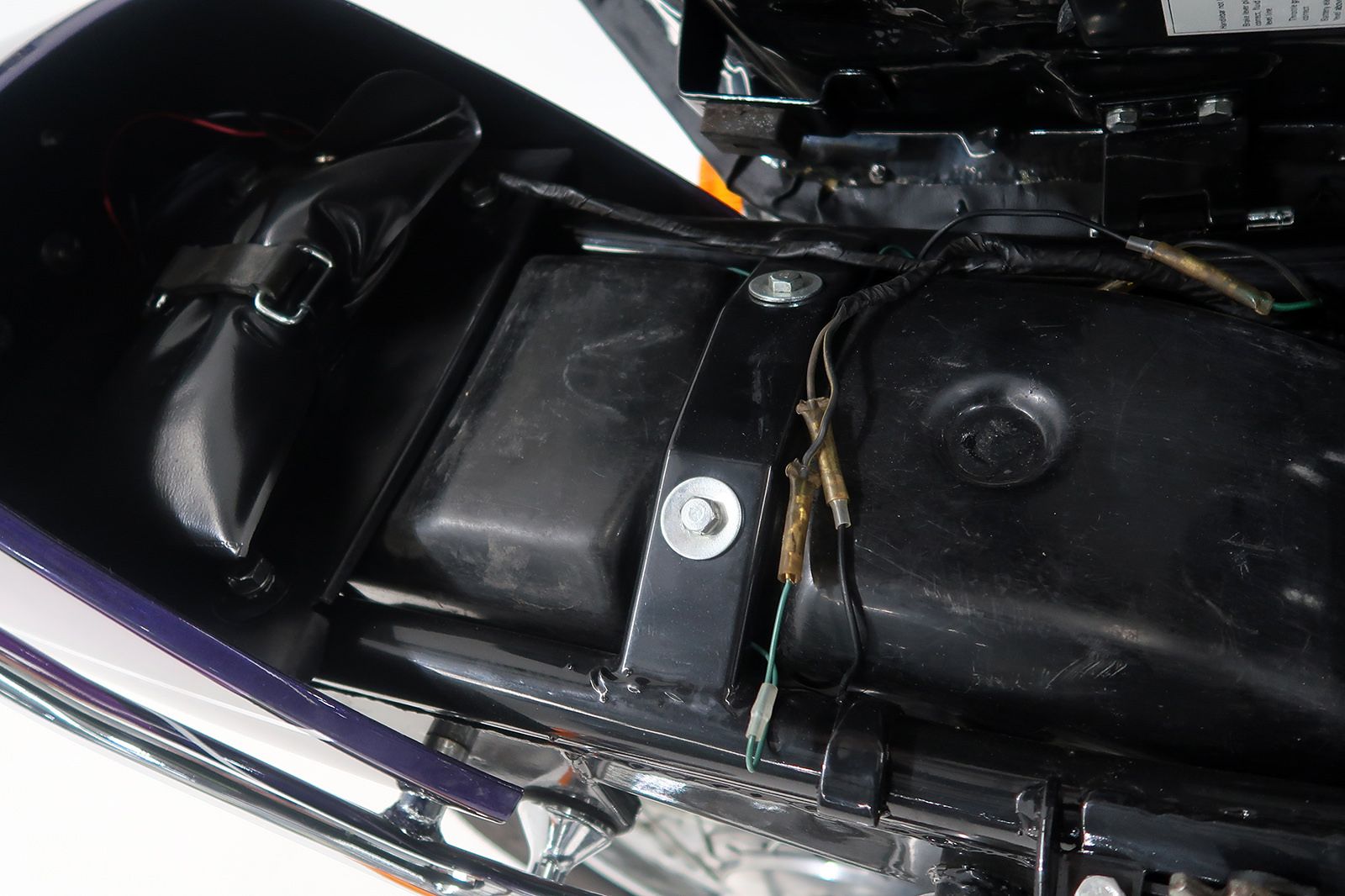