1846 people have viewed this lot

This lot is no longer available
Aeronautica Macchi (later "Aermacchi") was founded by Giulio Macchi in Varese, Italy in 1912, initially building aircraft for both civilian and military applications before moving into motorcycle manufacturing. Aermacchi's first motorcycle appeared in 1950, being a lightweight design powered by a two-stroke 125cc engine with a single horizontal cylinder. The company operated out of a former aircraft factory and built many 250cc and 350cc single cylinder four-strokes in the decades that followed, being actively involved in racing and enjoying great success thanks to riders like Renzo Pasolini. A range of race-derived production bikes was made available to the public during this time. The Chimera model was manufactured 1956 to 1965, initially as a 175cc but after market resistance, its single cylinder four-stroke engine was offered in a 250cc variant after just one year. The original 175cc variant was only made until 1960, with just 119 units produced, making it very rare indeed. Aluminium was used extensively in the Chimera’s construction, which featured a central tube bridge frame without a tail boom. The rear swing arm is supported by a central spring strut, while the front wheel (17in at both ends) sits in an upside-down fork. Perhaps the most notable design feature was the Chimera’s fully enclosed bodywork which both gave it a distinctive look and through its aerodynamics, aided performance. In 1960, to combat the rising threat from Japan, the American giant Harley-Davidson bought a 50 per cent stake in the Aermacchi company, giving it instant access to a range of well-made small capacity bikes suitable for the U.S. market. Aermacchi singles were modern and lightweight for their time, but the Italians needed investment to carry on making them, and so it began exporting to America complete with Harley-Davidson badges. They were successful and continued to sell into the 1970s, though by then were looking increasingly outdated. In fact, the pace of development was so fast that Aermacchi could not keep up with the Japanese and sales began to flag, such that in 1978, faced with its own problems, Harley-Davidson sold the Aermacchi concern to Cagiva, then a fledgling Italian bike manufacturer. 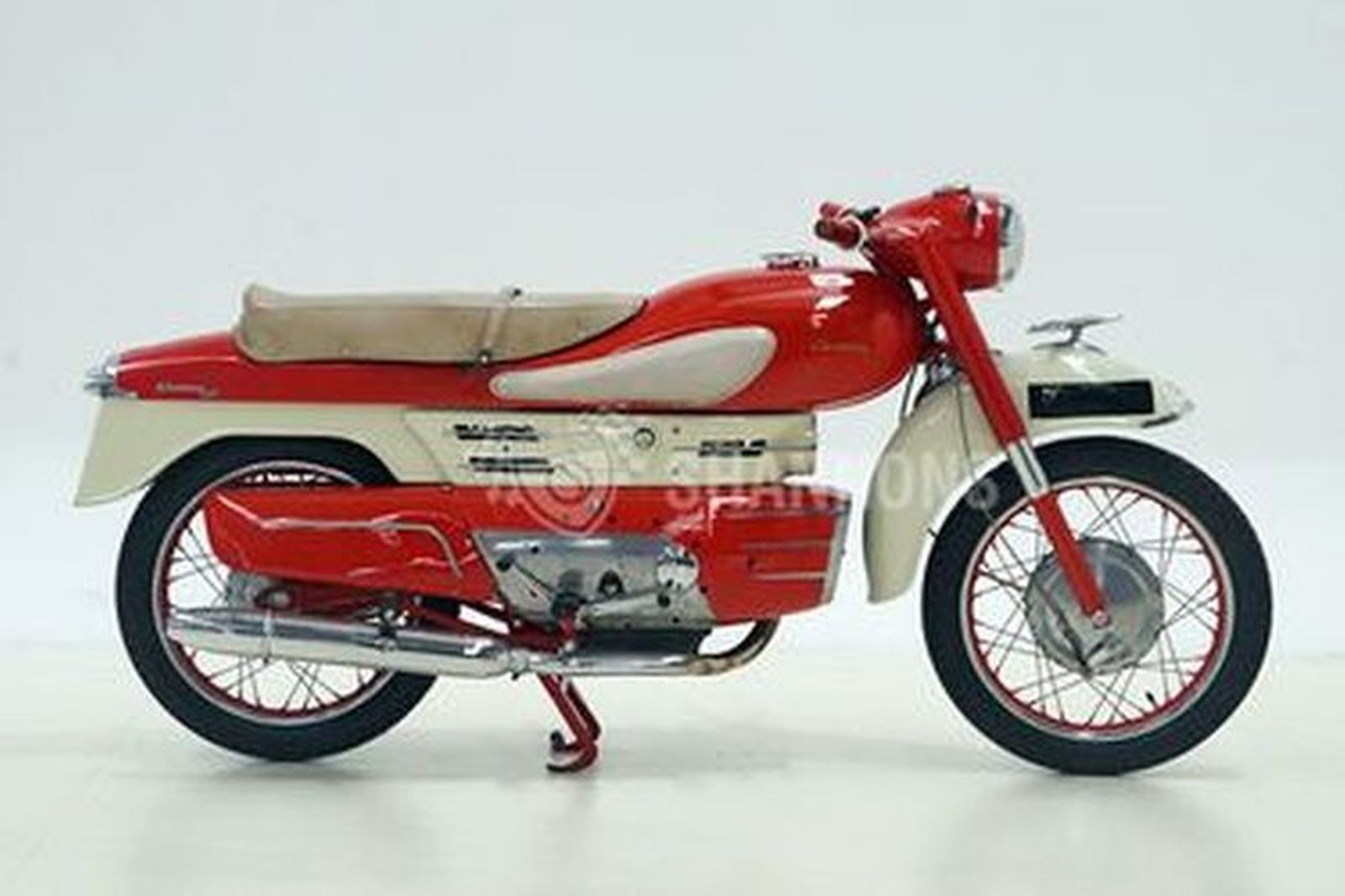