3896 people have viewed this lot

Marking a return to the American market for the first time in several years, Toyota’s third generation Corona was launched in September 1964 and was available in a wide variety of body styles including a sedan, hardtop, hatchback and station wagon plus a range of commercials.  The hero model of the range was the RT55 hardtop powered by a twin-cam 1600 motor using a modified version of the DOHC all-alloy cylinder head designed by Yamaha for the exotic 2000GT sports car.  Dubbed the 9R, the special little engine had 9:1 compression ratio, was fed by twin double-choke Solex-Mikuni 40mm carburettors and developed 110 horsepower at 6200rpm.  Mated to a floor-mounted four-speed gearbox (a  slick five-speed gearbox was optional and cars so-equipped are badged GT-5), Toyota also beefed up the Corona’s suspension with re-calibrated springs and shocks plus two torque rods to locate the back axle.  Available in a limited range of colours, buyers could choose from Pegasus White, Solar Red, Thunder Silver and Bellatrix Yellow and the exterior was enhanced by grilles on either front guard, while interiors were decked out in very period black vinyl dressed up with bucket seats and a woodgrain steering wheel.  Often referred to as the 2000GT’s little brother, the 1600 GT was a direct competitor for the Nissan Bluebird SSS, Prince Skyline 2000 and Isuzu Bellett GT and stacked up well against the best European sports saloon of the era such as Alfa’s Giulia Super, proving its mettle on the racetrack.  Just 2,222 RT55 Corona’s left Toyota’s factory and original survivors are few and far between, particularly here in Australia where the model was never officially marketed.


Imported from Japan to Australia in 2013, this very rare Toyota joined the current Sydney owner’s diverse collection a few years ago and is the more desirable five-speed 1600 GT variant.  Our vendor was advised the car had previously belonged to a Sydney enthusiast who had the engine rebuilt but a noisy timing chain resulted in the engine being removed and sent to Auto Perfection in Labrador, QLD whereupon it was stripped down.  The head had indeed been ported and polished but the timing tensioners and chain all required replacing so the engine was rebuilt with the crankshaft re-ground, new rings, timing chain and tensioners and new head and rocker cover gaskets sourced from Japan.  The motor was re-fitted to the Toyota in the vendor’s Sydney workshop by a fully qualified engineer and has been run for less than an hour.  Finished in Bellatrix Yellow with a very tidy black interior, the Corona sits on a set of Watanabe wheels but comes with a set of original wheels and tyres supplied, along with a small quantity of spares.  To be sold unregistered and with No Reserve, the Corona is a great example of this rare ‘60s sports coupe, perfect for the Japanese car collector. 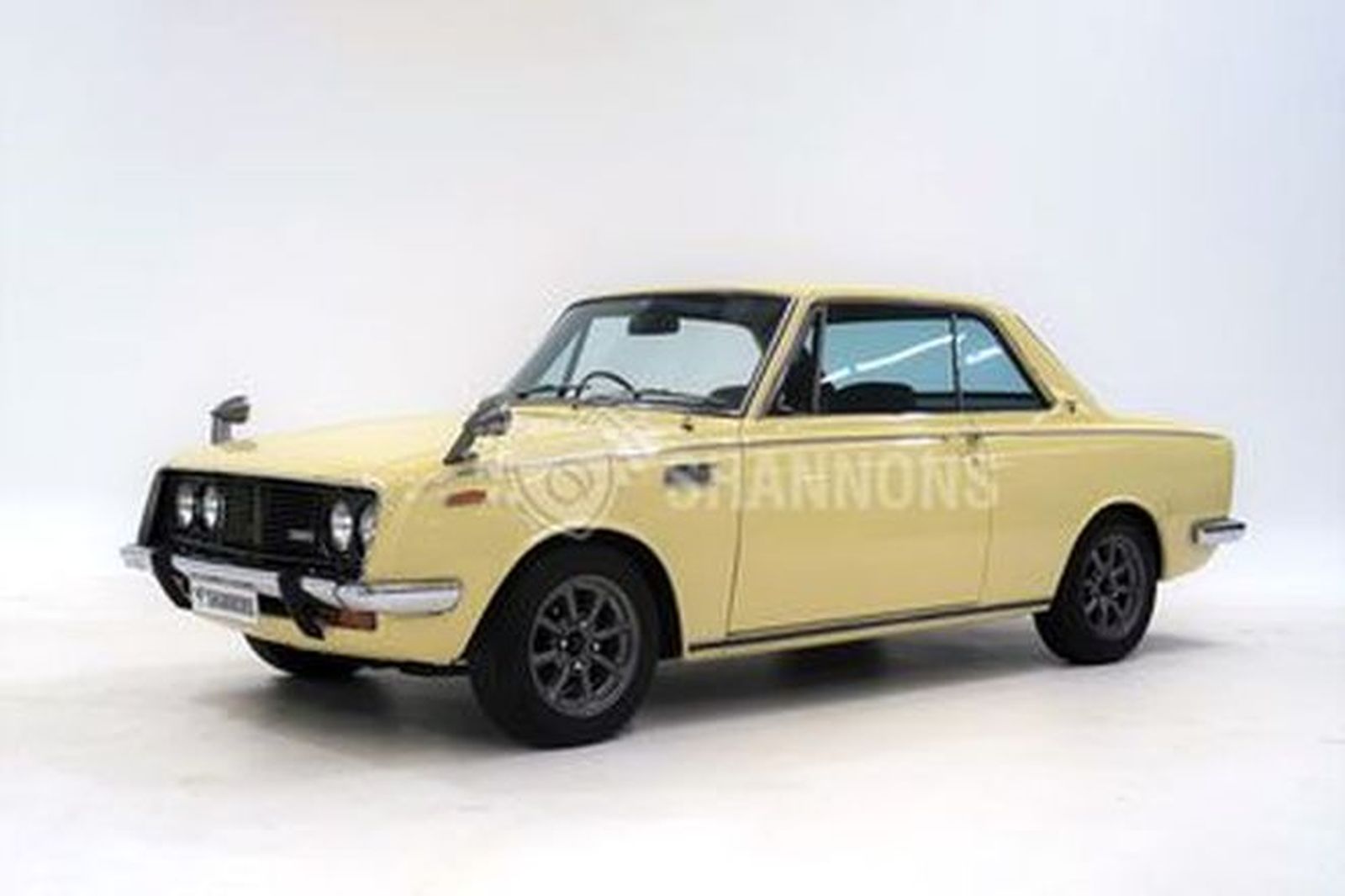