3008 people have viewed this lot

Precursor to the fabled R32 ‘Godzilla’, Nissan built a homologation version of the R31 generation Skyline to qualify for Group A.  Built exclusively for the Japanese market, the HR31 GTS-R was announced in late 1987 and featured an extensively reworked version of the cooking RB20DET engine boasting a larger Garrett turbocharger and intercooler, revised throttle bodies and ECU.  Power output was boosted to 154kW at 6000rpm, delivered to the rear wheels through a five-speed transmission and limited slip diff, along with HICAS all-wheel steering system and revised suspension geometry.  All were finished in the same Bluish Black colour scheme, with front and rear spoilers to aid downforce and BBS 15-inch alloys were optional.  Although Nissan had to build 500 to qualify the R31 Skyline for Group A, a total of 823 GTS-Rs were ultimately manufactured, all pre-sold and they have long enjoyed a cult following in Japan.  Racing versions were said to be making over 321 kW in Group A trim.  Jim Richards and Mark Skaife drove a Gibson Motorsport prepared Skyline GTS-R to win the 1989 Sandown 500 and Richards used his GTS-R in six of the eight races to win the 1990 Australian Touring Car Championship, switching to the new the R32 GT-R successor for the final two rounds of the series.  Nissan Motorsports Europe (NME) also campaigned the R31 in the 1988 European Touring Car Championship with drivers Alan Grice and Win Percy achieving some very respectable results.  As a bridge between the first generation GT-Rs and later R32, R33 and R34 variants, the HR31 GTS-R has earned its place in Nissan’s performance car heritage and prices have finally begun to reflect its rarity.

Finished in the original colour of BG8 Bluish Black with grey cloth upholstery, both in good order, this very collectible Nissan Skyline GTS-R HR31 has build number 613 according to the GTR Registry.  Showing 134,439 kms on the clock at the time of cataloguing, the Japanese Export Certificate confirms the mileage.  Sporting badges from legendary tuner R31 House and fitted with easily reversible modifications including an aftermarket MP3 player, exhaust, steering wheel and pedals, the Skyline also has a number of additional gauges fitted (Multi Fan Controller, Sequential Boost Controller and Apexi timer) and a manually operated exhaust valve.  Fitted with the optional BBS 15 x 6.5 wheels, the Skyline presents well although the duco is showing a little micro-blistering in places, while the window trims have some wear and it would certainly benefit from a cosmetic tidy up.  A great example of this fast appreciating homologation special, the GTS-R is great buying in the quoted price range, with plenty of room for improvement.  Recently imported from Japan and fully registered in NSW until June 2021, the car comes with import papers, manuals and some history supplied and will be sold with No Reserve. 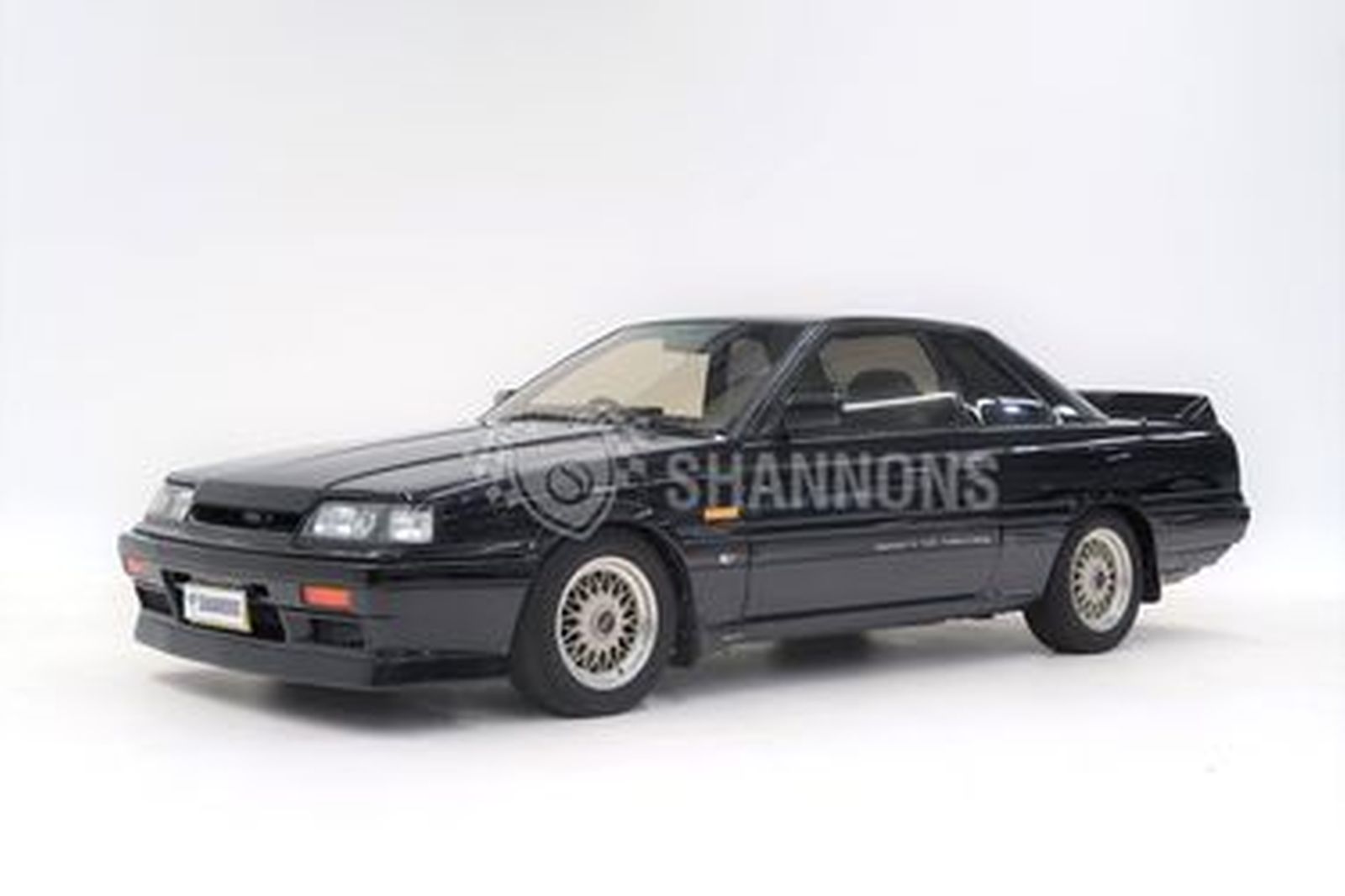