2510 people have viewed this lot

Following Prodrive’s purchase of Tickford Vehicle Engineering, Ford Australia formed a new high-performance division in partnership with the English firm in 2002.  Branded Ford Performance Vehicles, the original BA series model range was all based on the existing XR8 but the facelifted BA Mark II introduced at the end of 2004 saw a forced-induction alternative emerge in the form of the F6 Typhoon, based on the XR6 Turbo.  Powered by the impressive ‘Barra’ 4.0 in-line six, the original F6 developed 270 kW (362 bhp) at 5250 rpm with 550 Nm (406 lb/ft) of torque at 2000-4250rpm and was initially sold with the Tremec T56 six-speed manual gearbox.  Lacking body stripes and with a smaller rear wing, the Typhoon was an altogether more discrete package than the GT/GT-P and came with 18-inch alloys as standard, while four pot Brembos were an expensive option.  When Ford released the BF in 2005 a number of changes were introduced to the F6 including a more aggressive body kit, 19-inch alloy wheels, six-piston Brembo brakes became standard and a ZF six-speed automatic transmission was offered as an option.  Further upgrades came with the BF MkII announced late in 2006, including redesigned alloy wheels and fog lights.  In this guise the car was award Motor magazine’s Performance Car of the Year for 2006 and more recent tests have described the car as a modern classic.  A match for the contemporary HSV Clubsport, many pundits argued the F6 Typhoon had a chassis able to rival some of the vastly more expensive German super saloons like BMW’s M5 and the Barra’s well-known tuning potential meant extracting serious horsepower was both easy and relatively affordable.  With HSV values surging in recent years, the FPV looks great value and the F6 Typhoon is certain to become increasingly collectible in years to come.


Based on the updated BF MkII Falcon, this fantastic FPV F6 Typhoon is an automatic version and therefore benefits from the much-improved ZF six-speed transmission.  With build number 0293 of 0492 F6 Typhoons (excluding the R-spec cars), the car has enjoyed one meticulous owner from new and has benefited from some subtle performance upgrades to bump output to 320kW at the rear wheels.  Done by Croydon Racing Developments, upgrades include a COBB Access Port, Garrett turbo, custom APS turbo back exhaust system, plus new Bilstein suspension and bushes.  Recent work has seen the engine and transmission serviced, a new power steering pump installed, a new radiator fitted, the alternator replaced and a new water pump fitted.  Finished in Ego Charcoal with matching leather upholstery, the car has travelled 143,273 kms from new and presents in very good condition throughout, with only minor wear on the driver’s bolster and some plastic trim.  The service book has been correctly stamped all the way through to December 2020 at 141,505 kms and Peter Hallworth Motors of Homebush looking after the car since 2012.  Looking completely stock from the outside, this F6 Typhoon is a wolf in sheep’s clothing and packs a serious punch.  More than capable of giving more modern high performance cars a run for their money, the mods are all easily reversible should the buyer prefer to keep the FPV stock.  Currently registered in NSW until September 2021, the FPV comes with the original books, wheel locking nut and two sets of keys. 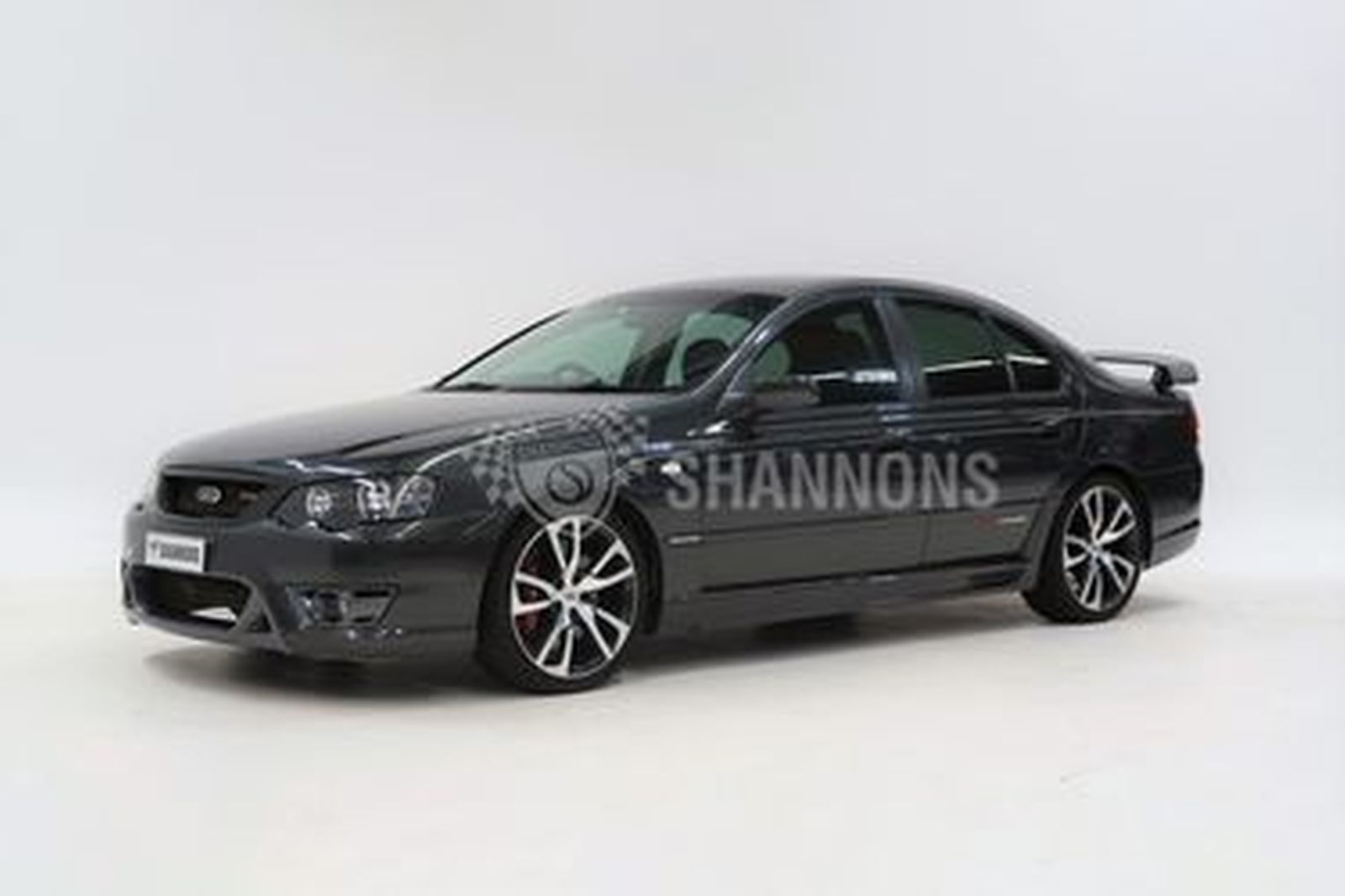