1485 people have viewed this lot

Often referred to as the world's first superbike, Honda raised the bar to new levels with the introduction of the CB750 in 1969, the advanced specification paving the way for future generations of superbikes. Created in response to demand from the American market and dealer network, Honda’s new road burner eclipsed every other bike on the market; fed by quad carburettors, the transverse SOHC four-cylinder engine developed an impressive 68 horsepower at 8500 rpm, enough for a top speed of around 200 km/h. A five-speed gearbox, four-into-four exhaust and a front disc brake were all notable features, and the original 1969 model was sold in Candy Ruby Red, Candy Blue Green or Candy Gold. Honda’s flagship model received rave reviews and was soon selling in large numbers; the earliest K0 variant used sandcast alloy cases but the K1 offered in 1970-1971 used more conventionally cast items, along with a twin cable throttle system and new colours. Production of the K1 lasted from September 1970 until March 1972, after which the CB750 continued through K2, K3, K4, K5, K6, K7 and K8 variants until 1979, when the model was discontinued. Honda’s rocket ship is now becoming one of the most collectible early Japanese superbikes of all.

Japan’s first inline four-cylinder Superbike, the CB750 is the motorcycle to which all modern four-cylinder bikes owe their lineage. The original CB750 of 1969 went through eight different variants, each more sophisticated, powerful, and faster than the one before, until production came to an end in 1979. Our example is a K4 model from 1974, and it is in beautiful condition throughout. The bright orange paintwork appears to have been repainted at some stage but still absolutely glows, as does the chrome brightwork which is all beautifully presented. The bike retains its original style four-into-four exhaust but appears some items may have been replaced with non originals such as the tank and side cover badges. These big Honda Superbikes are such an important moment in time and deserve the widespread recognition they now have. This 1974 Honda 750/4 K4 does run and is being offered for sale here unregistered. 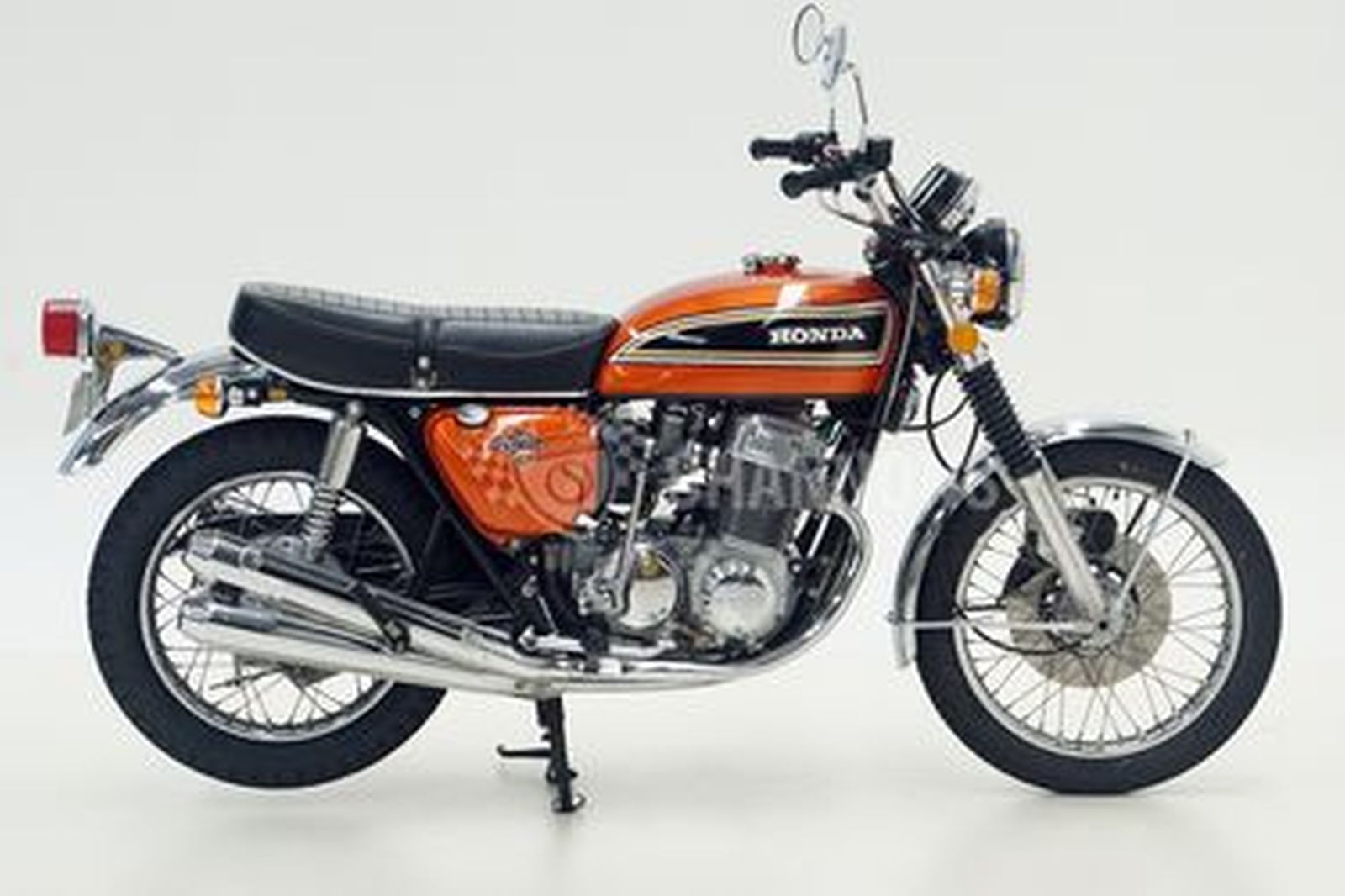