1404 people have viewed this lot

Although Honda had enjoyed success with six-cylinder motorcycles on the track as far back as the 1960s, it wasn’t until the late 1970s that the Japanese manufacturer developed a six-pot road-going machine and the new CBX Super Sport helped re-establish the company's position at the forefront of motorcycle technology, competing with domestic and European rivals for the title of the ultimate superbike. A stressed member of the chassis, the twin-overhead camshaft in-line motor featured a line of six Keihin carburettors and Honda rated the unit at a mighty 103 horsepower, while the six-into-two exhaust system looked equally impressive. A five-speed gearbox, Comstar alloy wheels and a huge 5.3 gallon fuel tank were all part of the specification sheet, while massive 276mm twin rotor disc brakes up front and a bigger 296mm single disc at the rear kept all that power (not to mention the CBX’s hefty weight) in check. Performance was certainly impressive and the quarter mile time of 11.36 seconds (at 117.95 mph) superior to any other superbike of the day. In 1980 Honda updated the model with air-adjustable front forks, black Comstar wheels and new colours and added a new frame-mounted fairing and detachable saddle bags for the first time the following year, making the CBX more of a sports tourer. Other detail changes included adjustable Pro-Link rear suspension in place of the coil-overs and internally vented front brake rotors to cope with the extra weight. The respected Cycle magazine described the CBX as a "breakthrough for the Japanese motorcycle industry" and praised its design, concept, and performance.

Purchased new from well-known Victorian Honda dealer Maurie Quincey (Moonee Ponds, Melbourne) in January 1982, this 1981 Australian compliance Honda CBX-B 1000 is fitted with the Pro-Link rear suspension in place of the model’s earlier coli-overs. Having travelled just 8000km the original owner sold it to its second keeper in 1985, who fitted it with a set of genuine Hondaline panniers and kept it in his motorcycle collection for the next 35 years. Our vendor purchased it a year ago with just over 22,000km and has travelled less than 200km since. He fitted it with a new set of Pirelli Sport Demon tyres, changed the oil and filter, adjusted the shims, and synched the carburettors. It is finished in immaculate silver with black/red striping, and with its full fairing and twin panniers, really looks the business. It comes with its original owner’s manual and service books, a spare set of ignition keys and keys for the panniers. Needless to say, then, this big Honda tourer is like new, and quite possibly the best example available. The 1981 Honda CBX 1000 is being sold here unregistered and at No Reserve.


Note: Shannons advise that all potential buyers research and inspect motorcycles before purchase to authenticate originality and condition as a pre-purchase inspection report is not carried out on these vehicles. 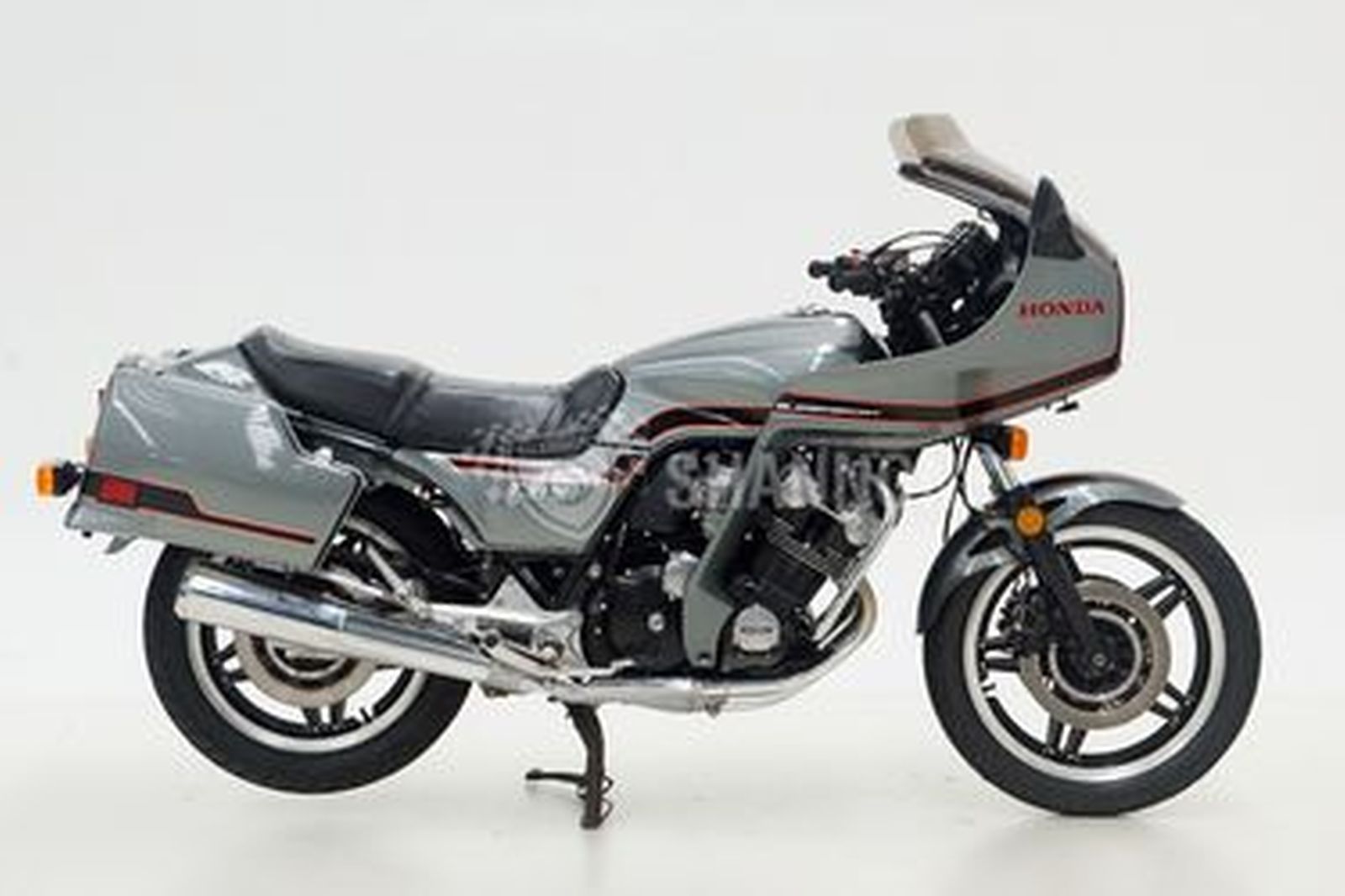 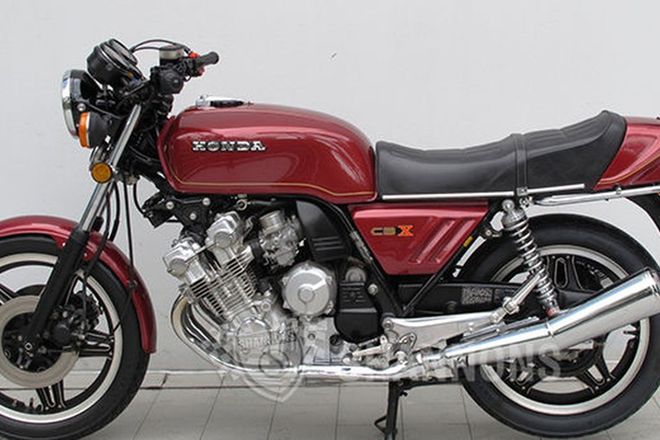