959 people have viewed this lot

One of the most established names in the motorcycle industry, Matchless was founded by Henry Collier in 1891, who developed his first engine by 1899 and began manufacturing motorcycles in Plumstead, London just three years later.  A wide range of models were produced under the Matchless name, ranging from diminutive two-stroke to 750cc four-stroke twins and the company enjoyed both commercial and racing success.  In 1938, Matchless and AJS became part of Associated Motorcycles, both companies producing virtually identical models under their respective brands.  Introduced in 1947, the Matchless G80 was a long-running single-cylinder 500cc model (the equivalent AJS being the Model 18), combining a pushrod four-stroke single displacing 498cc and a four-speed Burman constant mesh gearbox.  Due to the poor quality fuel available in the immediate post-war period, the long-stroke motor had very low compression of 5.9:1, initially using hairpin valve springs and was fed via a single Amal Type 891 carburettor.  Early models used Teledraulic forks and a rigid rear end before swing-arm suspension was adopted from 1949; rear shocks were changed from the early “Candlestick” type to the “Jampot” variety in 1951, followed by Girling-made shocks in 1956.  Variants included the CS (Competition Suspension) model designed for scrambling and a 600cc Typhoon model aimed squarely at the American market.  Solidly built, dependable and handsome, the post-war G80 is an affordable classic British motorcycle from the immediate post-war period and the perfect club bike.

This 1961 Matchless G80, a desirable CS scrambler with the Duplex frame, alloy chain case and correct numbers, was purchased by our vendor from Jon Munn’s Classic Style Motorcycles of Seaford in 2017.  Part of a small private collection for the past four years, the bike is only being sold due to a change of direction.  Recent work has seen a new Amal concentric Premium carburettor fitted, the Lucas racing magneto overhauled, a new kickstart lever fitted and kickstart shaft replaced.  The petrol tank liner has also been replaced along with new petrol taps.  In good running condition, the bike comes with the purchase document, import papers, invoices and old registration papers.  A fine example of this quintessential British post-war single, the Matchless will be sold unregistered and with No Reserve. 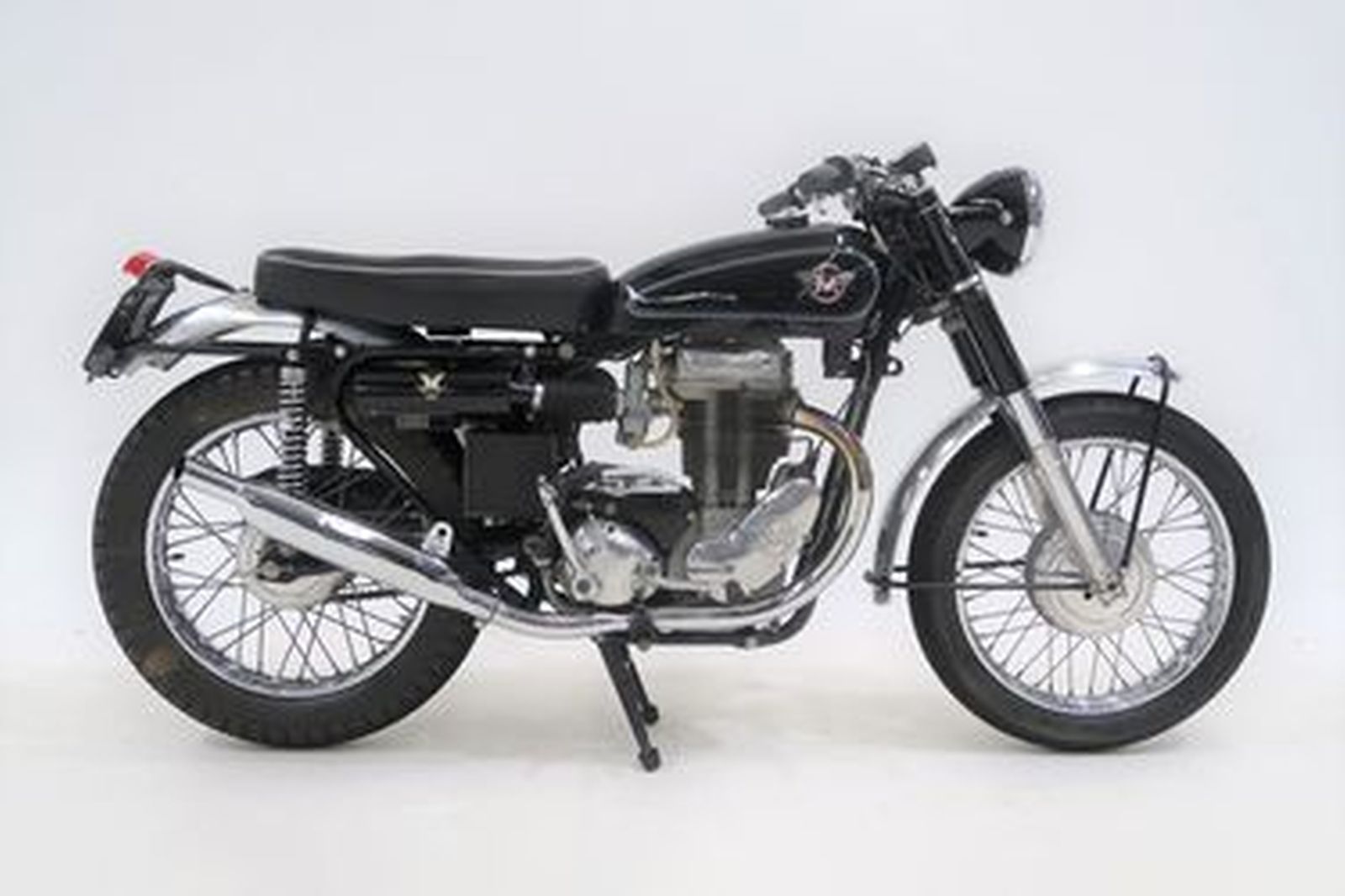