2650 people have viewed this lot

Long since absorbed by the British Motors Corporation empire, the proud old marque of Wolseley - one of Britain's oldest - was reserved for the more upmarket models in the BMC range and the 1500 of 1957-1965 was essentially a luxury version of the sporting Riley 1.5. Designed around a modified Morris Minor platform, the Wolseley 1500 was built at Longbridge in considerable numbers and employed BMC's B-series engine, a 1489cc unit developing some 43 horsepower at 4200 rpm. Independent front suspension, high gearing and rack and pinion steering lent the Wolseley a sporting air, but the walnut veneer dash and door cappings added a touch of luxury not found in other small saloons of the day. The floor-mounted gear change operated a standard BMC four-speed box, with a high final drive ratio of 3.73:1 for excellent highway cruising. Launched in April 1957, the Wolseley offered a top speed of almost 80 mph for the £530 asking price and was lauded in contemporary road tests for offering exceptional quality at an affordable price. The conventional styling was suitably attractive, with plenty of chrome touches and examples were often finished in period two-tone colours with an interior that repeated this motif, although a cheaper 'Fleet' model was available with monotone trim and Vynide upholstery. A slightly updated model, the Mark II, was introduced in 1960 with few changes - the bonnet and boot-lid hinges were hidden - and the body underwent a few further revisions in 1961, with the grille design altered. The 1500 was assembled in Australia from September 1957, along with local derivatives the Morris Major and Austin Lancer, and it became the best-selling Wolseley ever made, proof of the car’s inherent virtues. The Wolseley was even rallied in period, with John Gott and Chris Tooley co-driving a works BMC entry in the 1958 Monte Carlo Rally, and the same car won its class the following year in the 1959 RAC Rally. As an affordable alternative to the Morris Minor the Wolseley has much to commend it - greater luxury, better performance and exclusivity help set the 1500 apart from its close relative.

Everyday family transport of the ‘50s are not generally the cars that have been preserved and cherished by collectors and enthusiasts since back in the day. But of course, there are always exceptions, such as this 1957 Wolseley 1500. Against the odds this family sedan has survived well past 60 years and has clearly been loved along the way. Originally built in a two tone white-over-grey colour scheme was renewed in a classic period two-tone cream-over-blue paint and its steel wheels repainted, both now baring the scars of a life lived. So too the body’s chrome trim which has also been given attention but with some elements showing signs of pitting. Other details are showing their age as well, like the front park light lens which are crazed. Inside, maroon-coloured vinyl trim features with new door cards, carpets, and headlining. However, the maroon seats with off-white piping are suffering from a mixture of use and the effects of the blazing Australian sun. The wood is in nice shape across the top of the dashboard and door cards. Mechanically, the 1500cc Wolseley four-cylinder is now breathing through a stainless steel exhaust and new tyres are fitted all round. This UK-built sedan also comes with its owner’s manuals, workshop manuals and various other paperwork. A great period piece harking back to a gentler time, this is a fun, affordable classic that will carry the whole family. Previously on full Victorian registration, our 1957 Wolseley 1500 sedan is being sold here unregistered and with no reserve. 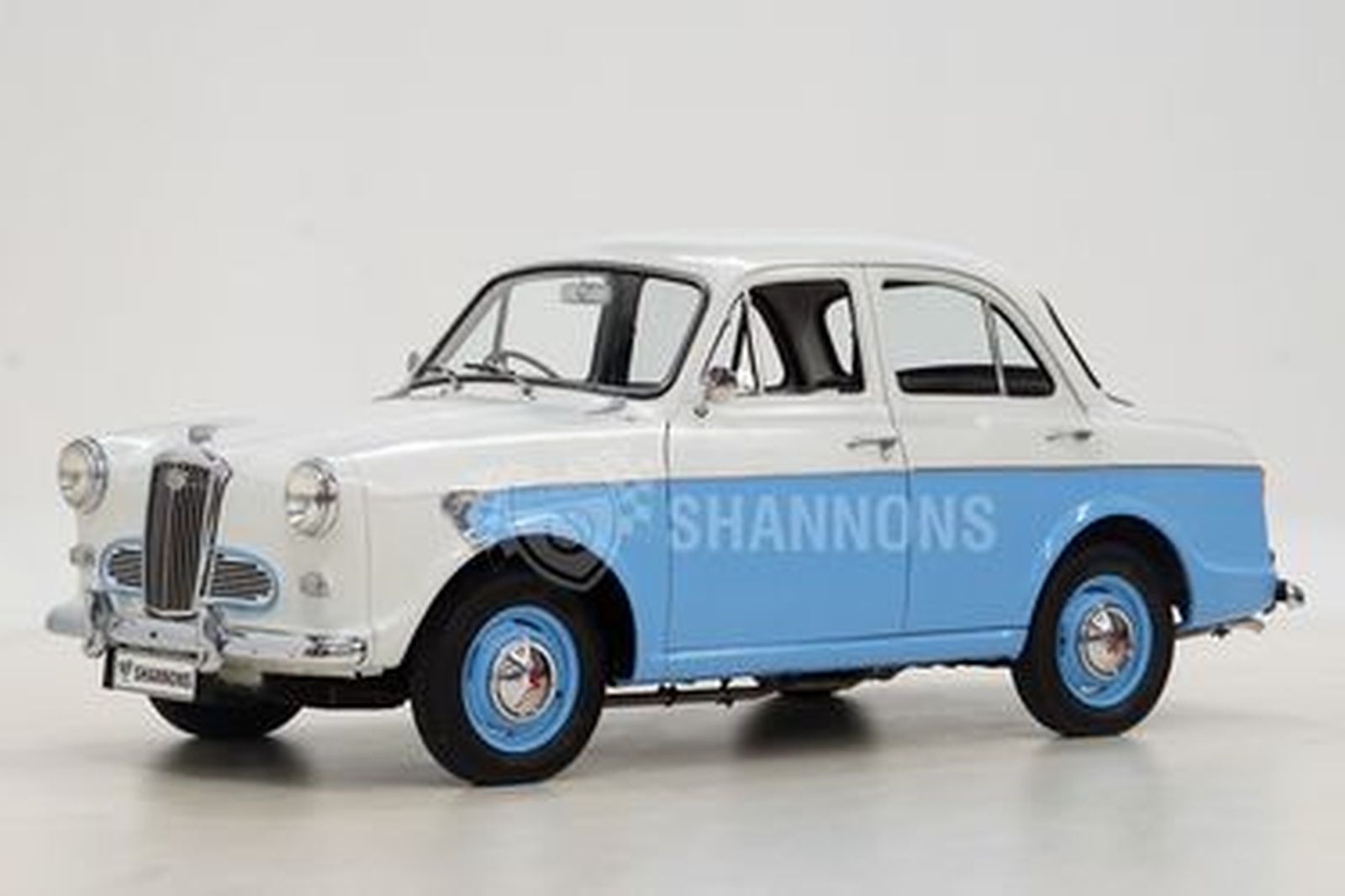 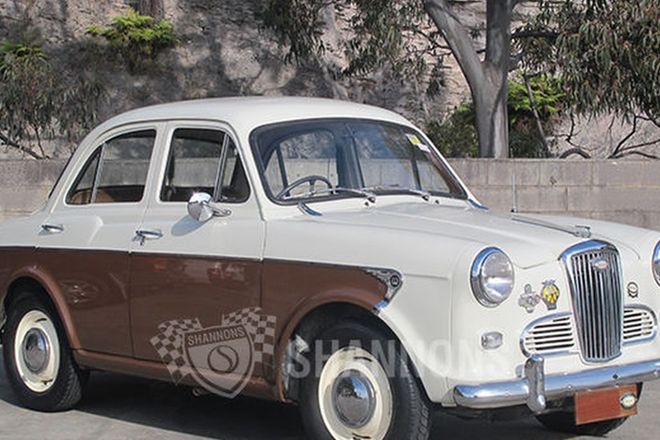