2479 people have viewed this lot

MG's T-series Midget family began back in 1936 with the first TA and remained in production - with a break during the Second World War - until 1955, the fifth and final development being the TF launched in 1953. The last of MG's traditional square-rigged sports cars, the TF was originally something of a stopgap designed to fill the breach until the new MGA entered production, but for many enthusiasts it is the best of the lot. The TF's lines were subtly modernised by raking the radiator shell and integrating the headlamps into reprofiled, more flowing wings, but pre-war styling cues like the fold-flat screen remained intact. The TF's cockpit was updated with a new dashboard design with three octagonal dials and more supportive seats, while the unpopular pressed-steel disc wheels found on the TD were ditched in favour of traditional wires. Mechanically the TF was essentially a carryover from its predecessor, the rugged 1250cc engine benefitting from valve and carburettor improvements. The XPAG motor provided willing performance from its 57 horsepower and there was adequate stopping power from Lockheed hydraulic brakes. In total some 6200 1250cc TFs were made before a revised 1500cc model (as we have here) was announced mid-way through the production run. The vast majority were exported to the United States where GIs returning from Europe eagerly snapped them up for America's burgeoning sports car scene. The TF remains at its best on winding country roads, the superbly weighted rack and pinion steering and predictable handling combining to make every trip an experience to savour. T-series ownership is a rewarding experience, with a thriving national club scene offering plenty of shows and rallies around the country each year and a strong network of local specialists for parts supply and servicing.

Built in early March 1955, this MG TF 1500 was dispatched for Australia three days later on the ship ‘Chantala’ from which it was delivered to importer P&R Williams of Sydney in May that year. Here all its life, this TF underwent a rebuild by the vendor around seven years ago, and since then has been used sparingly on club runs and display days. It presents now as an older restoration having undergone a colour change at some stage from its original factory red to cream, which now displays some chips and scratches in a few places. The interior is complete and original, however, but the red leather trim needs feeding, with the driver’s seat displaying some creasing. Its 1500cc four-cylinder engine is also the original unit, which is confirmed by the British Motor Industry Heritage Trust (BMIHT) certificate that comes with the car. Having been raced early in its life, the engine has been rebuilt and modified with a Brown & Gammon (UK) billet crankshaft, Mahl pistons, mild Watson camshaft and Vandervell big end and main bearings. The head has new valves and seats along with a lightly tuned Peter Warren (Qld) camshaft. The whole assembly was then dynamically balanced, and a new clutch fitted. A taller diff ratio has also been installed to take advantage of the engine’s extra performance. Other features include the original aero screens, silver-painted wire wheels, a single driving light up front and a biscuit-coloured roof with matching side curtains. Recently, a new fuel pump and battery were fitted. So, this TF is complete and ready to use as is or refurbish further. It comes with an original Operation Manual and Workshop Manual, various receipts and some history of the work carried out by previous owners. Formerly on Victorian club registration, this 1955 MG TF 1500 is being offered for sale here unregistered. 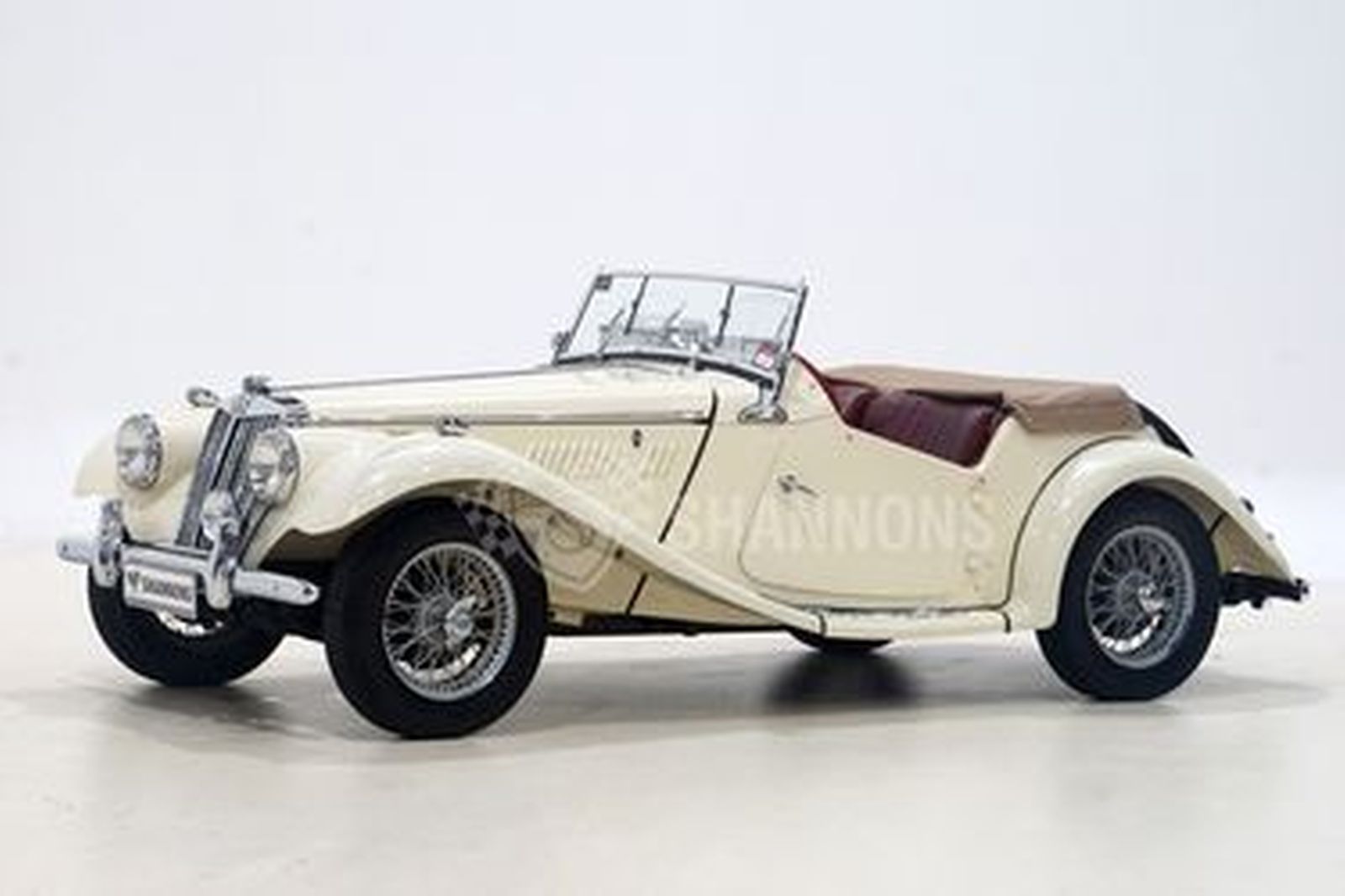