2933 people have viewed this lot

Conceived as a replacement for the wartime Jeep by the Rover Car Company immediately after the cessation of hostilities, the Land Rover first appeared in prototype form in 1947 and used a production Rover 10 engine driving through a standard gearbox with specially built dual-range transfer box. With permanent four-wheel drive, simple but rugged engineering and basic styling, the first Land Rovers did well in the crucial export markets and a great many found their way into service on the land, in the military and industry in Australia over the years. The earliest Land Rovers all shared an 80-inch wheelbase steel box-section chassis with lightweight and easily detachable aluminium panels, including doors, bonnet, and windscreen, making them a versatile go-anywhere machine. A more conventional dog clutch arrangement was introduced in 1950 and the original 1.6-litre side-valve engine was enlarged to 2-litres in 1952, with a useful hike in power - both welcome improvements - but bigger changes were in store. In 1954 Land Rover unveiled a revised 86-inch wheelbase model, supplemented by a longer-wheelbase Station Wagon version on a 107-inch wheelbase, with seating for up to 10 on the rear bench seats. Mid-way through 1954 a new “spread bore” motor was adopted, with better cooling between the cylinders. Now celebrated as an automotive icon, interest in classic Land Rovers is at an all-time high and Series I models are fetching record prices around the world.

There’s no question the Land Rover is an automotive icon and today examples of the very earliest cars – retrospectively known as Series 1 – are highly sought-after. Although it’s considered a 1950 model year vehicle, this 80-inch was assembled in Australia by dealer Regent Motors from a CKD kit put together at the British factory on 29th August,1949. Thus, it has many rare features only seen on 1949 models, like the ring-pull gearbox, wide rear tub, and chassis fishplates. Still featuring its original 1.6 litre four-cylinder petrol engine, four-speed manual gearbox and axles, this Landie has been restored recently. Its aluminium body still bears witness to a life well-lived with some scars under the new green paint. There’s also new dark green three-seater bench seat trim, black rubber floor matting and new khaki green ‘tilt’ roof. The mechanicals have been rebuilt and so too have the electricals. The Land Rover comes with a British Motor Industry Heritage Trust record of its production and original factory specifications, plus a folder with various paperwork and images of its restoration. All of which is why this Series 1 is bound to generate a great deal of interest among Land Rover aficionados. The Land Rover Series 1 is being offered for sale here unregistered. 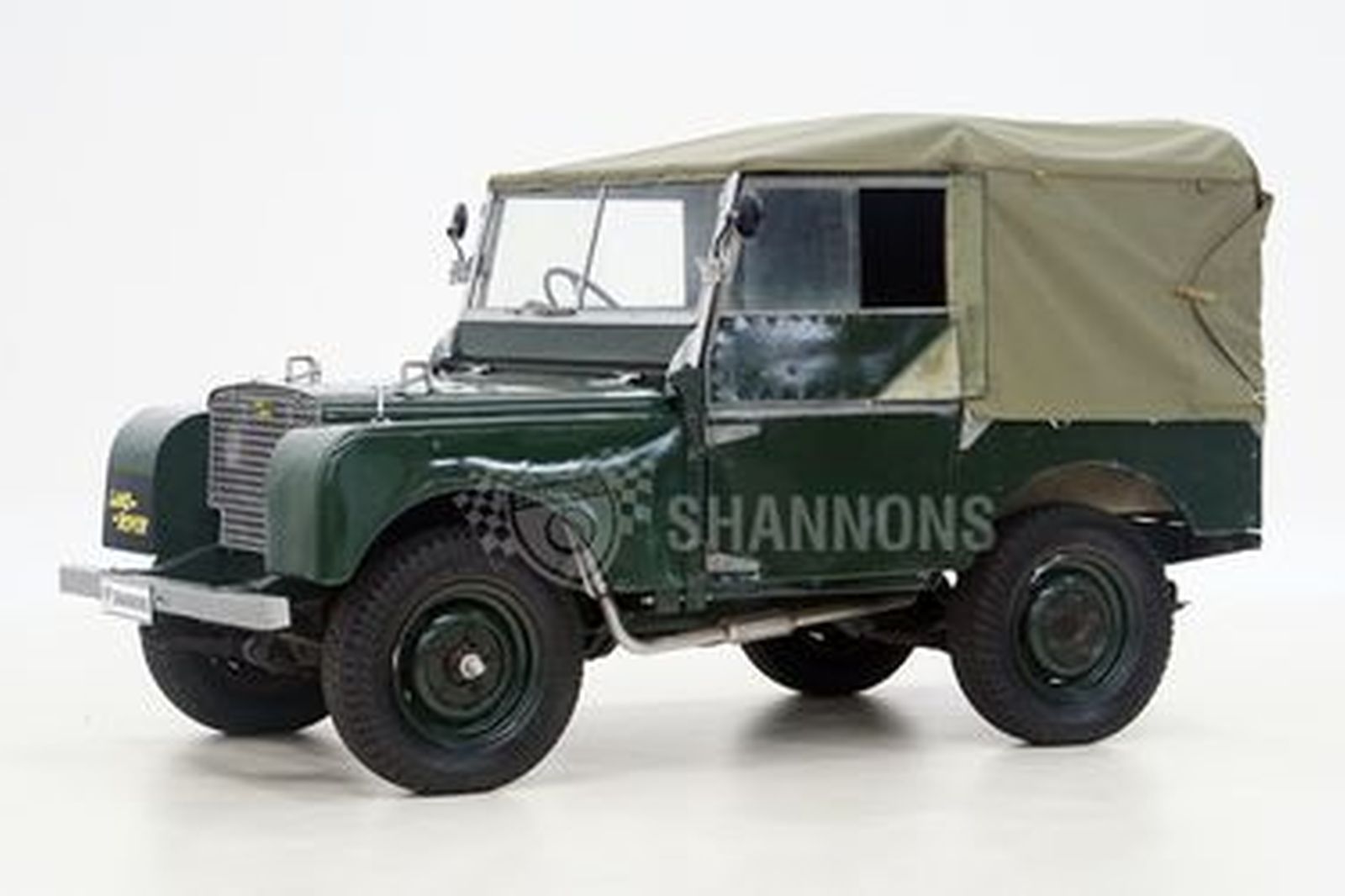