7530 people have viewed this lot

This lot is no longer available
In 1951 at the Frankfurt Auto Show, Mercedes-Benz introduced a new range of vehicles that would be its top-of-the line offering in the post-war era. Two configurations were launched, a limousine and a four-door Cabriolet. The 300 Series, also known as the W186, was first shown at the 1951 Paris Auto Show and it became instantly popular with the social elite, the rich, and the famous. Available in seven different colours, the cars were powered by a six-cylinder overhead valve carburetted engine. Optional equipment included a Becker radio, VHF short-wave telephone, custom wood trims, leather or cloth seats, carpeting, and even a dictation machine. In late 1954, the model was updated resulting in the 300B, whose improvements including finned drum brakes, a brake booster, and vents in the front door. The next instalment of the 300 lineage was the 300C, which appeared in 1955 and continued through to 1957. The 300 'D' model, series W189, was produced from August 1957 and continued until March 1962. There was a total of 3077 examples produced. These cars were powered by a Bosch fuel-injected six-cylinder engine that produced an impressive 160 horsepower, and a Borg-Warner automatic gearbox was a popular option. Total production of the six different 300 series cars, which lasted from 1951 through 1962, amounted to 12,290 units. A limited number of the 300 Series limousine and cabriolet models were also given the name 'Adenauer', which was derived from Dr. Konrad Adenauer, the chancellor of Germany, who used six of these 300 models during his time in office. 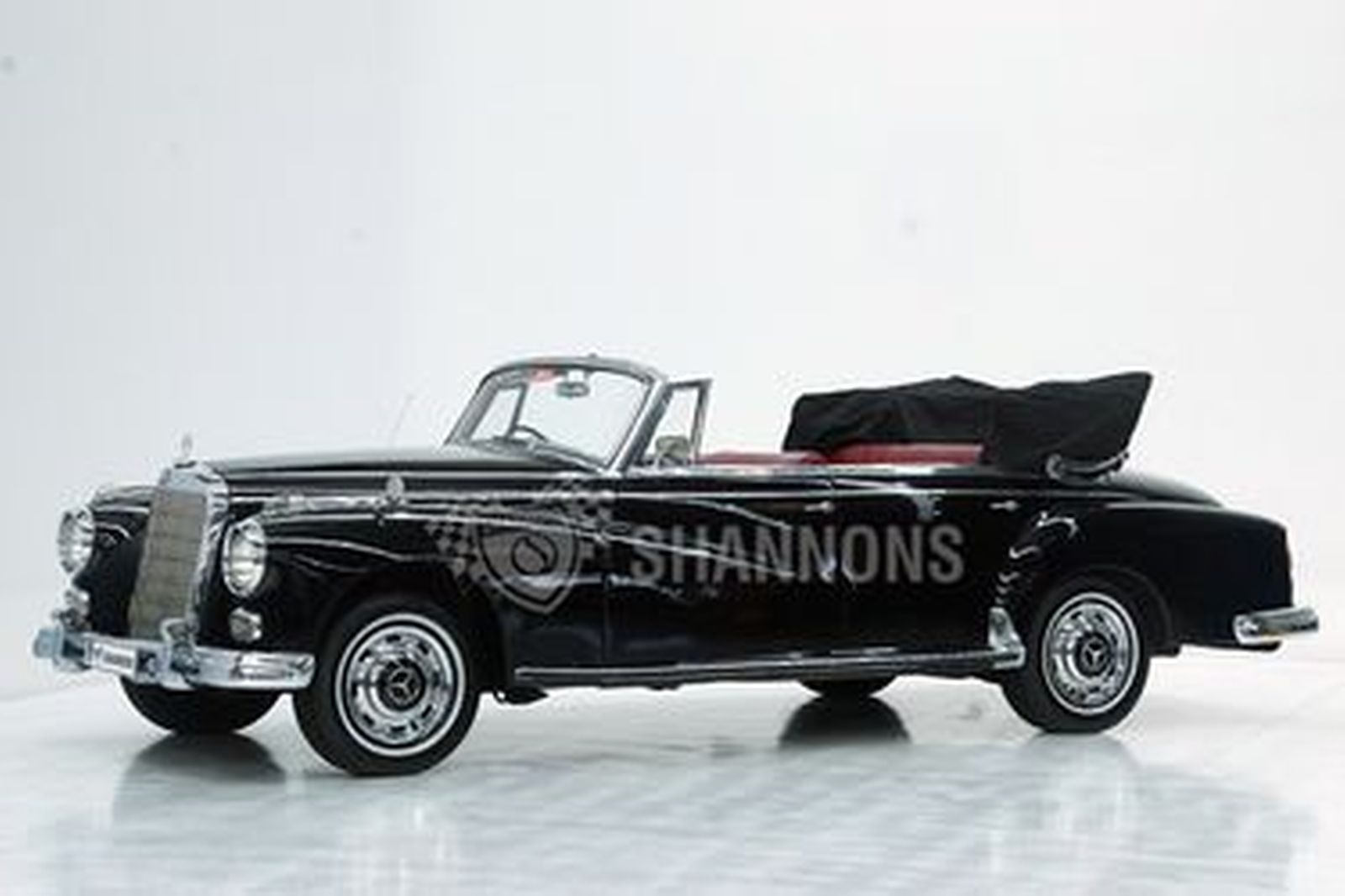