5470 people have viewed this lot

This lot is no longer available
The second-generation BMW 5-Series, codenamed E28, was an entirely new and significantly improved model from the outgoing E12. A superbly engineered sports saloon, the new 5-Series featured redesigned suspension front and rear for better ride and handling, along with a reworked range of six-cylinder engines with the latest Bosch fuel-injection technology. The E28 range topper was the 535i model with a 3.5-litre M30 version of the silky-smooth straight six engine, developing nearly 220bhp, which was available in either automatic or five-speed manual form. For the E28 better build quality was another key area of improvement, along with a beautifully designed cabin that set new standards in both ergonomics and passenger comfort. In the luxurious 535i every conceivable feature of the time was available including air conditioning, power windows, electric mirrors, and central locking. Sitting atop of the 5-series range was the M535i, a production limited sports version of the regular 535i. The M535i used the engine of the mainstream 535i model but featured a Getrag five-speed close ratio dogleg gearbox, plus firmer M-Technic driver-oriented suspension, limited slip differential, sports alloy wheels, and a factory sports body kit. Inside, there was a full leather-trimmed cabin with special sports seats up front and individual rear seats (thus it was only a four-seater), plus a two-way electric sunroof. Factory performance figures of the period claimed a top speed of 230 km/h and 0 to100 km/h acceleration time of 7.2 seconds, quick in its day. The E28 BMW 5-Series was a driver's car first and foremost and in this range-topping M535i guise was both hugely desirable in its day and limited in production (being built at the Dingolfing and Rosslyn factories), making it highly sought after today among aficionados. 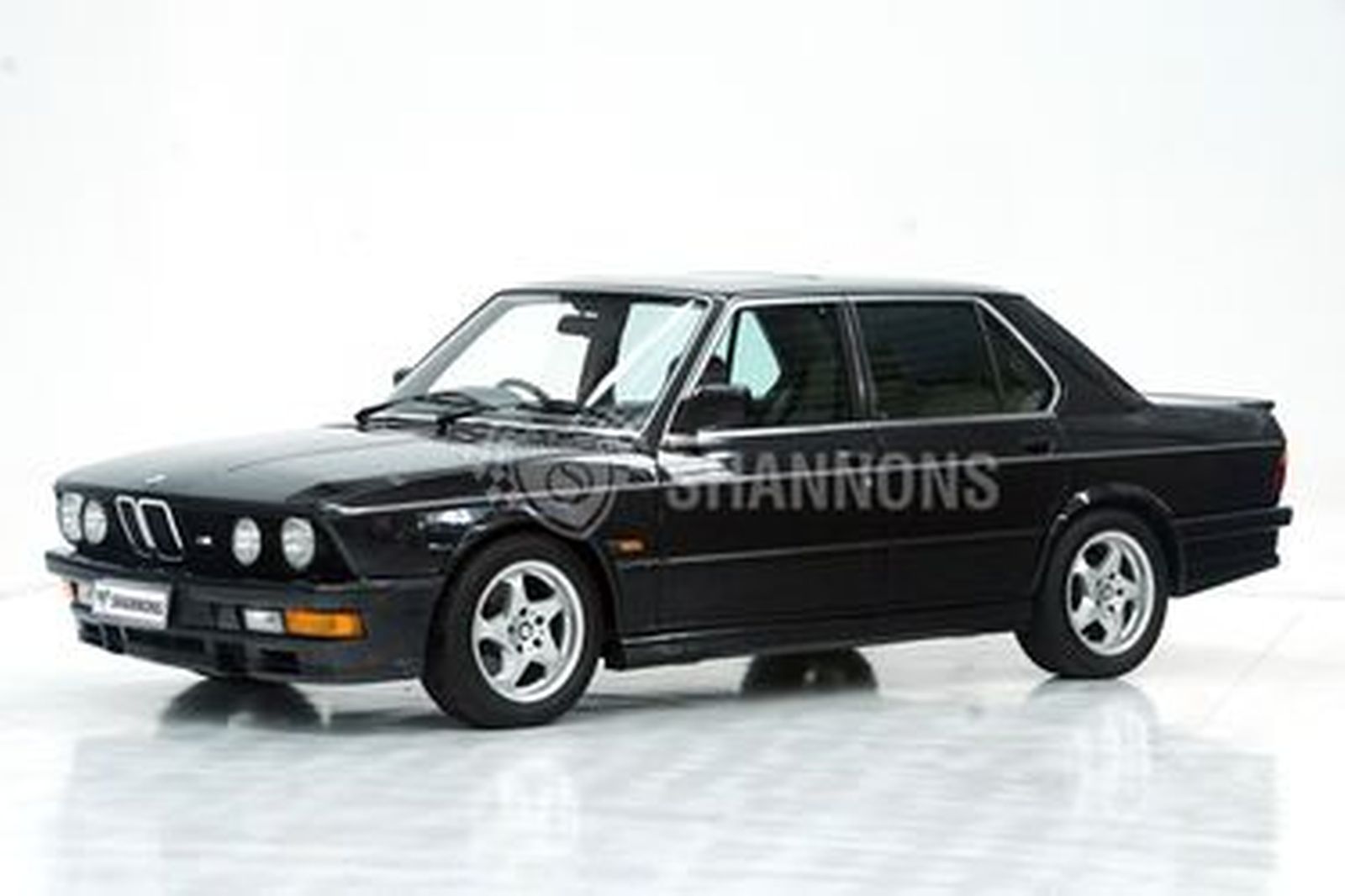