7940 people have viewed this lot

This lot is no longer available
David Dunbar Buick was a Scottish industrialist and car builder who, after making his mark with a process for annealing porcelain to steel for bathtubs, turned his attention to the horseless-carriage phenomenon. His first car, appearing in 1903, was a simple chain drive runabout with flat-twin power. One engine feature, overhead valves, was a rarity then, but has been a hallmark of almost all Buicks since. Not long after its early adventurers, Buick was absorbed in 1908 by the giant General Motors conglomerate and went on to produce varying success until death its ultimate demise in 2010. In 1936 Buick models were updated with a more elegant appearance and many improvements, including modern all-steel 'Turret Top' body construction. Additionally, there was an advanced overhead-valve inline eight-cylinder engine, which would remain in use through until 1952. These new models, along with a landmark advertising campaign, helped Buick post sales in excess of 225,000 by 1937 and climbed to a sixth-place sales ranking. For 1938, Buick offered the Series 40 Special, Series 60 Century, Series 80 Road master and the Series 90 Limited. Each rode on a different wheelbase, had different engine output, body style and cost, giving this diverse model range wide appeal. The Buick Century Convertible Coupé (CC) was part of Buick's Series 60 series and featured its 5.2 litre straight eight naturally aspirated engine with overhead valve gear and 2 valves per cylinder. It developed 89 kW of power at 3200 rpm and maximum torque of 323 Nm at 1600 rpm. Drive was to the rear wheels via a three-speed manual transmission. Its stylish convertible two-door body was surprisingly accommodating, with room for four passengers and a pair of smaller passengers in the rear dinky seat. 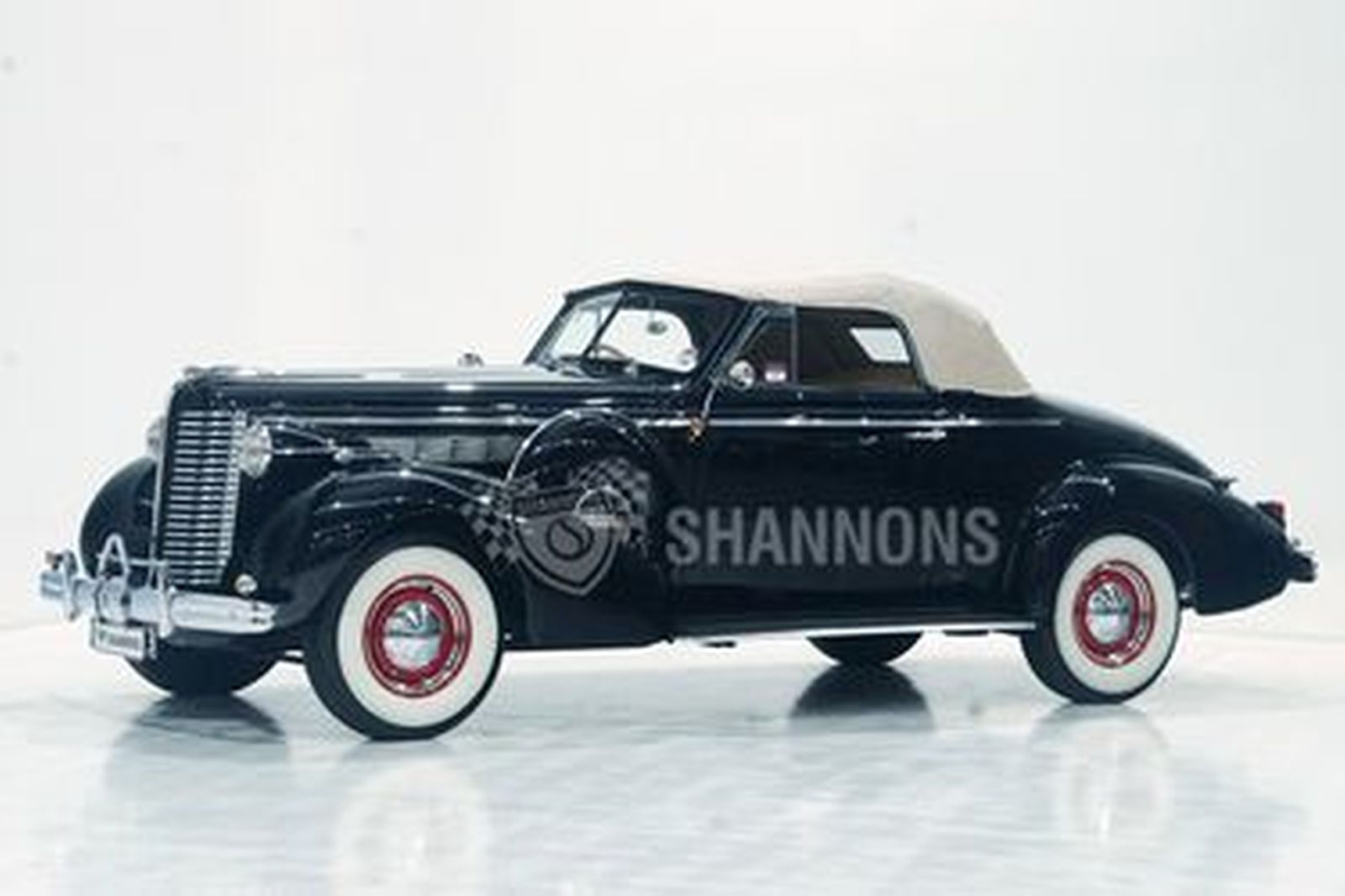