2820 people have viewed this lot

This lot is no longer available
Prior to its demise in 2004, Oldsmobile boasted the longest history of any division of the General Motors corporation.  Dating back to 1897, classics like the Curved Dash model helped establish Ransom Eli Olds' reputation as a maker of quality motor cars.  Oldsmobile joined the high-performance revolution in the 1960s with the 4-4-2 package of 1964 combining luxury with serious grunt.  The 4-4-2’s popularity continued well into the 1970s although the Fuel Crisis curtailed any serious performance aspirations.  Introduced as a compact back in 1961, the Cutlass remained Oldsmobile’s intermediate line in 1975 and was available as a coupe, sedan or station wagon in a range of trim levels, from the base series, the ‘S’, Supreme and Salon.  The distinctive Colonnade A-body styling, so-named due to the fixed rear side glass, utilized a traditional body on frame construction.  Befitting a luxury personal coupe, the Cutlass S came with a long list of standard features including front disc brakes, power steering, full carpeting, lighting and molding packages and a choice of vinyl or cloth upholstery.  The extensive list of optional equipment included power seats and windows, air conditioning, various radios and an Opera roof, while the 442 package was available at an additional cost of $128.00 with unique styling and handling upgrades.  The Cutlass S came with a six-cylinder engine and three-speed manual transmission under the bonnet but most buyers opted for either the 260-cid or 350-cid V8 engine and automatic transmission.  Fed through a four-barrel carburetor, the 350 V8 was rated at 170 bhp thanks to newly mandated catalytic converters and the use of unleaded fuel.  Oldsmobile ranked third overall for industry sales in 1975 with total sales of 628,720, of which just 42,921 were the Cutlass S - very few have survived and even fewer have reached Australia. 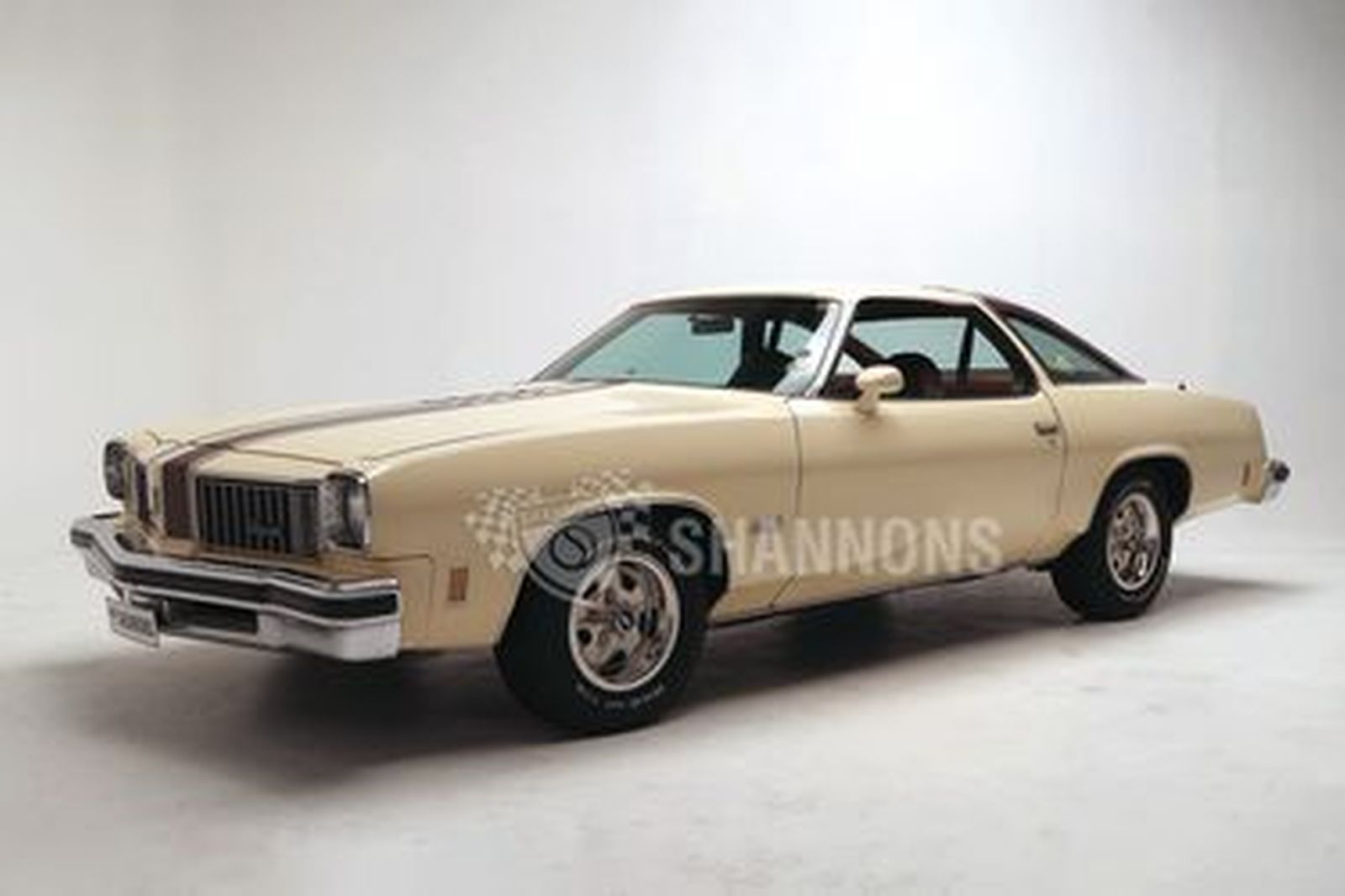