4969 people have viewed this lot

This lot is no longer available
Announced in 1968, Daimler's regal DS420 limousine was based on the extended platform of the 420G, with the bodyshells made by Park Sheet Metal before being sent to the Vanden Plas coachworks of London for final assembly. The first model offered after the merger of Jaguar and BMC, the new DS420 essentially replaced both the Daimler DR450 and VDP Princess Limousines in the corporate line-up. The DS420 utilised the same running gear as the 420G, including the 4.2-litre XK six-cylinder engine, automatic transmission and suspension, while its elegant styling was in the very best tradition of British formal limousines, from the fluted radiator to the flowing rear lines. The luxurious interior, trimmed in only the finest materials available, could accommodate seven or eight people in comfort, with luggage space to match. The rear seat was trimmed in either high quality leather hides or West of England cloth, and modern through-flow ventilation combined with a separate heater for the rear compartment. A fixed division with sliding glass separated the front and rear compartments, with an electric division part of the extensive options list. Thanks to the modern running gear, the stately DS420 was no slouch and could reach a top speed of 110 mph, with equally impressive acceleration. Encouraging early sales saw Jaguar invest in a face-lifted model in April 1972, with the two-piece rear quarter-light windows replaced with a single swivel-type window. Shortly afterwards, two limited edition Landaulettes were built, one of them used by HM the Queen and the Duke of Edinburgh on their tour of Jamaica in April 1975. Indeed, the list of Royalty, Heads of State, Ambassadors, and diplomats to have used the Daimler is extensive, including the British Royal Family which took delivery of several examples over the decades. The DS420 was almost entirely hand-built and continued largely unchanged until the final example rolled off the Browns Lane production line in November 1992. 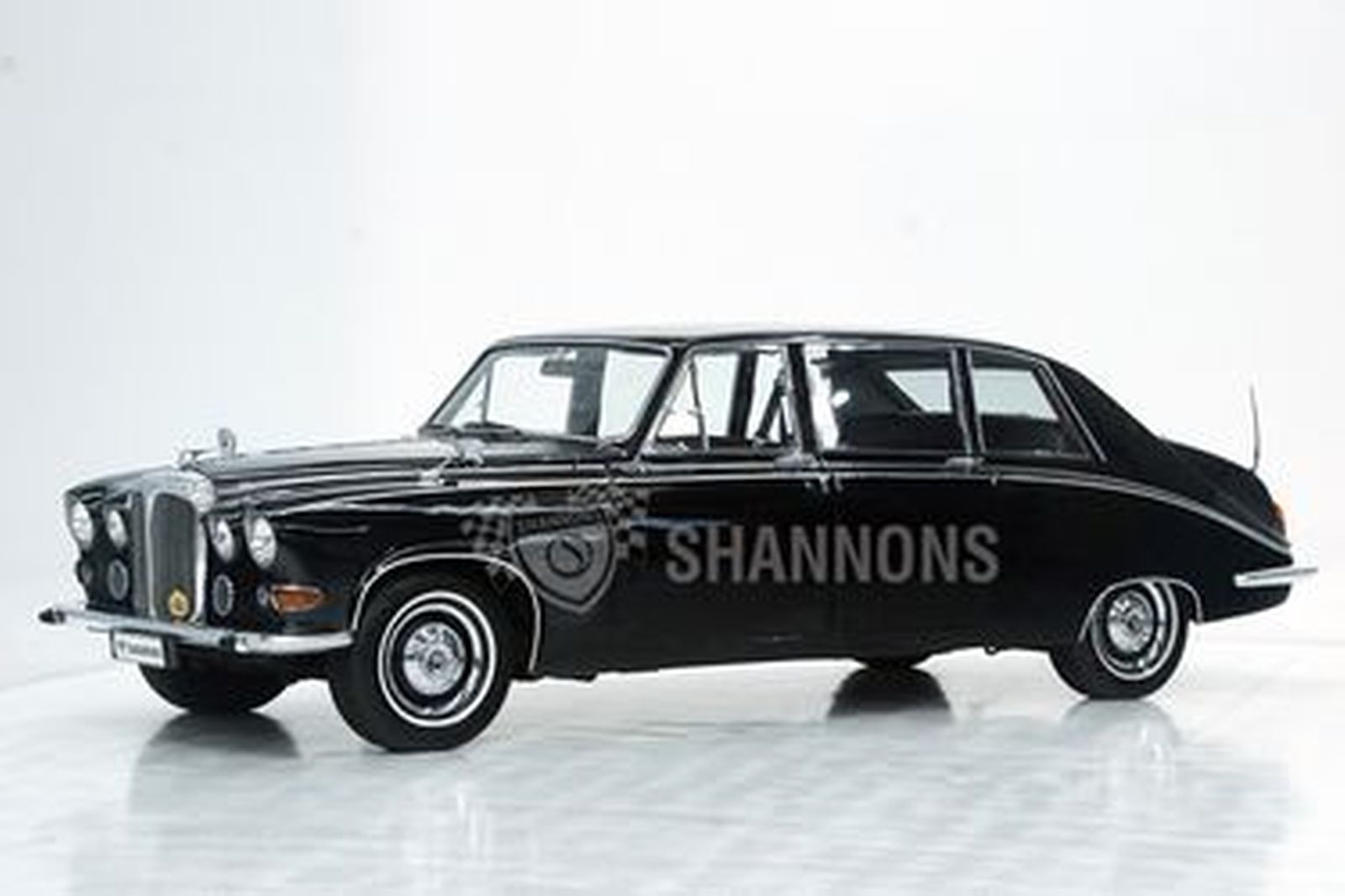