2295 people have viewed this lot

Like a well-made Italian suit, the Ferrari 365 GT4 creates an impression of discreet style thanks to the superbly elegant lines penned by Pininfarina.  First seen at the 1972 Paris Salon, the 365 GT4 was the latest 2+2 Ferrari in a lineage stretching back to the 250 GTE of the early Sixties and part of a tradition that continues to the present day with the magnificent GTC4 Lusso.  The conservative, handsome styling by master stylist Pininfarina broke away from the soft curves of previous models, with a low, chiselled nose featuring pop-up headlights and smooth, uncluttered lines.  Inside the GT4's cabin, the Ferrari exuded a luxurious ambience, with four leather-trimmed, very comfortable seats and a surprising amount of room in the rear compartment.  The heart of any Ferrari is the engine and in this case, it was an engineering masterpiece.  The 60-degree V12 (shared the F101AC type number with the 365 GTC/4) featured wet-sump lubrication, six Weber carburettors and developed 320 bhp at 7000 rpm.  With a five-speed manual gearbox, fully independent suspension and ventilated disc brakes behind the classic five-spoke light alloy wheels, the Ferrari was as technically sophisticated as one might expect from an Italian exotic car company of the era.  In production until 1976 when the 400 series was phased in, the 365 GT4 was produced in limited numbers - some 521 were built, few of which were delivered new to Australia - and unlike its successor, was only sold in manual configuration.  The basic shape of the 365 GT4 spanned 17 years and these lovely Gran Turismos represent phenomenal value for money when compared to the 365 GTB/4 Daytona or 365 GTC/4.  Indeed, the 365 GT4 is the most affordable model wearing the famous Prancing Horse to offer the ultimate combination of a V12 engine fed by Webers, traditional gated manual transmission and knock-off wheels.


This lovely 365 GT4 2+2 is one of the earliest examples delivered to Australia via the local distributors W H Lowe in Melbourne and the history can be traced back to 1977 when it first appears on Victorian registration.  Recorded in the Australian Ferrari Register with collector and long-standing enthusiast Bill Leech in the 1990s, who – with his brother Jim – owned some of the finest cars in Australia; amongst the many Bugattis and Jaguars two stand out in particular – Bill’s Maserati 300S (the ex-Doug Whiteford car) and Jim’s Ferrari 250 GT SWB Berlinetta in Pino Verde, an identical colour to the 365 GT4.  The engine was fully rebuilt by Auto Sprint Motors in August 2005 (at a cost of approximately $25,000) and BSM electronic ignition installed by Black Stallion Motors around the same time (at a cost of $4,000) for improved reliability.  The Ferrari remained in Victoria until 2008 before relocating to Sydney and the previous owner spent a considerable amount of time and money improving the car as documented by the impressive receipt file and photographs on CD-Rom.  Maintained by Ferrari specialists Les Miller Motors of Hornsby since 2009, the car participated in the W H Lowe Rally in March 2011.  The current owner has invested over $35,000 over the past seven years to further improve the car (all backed by receipts), major works include fitting all new Wilton carpets, re-trimming the dash, rear parcel shelf and associated parts in the correct HVL mouse hair material, fitting a period correct Nardi leather-rim steering wheel and Blaupunkt London MR21 radio.  All four self-levelling shock absorbers were replaced in November 2017, the lower and upper ball joints replaced in December 2019 and the air conditioning system re-commissioned and re-gassed.  Additionally, a set of brand new Michelin XWX 215/70 VR15 tyres were fitted, the rubber door seals all replaced and several paint issues corrected.  Supplied with books in the original leather wallet (it should be noted the warranty card is for another RHD 365 GT4), a reproduction Operating, Maintenance & Service Handbook, jack and some tools, the car is currently registered on non-transferable Historic plates in NSW and will, therefore, be sold unregistered. 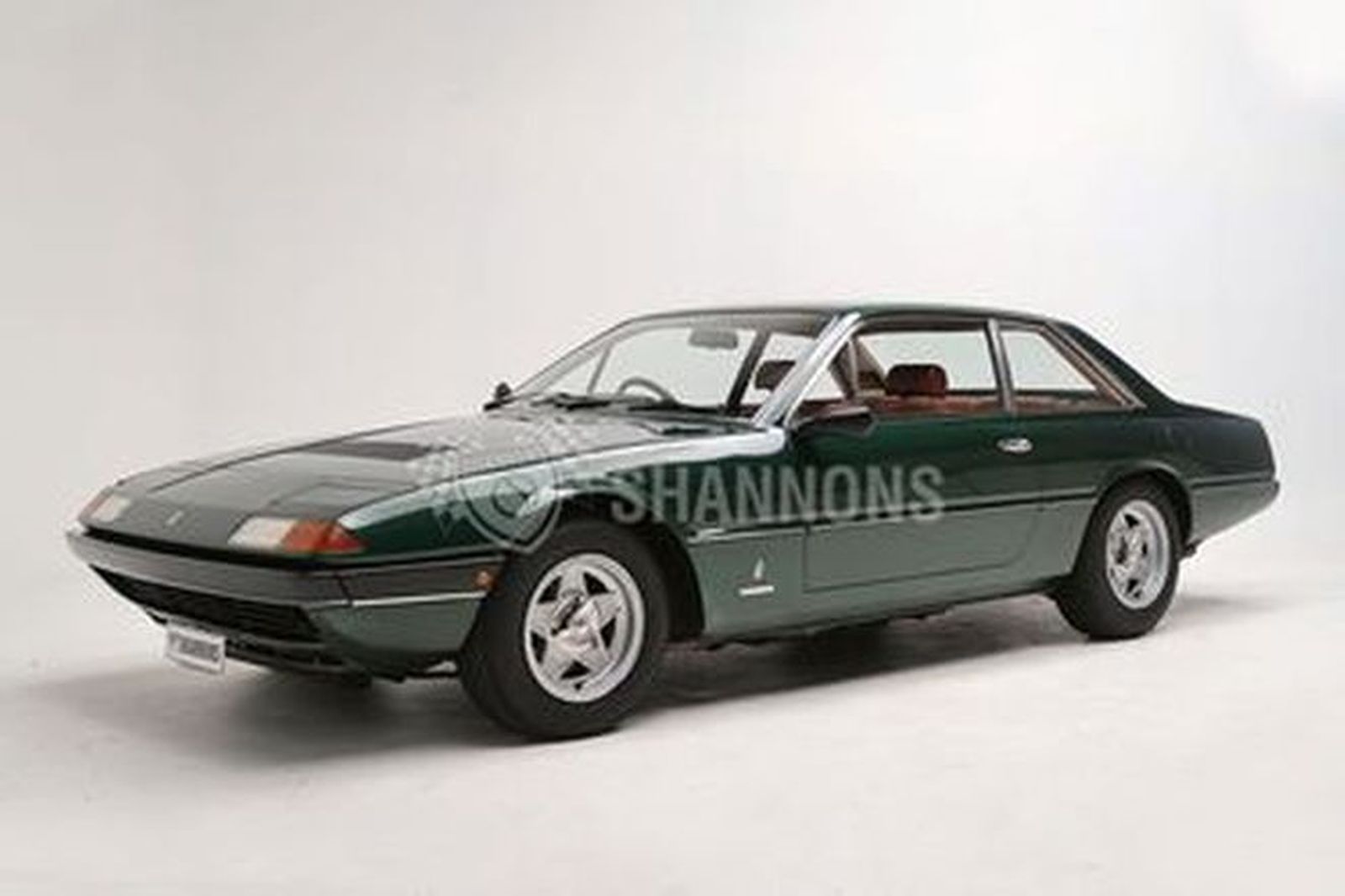