6536 people have viewed this lot

It is hard to believe the 911 was launched almost six decades ago, but at the time of its arrival in 1963 the latest Porsche was hailed as a masterpiece and has since become an enduring motoring legend. Retaining the rear-engined layout of its predecessor, the 356, the air-cooled, horizontally opposed engine now had six cylinders but the rest of the 911 was entirely new, with monocoque construction and timeless styling that has become the most widely recognised sports car shapes ever created. In 1968 the 'B' series 911 was introduced and with it came a slightly increased (by 560mm) wheelbase - the first real measure to curb the 911's notorious (at the time) tail swinging, on-the-limit handling. With this change also came a capacity increase to 2195cc across the board and the introduction of the mid-level 911 E model which was to become its most popular for a time. Outputs for each model’s state of tune was 93kW for the base-model T, 116kW for the E and 134kW for the S. The move to 2.4 was the first of many over the 911’s lifetime, as were various specification and equipment improvements which could be described as evolutionary rather than revolutionary until the switch to water-cooled engines in 1998.


Porsche’s first-series 911 has long been an icon of automotive design and collectability. Examples of the diminutive German air-cooled coupe have been bringing strong money among enthusiasts for a decade or more, and interest in these early cars remain strong. Owned since 1975 when it was purchased in the UK, this attractive special order Gemini Blue Metallic 911E 2.4 is immediately recognisable as a 1972 model, with its oil filler hatch directly behind the driver’s door. Very well optioned from new, factory options include 15” Fuchs wheels, tinted windscreen and side glass, rear window wiper, sunroof, electric windows, 18mm rear anti-roll bar, impact absorbing bumpers front and rear, and high-gloss wheel arch trim. Unrestored and unmodified, its largely original paint remains in gleaming condition save for some gravel rash to the nose, small chipping to the trailing edges of both doors, and a small dent and scratch to the right front guard. Inside, the Light Tan trim with matching Perlcord ribbed cord cloth inserts are in exceptional original condition, as are the coffee-coloured carpets and off-white headlining. Typically spartan for a period 911, the interior displays little patina for its age. This 911E has been well stored for approximately 30 years (on blocks) and started regularly by its enthusiastic 99-year old owner and so has avoided multiple owners and the fashionable enhancements made to so many of these cars down through the years. What’s more, this 911E retains its tool kit, its original owner’s manual and service books in the original factory wallet, and spare keys. By far one of the best and most original example we have come across, this presents a rare opportunity for a collector, and will no doubt continue to be highly collectible. This 1972 Porsche 911E is being offered for sale here unregistered. 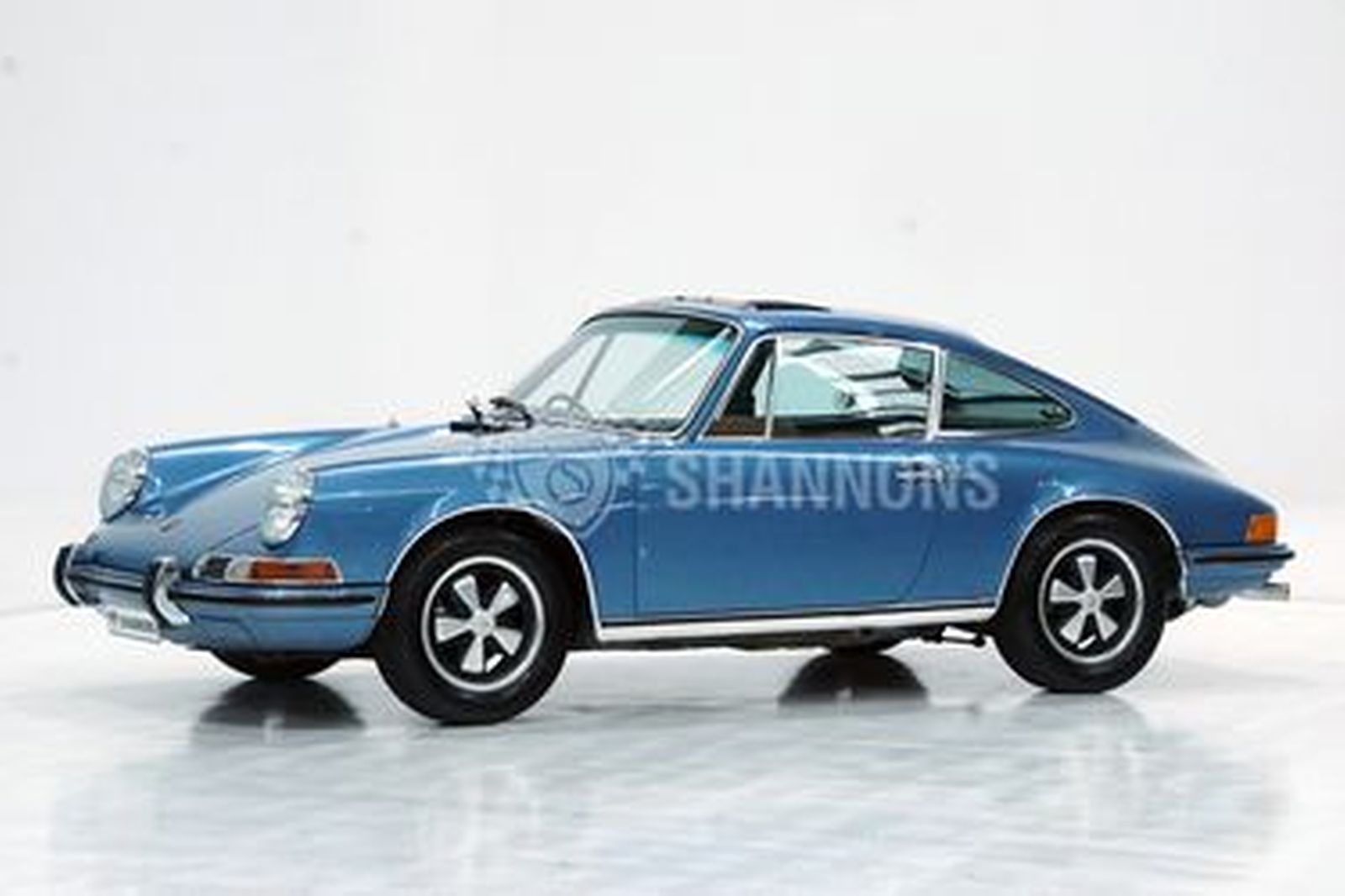