4803 people have viewed this lot

Introduced in 1963, the Fairlady was Datsun’s first serious attempt at building a sports car, the attractive Italianate styling coupled with some distinctly Japanese touches.  Sold in both right and left-hand drive form, the Fairlady was a roadster very much in the European sports car idiom and well equipped by the standards of the day, with a clock, radio and tonneau all standard.  The earliest 1500 models came with an unusual side-facing rear seat for a third passenger and had a single-carburettor version of the G15 engine lifted from the Cedric sedan, developing 77 horsepower, while the remaining mechanical components were shared with the 310 series Bluebird.  On subsequent twin carburettor models built in 1963-1965, the side draught 38 HJB Hitachis boosted output to 85 horsepower at 5000 rpm.  A facelifted model was announced in 1965, with the original SP310 joined by the 1.6-litre SP311 version and a Silvia Coupe derivative, while the ultimate 2000 model of March 1967 saw the Fairlady through to the end of production in 1970.  By the late 1960s the rest of the world had begun to recognise the virtues of Datsun’s delightful little sports car and it enjoyed a successful career in Sports Car Club of America events, winning the C and D Production classes thanks to John Morton, Bob Sharp and others.  The Fairlady proved a commercial success as well, with over 50,000 sold and inspired future generations of Datsun sports cars, including the legendary 240Z.  Today the Fairlady enjoys a strong following both in Japan and abroad, including Australia where it was marketed as the “Datsun 1500 Sports” from October 1962 – obviously Nissan’s marketing gurus felt the Fairlady moniker might be a little off-putting to the average Aussie bloke in the 1960s!

A good example of Datsun’s classic 1960s Fairlady sports car, this example is one of the last 1500cc SP310s built in 1965 and is understood to have previously lived in Japan.  Both the ID plate and engine are stamped R0000003 which may suggest it was an early 1600cc car - indeed the vendor was told by the previous owner the motor was built to race specification.  Extensively upgraded, the car has been set up for track or tarmac events with twin Dellorto DHLA 40 carburettors, a five-speed gearbox, front disc brakes and Dragway alloy wheels under flared wheel arches.  Other notable features include a roll bar, race seats and harnesses, plus a modern sound system.  Enjoying the Datsun on weekend runs around his home town on the NSW South Coast, the current owner has recently had the car serviced and a few minor faults rectified, including the speedo.  Currently registered in NSW until August 2020 and ready for the next owner to simply climb aboard and enjoy the thrills of open top sports car motoring, the Datsun will be sold at No Reserve.
Note: Shannons advise that all potential buyers research all vehicles before purchase to authenticate originality. 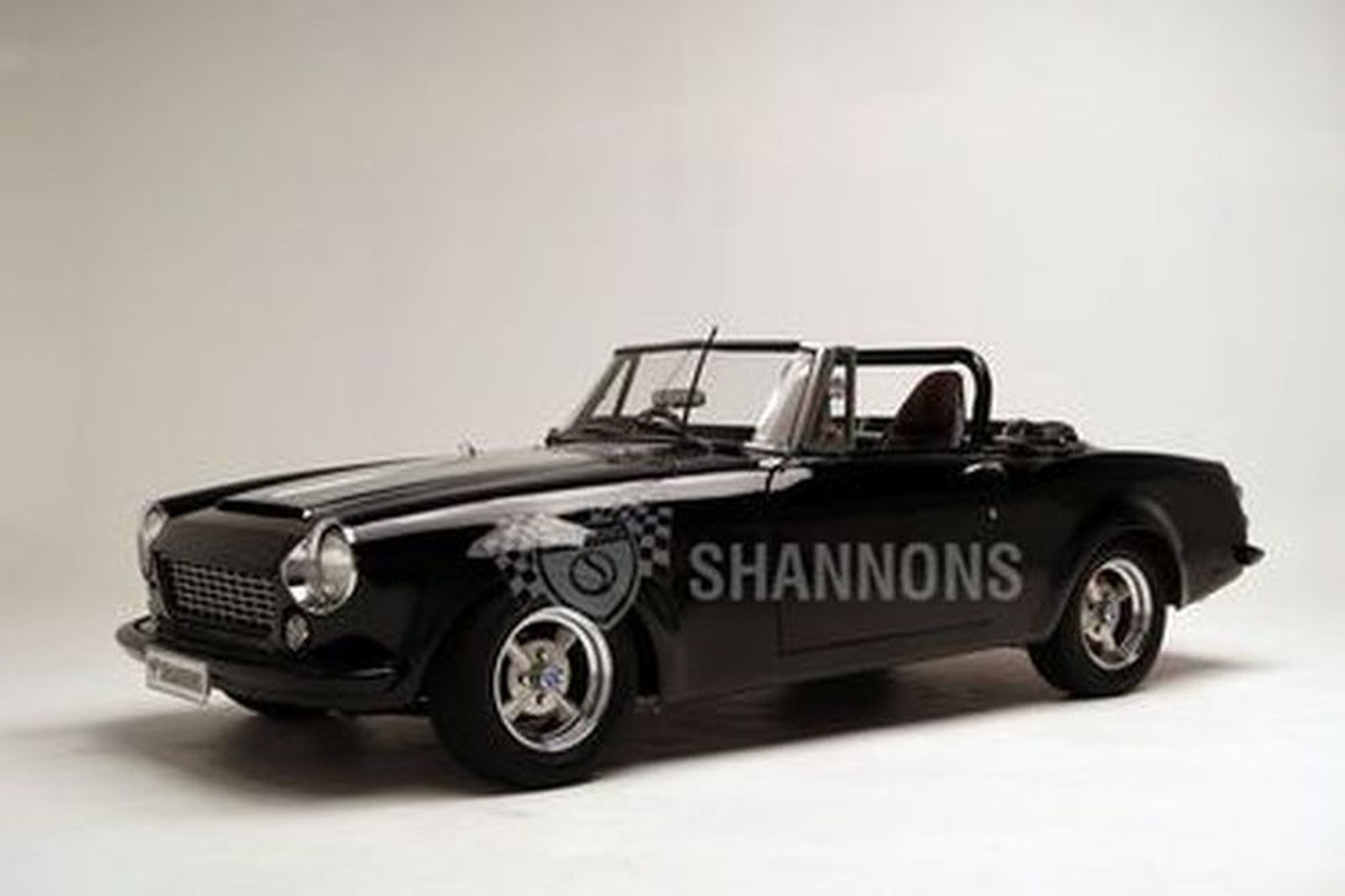