3386 people have viewed this lot

The patrician Packard straight eights are amongst the most coveted of all American classics, with superb engineering, wonderful styling and a build quality of the highest standard – for years the Packard was in a class of its own.  That Packard were able to survive the Great Depression, a time when huge numbers of automobile manufacturers disappeared, is further proof of the inherent quality found in these cars.  By the mid-1930s, with the luxury car market in general decline, Packard decided to expand their range to include a new mid-level model.  Introduced in 1935, the One Twenty was powered by an L-head straight eight and an independent front end, offered with an extensive range of body styles.  For 1937, Packard launched the smaller, cheaper Six and the One Twenty was offered in either C or CD configuration with an even greater choice of bodywork available, including a ‘Woodie’ station wagon and long-wheelbase limousine.  Renamed the Eight for 1938, the One Twenty returned to Packard’s model line-up in 1939 and remained in production until America entered the Second World War, switching to Merlin V12 engines of which more than 20,000 were made for P-51 Mustangs and Spitfires.  With a number of mechanical and styling improvements, the 1901 Series Packards of 1941 featured a new curved one-piece rear window and integrated sealed beam headlamps.  The One-Twenty was catalogued with a simplified range of eight different body styles in 1941, ranging from sedans to station wagons along with coupes and convertibles.  Built on the 127-inch wheelbase and priced at $1,235.00, the 2/4-Passenger Club Coupe boasted a luggage trunk and accommodation for five passengers.  A total of 17,100 Packard One-Twentys rolled off the production line in 1941, a figure almost equalled by the uniquely styled Clipper introduced that year.  Packard’s customers were a loyal bunch, something reflected in their advertising slogan of the era, namely “Ask the man who owns one”. 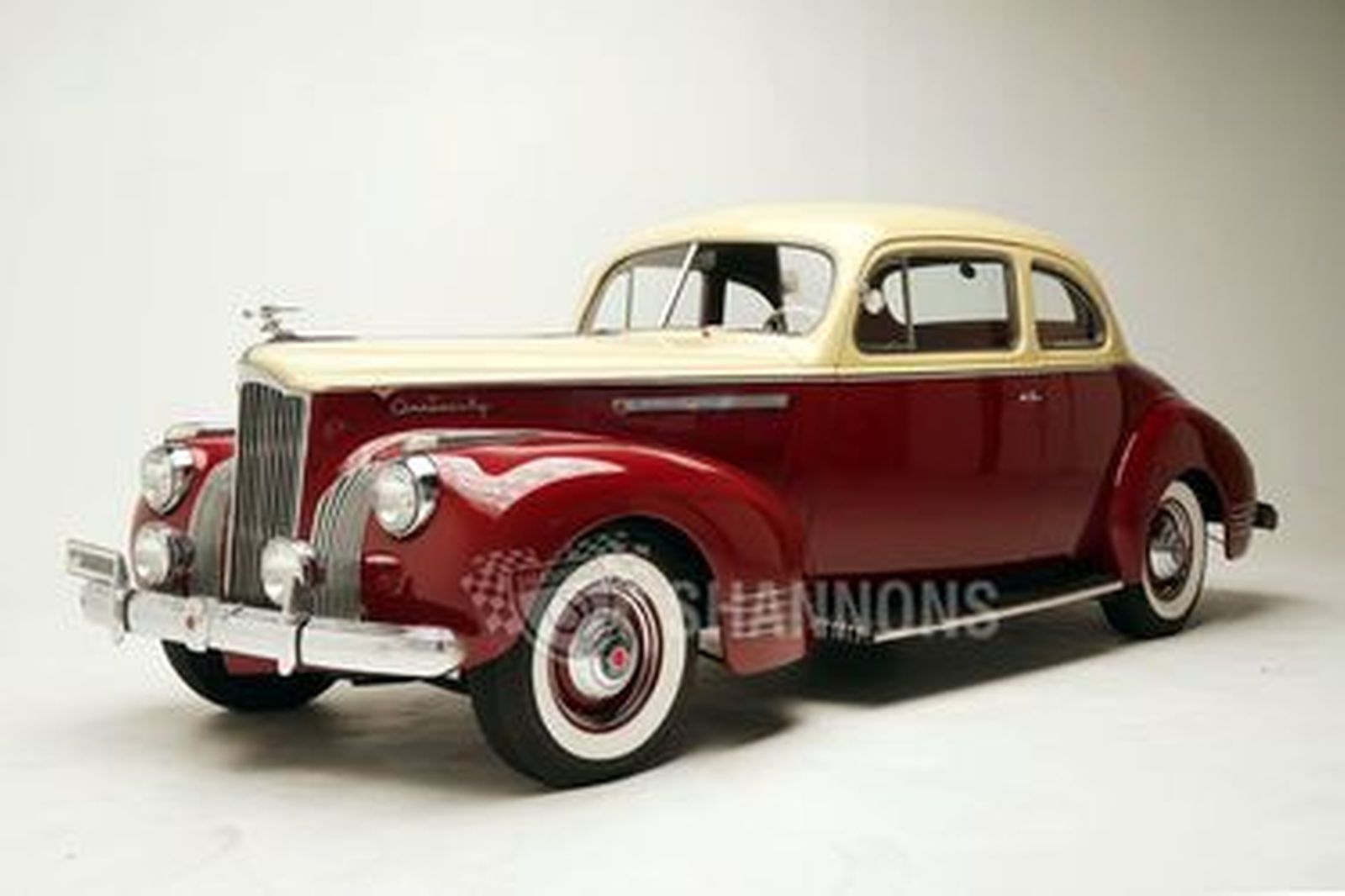