584 people have viewed this lot

Founded in South Bend, Indiana by brothers Henry and Clement Studebaker in February 1852 as a small blacksmith shop, the Studebaker Corporation had a habit of doing things a little differently, introducing a new low-slung look for the Champion and Commander series for 1953 under the direction of Robert E Bourke, head of Raymond Loewy’s design studio.  Although no convertible was offered, Studebaker continued with a two-door hardtop coupe (badged as the Starlight), and both two and four-door sedans.  Powered exclusively by the V8, the Commander was available in three trim levels – Deluxe, Regal and Land Cruiser, the latter built on an extended wheelbase with vent windows in the rear doors.  Displacing 232.6 cubic inches, Studebaker’s small block V8 was rated at 120 horsepower and featured a Stromberg two-barrel carburettor.  Retailing for $2,316, just 15,981 Land Cruisers were built in 1953.  Studebaker always had a following in Australia and early post-war sales were quite strong, albeit predominantly for trucks.  In 1953 a total of 190 Studebakers were sold here, of which 141 were cars – the majority of these were Champions but a handful of Land Cruisers did make it here.  Few of these remain on the road today, making the car offered here something of a rarity.

Understood to have been in the same family since new, this 1953 Studebaker is one of very few long-wheelbase Land Cruiser V8 models sold in Australia.  The original owner ran an engineering firm based in Parramatta and drove the Studebaker regularly for many years, converting it to a floor-change and adding a 4-barrel Edelbrock carburettor (along with a bonnet scoop to clear the air cleaner) but otherwise kept the car in original condition.  Inherited by the original owner’s nephew approximately seven years ago, the car has been kept in the NSW Southern Highlands ever since.  Regularly started and driven, recent work has seen the noisy diff replaced and the brakes completely overhauled with new shoes, the drums machined, the master cylinder and wheel cylinders re-sleeved.  Showing 63,887 miles on the clock, the Studebaker’s interior is clean and tidy - the front bench seat has one small tear, while the rear seat has hardly been used.  The Studebaker Bombay Red duco is cracked and faded, while the chrome and brightwork are pitted but the car is a great survivor and would make a fabulous club car or candidate for a rewarding restoration.  To be sold unregistered in NSW, the Studebaker will be sold with No Reserve.
Note: Shannons advise that all potential buyers research all vehicles before purchase to authenticate originality. 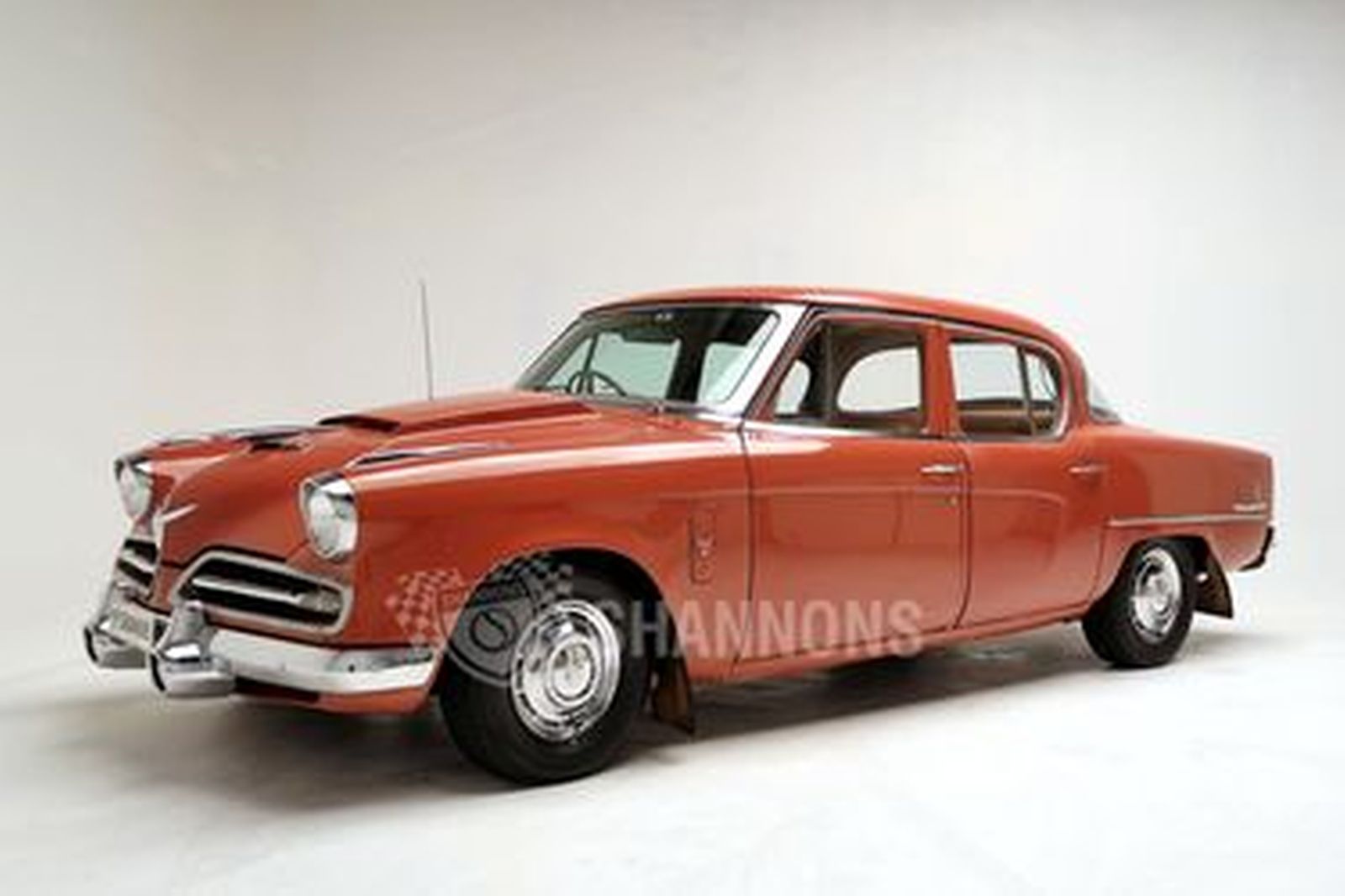