1597 people have viewed this lot

Porsche’s remarkable 356 put the Zuffenhausen Company firmly on the automotive map in the 1950s, with Dr Ferdinand’s original design - a somewhat basic sports car closely based on Volkswagen’s Beetle - evolving into a technically advanced, beautifully resolved machine over a production life spanning more than fifteen years.  The earliest 356s were powered by a Volkswagen-derived flat four displacing 1068cc and rated at 40 horsepower, but the 1300cc motor became an option from 1951 onwards.  In 1952 the body was refined with a one-piece windscreen (bent in the middle) and revised bumpers, while a new 1488cc motor became available with a roller-bearing crankshaft, twin Solex carburettors and a handy 60 horsepower on tap.  Other improvements included duplex front brakes, a rear parcel shelf and revised instrumentation (the tacho became standard).  Stronger brakes, full synchromesh gearboxes across the range and a new two-spoke steering wheel appeared in 1953, while two new 1500 motors became available, the 55 horsepower unit and 70 horsepower Super.  Sold in Coupe, Cabriolet and Speedster variants, the so-called ‘Pre-A’ 356 is highly prized amongst collectors for its rarity and purity of design.  Built at the instigation of Porsche’s North American distributor Max Hoffman, the original Speedster was a stripped down, open-topped version of the 356 and became very successful in North America as a dual-purpose sports car, proving popular with amateur race drivers competing in SCCA events.  Porsche built approximately 920 Pre-A Speedsters before adopting the new Type 616/1 and 616/2 motors in October 1955 and a total of 1,234 Pre-A cars were made prior to the official introduction of the 356A in January 1956.  The number of cars built for right-hand drive markets like South Africa and Australia was incredibly low, with only three cars understood to have been delivered here by local importer Norman Hamilton.  Thanks in part to its association with glamorous film stars like James Dean and Steve McQueen, the 356 Speedster has always been a very desirable Porsche and any Pre-A version ranks amongst the most collectible Porsches of all, with a cult following that shows no signs of waning.

Understood to be one of only three Porsche 356 ‘Pre-A’ Speedsters delivered new to Australia, this fabulous car was completed in Signal Red (paint code 601) with black leatherette upholstery, Type 546/2 engine number P35280 and gearbox number 6417 as confirmed by the Certificate of Authenticity supplied with the car.  Featured on the cover of Wheels magazine in January 1956, the magazine’s road tester concluded by saying “We have no hesitation saying that the Porsche Speedster is one of the best cars we have driven”.  Local importer Norman Hamilton sold the car to Sydney on July 6, 1955 and a period photograph, clearly taken in the 1950s or early 1960s, shows the 356 wearing a five-digit plate ’48-532’, identified by the distinctive louvred engine lid that survives with the car to this day.  Ending up in Darwin, the Porsche was involved in an accident in 1969 and didn’t turn a wheel for another 50 years, passing to a long-term custodian in the Brisbane suburb of Sherwood who stored it under his house in derelict condition for decades.  Last registered 48 years ago, the car was eventually tracked down and purchased by the current Sydney owner, a Porsche collector who instigated a ground-up, no expense spared restoration by renowned Melbourne marque specialist Peter Hardt.  Completed over several years, the car has been comprehensively rebuilt to show condition, the original Signal Red colour changed to the present stunning triple black combination.  Rarely seen in public since completion, the Speedster won best restoration at the exclusive Sydney Harbour Concours d’Elegance held in March 2019, testimony to the quality of Hardt Classics’ workmanship.  This incredibly rare Porsche - one of the most significant 356s in the country - is now offered for public sale for the first time in over half a century.  An unrepeatable opportunity for the serious Porsche collector to acquire a magnificent example of the iconic 356 Speedster with great Australian provenance, the car comes with a file containing old receipts, an original tool roll and will be sold unregistered.
Note: Shannons advise that all potential buyers research all vehicles before purchase to authenticate originality. 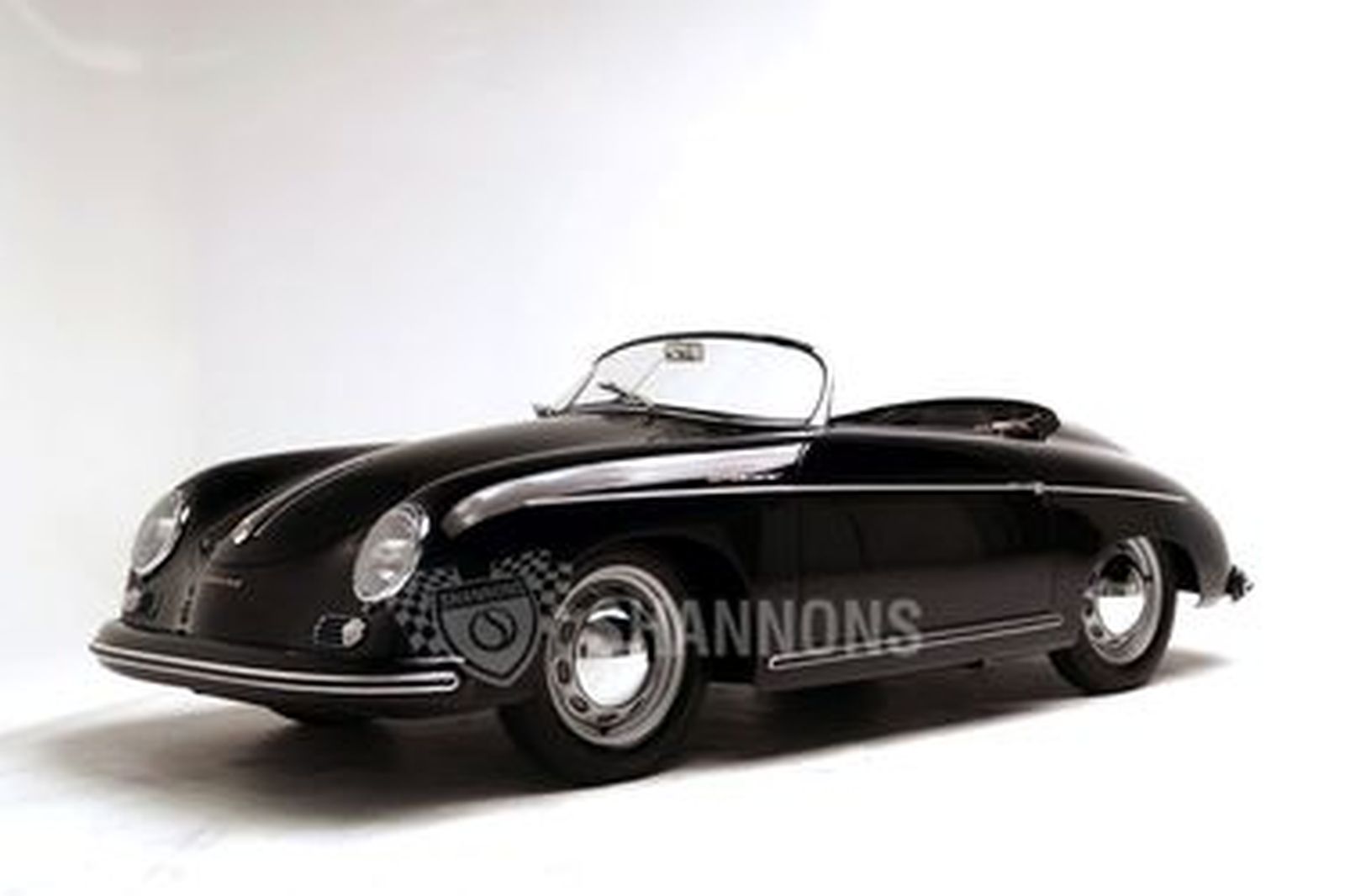