443 people have viewed this lot

Designed to fill the gap between Ford’s small Anglia and larger Zephyr models and launched in 1961, the mid-sized Consul Classic featured American-inspired styling dominated by quad headlamps, a narrow front grille complete with chrome star motifs, fins and a reverse-raked rear window - a styling gimmick first used by Mercury in 1957 and one employed to good effect on the Anglia.  The Consul Classic used the Anglia’s sturdy 1340cc Kent four-cylinder engine under the bonnet, either column or floor-mounted gearshifts and Girling disc brakes up front.  Badged the Consul 315 for export markets and sold in both two and four-door guises, a stylish coupe badged the Capri was added to inject some glamour into the model range.  Ford made several mechanical improvements in August 1962, including synchro on all four gears and a five-bearing 1500cc engine.  Two trim levels were available, the more upmarket De Luxe adding two-speed windscreen wipers and a cigarette lighter, while a heater remained an optional extra.  Billed as the family car that ‘Set the Style’, the Consul Classic ultimately proved too costly to produce.  Replaced by the cheaper Corsair in 1963, just 111,225 were made, of which only a fraction remain on the road today.  Famous as Paul McCartney’s choice for his first car, the stylish Consul Classic 315 is a great choice for the English Ford enthusiast, welcome at the many Ford days held around the country and ably supported by clubs worldwide.

According to the ID tag, this 1963 Ford Consul 315 is an original Lime Green car with Elm Green vinyl upholstery, the same colour combination it wears today.  Featuring the more desirable 1500cc Kent motor, the car has been in the current owner’s hands for the past six years and considerably improved; we are advised the engine has been rebuilt, the gearbox, brakes and suspension all overhauled and both the fuel pump and starter motor rebuilt.  New parts included a flywheel and clutch pressure plate, wheel bearings and inner and outer track rod ends, while the interior has benefited from reupholstered seats and new carpets.  Presenting in good condition throughout and a rare sight on Australian roads, the Ford Consul Classic would make a fantastic club car, eligible for numerous events on the motoring calendar every year.  Currently registered on non-transferable historic plates in NSW, the Consul will therefore be sold unregistered; supplied with an owner’s handbook and workshop, the car will be sold with No Reserve.
Note: Shannons advise that all potential buyers research all vehicles before purchase to authenticate originality. 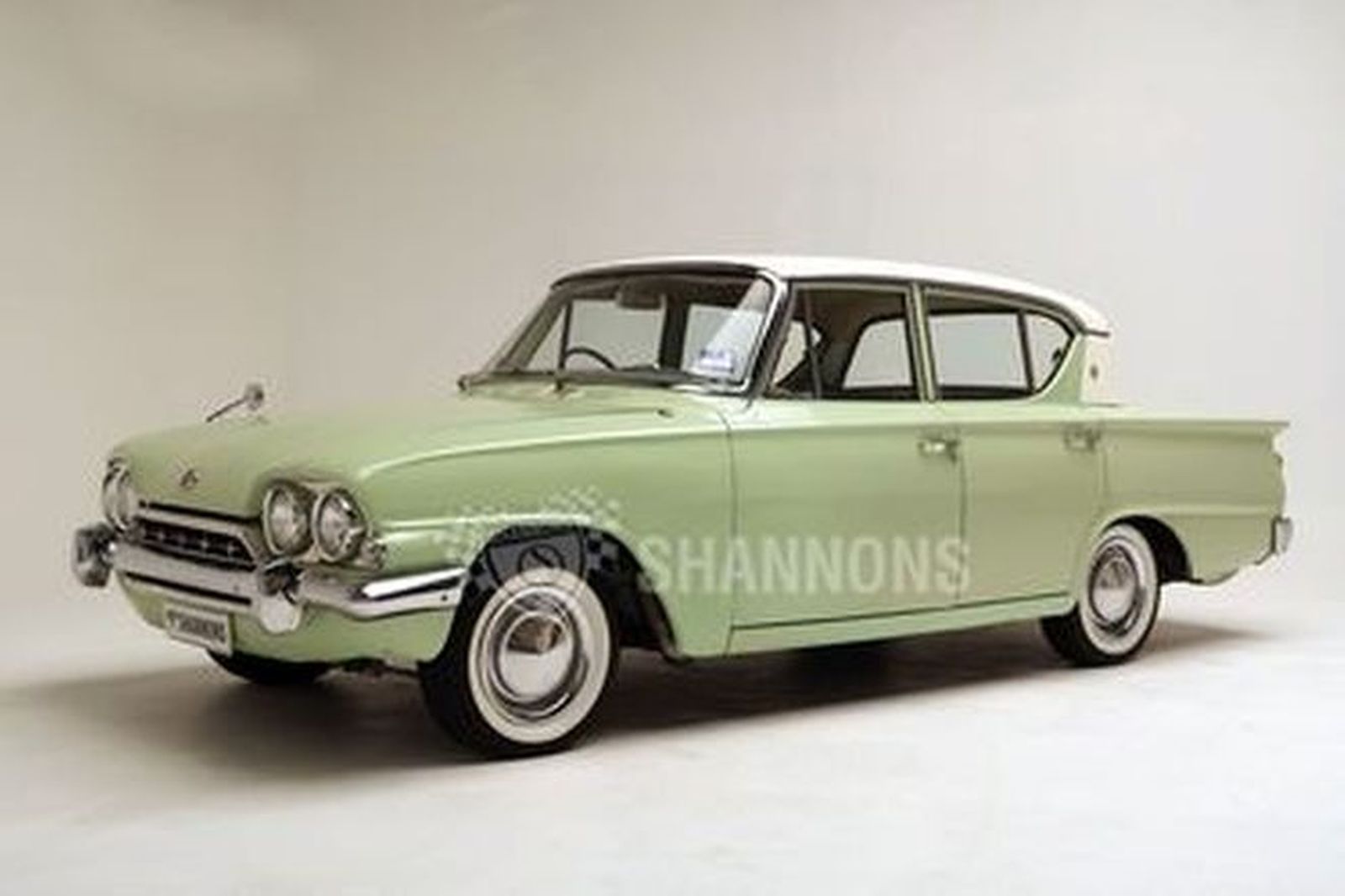