3216 people have viewed this lot

The Jaguar Mark II, in any of its various guises, remains one of the most desirable four-door cars of all time.  The combination of ‘Grace, Space and Pace’ offered by Jaguar’s compact sports saloon was unmatched by any rival of the era and the Mark 2 found favour with racing drivers, the police and criminals alike.  Launched in 1959, the Mark II range evolved from Jaguar’s earlier 240/340 models (retrospectively tagged as Mark 1s) but was far more than just a simple restyling job – significant changes to the suspension set-up, including wider rear track, endowed the new car with greatly improved handling characteristics.  The classic six-cylinder XK engine was available in three capacities: the 2.4-litre (with a new cylinder head), the 3.4 (using a new twin exhaust system) and – for the first time – the 3.8 motor shared with the big Mark IX.  Buyers could opt for a four-speed manual (overdrive was optional) or a Borg Warner three-speed automatic.  In 2.4-litre guise the XK motor developed a healthy 120bhp at 5750 rpm along with 144lb/ft of torque at 2000 rpm on the standard 8:1 compression ratio, fed by twin Solex downdraught carburettors.  In manual overdrive trim this equated to a top speed of 96.3mph and the standing quarter mile in 20.8 seconds, figures recorded by Autocar in March 1965.  The Mark II’s revised bodywork boasted a greater glass area for improved visibility in all directions, along with semi-recessed fog lights, a new grille and tail lights.  Inside, the Mark II retained the traditional timber veneer facia but featured a new dashboard layout, along with a fully adjustable steering column, centre console and new front seats equipped with deeper squabs and folding tables recessed in the seat backs.  Considered by many to be ahead of its time when first sold, the Jaguar Mark II remains an eminently useable classic saloon today, with excellent support provided by the many clubs and specialists around Australia.

According to the Jaguar Daimler Trust Heritage Certificate supplied with the vehicle, this lovely 2.4-litre manual Mark II was first sold through local distributor Brysons to a Miss V M Butters of the Sydney suburb of Hunters Hill, rolling off the Browns Lane production line on May 23, 1963 in the same colours – Opalescent Golden Sand over a light tan interior - it wears today.  The car has enjoyed a further seven caring owners, all based in Sydney, including former Liberal Party Leader and car enthusiast John Hewson, and comes with an extensive history file documenting its history back to the time of his ownership in the early 1990s.  The mileage can be traced back through the original log book and service records showing it had accumulated just over 24,000 miles by the time Hewson owned it.  The current owner, a Sydney enthusiast with a varied collection, acquired the Jaguar last year and has only driven it sparingly, taking the total recorded mileage up to 42,274 on the clock.  Invoices on file show considerable expenditure ($4,450) with marque specialist Graeme Lord of Fairy Meadow, NSW in late 2019 – a major service was carried out, including an overhaul of the twin carburettors, the cooling system and work on the suspension, transmission and steering.  As a result the Jaguar runs and drives sweetly, the original interior has developed a lovely patina – the car even smells just right and still has a period HMV push-button radio.  A fantastic club car at an affordable price, the 2.4-litre Mark II is an underrated classic Jaguar, with plenty of performance available in manual guise.  Currently registered on non-transferable NSW historic plates, the car will therefore be sold unregistered and at No Reserve.  A complete factory tool kit, car cover and manuals are supplied, along with a good history file and the very rare Jaguar service book.
Note: Shannons advise that all potential buyers research all vehicles before purchase to authenticate originality. 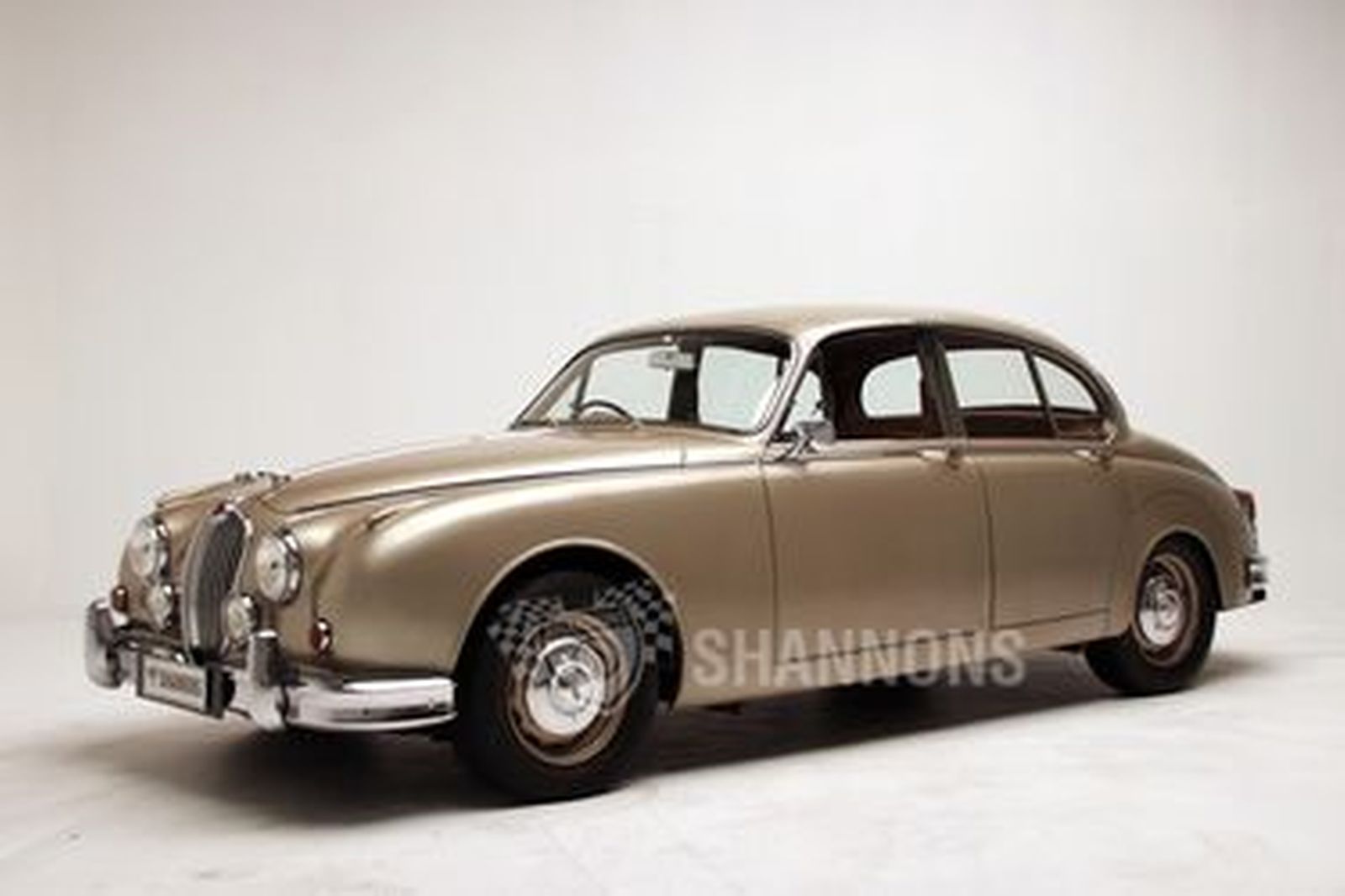