Ford Australia’s second-generation Falcon began with the Mustang-influenced XR series in September 1966, the first local model to be offered with the option of V8 muscle under the bonnet.  Unlike the original XK-XP series, the new XR Falcon had plenty of local input in both the design and development and gave rise to the uniquely Australian muscle car, the GT.  The succeeding XT and XW models heralded a whole host of improvements, including better equipment levels and more powerful engines, before the ultimate development, the XY model range, was introduced in October 1970.  With revamped front and rear sheet metal, Ford created what many regard as the best-looking Falcon of all, successfully updating the original shape for a new decade.  Sold in either six-cylinder or V8 form, the XY offered more performance than ever, was better built and - with improvements to the seats, handling and ride – proved a more refined package, that found favour with the press and public alike.  The Fairmont remained a more luxurious, better-equipped version of the Falcon and both could be had with the new range of Aussie seven main bearing six-cylinder engines, either in 200-cid or 250-cid guise, the latter remaining a mainstay of the Ford range for years to come.  The much-improved Cruise-O-Matic gearbox became the only automatic transmission available, fitted as standard equipment on Fairmonts and optional on Falcons.  For buyers seeking more grunt, Ford offered the 302-cid or formidable 351-cid V8s, as found in the legendary GT and race-bred HOs. Ford continued building a range of commercials, including the panel van and utility and even went so far as to offer a four-wheel drive ute.  The XY Falcon represented the end of an era and has always had a strong following amongst Ford enthusiasts, to the extent that values have been rising sharply across the range, from the base level Falcon 500s to the ultimate GT-HO Phase III. 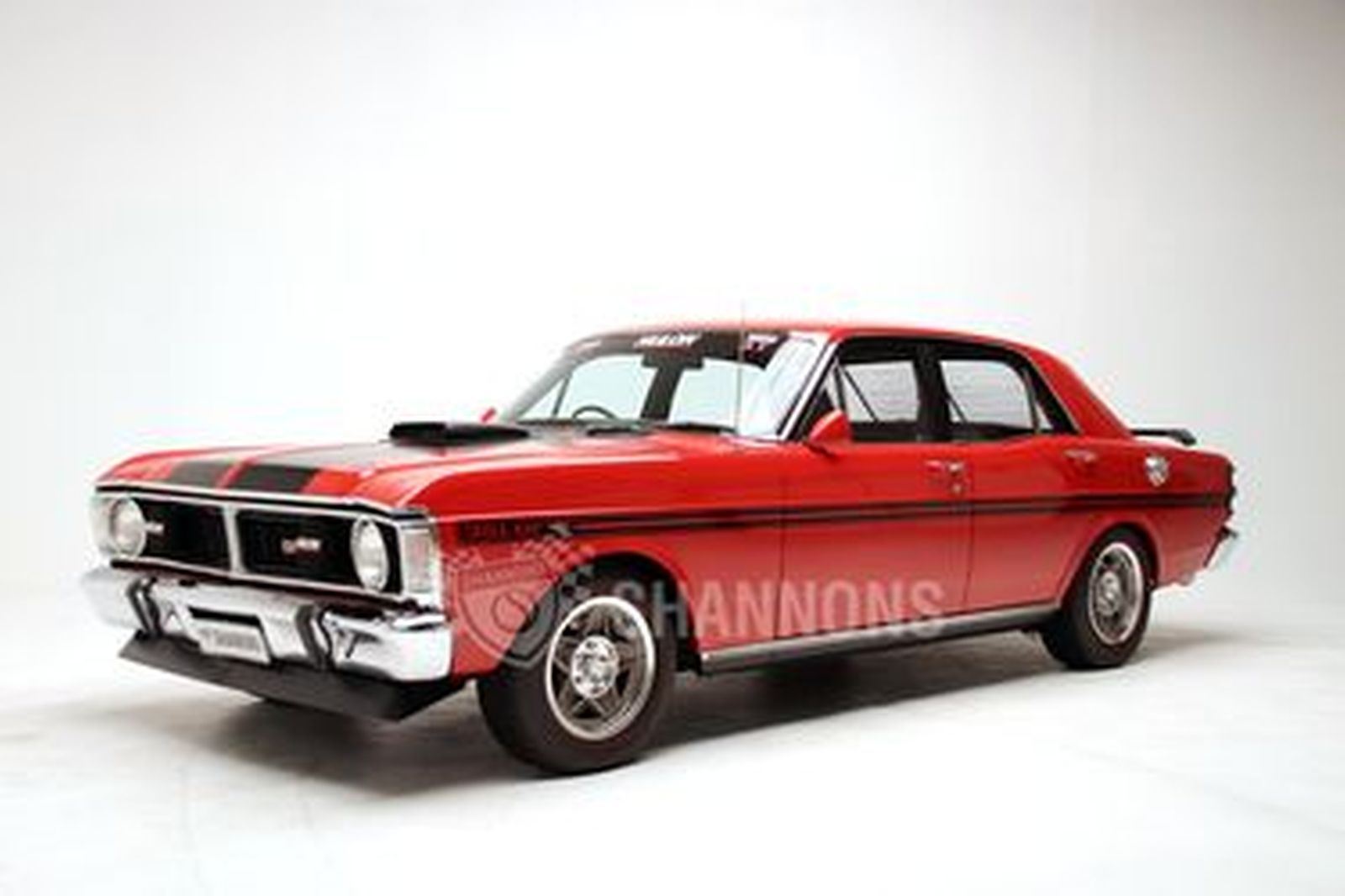