3668 people have viewed this lot

The first of the Big Healeys debuted at the 1952 Earls Court Motor Show and soon developed a reputation for mechanical ruggedness, aided by a successful competition career spanning two decades.  The original 100 model evolved into the 100/6 by 1956 but a lack of performance compared to the four-cylinder model meant further revision took place in 1959 with the introduction of the more powerful 3000, with greater stopping power thanks to new disc brakes up front.  The ultimate Big Healey appeared in October 1963, combining the more civilized convertible body of the BJ7 (featuring wind-up windows, quarter lights and a proper wraparound windscreen) with an all-new cockpit and a number of changes under the bonnet.  Known as the BJ8, or Mark III, the latest Healey boasted a new wooden facia panel and centre console, plus a folding panel above the occasional rear seats that doubled parcel shelf.  Mechanically the Mark III benefited from several modifications, including a revised camshaft profile for the 3-litre six, twin SU HD8 carburettors and a new twin exhaust system.  With a 9:1 compression ratio, the motor produced 148 bhp and 165 lb/ft of torque and the latest Big Healey capable of reaching 120 mph, making it the quickest production model from Abingdon yet.  Servo-assisted brakes were standardised, while overdrive remained an option on the four-speed gearbox.  Further refinements took place in May 1964, with re-shaped chassis side members and new rear suspension serving to eliminate a perennial Big Healey problem - a lack of ground clearance at the rear – and these revised Mark IIIs have subsequently been dubbed Phase IIs.  Of the 16,314 BJ8 Phase IIs built, around 85% of production was exported to the United States, with the last car rolling off the assembly line in early 1968.  Demand for the Big Healeys has always remained strong and values remarkably buoyant, but the real pleasure is to be had behind the wheel of these classic British sports cars.

As the last of the line, this  Austin-Healey 3000 Mark III benefits from all the mechanical improvements and interior upgrades made to this classic British sports car over the years.  Since arriving in Australia, the Healey has been converted to right-hand drive and the bodywork was restored by specialist Colin Rule, while the mechanicals were also rebuilt by Butler & Rudd of Brookvale, NSW during previous ownership.  Notable features include overdrive transmission, along with a Moto Lita wood-rim steering wheel.  The current QLD owners purchased the car from Shannons International Motor Show auction in November 2006 for their small collection of British sports cars and have done very little mileage over the past 13 years.  The older red duco shows very well, while the interior upholstery and trim has developed a lovely patina, reflecting the quality of the restoration work carried out over the years.  Currently registered in QLD, the Healey will therefore be sold unregistered and comes with a small receipt file.
Note: Shannons advise that all potential buyers research all vehicles before purchase to authenticate originality. 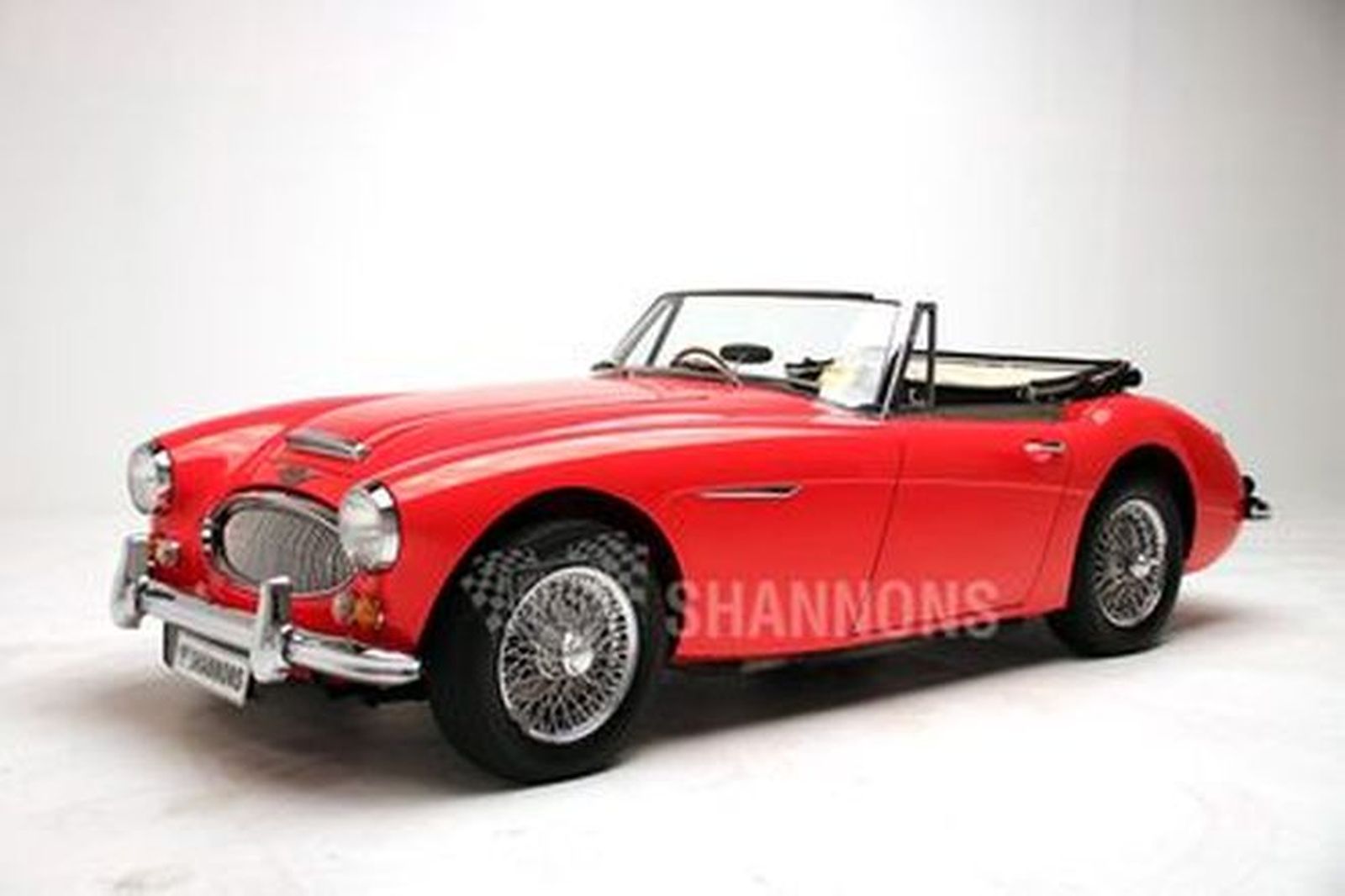