2320 people have viewed this lot

This lot is no longer available
Manufactured between 1923 and 1928, Rugby cars were built by Durant Motors and were effectively rebadged Stars built for export to the United Kingdom and Australia, as the Star name was already registered to a company in England.  In America, the Star had been introduced in February 1922 as a competitor to the Model T Ford and was built in both four and six-cylinder versions until January 1928, when the sixes became Durants.  Star also turned out a successful range of commercial vehicles, ranging from car-based ½-tonne utilities and vans through to larger trucks.  During this period every Star model had an equivalent Rugby and the model D40 was introduced in 1929 as the brand’s entry into the four-cylinder market, replacing the short-lived Durant M4.  Powered by a Continental Red Seal L-head engine rated at 36 horsepower, the D40 featured a 107-inch wheelbase and was sold in five different body styles including the Two-Door Sedan, Four-Door Sedan, Coupe and Roadster, all available in either Standard or DeLuxe trim.  Standard D40s came with a rear vision mirror, automatic windscreen wiper, electric horn, combination brake/tail light and chrome-plated radiator, lamps and other fittings instead of nickel plus a tool kit, while DeLuxe models added front and rear bumpers, a luggage rack, twin spares, chrome-plated cowl band and wire-spoked wheels in place of the wood-spoke artillery rims.  Other notable features of the 1929 D40 were the Morse Silent Timing Chain and Bendix four-wheel brakes, along with a new range of colours.  These versatile and dependable American vehicles proved popular with tradesman in Australia and consequently some of the best-preserved examples survive here. 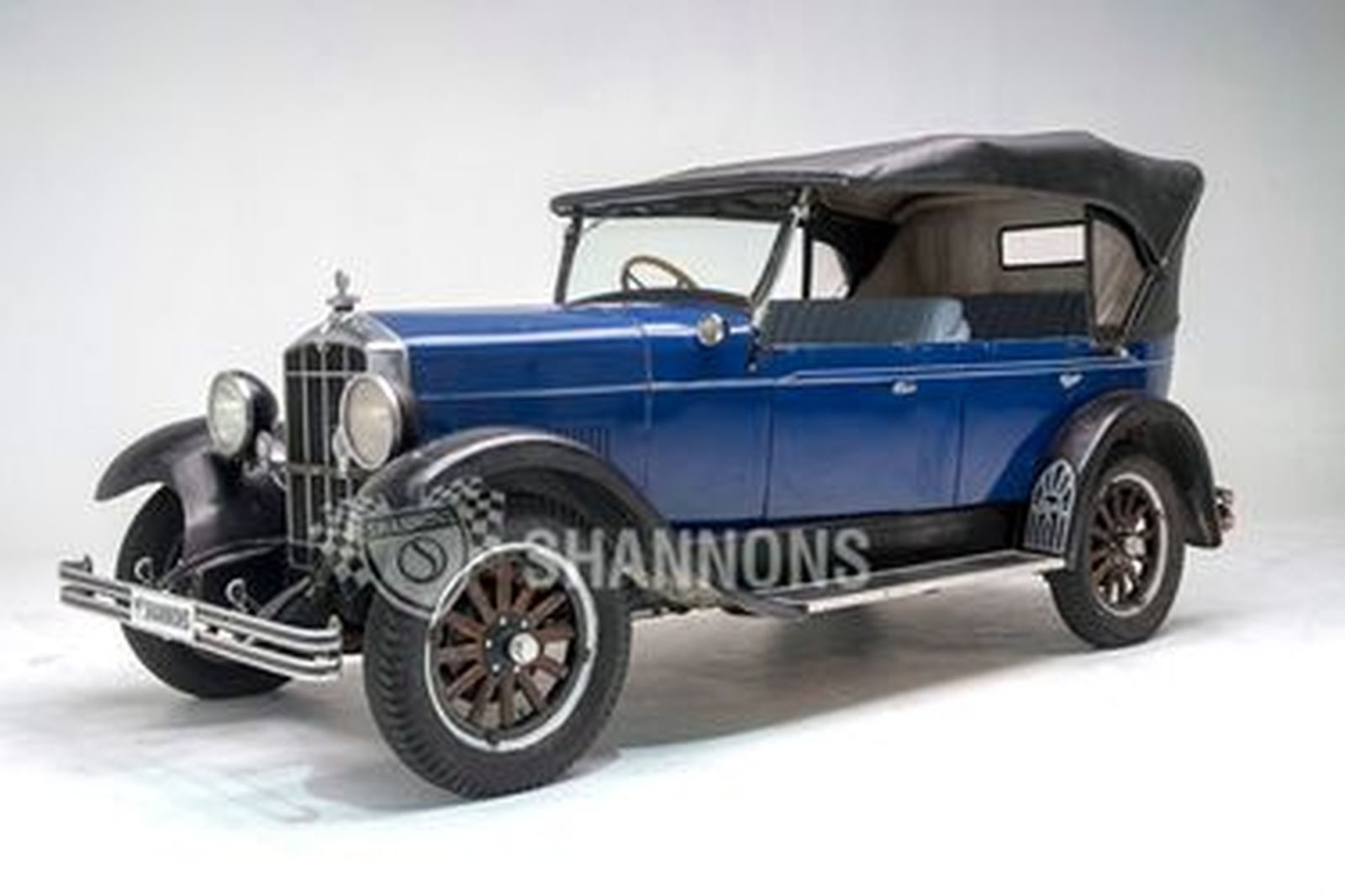