5634 people have viewed this lot

This lot is no longer available
Zenith Motorcycles was a British motorcycle manufacturer established in London in 1903, which briefly also made cars in 1905 and 1906. The first Zenith motorcycle was the 'BiCar' of 1903, which was based on the Tooley Bi-Car design, purchased by Zenith for its own production. In an era when motorcycles were fundamentally little more than bicycles with engines crudely fitted into the frame, the BiCar was a unique, indeed revolutionary, design. It had a novel frame, with the main tube running from the rear wheel spindle along the machine, round the front wheel and back again. Under this, on each side, ran a second tube to carry the weight of the rider and the engine, which was hung from joints to eliminate vibration. It had hub centre steering, so there were no front forks as such - the handlebars were connected to the wheel axle by stays. The engine was a centrally mounted air-cooled 3hp 400cc Fafnir (from Germany) with a free-engine clutch and Watawata belt drive to the rear wheel, which had a drum brake. The engine featured either a Longuemare or Binks carburettor, trembler coil, a two-speed epicyclic gearbox, a Brooks saddle and sat on Clincher tyres. The Zenith BiCar evolved year-on-year and by 1907 had a saddle supported by its own subframe, with a curved tube and uprights going down to the rear, a larger tubed main frame, and a larger fuel tank. Zenith evolved its subsequent designs along more conventional lines as the years passed and enjoyed a great deal of competition success, particularly at the Brooklands racetrack. In 1914 the factory moved to larger premises at the old East Moseley Mill near Weybridge, Surrey. In WW1, the factory turned its attention to commercial sidecar outfits, before picking up its racing and endurance trial activities after the war. Precision, Villiers, Bradshaw, Martlett, British Anzani, Fafnir, and JAP engines were all used in various Zenith models until, in 1931, Zenith declared bankruptcy due to the Great Depression. 'Writers of Kennington', a principal Zenith dealer, purchased the name and restarted production at the Hampton Court factory in Surrey but World War II interrupted production again, and Zenith finally ceased production in 1950. 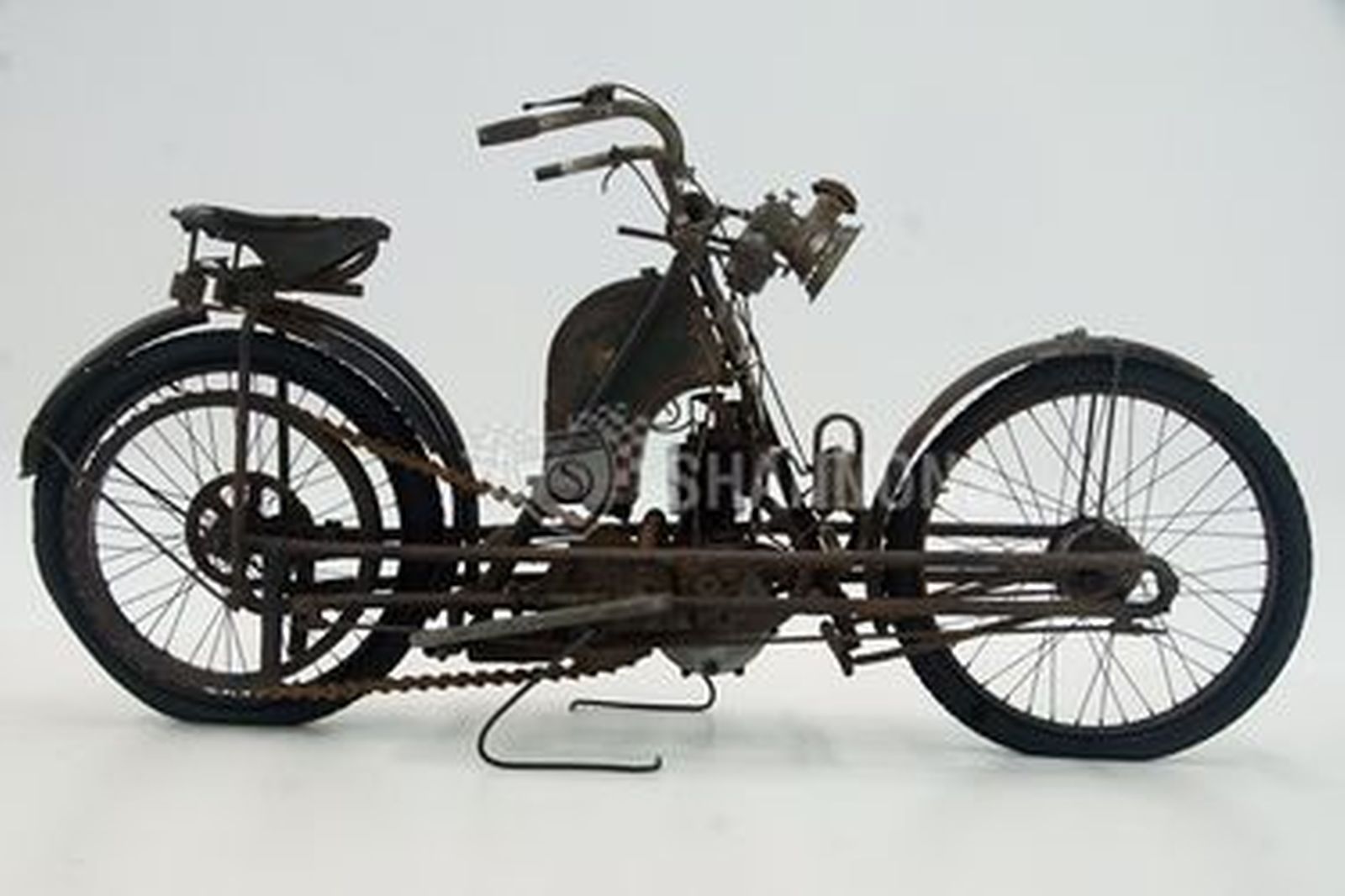